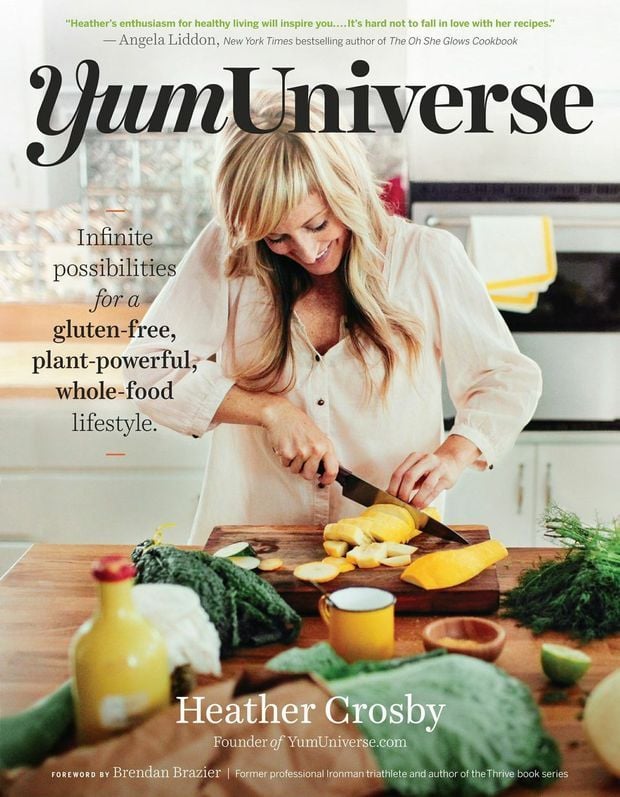 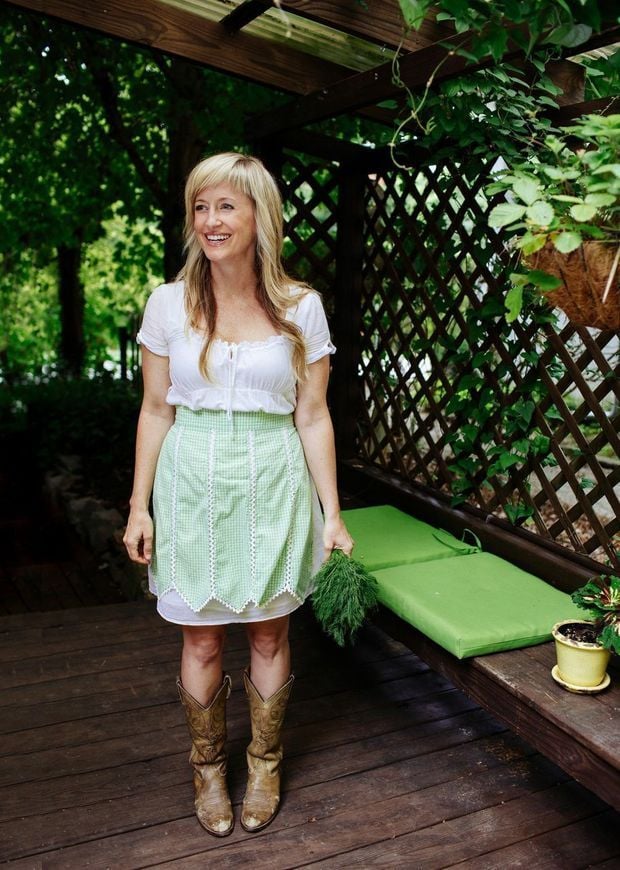 Courtesy photo Heather Crosby, creator of YumUniverse.com, will be in Shepherdstown, West Virginia for a book release party. 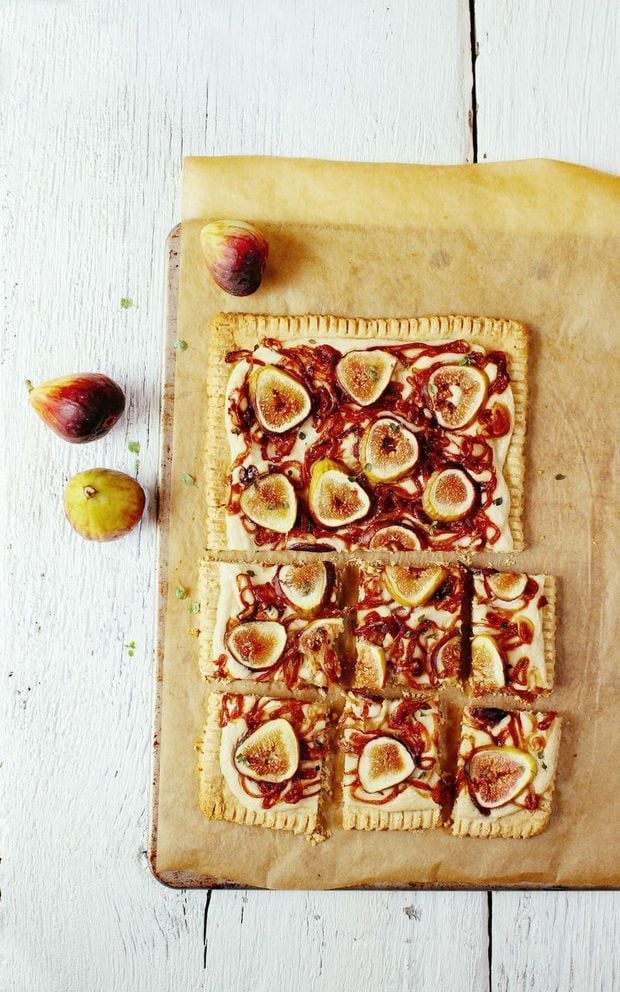 Courtesy photo A creation by Heather Crosby, author of the new "YumUniverse" cookbook.

Courtesy photo Heather Crosby, creator of YumUniverse.com, will be in Shepherdstown, West Virginia for a book release party.

Courtesy photo A creation by Heather Crosby, author of the new "YumUniverse" cookbook.

Who knew eating dairy free, gluten free and vegetarian could be fun? Heather Crosby, that's who. The Shepherd University alumna, who recently moved back to the small town after living in Chicago for 16 years, will host a book release party for her "YumUniverse" on Saturday. Released in October, this is her first cookbook, but she has created several ebooks, available through her website, YumUniverse.com.

Her book gives more than 150 recipes that are meat-, dairy-, gluten- and soy-free, with options and tips given throughout for you to change up recipes to suit varying dietary needs. In this age of food restrictions and foodies alike, Crosby's book is a breath of fresh air, a creative approach to cooking that also incorporates the why and how behind a plant-based diet while keeping it real and keeping it fun.

What was it like eating growing up? Any great cooks in the family?

Despite my mother’s efforts, I used to be a serious veggie-phobe and like most American kiddos, I grew up eating a pretty Standard American Diet — fast, canned, packaged, processed, meat- and dairy-focused foods. I had a serious sweet tooth as well, so there was a lot of sugar in my life. My grandmother “Maudie” was a terrific comfort-food cook and used to prepare incredible meals for our very large family at least once a week. I know I get my entertaining bug from her — she loved to throw a party for family, friends and anyone who wanted great food, a cocktail or three, and good times. I like to use the recipes she used to serve us as inspiration and put a plant-powerful twist on them.

Why do you choose a plant-based diet? And a dairy-free and gluten-free diet, if you also follow that?

When you don’t eat your first salad or veggies until you’re 19 years old (true story), sickness is inevitable. I struggled with strep throat and more colds and flu than the average kid, but my poor diet really caught up to me in my early 20s.

Illness inspired me to go plant-based, but very soon after I began researching, the more reasons I had to stick with this lifestyle (animal welfare, environmental realities). For years, doctor after doctor told me I had this disease or that disease. I had all the scary tests, was handed prescription after prescription, but no one could explain to me WHY I was suffering. When I was finally told that I would have to be on medication for the rest of my life, it was then that I realized that I’d have to turn the ship around myself. I wanted answers, not meds — I didn’t want to mask symptoms, I wanted to heal the cause of my discomfort for good. Lots of research and plant-based foods helped me get there.

It took a while — like all sustainable change does — making changes step-by-step, but eventually my palate changed, my symptoms subsided, and I started to feel better than I ever imagined I could. I was able to rely on a powerful basis for comparison as motivation to keep going and learning. After some time eating a plant-based diet and some time spent tuning into what my body wanted, I realized that the only thing left that caused me discomfort was when I consumed gluten. It was one of the last hurdles for me.

You can read all sorts of studies and debates online from the pro-gluten and con-gluten camps, but there’s really no better motivation than personal results and knowing how good the body can feel. I had no real idea what my body was capable of, and once you get a taste of real relief, true healing, that is more important, and powerful, than the slice of bread with your soup. "YumUniverse" the book is full of the recipes I developed to be gluten-free, plant-based and animal-free but with all the comfort and flavor my grandmother would have served up. There is so much memory and emotion tied to what we eat and I didn’t want to approach what I could eat from a deprivation perspective. I approach it creatively. I want to show folks how delicious plant foods can be, without the labels. And I want to show people how it can be done — how to save money, how to prepare, plan — everything you need to make it work.

Are there any favorite holiday recipes in your family that you've altered over the years?

My mom and grandmother used to make the best hot fudge sauce to pour over vanilla bean ice cream and any pies that were served up at holiday time. I have a recipe for a rich dairy-free Hot Fudge Sauce and a creamy Vanilla Bean Ice Cream in the book that was definitely inspired by them. My Maudie also used to make the best gravy I’ve ever had in my life, and while my take on it isn’t in the book, it is on YumUniverse.com.

It depends on the day! Sometimes, I’m in the zone working hard on a project but know I need to eat some lunch, so I hit the fridge and throw what I have around in a skillet, add some spices and voilà. Other times, I remember an old family favorite, or see something tasty online and think “I’m going to the store tomorrow to get some ingredients to make my own plant-inspired version of that!” I also keep a few lists of things I’d like to make — somehow I just keep adding to it. I never run out of ideas. If I want to eat it, I figure out how to make it, and with that, inspiration is everywhere.

Also, when/how did you start experimenting with your own recipes?

When I realized that in order to heal myself I had to cut out about 98 percent of what I was eating ... I knew I had to make my own recipes. Back when I was making these changes, there weren’t as many tasty plant-based recipes out there as there are now. There were a lot of unattractive, one-note flavored recipes and that bummed me out. I wanted to feel excited about the changes I was making and be rewarded for my efforts with delicious food. I started to experiment, play, make mistakes and learn — I kept all my notes in a binder and after a year or so, I realized that I wanted to share what I was coming up with online. That’s how and why YumUniverse.com was born — to share.

What kitchen appliance/utensil could you not live without?

My high-powered blender! I use it at least once a day. It’s a must for making sauces, non-dairy cheeses, smoothies, ice creams, milks and even nut butters. It was pricey, but it’s an investment in my health and I have paid for it probably 100,000 times over with use. I’d take it to a desert island with me and even if there wasn’t any power, that’s cool — we’ve bonded, my blender and me.

What can people expect at your event in Shepherdstown?

We have such a party planned!

Local partners Grapes & Grains Gourmet will be doing a wine tasting for guests, Eden Design/Spark will be offering some giveaways, Joy Lewis Floral will outfit the party with her gorgeous designs, Four Seasons Books will be selling copies of YumUniverse, and Domestic Restaurant and Bistro 112 will be offering partygoers with post-party drink and dinner specials so people can stay in Shepherdstown and enjoy all the holiday goodness going on that night.