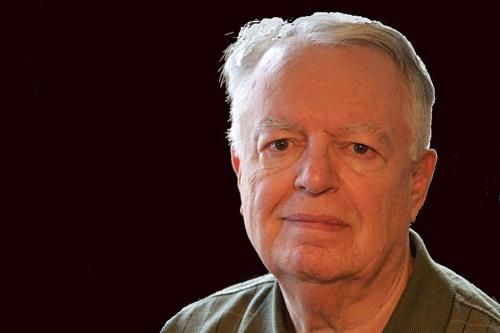 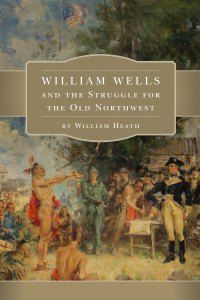 Despite his actions and impact on American history, William Wells remains mostly unknown to the general public.

The frontiersman whose life and adventures with the Miami Indians and Americans in the late 18th century rivaled those of Davy Crockett and Daniel Boone, had little information about his existence that survived today.

Using parts of a semi-autobiography written by Wells himself and the notes of others alive during this time period, Frederick author William Heath struggled in his efforts to document the legendary man’s life.

“He was captured by the Miami Indians in 1784 and then turns up again in 1792 offering his services to the Americans,” Heath said, noting he could not find more than that initially.

However, years of research and travels to libraries and research centers across the country ended with the publication of a 520-page book called “William Wells and the Struggle for the Old Northwest,” which was released this March.

Blending authentic history with the author’s craftsmanship of the English language, the book details Wells’ life as a “man in the middle,” someone who was constantly conflicted by his loyalties to two vastly different groups.

Captured by the Miami Indians at age 13, Wells was adopted into the tribe and later became a warrior, even marrying the chief’s daughter. However, his American birth and childhood led him to become an American spy, and he often served as a translator between the two groups.

Heath said he is often asked as to why Wells decided to help the Americans, which he described the answer as “very complex with multiple factors.”

In part, it was because “his Indian wife and child were captured by the Americans and he had to negotiate” their release. The influence of his American family finding him years later and convincing him to switch sides also played a part. But Wells also knew the Miami Indian way of life was doomed, Heath said.

After a lifetime of living between two cultures, Wells died in during the War of 1812.

“He died a martyr at the Battle of Fort Dearborn,” Heath said.

Wells believed he had negotiated the evacuation of the fort, located near modern-day Chicago, but was soon attacked by Potawatomi Indians and died on Aug. 5, 1812, according to Heath.

Heath, a Youngstown, Ohio, native who moved to the Frederick region in 1981, said he had been drawn to the history surrounding this region.

“I’m from Ohio, so I’ve always had some curiousity on what went on in that part of the country,” he said, noting most of the book takes place in the Midwest area.

Although this is Heath’s fifth book overall, it’s his second book about Wells. Published in 2009, “Blacksnake’s Path: The True Adventures of William Wells” is a historical novel detailing Wells’ adventures based on Heath’s research.

At the suggestion of his publishing agent, Heath decided to compose his latest book as a biography of Wells in hopes his research and information could be used as a true account of what happened and fill in any gaps of knowledge about this time period.

“It has an extensive bibliography... a reader said he could publish the bibliography alone,” Heath said, laughing. “But I do rely on (primary sources) heavily.”

A professor emeritus of the English department at Mount St. Mary’s University, Heath said he combined his training in the history field with his passion for the written word, making his biography unique from biographies recorded by historians.

Paul Andrew Hutton, the author of “Phil Sheridan and His Army” echoed this statement in his review of the book, stating in his praise that “William Heath brings a novelist’s graceful style and a historian’s impeccable research to this fascinating biography.”

Despite his many published books and role at Mount St. Mary’s, Heath lamented the popularity of his writings.

“I’ve lived in Frederick County since 1981. It seems like I ought to be better known than I am,” he said.

Heath plans to publish “Conversations with Robert Stone,” a collection of interviews with the American novelist, in 2016.

What: Frederick author William Heath will discuss his latest book "Williams Wells and the Struggle for the Old Northwest." Books will be available for signing and purchase after the event.

Cost: Free and open to the public