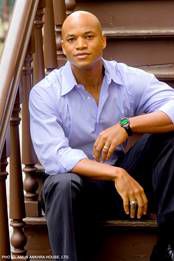 Admission is free but tickets are required. New York Times bestselling author of "Five Days: The Fiery Reckoning of an American City," an account of five days in the life of a city on the edge, told through eight characters on the frontlines of the protests that overtook Baltimore after the death of Freddie Gray.

"The Other Wes Moore," which chronicles the lives of two kids named Wes Moore who both grew up fatherless in similar Baltimore neighborhoods. The author's journey took him from wayward inner city youth to decorated combat veteran, Rhodes Scholar, White House fellow and more. The other Wes Moore ended up convicted of murder and serving a life sentence.