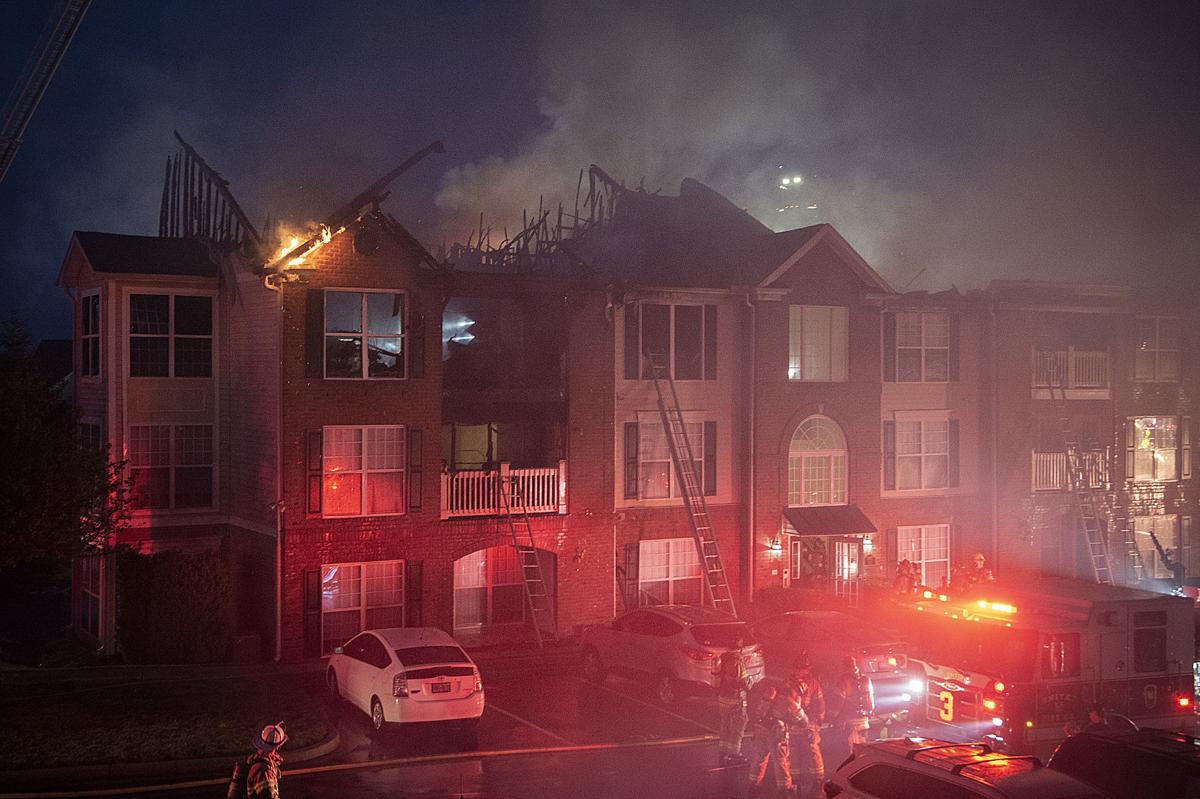 Firefighters arrived on July 26 to find fire in the Ridge View Condominium building. Much of the third floor and roof were destroyed. As many as 50 residents were displaced by the fire. 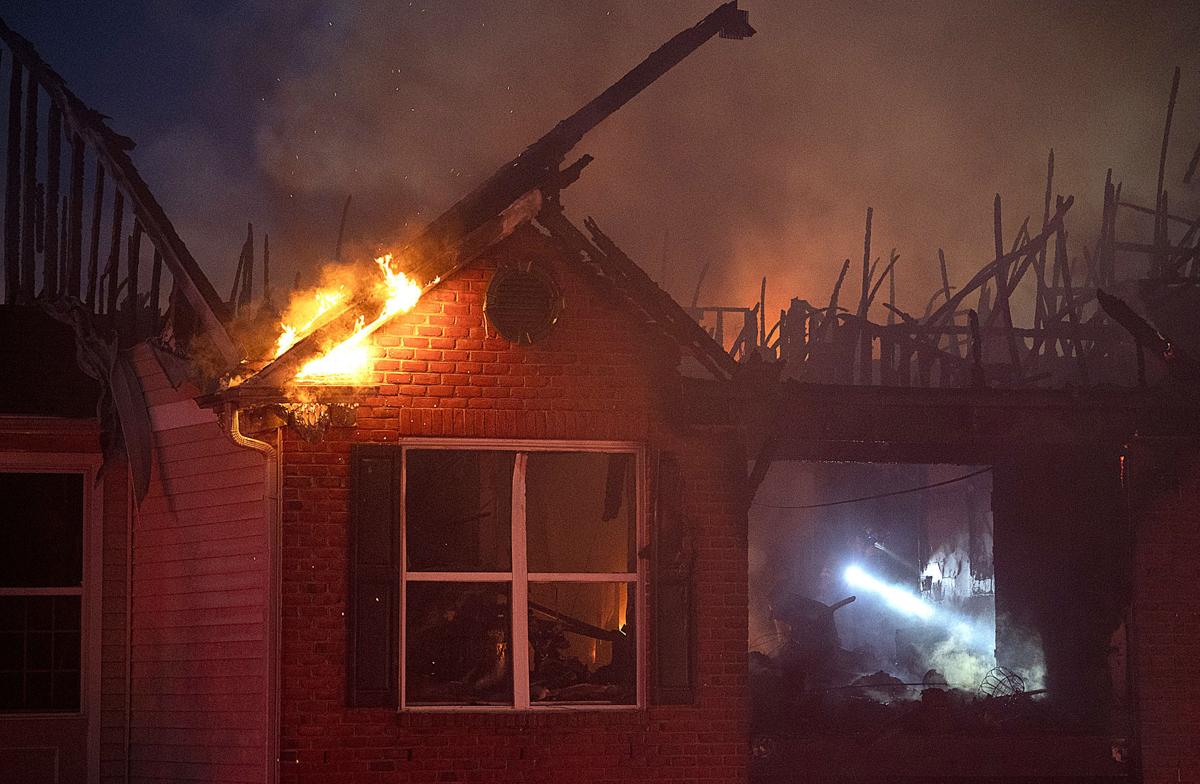 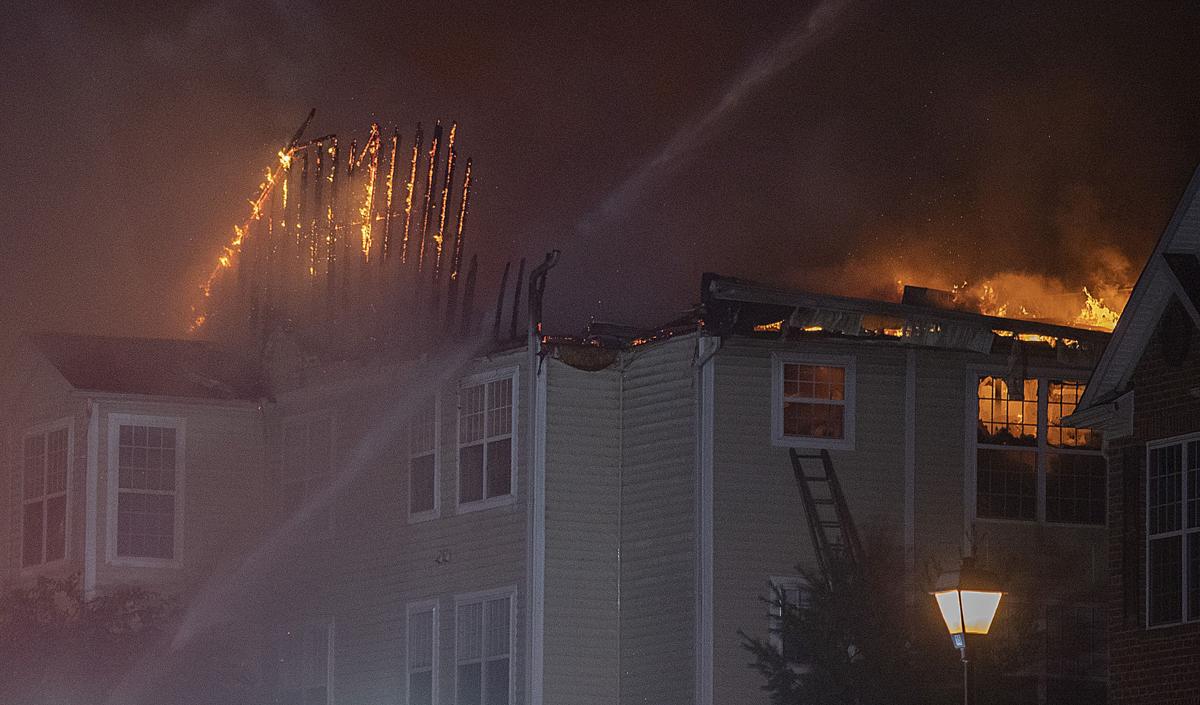 Firefighters arrived on July 26 to find fire in the Ridge View Condominium building. Much of the third floor and roof were destroyed. As many as 50 residents were displaced by the fire.

Twelve condominiums were damaged and all the building’s residents were displaced Sunday morning after a 2-alarm fire in the 2500 block of Shelley Circle in Frederick.

There were no injuries reported, according to a news release from Sarah Campbell, spokesperson for the Frederick County Division of Fire and Rescue Services.

Firefighters arrived at the scene to find heavy fire in the third floor and roof area of a three-story condominium building shortly before 5 a.m.

As many as 50 occupants were safely evacuated from the building.

It took about 75 firefighters around an hour to get the fire under control and another hour and a half “to extinguish hotspots and perform overhaul,” according to the release.

The cause of the fire is still being investigated by the Fire Marshal’s Office.

This story will be updated as more information becomes available.

The investigation into a fire that gutted a condo complex off Shelley Circle on July 26 remained under investigation Wednesday, but fire offic…

Just terrible. Glad everyone got out safely. Thank you firefighters.

Kinda wonder why sprinklers and firewalls didn’t seem to make any difference.

I heard it started on a balcony. If a fire is able to grow and spread enough on the exterior of a building like this, the sprinklers and fire walls can't do much.

It got into the attic space and once that happens it is too late. No sprinklers there. I don't understand why these porches don't have sprinklers. The apartment fire down in Ballenger a few months ago was the same situation. My condo building has sprinklers on every porch. It could help in this situation.

Porches don't as they are a freeze-point in winter. Most condos and towns prohibit cooking on balconies or decks for just this reason. Would be interesting to know if it was already prohibited and someone violated that.

Sprinklers are possible on a deck or balcony, but when subject to freezing it would need to be a dry pipe system.

They do have them. Mine has them. The glass that breaks in the event of a fire is connected to a long pin that is 12 inches inside the wall. The water never gets to the sprinkler head unless it activates so it doesn't freeze. There are also dry systems that have air in the lines until a sprinkler head is triggered and then it will first release all the air pressure and allow water to flow.