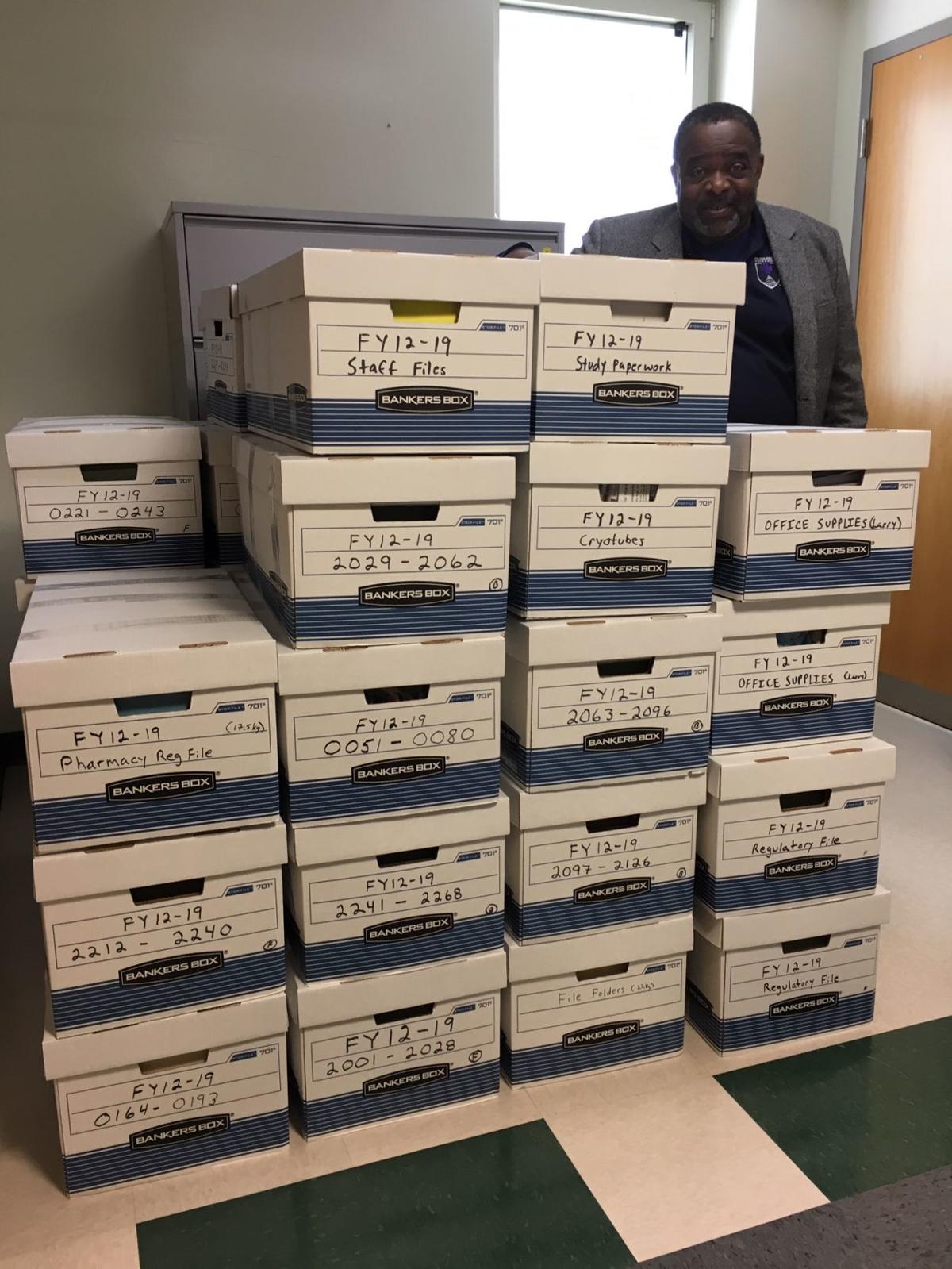 Dr. Phillip Pittman stands next to boxes of files from his study on a new smallpox vaccine. 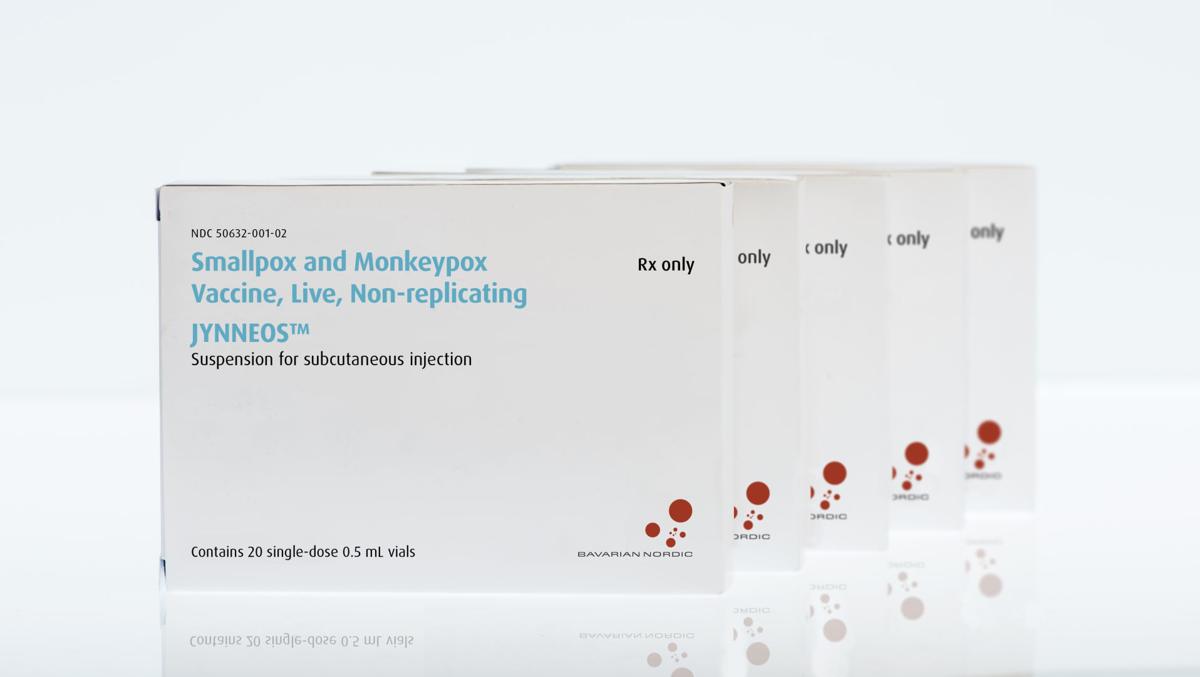 The new smallpox vaccine from Bavarian Nordic has its roots in Fort Detrick.

Dr. Phillip Pittman stands next to boxes of files from his study on a new smallpox vaccine.

The new smallpox vaccine from Bavarian Nordic has its roots in Fort Detrick.

The Food and Drug Administration recently approved a new vaccine for smallpox that has its roots in Fort Detrick.

The JYNNEOS vaccine, produced by pharmaceutical company Bavarian Nordic, was approved by the FDA in September. It is a live, non-replicating vaccine that will be used to prevent smallpox and monkeypox, according to a release from the U.S. Army Medical Research Institute of Infectious Diseases.

In a statement Bavarian Nordic CEO Paul Chaplin called the FDA approval a “tremendous milestone” for the pharmaceutical company and the U.S. Department of Health and Human Services.

“Together, we have shown that it is possible to develop a safe and effective medical countermeasure for national security threats like smallpox,” Chaplin said in the statement.

The smallpox and monkeypox is mostly aimed at military members who will be going to high risk areas. The last case of naturally-occurring smallpox was in 1977, with the World Health Organization declaring the disease eradicated on a global scale in 1980, according to the National Institutes of Health.

But even though smallpox does not naturally exist, the disease does still exist in laboratories in Atlanta, where the Centers for Disease Control and Prevention has its headquarters, and in Russia.

The vaccine was created in case the disease were to return, whether that was man-made or through melting of the permafrost, said Dr. Phillip Pittman, chief of USAMRIID’s Department of Clinical Research. While smallpox is likely in the permafrost in Russia, it is unclear if it could be grown, according to NPR.

“This vaccine does mark, it is a real game changer in terms of vaccinations against smallpox,” Pittman said.

Frederick-based BioFactura recently received a $67.4 million contract to work on a cure for the disease on the same in-case basis.

Monkeypox, which the vaccine also prevents, is a rare disease that is not eradicated. There have been few cases since the 1970s, mostly in African countries, although there were cases in the United States in 2003, according to WHO.

There were several reasons to create a new smallpox vaccine, Pittman said.

The current smallpox vaccine, which was discontinued for public use by 1983, has several side effects, he said. One of those is a scar due to how the vaccine was administered. Instead of single injected, it required multiple jabs.

The new vaccine is done as an injection instead of the pricks, he said, which means there will be no scar.

People who have HIV or are immunocompromised for other reasons could not get the old vaccine, which meant about 10 percent of the general population could not get it, Pittman said.

Bavarian Nordic took on a call from the United States to modify their technology to create a safer smallpox vaccine, with the focus on immunocompromised populations, said Thomas Duschk, spokesman for Bavarian Nordic, in an email.

USAMRIID did not work with smallpox, said Caree Vander Linden, spokeswoman for USAMRIID. But they can work with related viruses like monkeypox.

Pittman led a phase 3 trial in South Korea from March 2015 to Aug. 17. A phase 3 trial is the final stage before licensing. The study showed promising results, Pittman said.

There will still need to do post-marketing to show the vaccine’s safety, he said.

This story has been updated to reflect that 10 percent of the general public could not get the old smallpox vaccine due to being immunocompromised or HIV positive.

Sens. Chris Van Hollen and Ben Cardin toured a military laboratory at Fort Detrick on Friday, just days after sending a letter to the U.S. sec…

Why don't we look at leprosy, another good way to waste money.

The still available small pox vaccine is one of the few vaccines that actually is a little bit dangerous - a live vaccine that rarely does cause severe illness. It is still given to people at risk of monkeypox - a sometimes fatal disease - and to many lab workers who work with related viruses. So the new safer vaccine is useful even if there is never another smallpox outbreak.

Congratulations to the team at BN. Well done![thumbup]