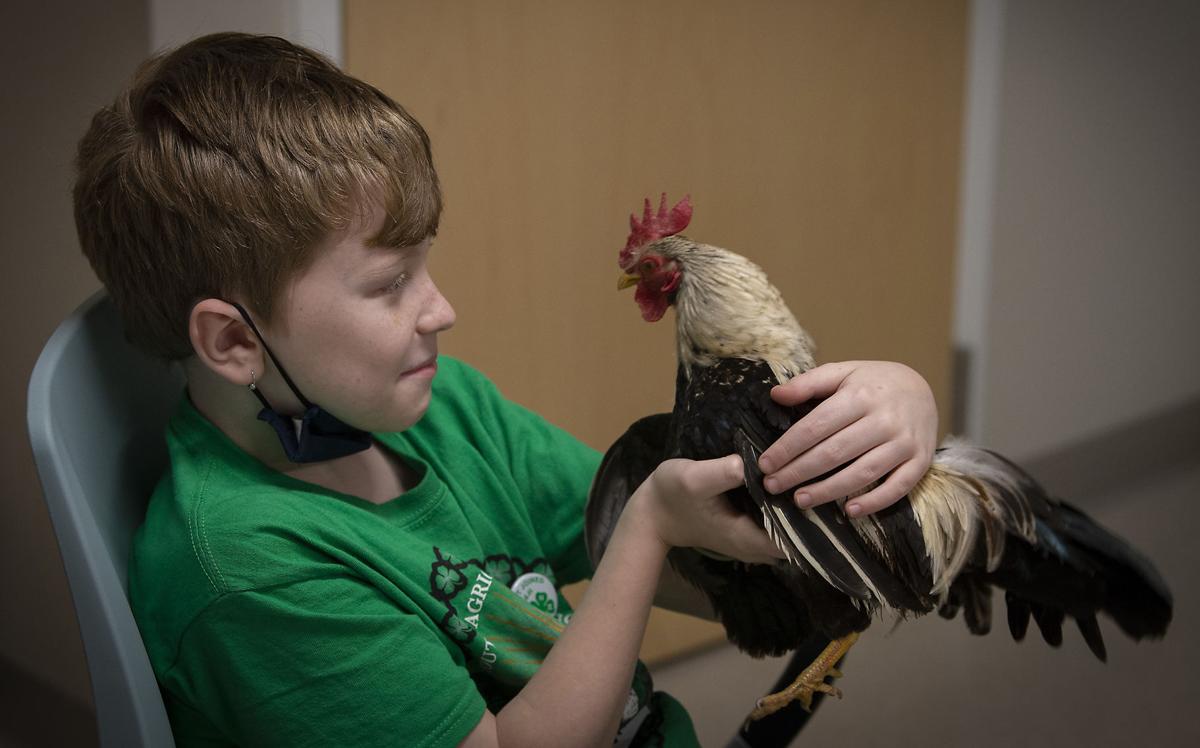 4-H member Triston Higgins, 9, holds his Malaysian Serama rooster he was deploying. The roster was just one of a number of the farm animals on hand at the Frederick County 4-H Showcase Wednesday night at the Evangelical Reformed United Church of Christ in Frederick. 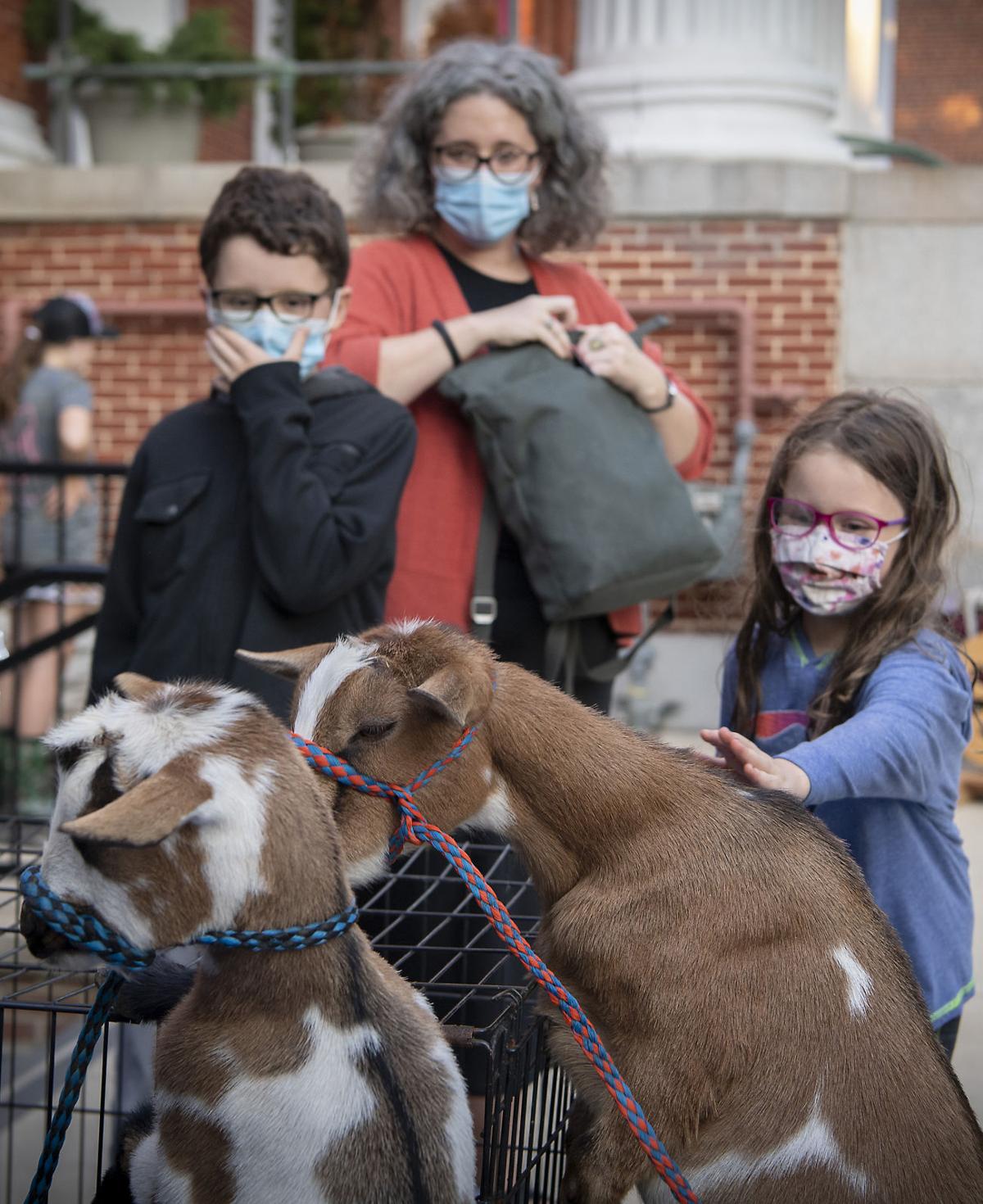 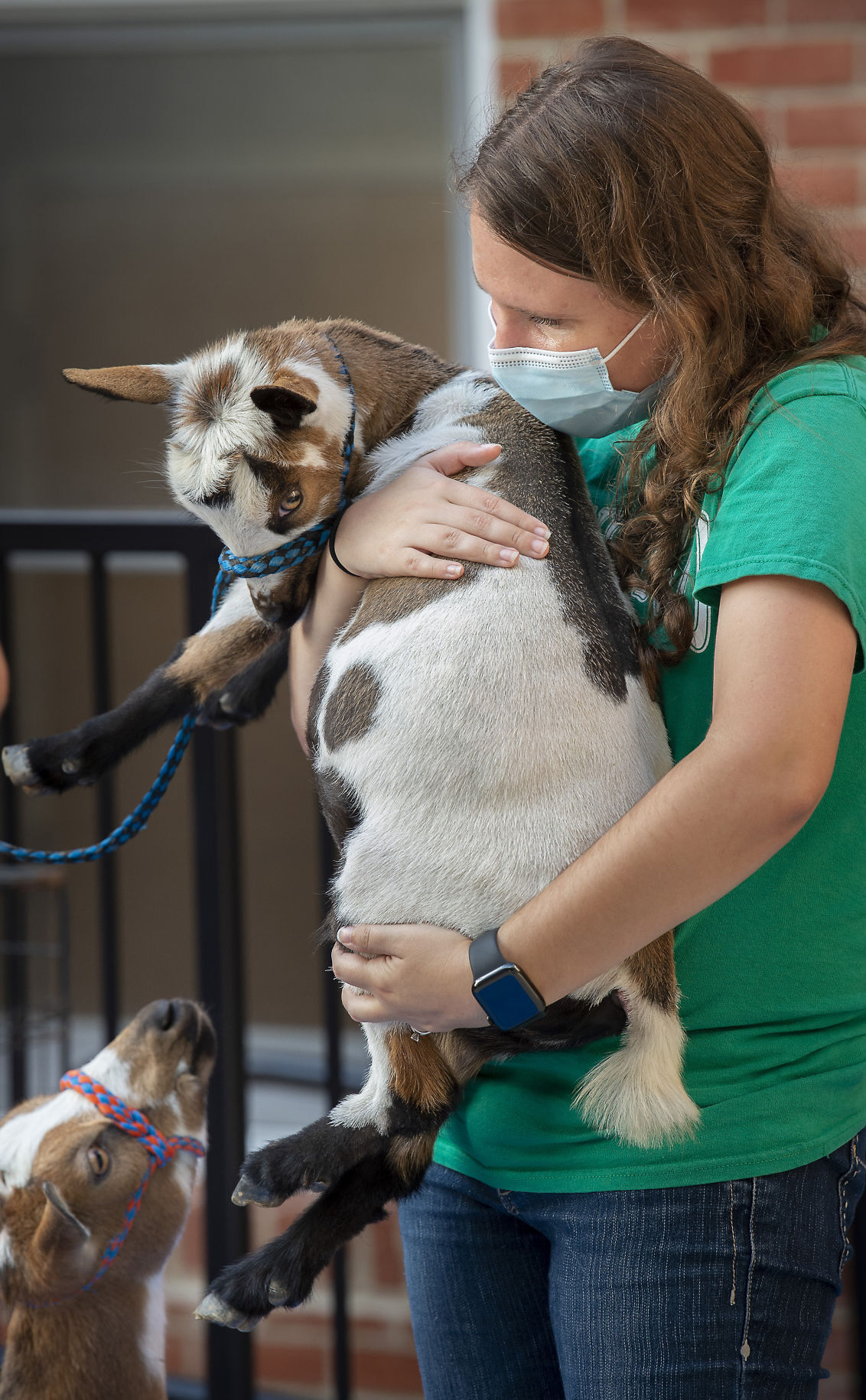 Sara Goodman, 4-H program assistant and showcase coordinator, holds Mocha, a Nigerian Dwarf goat, as Cinnamon tries to get some attention. The goats were just a few of the farm animals on hand at the Frederick County 4-H Showcase Wednesday night at the Evangelical Reformed United Church of Christ in Frederick.

4-H member Triston Higgins, 9, holds his Malaysian Serama rooster he was deploying. The roster was just one of a number of the farm animals on hand at the Frederick County 4-H Showcase Wednesday night at the Evangelical Reformed United Church of Christ in Frederick.

Sara Goodman, 4-H program assistant and showcase coordinator, holds Mocha, a Nigerian Dwarf goat, as Cinnamon tries to get some attention. The goats were just a few of the farm animals on hand at the Frederick County 4-H Showcase Wednesday night at the Evangelical Reformed United Church of Christ in Frederick.

Ben Cronkite, 16, didn’t have a name for the plump, white-furred and red-eyed rabbit he was showcasing. Perhaps it’s because the bunny is one of roughly 80 the Knoxville native owns.

As the teenager brainstormed a suitable name, other young Frederick County 4-H members displaying their rabbits in the Evangelical Reformed United Church of Christ in downtown Frederick blurted out suggestions. “Mr. Handsome,” a young boy yelled above the rest.

Cronkite, who’s been with 4-H for five years and this year served as a lead ambassador, was expressly proud of the rabbit, which he chose to feature as part of the organization’s week-long showcase. But he, like others in the program, wanted to convey the totality of the youth development organization.

In a three-hour event that featured an assortment of animals and a bounty of creative projects, the University of Maryland Extension and 4-H held its Animal Night on Wednesday, the final installment of the week's public showcase.

The event, which featured local 4-H clubs, members, families and volunteers, began Sunday with a cake auction and culinary night. The organization then hosted an evening dedicated to STEM studies on Monday followed by a gardening night Tuesday.

The series of events had traditionally been part of The Great Frederick Fair, but the two entities were unable to strike a partnership agreement in advance of this year's fair. Showcase organizers said they hoped hosting the event at the downtown church would help them tap into audiences that wouldn’t otherwise participate in 4-H events, or who may not be familiar with the organization.

In addition to event organizers, a collection of sheep greeted attendees. Inside the church, Gaige, 11, was explaining the contents of his award-winning poster, titled “Gun Safety with 4-H.”

Other parts of the room also displayed Gaige’s work, including the young boy’s ideal breakfast setup, which also won an award.

Just feet from Gaige’s poster were four members of the organization’s Tailwaggers club, who brought their dogs to perform a series of tricks and demonstrations.

Other parts of the church featured a cow-milking simulator and a hands-on demo on the importance of handwashing.

Down the hall, Ruby Watkins, of Frederick, greeted those who passed by a hatching chicks incubator and a quartet of caged chickens. She has led and overseen children in the organization for more than two decades.

Despite being accustomed to having the showcase as part of the fair, Watkins was pleasantly surprised by the attendance the church drew for the events.

“It’s better than I thought it would be,” she said.

Watkins aided 9-year-old Triston, a first-year 4-H member, display his chickens, for which he developed an interest because of his love for eggs. Triston explained how the color of a chicken’s earlobes can be an indicator of the color of its eggs. Birds with white lobes produce white eggs, while those with red lobes have brown eggs, he announced.

Meanwhile, in the adjacent room, Cronkite and his rabbit were chilling. The Knoxville teen said 4-H members spend the entire year working up to the showcase, and he conveyed his hope that the inaugural downtown event would bring increased interest to the organization he holds dear.