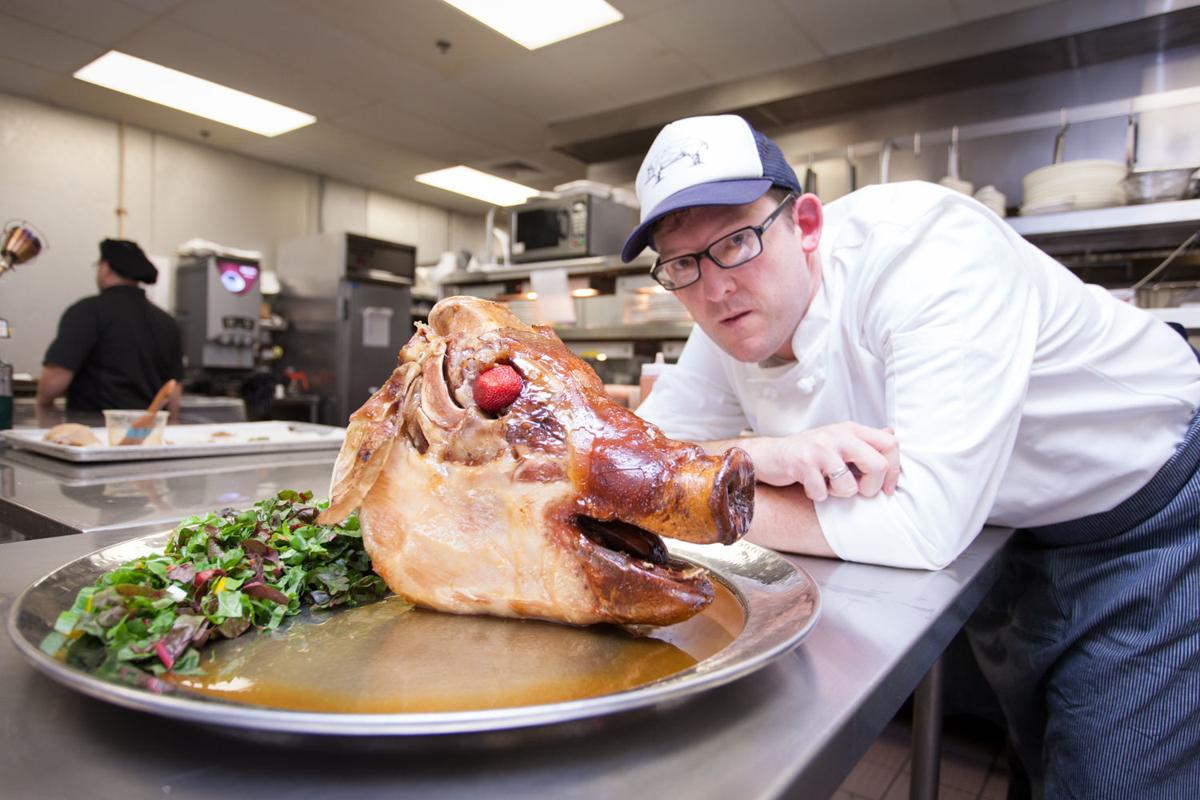 Chris Spear, the owner of Chefs Without Restaurants is pictured with a pig’s head at an Off The Shelf event in Westminster. 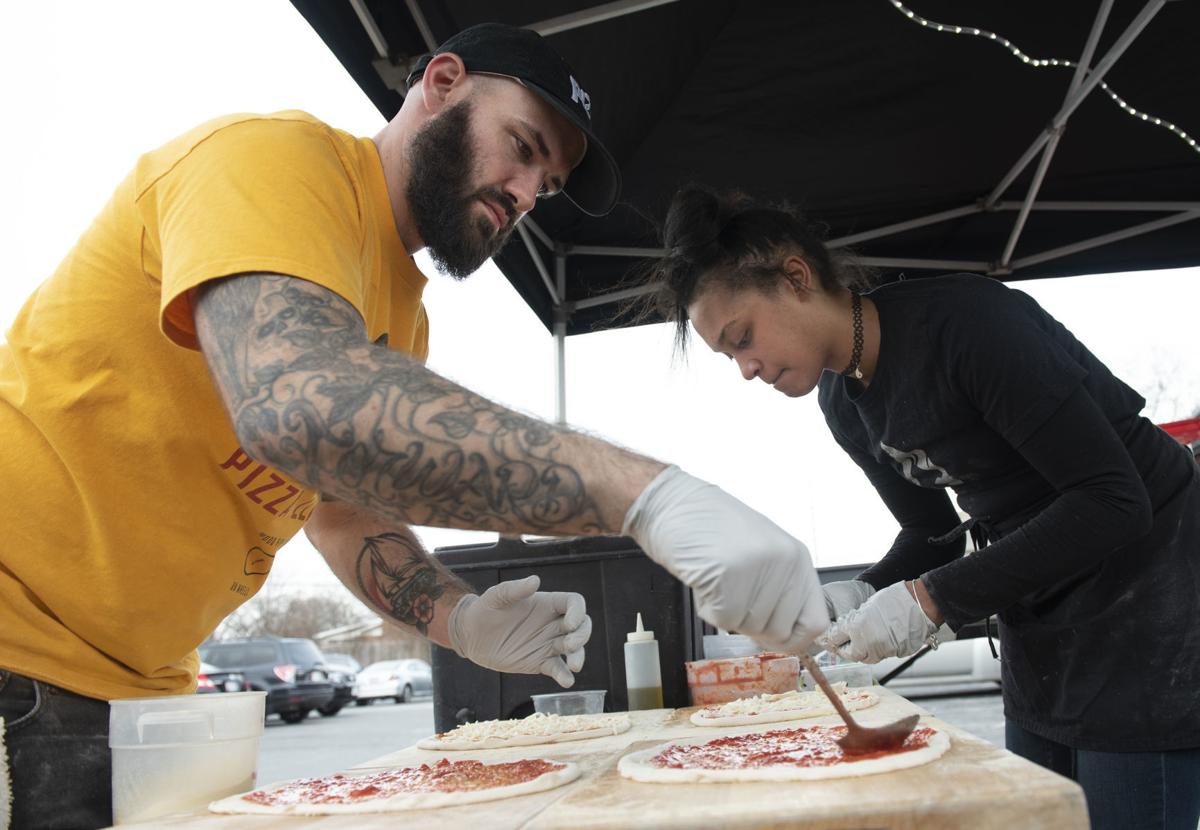 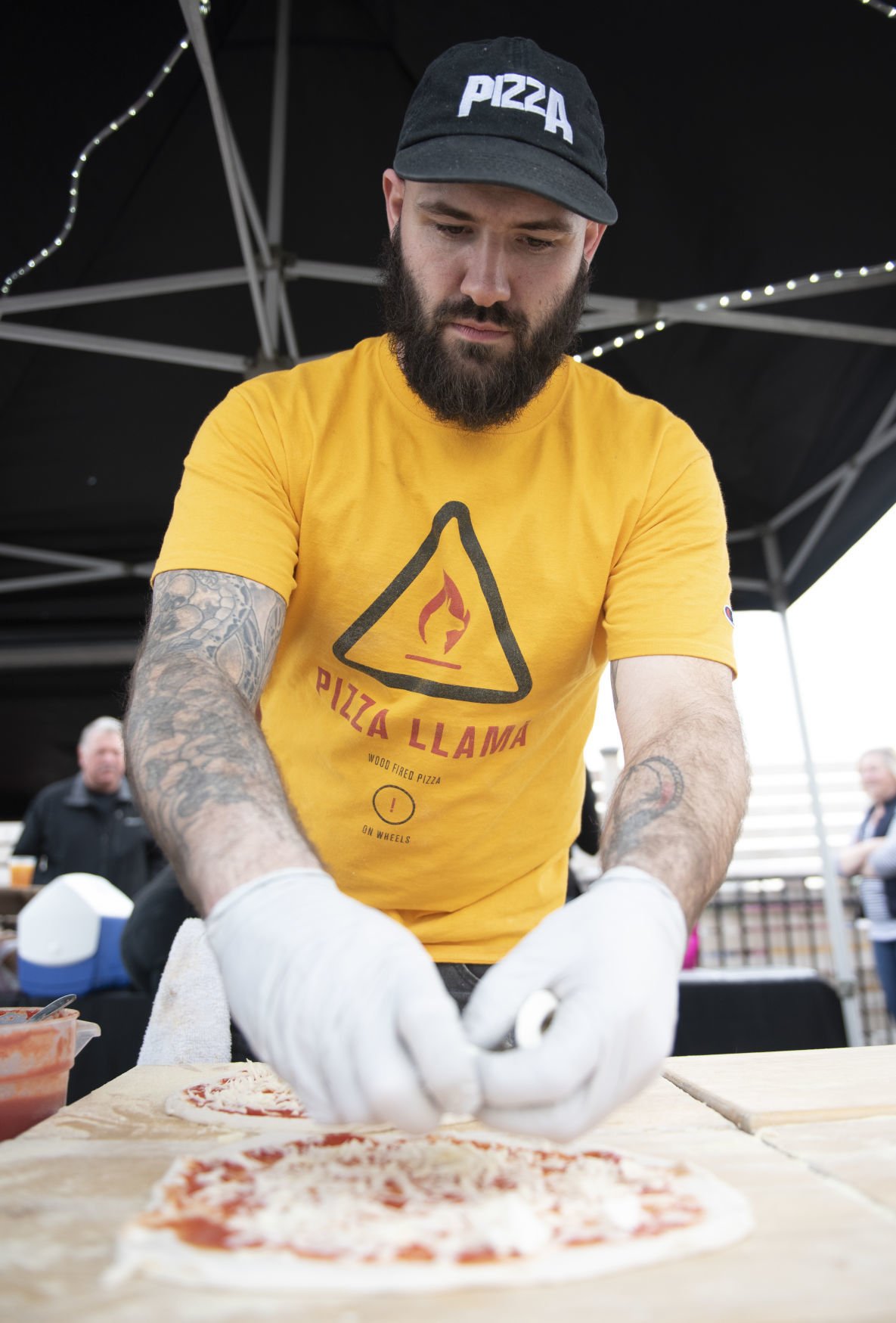 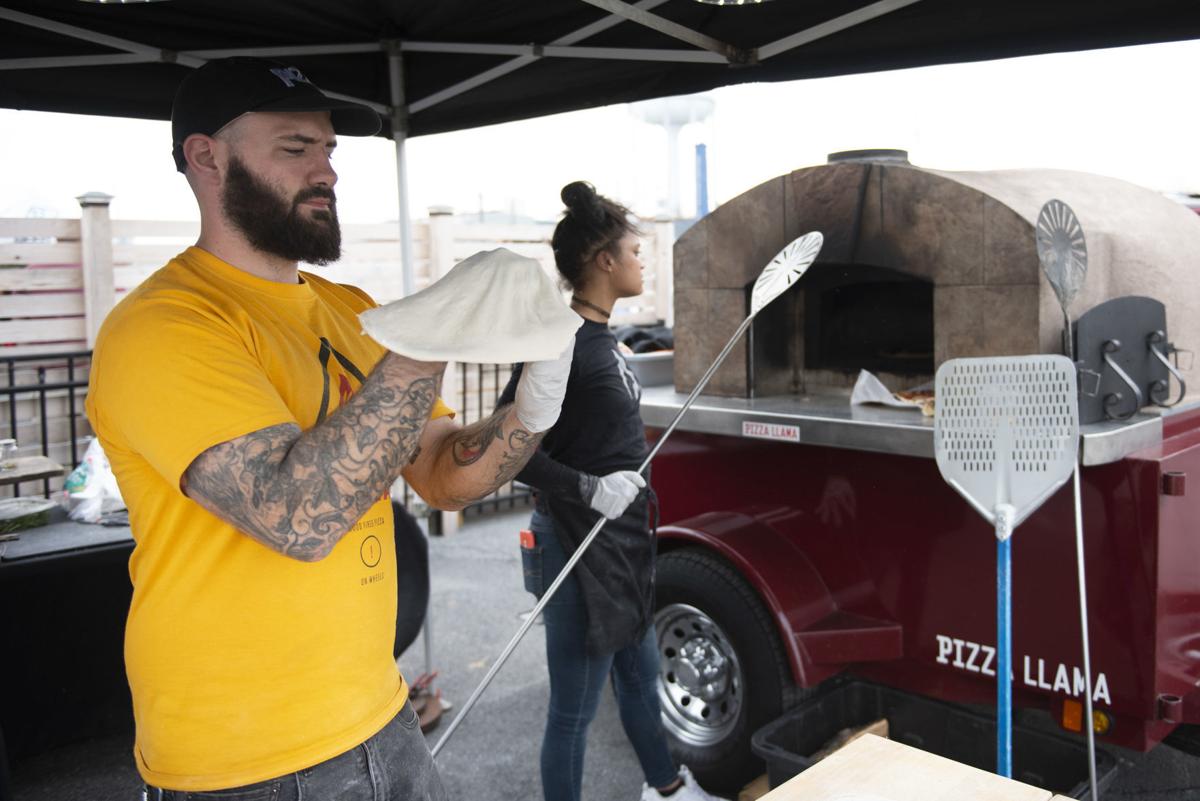 Chris Spear, the owner of Chefs Without Restaurants is pictured with a pig’s head at an Off The Shelf event in Westminster.

Chris Spear’s last kitchen job was with Sodexo, an international food services company with sites all over the world.

He was managing a facility with four separate dining rooms and more than 100 employees, but he wasn’t doing much cooking, despite his long history in food service and a culinary degree from Johnson & Wales.

“What happens when you move up is you stop cooking, and all the sudden you’re an HR manager,” Spear said.

He wanted to get back into the kitchen, and the flexibility of the job allowed him to launch Perfect Little Bites, a personal chef business based out of his home in Frederick.

Within a few years, Spear left his job at Sodexo to focus on the company full-time. But once he became an independent business owner, he realized he missed the camaraderie of the kitchen.

“At Sodexo, I had two chefs de cuisine, four sous chefs — just an insane number of people,” he said. “Then, overnight, I had no one.”

To combat the loneliness, he launched a Facebook group that he named Chefs Without Restaurants. The purpose of the group, he explained in an inaugural post, was to unite a scattered community of culinary professionals working outside the traditional kitchen setting.

“Personal chefs, food truck operators, caterers, chefs in contract food service, and anyone who wants to get together and have a have a good time,” he wrote. “I miss being able to work with other people.”

Just over a year after the group was founded, Spear said he’s gotten membership requests from chefs as far away as New York and Thailand. The closed Facebook group currently has 231 members, most centered around Frederick and Washington, D.C.

It’s also become a troubleshooting resource for an increasing number of independent business owners. Spear said the personal chef industry is still growing in Frederick, but food trucks — as in most cities — have become an entrenched part of the culinary scene. More than half a dozen new trucks have launched over the past three years, according to Health Department records, and most owners are in the same boat as Spear, either working alone or with a few other employees.

Working solo has its benefits, including flexibility and creative control, but it also means navigating local regulations and assuming the full risk of failure, Spear pointed out. Both factors became an issue for local business owner Andrew Wilkinson, who’s operated a mobile wood-fired pizza oven since 2016.

His company, Pizza Llama, falls into a tricky gray area when it comes to Health Department regulations, Wilkinson said. Because the oven can’t operate from the closed confines of a food truck, he said, the agency won’t issue him an annual license (food program manager Wendy Cochran didn’t respond to several requests for clarification, but Pizza Llama isn’t included on the department’s list of licensed mobile units).

Wilkinson is limited to special events permits, he said, which makes the business highly seasonal. A few months after he quit his full-time job to run the company, he realized that Pizza Llama wasn’t sustainable under its current operating schedule. This past December, he decided to buy two Breville Smart Ovens, specialized devices that can reach temperatures of 750 degrees and mimic wood-fired style pizza.

Around the same time, Spear encouraged him to join Chefs Without Restaurants.

“I guess I haven’t always considered myself a chef because I’m not really traditionally trained,” Wilkinson said. “When I first heard about the group, I guess I just didn’t really feel like I belonged in it. But Chris has been really supportive when it comes to that.”

Spear was also supportive of Wilkinson’s efforts to enter the field of personal cheffing, offering guidance from his own experiences. A vital part of Pizza Llama’s new business model centers around Wilkinson’s ability to bring his electric ovens to small groups or families for dinner parties.

The week after Wilkinson reached out to Spear for advice, the older chef also invited him to tag along on a paying gig in D.C. — a Portuguese wine pairing with 40 guests. Spear needed the extra help, but it was also a way for Wilkinson to earn some money and get a firsthand look at the personal chef business.

Those kinds of opportunities are one of the biggest benefits to being a member of Chefs Without Restaurants, said Anna Hattauer, who launched her own company — Culinary Chick Personal Chef — in 2015. The closed group shares job openings and freelance opportunities, as well as tips for running a business or sourcing ingredients.

“I remember one person who posted, like, ‘Hey, I have this farm. I have access to all these different vegetables,’” Hattauer said. “It’s just a great way to get ideas, because we don’t work in restaurants. We don’t have a brick-and-mortar or a whole team of people to brainstorm with.”

Carving out a space

Frederick County is home to a growing number of catering companies and freelance bakeries, which are required to cook in a Health Department-approved space in order to sell wholesale or in retail shops. Professional equipment is also a necessity for scaling up production, said Terri Rowe, who founded Angel B’s, a shortbread cookie business, in 2001.

For years, Rowe operated from community centers like Grange Hall in New Market, which leases out its commercial kitchen space. But scheduling around other groups was always a challenge, Rowe said, and she couldn’t store her baking equipment in the facility. In 2017, she fulfilled a long-time dream of opening her own commercial kitchen co-op, Maryland Bakes, in the Westpointe Shopping Plaza in Frederick.

Members are required to purchase liability insurance and be licensed by the Health Department, but once they join, they’re able to store their ingredients in the space and sign up for times to use the kitchen. The co-op now has 13 full-time members, four of whom were referred in the last year through Chefs Without Restaurants.

Since the group celebrated its one-year anniversary, Spear has also been looking for ways to expand its scope. One of his long-term visions is expanding the culinary opportunities in Frederick, which tend to be dominated by the area’s many existing restaurants.

“It’s almost like the scene is too good,” he said. “We have all these great restaurants, and there isn’t much pressure to expand beyond that.”

In February, he and Wilkinson launched what Spear hopes will be an ongoing dinner series at different venues around Frederick. The first Dinner With Friends was held at the Fingerboard Country Inn in Ijamsville, where Wilkinson re-imagined some of Spear’s signature dishes as pizzas (a pepperoni spread with walnuts and apricots, for example, and a crab and fennel salad).

Spear is currently in the process of lining up a year’s worth of venues and chefs to keep the series going. In a few more years, he can picture Dinner With Friends going national.

“That’s the thing with Chefs Without Restaurants — it’s grown,” Spear said. “We have these members in places like Philadelphia and Thailand. And I would love for them to do their own thing without me. Just promote the series as part of the group and keep those opportunities going.”

Really? A pigs head. That the opening pic FNP went with?

Right? Way too early to be this hungry! I know I brought fish for lunch but now that will be coming home with me and I will be having pulled pork for lunch.

The pig has a bigger smile than the chef.

I like the meat right behind the ears best.

Inauguration Ceremony for the 63rd Administration of the City of Frederick

Inauguration Ceremony for the 63rd Administration of the City of Frederick