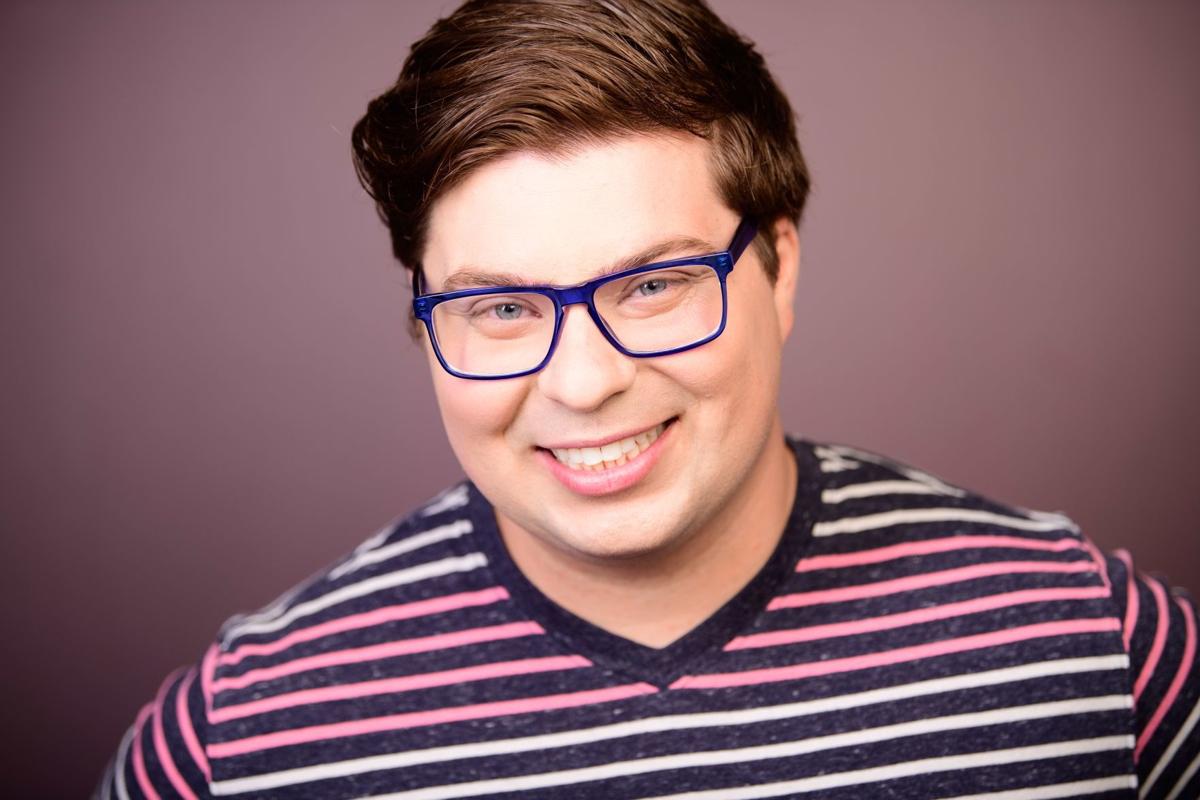 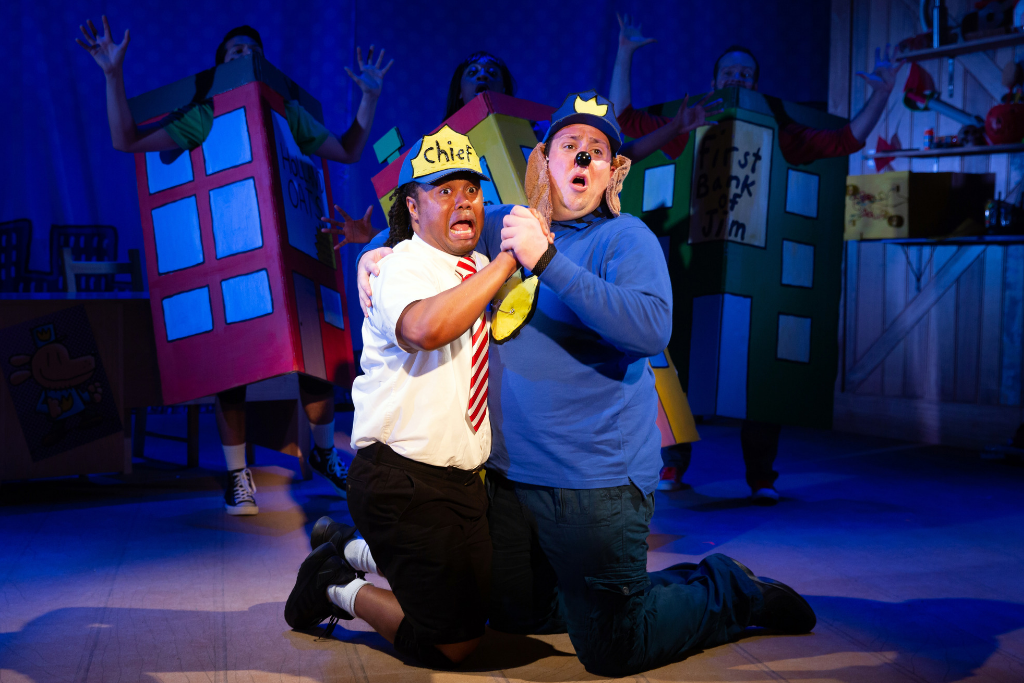 Forest VanDyke, left, and Brian Owen in a scene from “Dog Man: The Musical.” Brandon James Butorovich has taken over Owen’s role of Dog Man.

Forest VanDyke, left, and Brian Owen in a scene from “Dog Man: The Musical.” Brandon James Butorovich has taken over Owen’s role of Dog Man.

This weekend, the Weinberg Center for the Arts is going to the dogs.

“Dog Man: The Musical,” a live touring show based on a book series by Dav Pilkey, the author of “Captain Underpants,” is coming to the local stage Saturday afternoon. The show features best friends George and Harold, who have been creating comics for years. Now that they’re in fifth grade, they figure it’s time to write a musical based on their favorite character, Dog Man, who is part dog, part man and all hero.

Brandon James Butorovich stars as Dog Man. He recently took time out of his busy schedule to answer a few questions via email.

How familiar were you with this production before you joined?

Butorovich: I was not familiar with it at all. The show is still very new. When I was originally called in to audition for ‘Dog Man: The Musical,’ the show was having its world premiere off-Broadway. I unfortunately never got the chance to see the show before I auditioned. However, I was very familiar with the “Captain Underpants” book series. I read them when I was a kid! So, when I found out that Dav Pilkey was the author of the Dog Man book series, I knew that this was something that I had to be [a part] of! I am so glad I am!

Tell me what you enjoy about your character.

Butorovich: I have the privilege to play Dog Man, and I love everything about him. I love Dog Man’s heart. At the end of the day, Dog Man just wants to be a good boy, and make people proud. Something I relate to very much. Also, playing Dog Man is a great cardio workout. I don’t like going to the gym, so doing this role makes me feel healthy.

What do you think the audience will enjoy about this show?

Butorovich: The show is simply nonstop fun! It is high energy from start to finish. ‘Dog Man: The Musical’ is not just children’s theatre. It truly is a family show, and adult audience members will love it just as much as the young audience members.

What do you enjoy about performing for younger audiences?

Butorovich: The joy it brings. I know how much joy it brought to me, so knowing that I am now bringing joy to someone, makes me really happy. I am also so privileged in knowing that ‘Dog Man: The Musical’ may be the first live theatre experience for some of these young audience members. I don’t take that for granted.

What song do you think kids will be singing when they leave?

Butorovich: All of them. Seriously. But if I had to pick, probably the title song, ‘Dog Man.’ Brad Alexander and Kevin Del Aguila, our composer and lyricist, truly wrote fantastic music for this show. I never get bored singing the songs to this show. Also, it is not rare to find me jamming out to the original off-Broadway cast recording during my commute in the mornings. The music is seriously that good!

What does acting give you that nothing else does?

Butorovich: A purpose. I really can’t see myself doing anything else.

How long does this tour last?

Butorovich: As of now, we are scheduled to close in June.

When did you get involved in acting?

Butorovich: I have always enjoyed theater since I was a young kid, but I think I really started to get involved during my 10th-grade year in high school. I took a class trip to NYC where I saw my first Broadway show, and I was completely mesmerized. I knew I had to do this. It takes a lot of hard work, but I am so proud of what I am doing.

What do you hope the audience will take away from this production?

Butorovich: Our show is a ‘show within a show,’ where our characters are using their imagination to create the best musical of all time! So, I hope the audience takes away the freedom to explore their imagination, unapologetically. Also, I just like making people feel happy. If the audience leaves with a big smile on their face, then I will know we did our jobs well!

Are you working on any other projects?

Butorovich: Not at the moment. I am giving my all to Dog Man!

What: “Dogman: The Musical”

Where: Weinberg Center for the Art, 20 W. Patrick St., Frederick