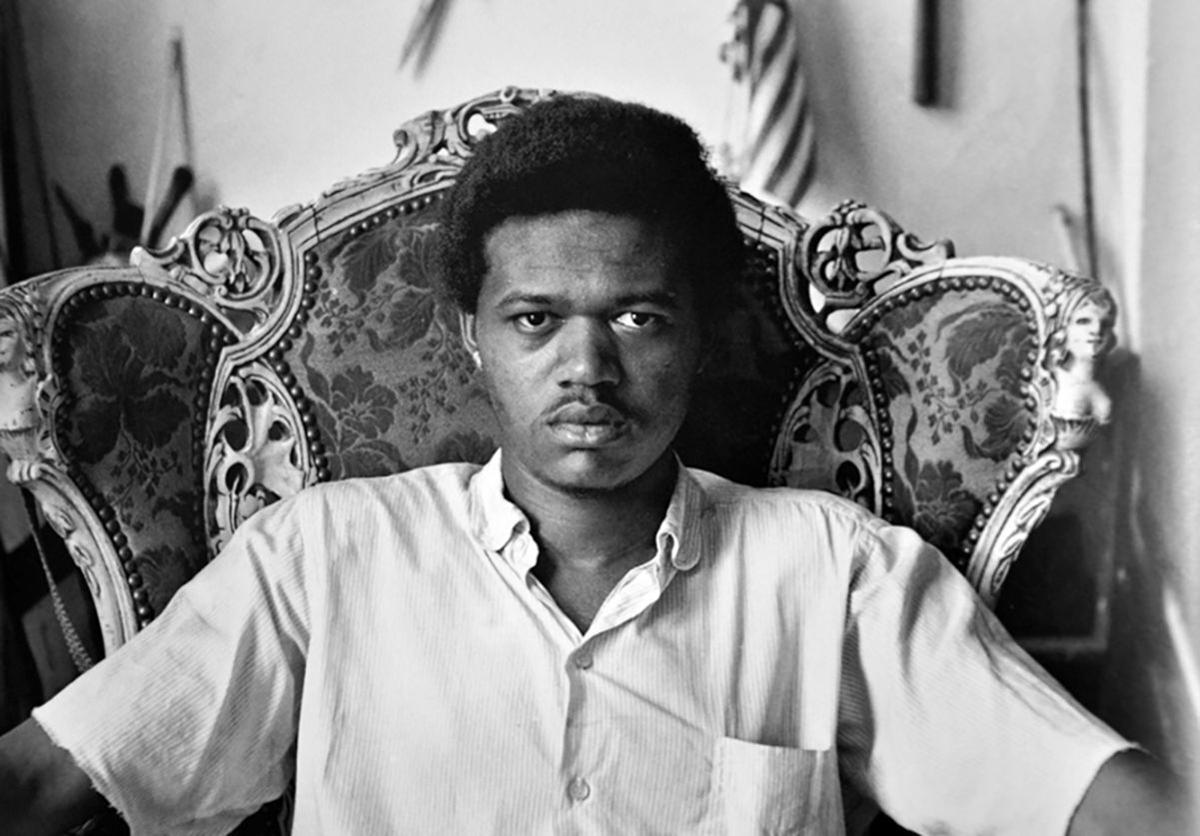 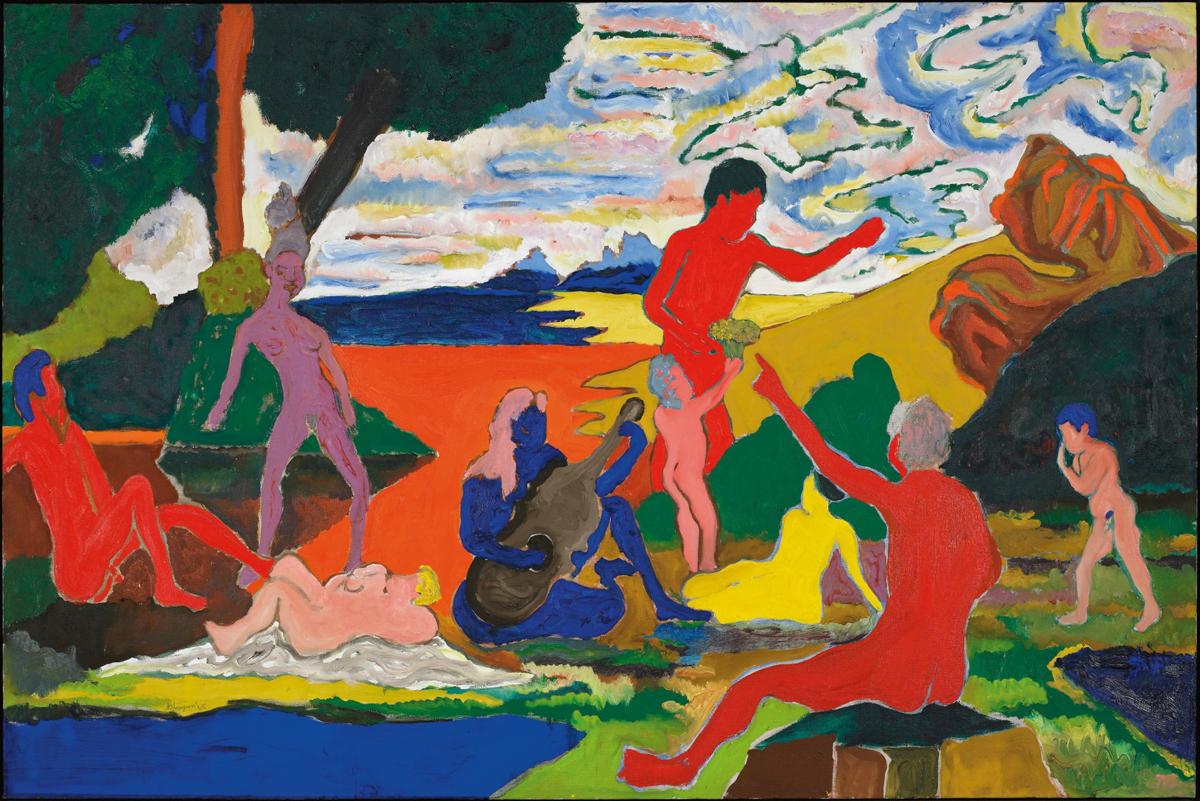 One of the paintings featured in “Bob Thompson: This House Is Mine” at the Colby College Museum of Art is “Homage to Nina Simone,” 1965. Oil on canvas. 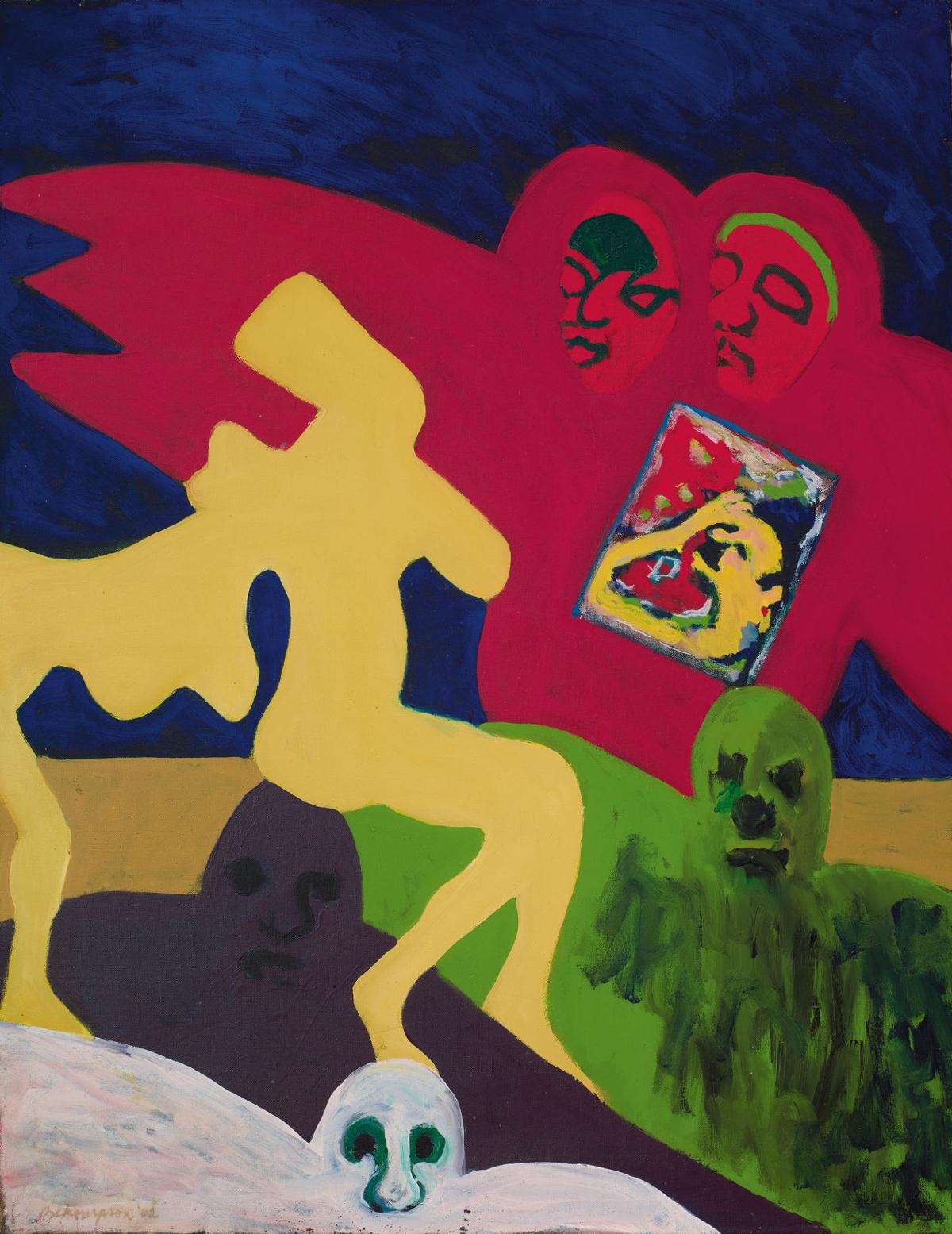 “Untitled,” 1962. Bob Thompson’s work is now featured in “Bob Thompson: This House is Mine,” a show in Waterville, Maine, that will travel to Chicago, Atlanta and Los Angeles. 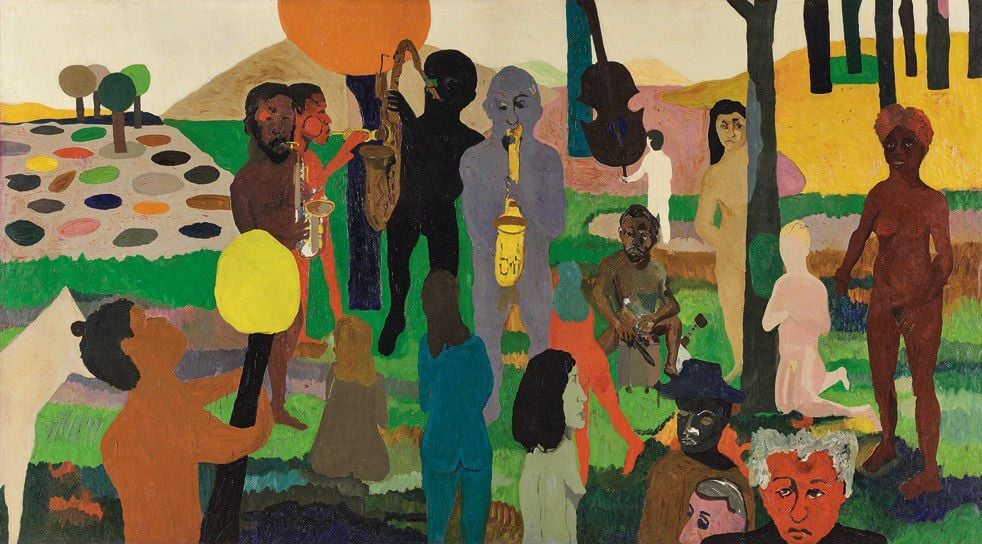 One of the paintings featured in “Bob Thompson: This House Is Mine” at the Colby College Museum of Art is “Homage to Nina Simone,” 1965. Oil on canvas.

“Untitled,” 1962. Bob Thompson’s work is now featured in “Bob Thompson: This House is Mine,” a show in Waterville, Maine, that will travel to Chicago, Atlanta and Los Angeles.

Bob Thompson didn’t want to be pinned down.

He was a singular, secretive painter who kept a snare drum and a conga in his studio and was a friend of the great jazz saxophonist Ornette Coleman. He wanted to keep improvising, to keep riffing — on the Old Masters, on his dreams, on the mysterious operations of shape and color. He wanted to go deeper and deeper, further and further from words and their definitions.

“I cannot find a place nor category in which to put my paintings nor a name to call them,” he said in an artist’s statement published in the Louisville Gazette in 1959. The next year, a perceptive reviewer detected “a grave, private urgency” in his work. And in 1965, Thompson said he was “trying to show what’s happening, what’s going on ... in my own private way.”

Thompson died in 1966. He had become addicted to heroin and overdosed shortly after a gallbladder operation. He was 28. Although his career was short (just eight years), Thompson was prolific, creating more than 1,000 paintings. His work is now the subject of “Bob Thompson: This House Is Mine,” a captivating show at the Colby College Museum of Art in Waterville, Maine, through Jan. 9. The first Thompson retrospective in 20 years, it will travel early next year to Chicago, before moving to Atlanta and Los Angeles.

Thompson, who was African American, was born and raised in Kentucky. His father died in a car crash when he was 13. Five years later, he enrolled as a pre-med student at Boston University. He dropped out, struggling with depression, and returned to the recently desegregated University of Louisville to study painting.

In 1958, Thompson moved to New York’s Lower East Side, befriending poets, musicians and fellow artists. He spent that summer — a formative one — in Provincetown, Massachusetts, then an artist colony on Cape Cod. Abstraction was all the rage, but Thompson was eager to kick against orthodoxy. He encountered the work of Jan Müller (1922-1958), a figurative painter of charged narrative scenes who had died recently. Müller’s style — naive, narrative scenes with multiple figures and vivid colors — resonated deeply.

In 1960, Thompson married Carol Plenda, a white woman. The couple traveled to Europe twice, first in 1961 (when they settled for two years in Ibiza, Spain), and then in 1965, when they settled in Rome. That’s where the artist died.

I’m starting with this biographical outline — meandering around the edge of things — because that’s what Thompson did in his paintings. His figures are almost all silhouettes. They float, stand or sit about — occasionally sprouting wings, mouths, eyes or extravagant headwear — in lavishly colored landscapes that have the irrational, shapeshifting quality of dreams.

He was such a sincere and sensuous searcher! I felt I knew about Thompson’s love of the Old Masters, but I was surprised by how deeply, directly and fruitfully his work was inspired by them. The Colby show includes loose but easily recognizable improvisations on paintings by Fra Angelico, Piero della Francesca, Titian, Tintoretto and Poussin, as well as an extended run of paintings riffing on “Los Caprichos,” a famous suite of etchings by Goya.

Goya’s dark visions — his sardonic, scathing, urgently exploratory tone — are behind so many of Thompson’s final works, with their black magic and bat wings and arcane allegory. But the works are also infused with the atmosphere of tenderness and religiosity in the Renaissance Italians and in Poussin. All of it is transposed into a modern manner that is knowingly gauche and at times clotted, but at the same time richly colored and full of feeling. Thompson’s misshapen figures rhyme and merge with the background in ways that are heavily inspired by Gauguin, as well as late Cézanne and early Matisse.

Of what was Thompson dreaming? One would like to be able say — to spell out the actual content of his dreamwork. It is often disturbing — at once erotic and violent. But these are adult paintings, and Thompson was not interested in being explained away. Unfortunately, the organizers have smothered his mysterious, silently flowing paintings with far too much text. One painting is dwarfed and all but surrounded by a long quotation in an oversize font. Many others are hung on walls painted in brash, badly chosen colors. Much of the text is usefully informative, but it is flavored by the kind of academic identity politics from which Thompson would surely have recoiled.

Reviewing a gallery show in 1962, a critic for Art News said Thompson brought “a private vision” or “fantasy” into “a quick instinctive transaction with form and color.” Quick and instinctive is right: The works have the feeling of syncopated drum rhythms, or reflex psychological impulses that toggle between what the poet and critic Randall Jarrell called “half the expression of a wish and half the defense against the wish.”

Some feature monsters, lynchings and strange rituals; others show scenes of justice and retribution — although the anarchic atmosphere suggests sham justice. Lynchings, crucifixions and executions are a significant part of Thompson’s repertoire, as are looming black monsters. In such works as “The Hanging,” “The Judgment” and “The Execution,” it’s clear that he is wrestling — in a vein of deep disquiet — with the legacy of terror in the American South where he grew up, and where lynchings were linked to a pervasive idea — a kind of mass hysteria — of the sexual menace supposedly posed by Black boys and men.

By the late 1950s and early ’60s, sexuality was for many oppressed people an expression of political liberation. Thompson was in love with Plenda, but such interracial relationships remained fraught, so you can imagine why images of black monsters and lynchings made it into his work. But even such intense and volatile subject matter is presented with Thompson’s characteristic ambivalence. He was an artist in love with his own opacity.

Jazz — with its complicated rhythms, surprising harmonies and gear-shifting melodies — was a huge influence on Thompson’s creative process. A major painting here, “Garden of Music,” owned by the Wadsworth Atheneum in Hartford, Conn., is squarely in the modernist Arcadian tradition of Cézanne’s “The Large Bathers,” Matisse’s “Music” and Gauguin’s “Where Do We Come From? What Are We? Where Are We Going?” But instead of anonymous archetypes, Thompson’s painting presents identifiable jazz musicians he knew from Slugs Saloon and the Five Spot cafe in New York: Coleman, John Coltrane, Don Cherry, Sonny Rollins, Ed Blackwell and Charlie Haden. A nearby painting, “Homage to Nina Simone” (the legendary singer and civil rights activist was yet another friend), is a spectacular amalgam of Poussin and Matisse.

The elusiveness, the refusal to settle, in Coltrane melodies has an equivalent in Thompson’s work. Every time you think his painting might return to a home key or settle into a clear reading, it shifts and floats off onto something more interesting.

Is there an analogy to be made with identity politics? Thompson was African American, and his work touched powerfully on themes pertaining to the Black experience. But he was a painter, not a polemicist, and his choice of that medium had everything to do with a spiritual and sensual restlessness, with the need to say: “You don’t know me. You can’t put me in your neat, prefabricated box. You can’t pin me down.”