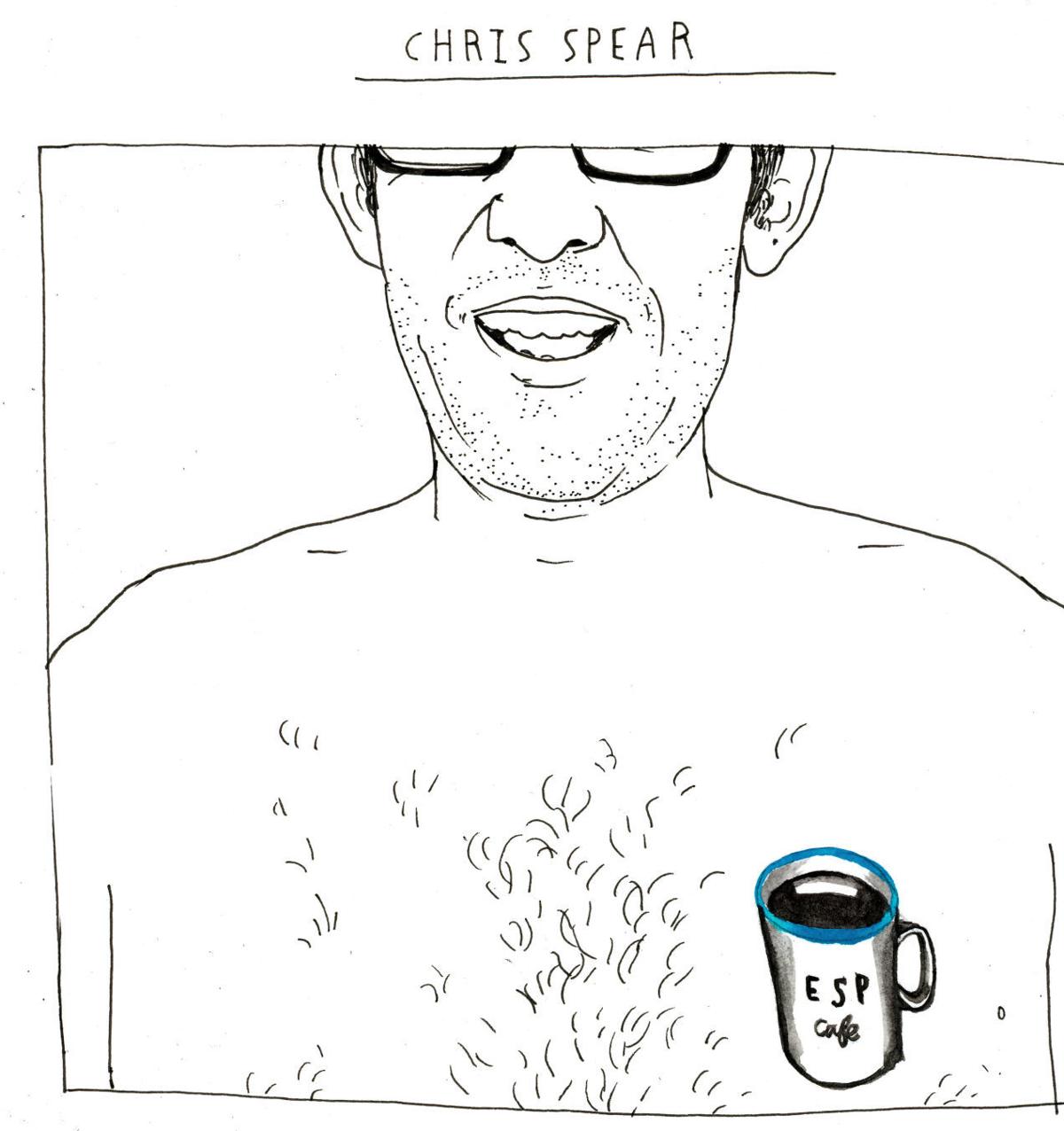 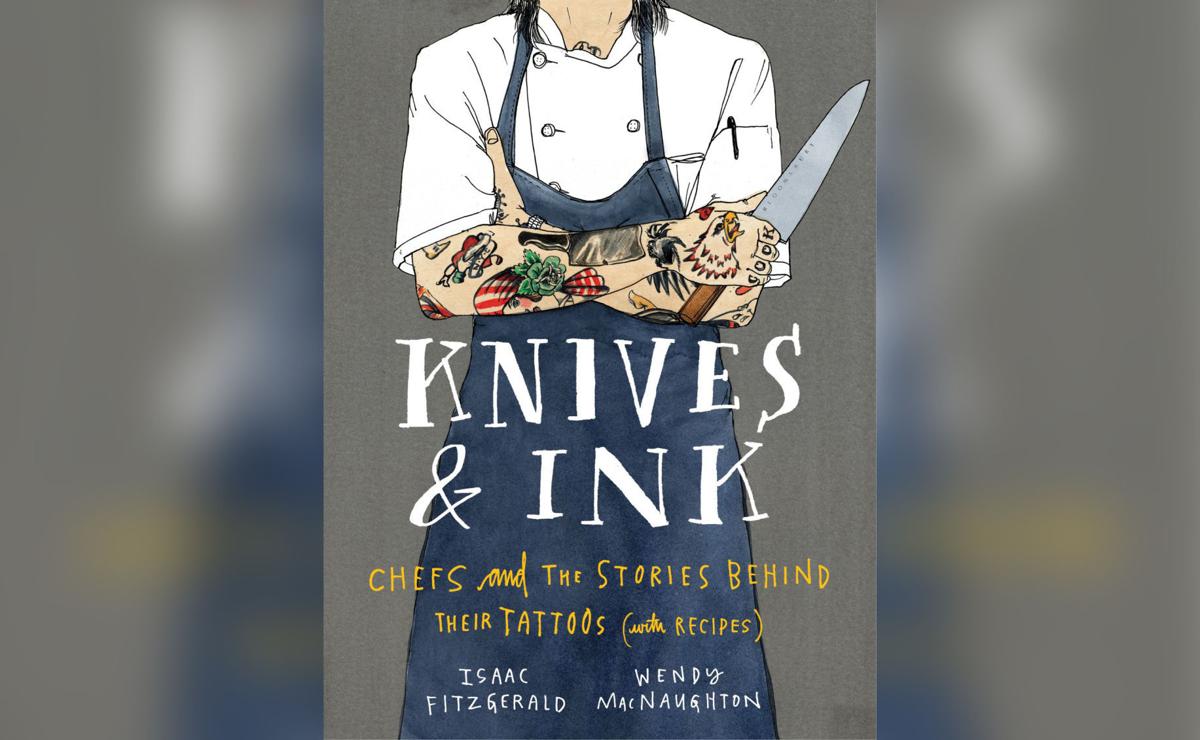 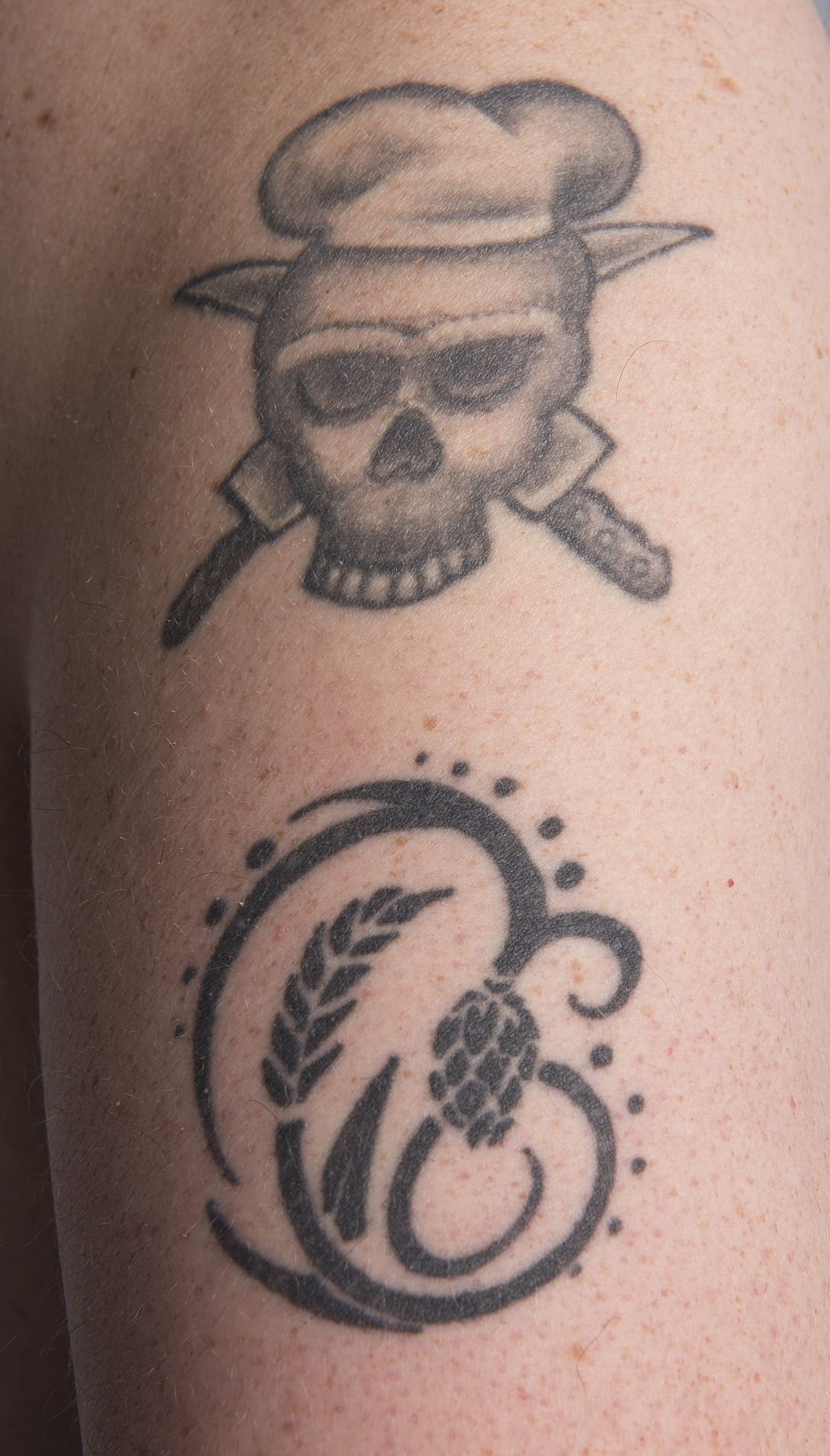 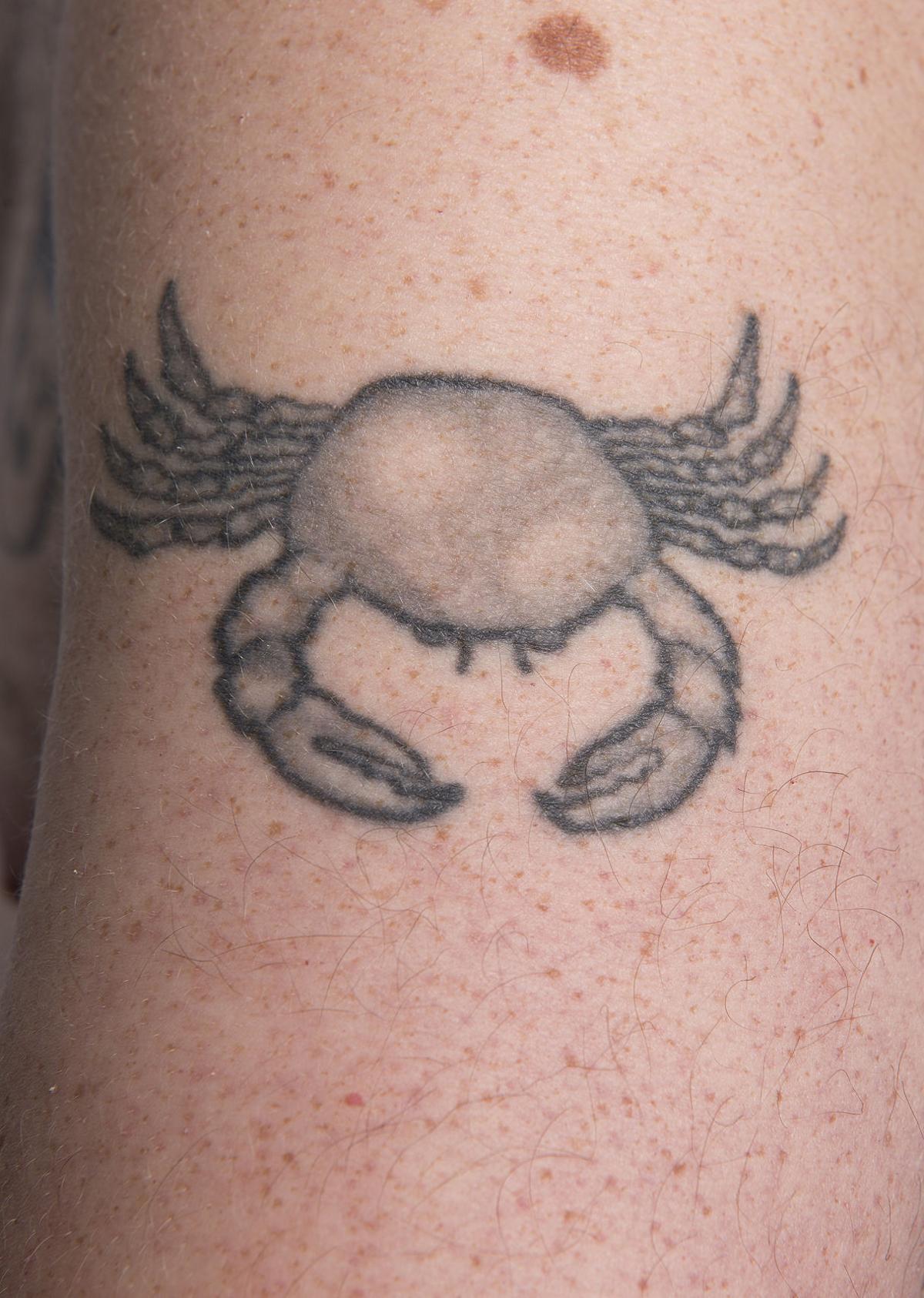 Chris Spear, a Frederick-based private chef, puts creativity on the plate as well as his skin. One of his tattoos is featured in the new book “Knives & Ink,” a collection of illustrations highlighting the tattoos of chefs. The book, released in October, comes from creators Isaac Fitzgerald and Wendy MacNaughton, who brought us “Pen & Ink,” a critically acclaimed book about the poignant (and not-so-poignant) meanings of tattoos.

Spear, who has been featured in numerous food and culture magazines, is amused that his bare chest is ultimately his claim to fame. He shared this in a lengthy conversation with 72 Hours.

About two years ago, he submitted a photo of his coffee mug tattoo on his chest to an open call for chef tattoos on the “Pen & Ink” Tumblr page. “I thought, I got seven [tattoos] all relating to food, and I thought I had some really cool stories.”

When he emailed the photo, however, he didn’t expect MacNaughton, the illustrator, to draw it in its entirety. “It’s weird because in the book, they cropped me at half my glasses — you don’t even see my eyes, just like, right here,” Spear said, gesturing to his chest. “I hadn’t even shaved my face that day ... I have all this stubble. I thought they were going to illustrate the mug. ... And I lost weight since then. So wow, my face looks kinda fat, I’m unshaven, they really illustrated my chest hair ... it’s so weird.”

Spear’s illustration got a lot of laughs from his friends. They joked that he could help people recognize him from the book by pulling his shirt down to reveal his tattoo.

The meaning of Spear’s chest tattoo, however, points to a more serious issue. “My mom used to collect coffee mugs,” Spear said. “She used to go to a place and take a coffee mug. She had since passed away.” Instead of keeping his mother’s entire collection, he decided to pare down, keeping only a few favorites while getting a tattoo near his heart that would symbolize his mother’s hobby: a small coffee mug. His wife’s maiden initials are on the mug as well. “This was kind of a way to remember [my mother] and then tie in my wife as well. Plus we lived in Seattle, so I thought it was really neat to have that in there because a lot of my tattoos represent places that I lived.”

Fitzgerald, editor of “Knives & Ink,” said by phone that he knew Spear’s story needed to be in the book. “We take a look at the story ... where would it fit in the book, are there other stories that are maybe too similar to it, is it a unique tattoo ... . There’s all these kinds of different things that we look at ... But for Chris, what it really comes down to is one: It was kind of this way of both honoring his wife and remembering his mother. I really like that. And then I think what Wendy really loved and what I really loved, too, was just that blue rim, the blue rim of his tattoo. We just knew it was going to look really pretty when Wendy did her drawing [of] it.”

Fitzgerald was more moved by the stories behind chefs’ tattoos than the fame of a celebrity chef. Spear, for example, has a background in the restaurant industry, but as the founder of Perfect Little Bites, he cooks primarily in homes to provide tailored experiences for people who don’t want the hassle of going out to eat. “I didn’t want it to be a collection of rock star chefs,” Fitzgerald said. “I really wanted it to be people who work in the food industry from all different angles.”

In many ways, “Knives & Ink” proves that the clean-cut chef dressed in crisp whites hidden in the back of the kitchen may be an outdated concept. Spear’s most prominent tattoos are highly detailed silverware on each forearm with the first letter of his twins’ names. Every time he rolls up the sleeves of his chef’s coat, his love for family and cooking are visible.

“I think [chefs] are artistic people,” Spear said. “They’re all into music, art films, or just good movies, and tattoos and art in general.”

Spear’s love for his occupation may thrust him toward the rock star status Fitzgerald mentioned. During an interview with 72 Hours at Roasthouse Pub, Spear was interrupted by a new fan who requested a business card after overhearing him talk about his in-home dining service. Another individual attended his monthly cooking class at William Talley Recreation Center after learning about Spear in “Knives & Ink.” And with an upcoming book signing at Curious Iguana, Spear will likely gain more fans.

Food and tattoos may be disparate on the surface, but they are a canvas to Spear and his chef community.

“We’re storytellers. I try to tell my story through food. When you eat my food ... it’s kinda like where I’ve been, where I’m going, how I progressed.”

Does he cook with his shirt off to show the tattoo?