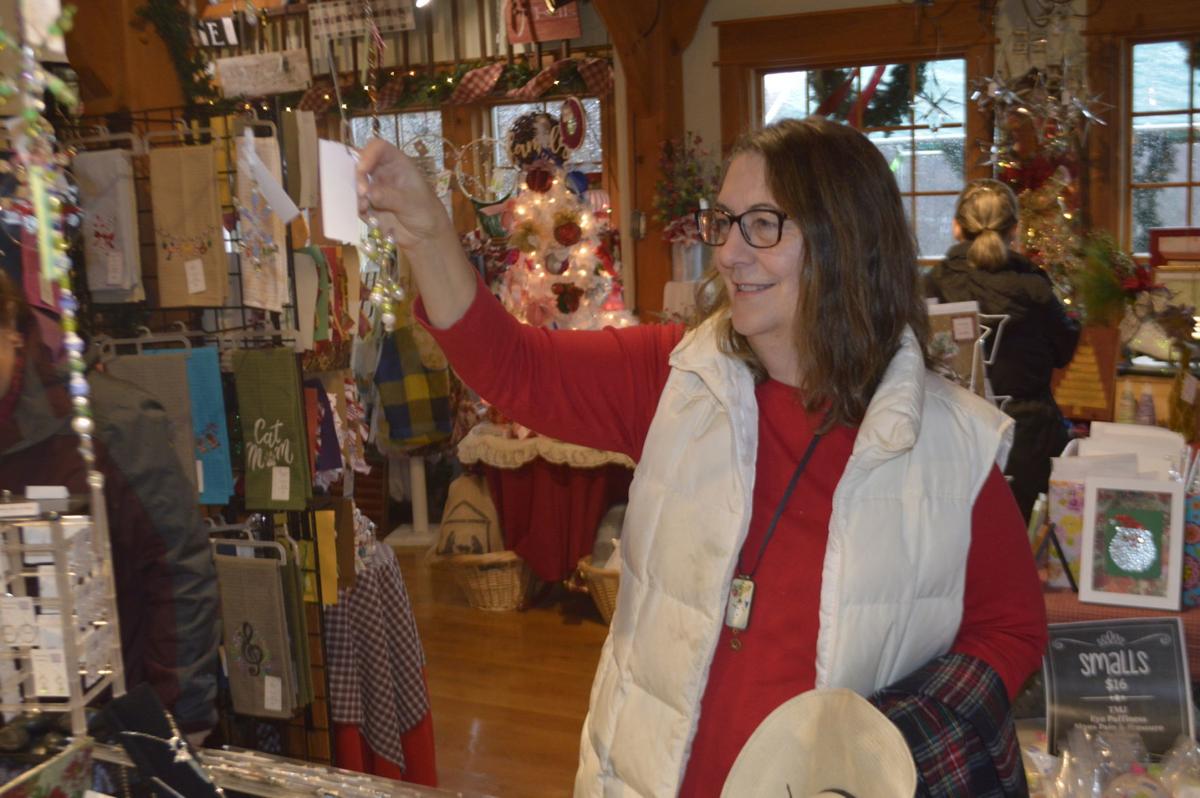 Suzanne Levitt displays an item for sale at Christmas On The Hill. 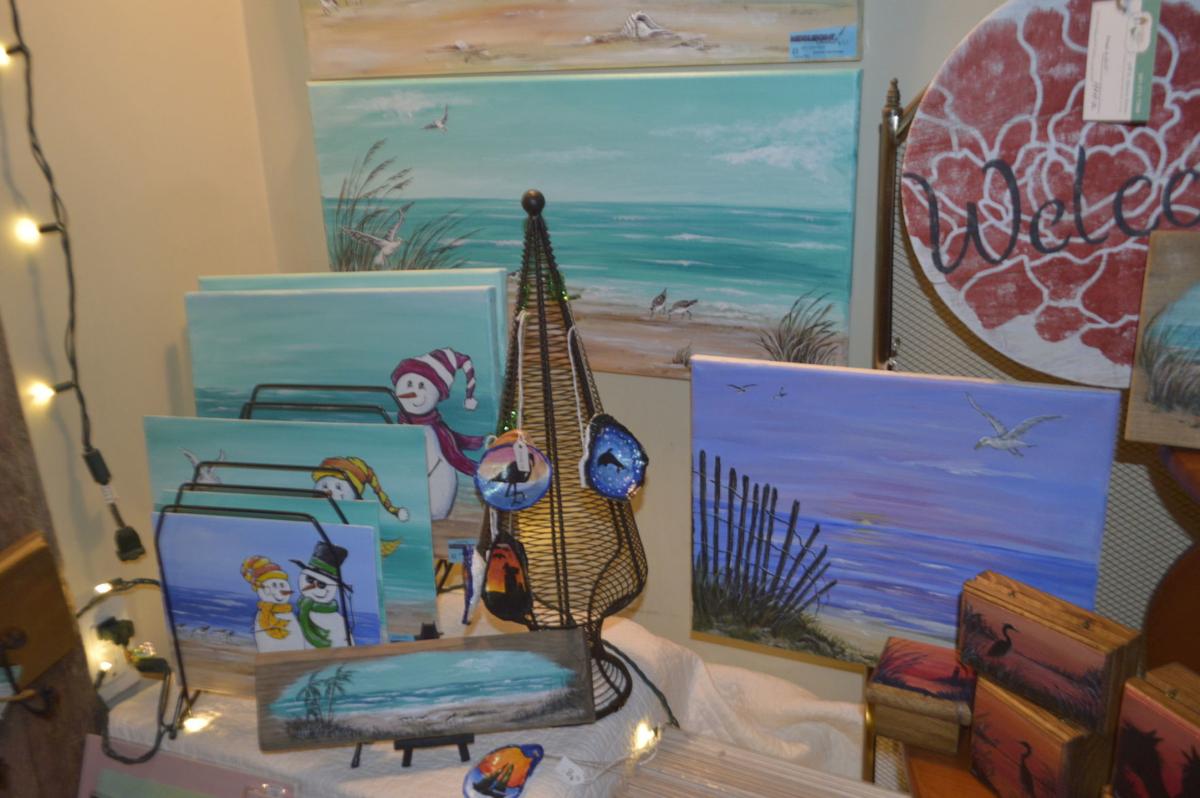 Paintings for sale at Christmas On The Hill decorate what is normally the Levitt family's bathroom.

Suzanne Levitt displays an item for sale at Christmas On The Hill.

Paintings for sale at Christmas On The Hill decorate what is normally the Levitt family's bathroom.

Over the hill and through the woods — literally — sits a house. For the majority of the months in a calendar year, it’s typically your run-of-the-mill Myersville structure that houses a family of three. Just head up Route 17, turn right toward 9038 Myersville Road, and you’re there.

For the final two months of each year, however, it morphs into a destination for local artists selling their work for the holidays. Then, by the time the weekend after Thanksgiving comes around, the house takes on its own life as Friday, Saturday and Sunday begin the march from Turkey Day to Dec. 25.

It’s Christmas On The Hill.

Spearheaded by the Levitt family, who turns their home into a one-stop shop for holiday-themed arts, crafts and everything in between throughout the weekend, this year’s installment featured 70 artists, including a dozen new participants for 2019. In its 11th year, it’s a tradition that Suzanne Levitt, co-founder of the event, looks forward to each holiday season.

“When we designed this house, we did it while having an eye on the show,” she explained Sunday. “Everyone we work with is so wonderfully talented and so wonderfully nice.”

One artist the Levitts were unable to work with this year was Chris Carr, a Myersville watercolorist who passed away in the last year. Specializing in photographic realism, Levitt was quick to point out his prints that were for sale at this year’s event.

In fact, not only was there a table that featured only his work, but all the proceeds from the sales made from Carr’s paintings will go toward a scholarship set up in his name at Frederick Community College. With him gone, Levitt said she felt this was one of the best ways to honor his memory.

“It was such a tragic loss for the arts community,” she said. “His work has been here since our third our fourth year. We really miss him.”

While Carr’s works may have been popular items this year, there was a trove of other offerings extending throughout the Levitts’ house that kept customers perusing throughout the early afternoon. Tatjana O’Byrne said she has attends the event each year and on Sunday, she was on the hunt for festive Flaxie Packs, which help relieve aches and pains.

“I didn’t want to miss it,” O’Byrne, a Myersville resident, said. “I try to come every year and I’ll be coming here for as long as it’s open. I like to try and help the arts community as much as I can.”

Jean McCammon, who was at the show in search if mittens, agreed.

“I was here Friday when the door opened, but I came back today to bring my friend from West Virginia,” McCammon noted. “She came from five hours away to come to Christmas On The Hill. I think it’s worth it.”

Levitt, meanwhile, explained that it will take her about three weeks to get her family’s house back to normal after the weekend concluded. It appeared to be a mighty task, as a bathroom turned into an exhibit for paintings and a table displaying for-sale items hid the family’s couch underneath it.

To her, though, it’s all worth the trouble as the event brings her family together each year. Her husband, Cary, works in a field that takes him away from home a lot, so when Christmas On The Hill commences, Levitt said the collaborative effort between husband, wife and son is what keeps her motivated each year.

“I love the art of display,” Levitt said as more customers began trickling into her transformed living room. “Am I going to do it next year? Sure, I am.”

Then, she smiled while pointing to her husband.

Can anyone in the county turn their house into a retail store without a license or only a select few?

I was curious about this too. It's zoned residential.