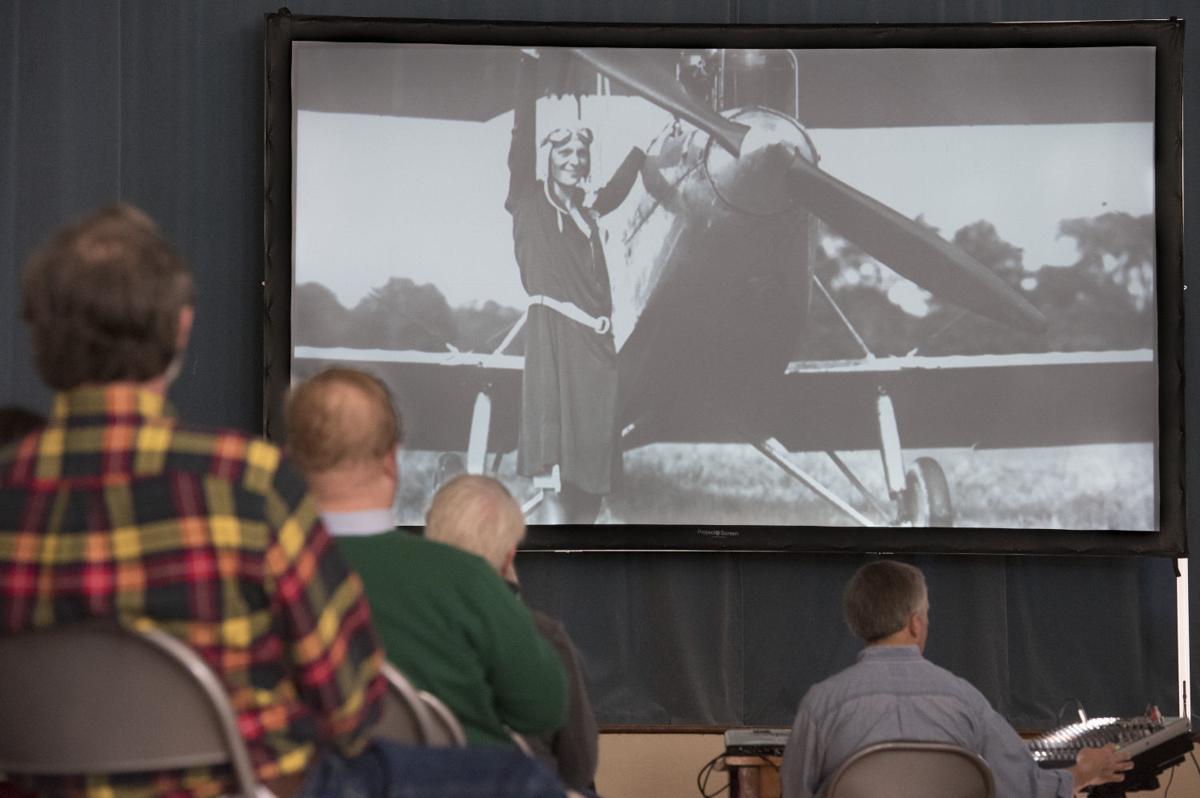 An audience at Visitation Academy watches a screening of “Beyond the Powder,” which explores the history of the first all-women’s cross-county air race. 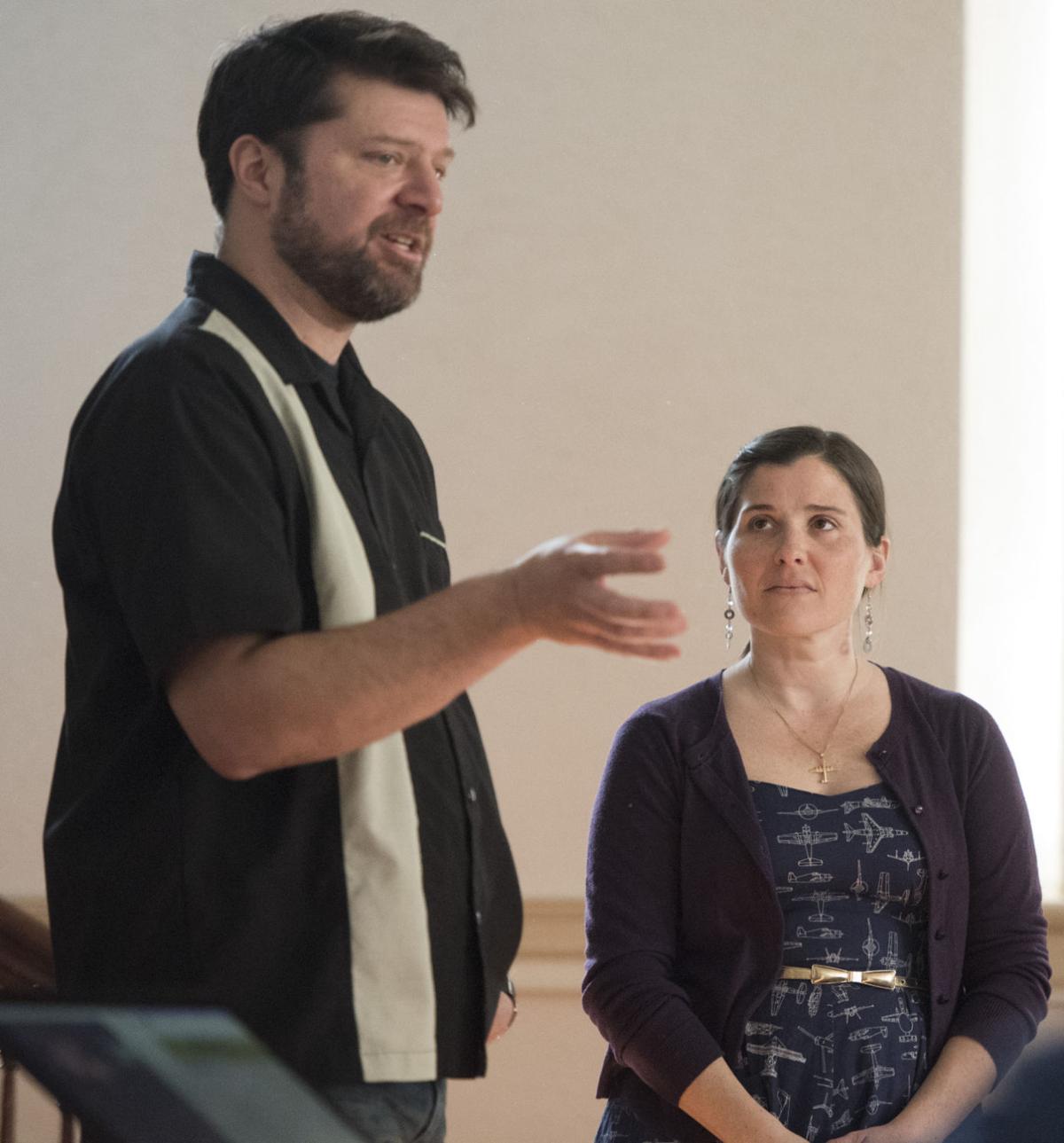 Kara Martinelli, director of the film “Beyond the Powder,” listens as her husband, Adam White, producer of the film, describes the project before a screening on Sunday at the all-girls school Visitation Academy in Frederick.

An audience at Visitation Academy watches a screening of “Beyond the Powder,” which explores the history of the first all-women’s cross-county air race.

Kara Martinelli, director of the film “Beyond the Powder,” listens as her husband, Adam White, producer of the film, describes the project before a screening on Sunday at the all-girls school Visitation Academy in Frederick.

Kindergartener Sophia Altamirano looked over her father’s shoulder while playing with Styrofoam airplanes on Sunday at a showing of “Beyond the Powder.”

“I wanted her to be exposed to it,” said her father, Pedro Altamirano, who lives in Frederick. “[Women] have lower access to technology. ... I think it’s something women in general need to reach.”

Visitation Academy hosted the Sugarloaf Ninety-Nines Inc. to screen the film about women in aviation, specifically the Powder Puff Derby and the Air Race Classic. Ninety-Nines Inc. is an international organization of women pilots.

Producer Kara Martinelli and director Adam White, of Ohio, attended the event, which was meant to inspire an interest in aviation in young women.

“Our mission is to empower these girls to learn more about aviation,” Visitation Academy Principal Cindy Cantrel said. “The mission has always been to empower women and advance education.”

The showing was part of a continuing relationship between the Ninety-Nines Inc. and Visitation Academy, she said. In September, students participated in a day when they had the opportunity to take flights and learn more about aviation.

Cantrel said because the school is all girls, the students are very serious and focused on their studies. She said it’s important that the girls are exposed to STEM areas so that they can consider pursuing a career in a field in which they might not otherwise realize they have opportunities.

The best time to grab their attention is in the first, second and third grades, she said.

Martinelli said she was inspired by many aviators’ stories but noticed that there were some that weren’t being told.

“We needed to do one about women,” she said. “There’s a whole other contingent. ... It’s just such a shame that these girls are discouraged from science, not intentionally.”

“It was kind of something I had always wanted to do,” she said.

It wasn’t until she was at a certain point in her life that she was able to pursue flight, she said. After completing a marathon in Alaska, she had been in a plane that landed on water, and after that she stopped running marathons and started learning how to fly, she said.

About 6 percent of all certified pilots are women, Caywood said.

Altamirano said Sophia had paid attention to the first half of the film before playing with her planes. At home, she pretends her hand is a plane, he said, so he thinks her interest in aviation could grow in the future.

The film will be broadcast on PBS in June during the air race.