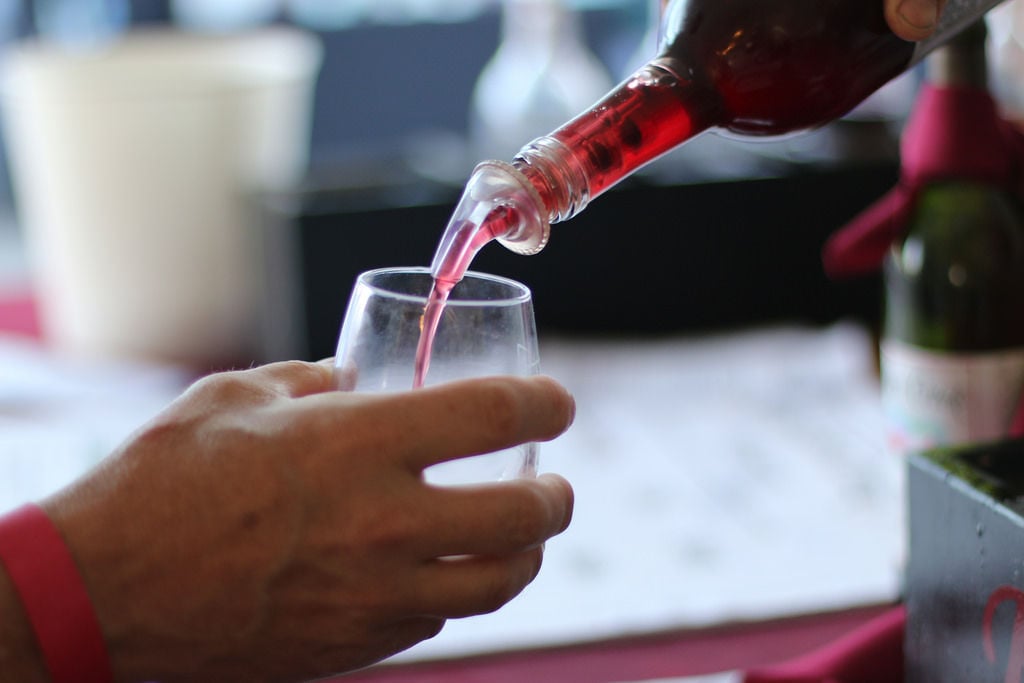 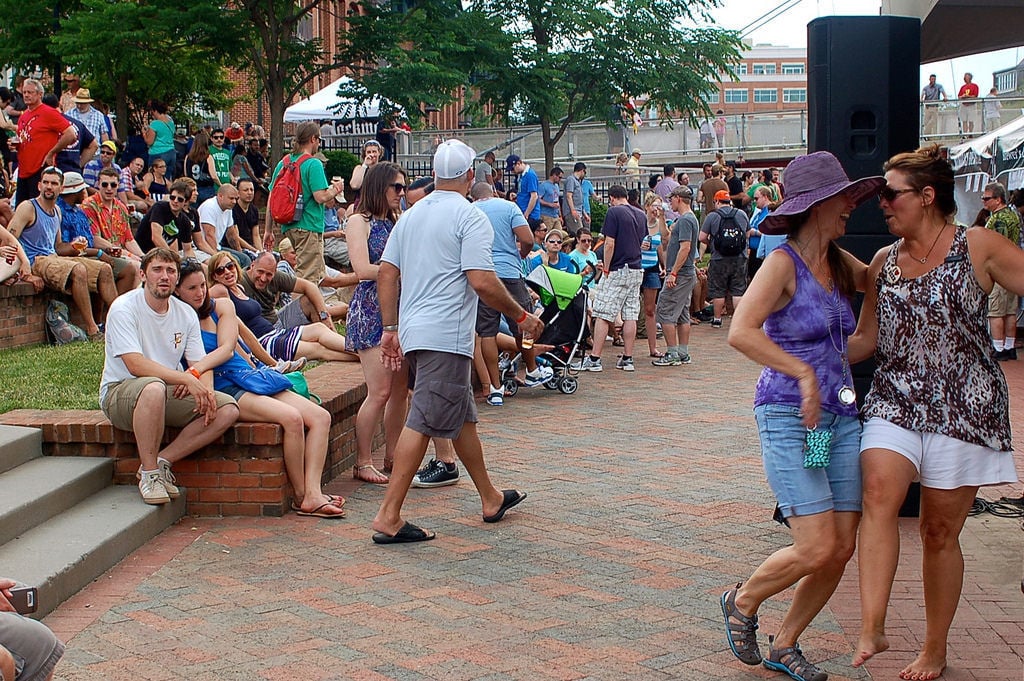 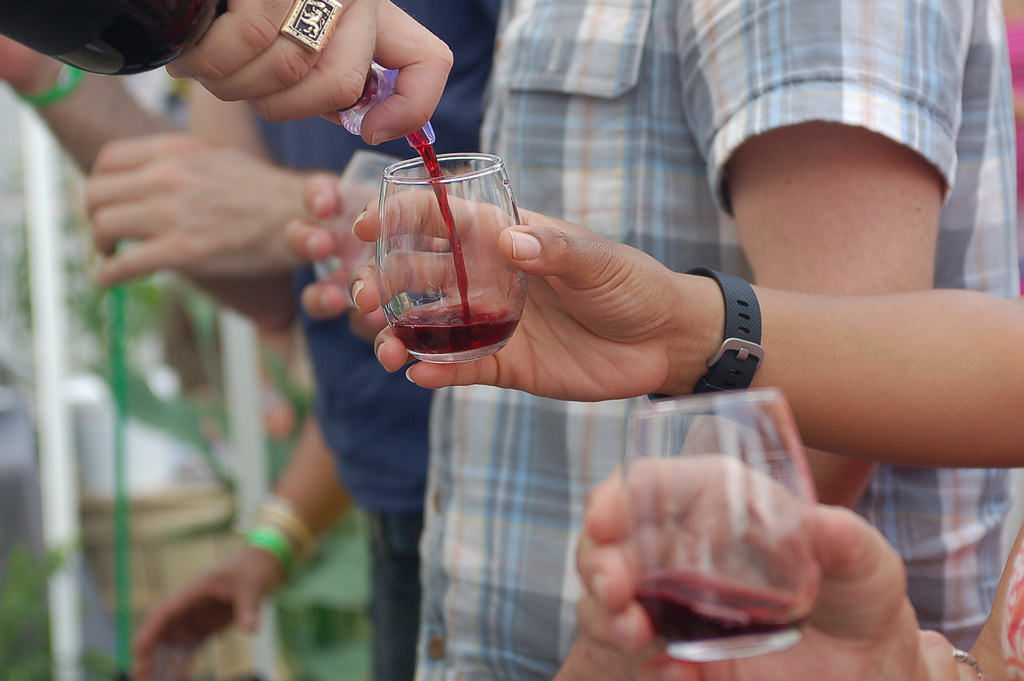 Below, people gather for the Maryland Craft Beer Festival. 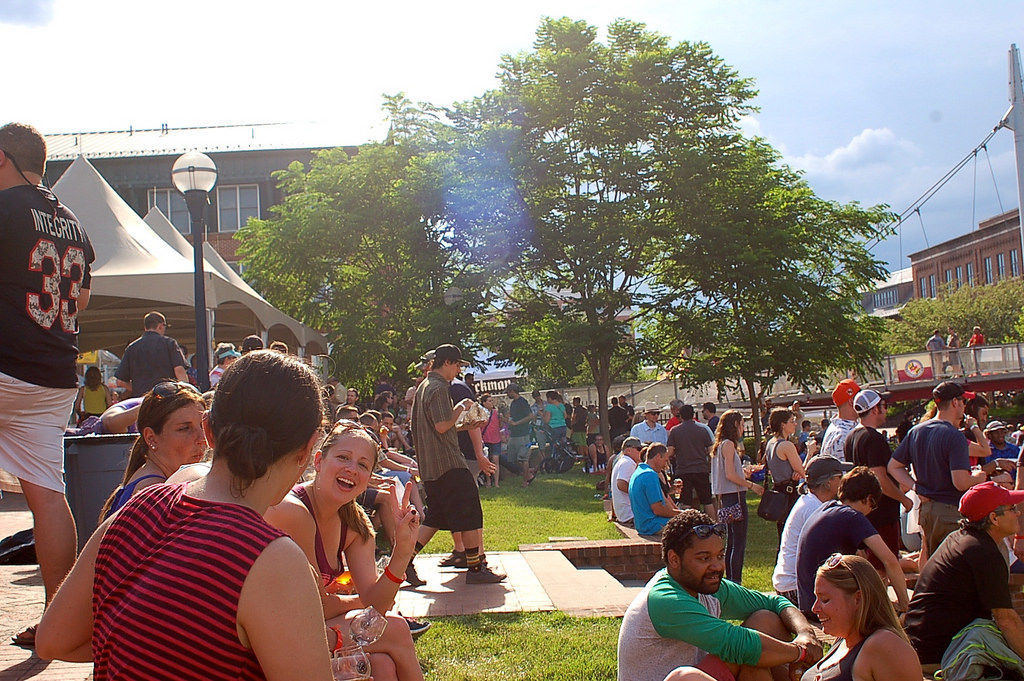 Below, people gather for the Maryland Craft Beer Festival.

Frederick has many events. So many, that Celebrate Frederick had to come up with something special in creating the Frederick Wine Festival.

“The idea itself came up several years ago at a Board of Director’s retreat that we had for Celebrate Frederick,” said Jennifer Martin, events coordinator for Celebrate Frederick. “We were thinking of some new things that we can do that can fill sort of a void in the event season here in Frederick. There are so many events that take place in Frederick all the time. So to find a hole in that event season is a challenge. Of course, it took a lot of groundwork finding strong partners to work with us to make it a really strong event.”

Celebrate Frederick teamed up with the Maryland Wineries Association for the Aug. 6 event at Carroll Creek Linear Park. Though general admission starts at 1 p.m., VIP attendees can enter at 11 a.m. “One of the things that we started with the Wine Festival, one of the things we really wanted to do is make it a high-end festival and feature premier wines, premier food.”

Frederick Wine Festival has a unique draw with the help of Rebecca Dulka, Maryland Wineries Association’s event manager. “There are many Maryland wine festivals out there, but what makes this different is that it’s wine that is exclusively, 100 percent from Maryland,” Dulka said. “We’re focusing on Maryland Appalachian wines and what that means is that wines from grapes that’s been grown in Maryland and made in Maryland.”

According to Dulka, Maryland wines span from Western Maryland to the southern areas of Eastern Shore. That creates a plethora of sparkling, red, and white wines as diverse as taste palettes. The one consistent theme however is quality. “We wanted to shine a light on the producers that are really making an exceptional product.”

Dulka reached out to wineries for rare, hard-to-find gems. “Some wineries are bringing their premium bottles only available in small batch or that they’re running out of, something that they don’t typically offer at wine festivals.”

These premium wines will be available on the VIP Wine List. The demand was so strong that VIP tickets are already sold out. “The VIP wine has been specially selected by each of the attending wineries. And on top of that, the VIP will also be able to taste a speciality dish that has been prepared by a variety of local chefs in the area.”

Wine pairing coordination was done by Chris Spear, a chef with a lifelong love for cooking. His understanding of Frederick’s food scene was pivotal to curating the festival menu that Martin described as having the ability to “blow your mind.” Spear pitched the Frederick Wine Festival to many restaurants that are off the beaten downtown path. “Go crazy,” Spear said. “I just wanted some big, bold flavors that would represent your restaurant in a fun light.”

Spear’s openness to new ideas fostered a fearlessness to defy conventions. “There’s all these rules about drinking wine, and I think you can throw half of them out. Everyone says red will pair well with meat — red meat — but we have a lot of game meat.”

Roasthouse Pub will feature jerked kangaroo burger with white cheddar along with duck bacon wontons with Thai basil General Taos sauce. Though restaurants didn’t collaborate on menus, the food naturally syncs with each other. Monocacy Crossing will also provide whiskey duck nachos with black bean and corn salsa. “I was surprised to see duck, kangaroo and all these things and I was thinking, wow, that’s going to be really interesting.” Spear will be in the food court encouraging festival goers that new foods may be less risky than they think. “It’s a $5 slider — what’s the worst that could happen?”

Spear hopes that the restaurants will be seen in a whole new light. “Serenity Tea Room. That’s their name but they also have this great southern food, low country menu that I don’t think people know.”

Frederick Wine Festival promises to interweave wine, food, music and arts in a way that showcases that an elegant experience can be close to home. Dulka believes the area is poised to host a wine festival for years to come. “We found that this area was very unique and interesting location for this type of festival because we’ve seen and experienced that the citizens of Frederick are very receptive to local products. Local is something that drives Frederick.”

Ridiculous. Are these people for real? How high brow (elitist) are they trying to be?
Wine pairings for kangaroo?

(Women speaking) "Sure, honey. Let's go out tonight and get some kangaroo." Come on. How many people actually do that? The restaurant that had that fare already closed, which I knew it would when it was first advertised that it was going to open.

The Aborigine natives of Australia make their own wine and eat kangaroo meat, also.

I'm sure. They are from Australia and in a different culture. Not so in Frederick.

Unlike past yard sale events, this event will NOT have food or drink services. This event wi…

"Via Italia: Italian Music of Germany"