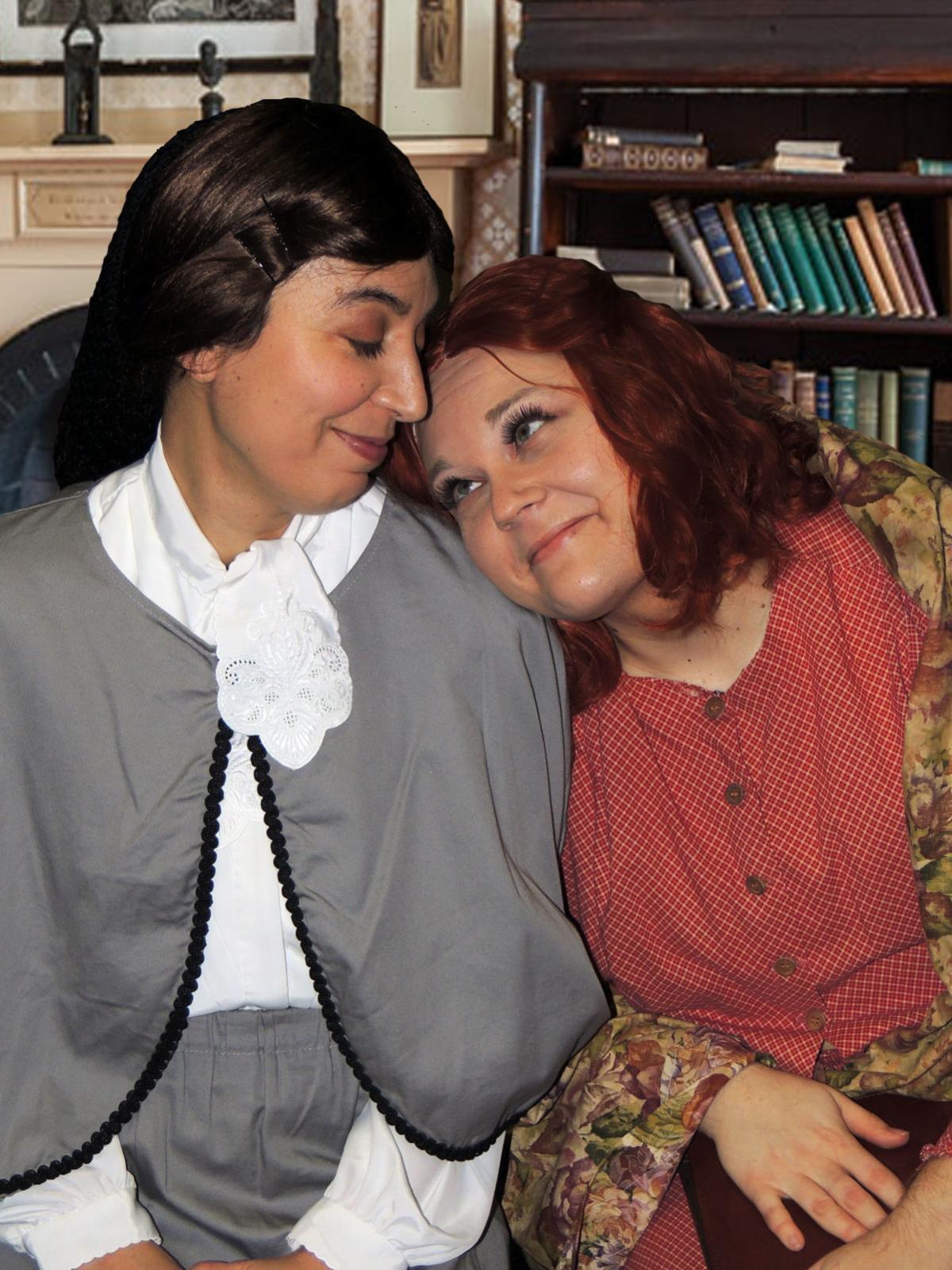 Jessica Billones, as Marmee, and Megan E. West, as Jo, star in Way Off Broadway Theatre’s upcoming production of “Little Women: The Broadway Musical” based on the widely popular book series by Louisa May Alcott. 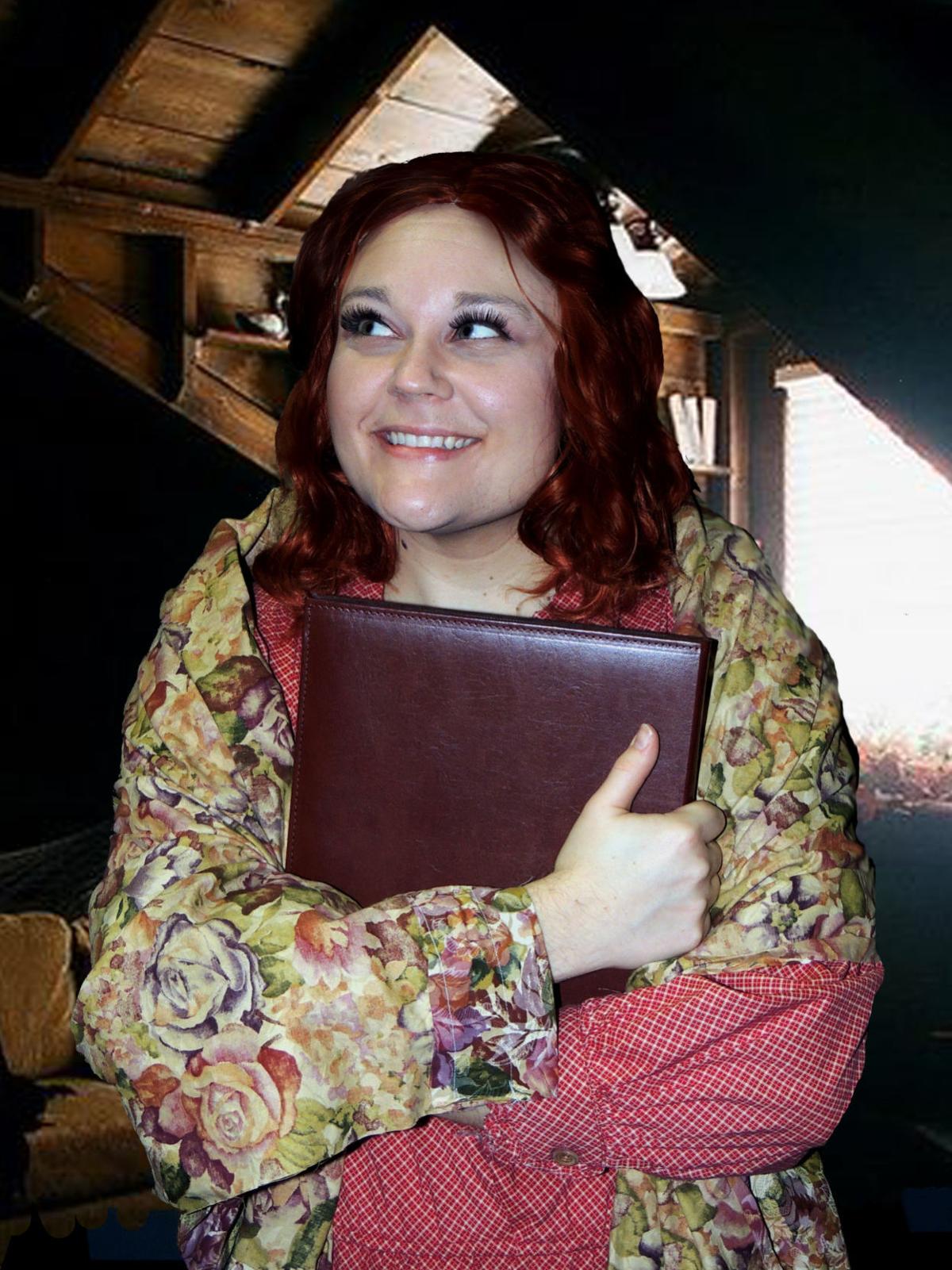 Jessica Billones, as Marmee, and Megan E. West, as Jo, star in Way Off Broadway Theatre’s upcoming production of “Little Women: The Broadway Musical” based on the widely popular book series by Louisa May Alcott.

Megan E. West has been a fan of “Little Women” since she was in third grade and read the abridged edition.

The story has popped back into her life multiple times: in fifth grade when she read the full-length version, in college when she directed the musical, and now as a cast member in the local Way Off Broadway Dinner Theatre’s upcoming musical production of the classic.

“I love the book, it’s one of my favorites,” West, a Shepherdstown, West Virginia resident, wrote in an email. “I am a history buff so the fact that it is set and was written in the 1860s during the Civil War, I am obsessed!”

This time around, West is playing Jo March, the second oldest sister in the Louisa May Alcott stories. “Little Women” centers around writer Jo and her telling the story of her family. Jo is the one who goes against society’s grain with her tomboy dress and wanting to do more than what the average woman does.

“Growing up, Jo was my favorite character because she was so independent and willing to speak her mind. She never let things get her down and when it did, she found a way to get what she needed/what was right,” West said. “She loves with her whole heart and I think that is what makes her so intriguing and also what gets her into trouble because she is emotion-driven. She lets her temper get the better of her on most occasions, but she means well. I love that she, as well as everyone else in the book, are written to be real. They have real problems, real emotions, real fears.“

“She doesn’t need to have all the comforts to be happy. She doesn’t see herself married, at least right away, “ West wrote. “She wants to make her way in the world, not anyone else’s. And as a young woman in today’s society — where it’s not as bad, but we are still expected to get married and raise a family by a certain age — her character and spirit are refreshing.”

Jordyn Morgan of New York City also grew up reading the stories. And in high school, she played Amy. When she failed to land a character in a recent production, Morgan decided to search for any production of the musical at any location. That’s how she landed in Frederick and won the part of Beth.

“That was a role I never saw myself in before,” she said during a telephone interview from home. “She had always stood out in the book as the quiet and meek one, the supportive sister, the one who is your best friend. I was so honored.”

Morgan said she loves Beth’s “supportiveness of all of her sisters.”

“Beth is associated with anxiety and depression — all those things that are actually becoming a movement in the arts and speaking out for those people who aren’t comfortable and didn’t have a voice before,” she said.

Those who have read Alcott’s original story will be happy to know that although this is more of a condensed version, “it still stays true to the story,” Morgan said.

West said “Little Women” has “some of the best music written for a show.”

“I also love the time period because of the costumes,” she said.

Morgan echoed her sentiments and said her favorite song is “Some Things Are Meant to Be,” which is in the second act.

“People sing it all the time, but you rarely see the scene before or the scene after it. That’s her moment where she says goodbye to Jo for the last time,” she said. “It’s a beautiful piece that really creates that sisterly bond of creating that dream together of what their life should be.”

West believes her character, as well as the March family’s story, still resonates with readers.

“I think the reason this story has lived for 150 years and is still relevant is that at its core it is about family. It may be blood family, like the sisters, Marmee, or Aunt March. It might be the friends that become family, like Laurie, John Brooke, Mr. Laurence, Professor Bhaer, or Hannah. It’s about the relationships we make and have,” she said. “I think that there is a character for everyone in the book, someone that you can grab a hold of and learn from their story because they are going through a real situation.”

Although it’s about a group of females, West said this isn’t just a story for women.

“‘Little Women’ is for anyone who has ever cared deeply for another human being,” she said. “Louisa May Allcott wrote this book based on real people, yes mainly her sisters, but she was using real situations, her family, so to me, ‘Little Women’ reminds me that you will always have family, real or chosen.”

What: “Little Women: The Broadway Musical”

"Songs of the Civil Rights Movement"

This musical tribute to the life and legacy of Dr. Martin Luther King Jr. is performed by LE…

"Songs of the Civil Rights Movement"

This musical tribute to the life and legacy of Dr. Martin Luther King Jr. is performed by LE…