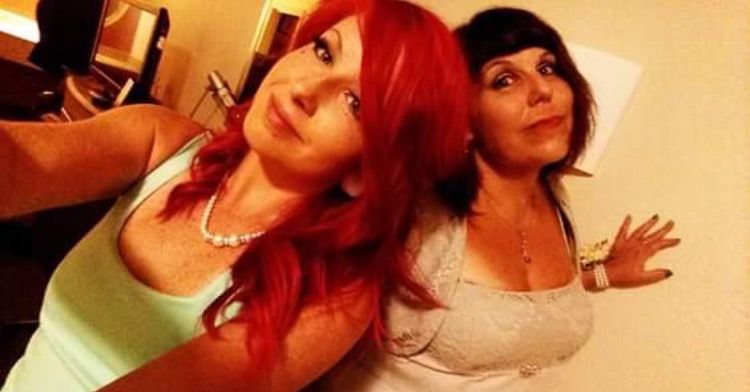 Julia, Amanda Young's younger sister, left, is in recovery for heroin addiction and inspired Amanda's film. Next to Julia is Maggie, Julia and Amanda's mother.

A scene from "Love, Gwen," premiering on Saturday at the Maryland International Film Festival in Hagerstown. 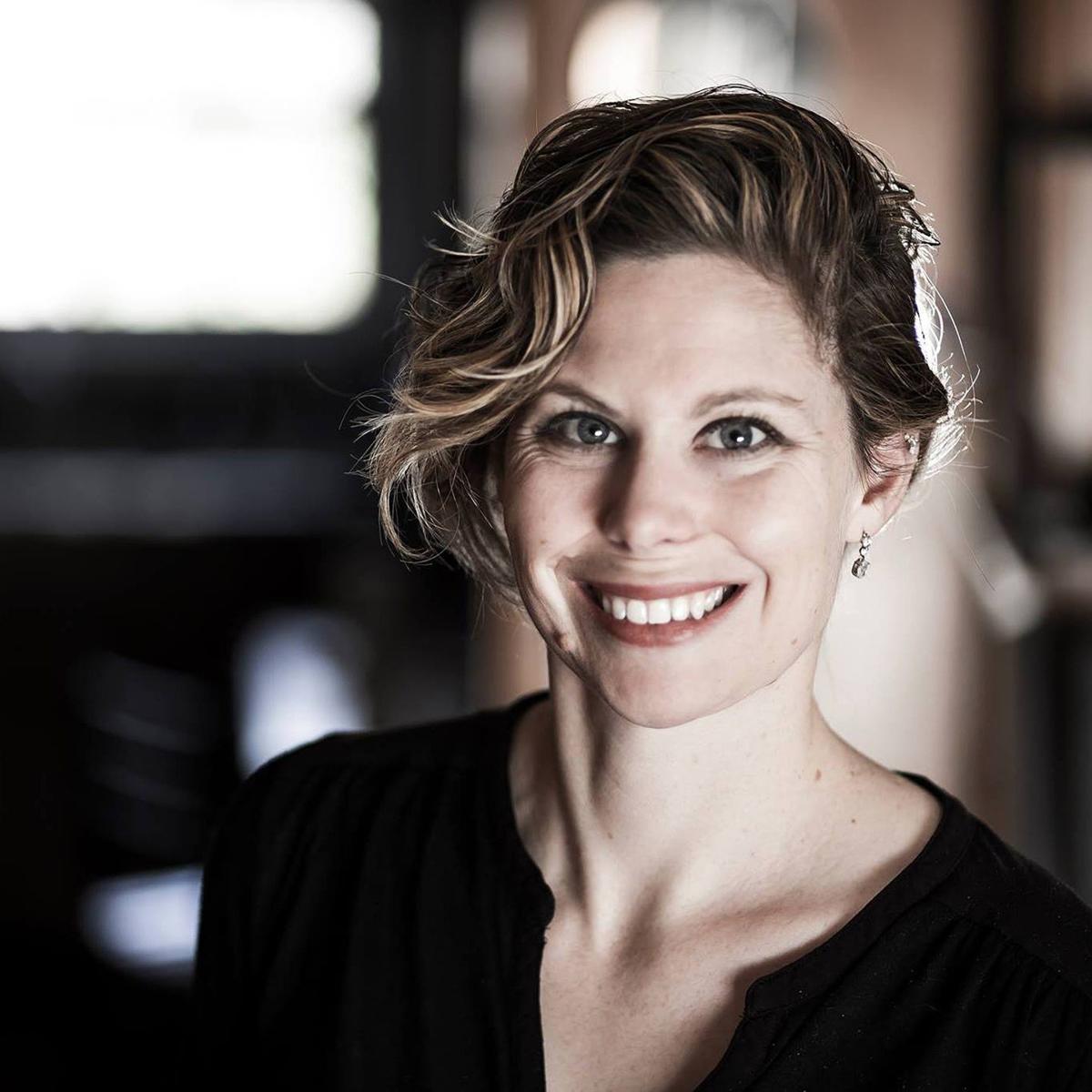 Julia, Amanda Young's younger sister, left, is in recovery for heroin addiction and inspired Amanda's film. Next to Julia is Maggie, Julia and Amanda's mother.

A scene from "Love, Gwen," premiering on Saturday at the Maryland International Film Festival in Hagerstown.

Amanda Young knew she wanted to make a film about heroin addiction. But when she considered what had already been produced — Netflix’s “Heroin(e),” for example, or Showtime’s “The Trade,” two documentaries on opioid abuse and trafficking — she knew she didn’t want to create a facsimile of a big-budget production.

“There are already a few documentary films that have explored the crisis extremely well,” Young said. “And I think I just didn’t have a good grasp on how to communicate how big the problem was. I didn’t know what my thesis would be.”

What she hadn’t seen were films that explored the ugliness of addiction from the perspective of loved ones — the family and friends of a person struggling with substance abuse. And for Young, a graduate of Urbana High School and former Mount Airy resident, that was the viewpoint that hit home.

Like many others, both Julia and Anna used pills for a couple of years (while still managing to graduate from Urbana with excellent grades). Later, they both turned to heroin as an alternative to prescription medication.

“I think, like so many other families, we had no idea what an opiate addiction would be like,” Young said. Both her parents and three other sisters became proxies in the twins’ struggle with substance abuse, spending thousands of dollars on treatment or stepping in to find them at times when Anna or Julia vanished.

That sense of responsibility — however irrational Young sometimes considers it — became the basis of her first narrative short film. Titled “Love, Gwen,” the 28-minute project follows a young woman named Alyssa who risks her own life to rescue her younger sister from a bad situation generated by drug abuse.

“Love, Gwen” premieres on Saturday at the Maryland International Film Festival in Hagerstown — a location that’s especially meaningful to Young given its proximity to her hometown. The film is also meaningful to Julia, who acted as an informal adviser as Young was writing the screenplay.

The events depicted in the film, which take place over a tumultuous 48 hours, are inspired by a real-life incident that happened to Julia in August 2016. At the time, Julia said, she was still sporadically using heroin and had been prescribed a high dose of Xanax, a benzodiazepine used to treat anxiety and panic disorder.

One evening, after a fight with her boyfriend, she left their apartment without the medication. Later that night, she called a friend in Martinsburg, West Virginia, and asked if she could buy some pills. When Julia drove to West Virginia, her friend took the money she offered without supplying any Xanax, so Julia drove around Martinsburg looking for drugs.

When Julia found two men who said they could find heroin, she let them into her car, where they became increasingly angry when she couldn’t follow their directions. One of the men insisted on driving, but the three were almost immediately pulled over by a police officer, who found that the man had a revoked license and a previous DWI.

Julia was arrested for knowingly permitting a driving violation and taken to jail in Martinsburg. Later that night, a bail bondsman called her mother, Maggie, and asked if she had the money to release Julia from jail.

“And I told him no, that she’d have to post her own bond,” said Maggie, who had dealt with similar situations before. “But later that night, I called the bondsman back and asked if Julia had posted bail. And he said, ‘Well, she did get out, but to tell you the truth, ma’am, she shouldn’t be at the motel I took her to.’”

The same exchange kicks off the events in “Love, Gwen,” which begins in earnest when Alyssa drives to the motel and tries to bring Gwen home. Like the film, Maggie said she drove to Martinsburg to find Julia, whose car had been impounded by the police.

At that point, Julia had returned to the motel where she had originally been robbed, buying heroin with the help of another young woman she met there. Julia said she refused to return home with her mother, but became more and more apprehensive as the night went on.

Her new friend took her to the room where two dealers were staying, and where Julia had seen women streaming in and out. When they got there, they found another young woman — “You could tell she had been there for a long time,” Julia said — and began drinking with the two men there.

Julia said her friend and the two men kept giving her heroin that wasn’t particularly potent, encouraging her to spend more and more money on the drugs. Julia said she wasn’t afraid for her life — though looking back, she realized it was dangerous — but was afraid her new acquaintances had ulterior motives.

“I was more afraid of them f------ me over and trying to use me for some other reason than what I was there for,” she said. “I thought maybe they wanted to keep me there and try to traffic me. I figured that maybe they wanted me to run out of money, so I would need them and have to stay there.”

While Young thinks of “Love, Gwen” as a film about co-dependency — a condition she described as becoming “emotionally, physically and financially” involved with another person’s addiction — the film also illustrates the dangers that so often accompany substance abuse.

Women are especially vulnerable to sexual assault or human trafficking, which often goes hand in hand with drug use.

“I can say from experience just here in Frederick that yes, we are seeing an interweaving of drug abuse and human trafficking,” said Sgt. Andrew Alcorn, a supervisor with the Frederick Police Department Criminal Investigations Division.

From January to the present, according to Alcorn, his unit has investigated four cases of human trafficking, at least two of which have involved concurrent investigations by the department’s Drug Enforcement Unit. In many cases, traffickers intentionally supply their victims with drugs to cultivate an addiction, which then makes those victims easier to control.

In other cases, Alcorn said, women — desperate to avoid a painful withdrawal period — will end up trading sex for drugs. After that happens, it can become very difficult to break free of the cycle.

“It’s a very slippery slope,” Alcorn said. “People who are dealing drugs might also be into human trafficking, or know people who are into it. And they can say, ‘Well, I don’t have any dope to sell you, but my friend, he knows you don’t have any money and if you sleep with him, he’ll give it to you.’”

Julia, now in recovery and regularly taking methadone, never stumbled into such a tortured situation. But she has known other women who haven’t been so lucky. And the memory of those two days in August — and the film that inspired them — still troubles her mother, Maggie, who said she’s never been able to set aside her worry for Julia and Anna.

“Basically, a big point of the film is, when do you stop?” she said. “At what point do you draw a line, I guess is what Amanda is trying to say. But as a mother, I have not been able to find that line. If they make bad choices and it causes their death, that’s something I suffer from, too. That’s why I’m invested. When death is one of the very possible outcomes, it’s hard to let go.”

The Maryland International Film Festival takes place from Friday to Sunday at The Maryland Theatre and various other locations in Hagerstown.

Agenda: Municipal Growth. The purpose of the workshops is to discuss the draft plan chapters…

Agenda: Municipal Growth. The purpose of the workshops is to discuss the draft plan chapters…