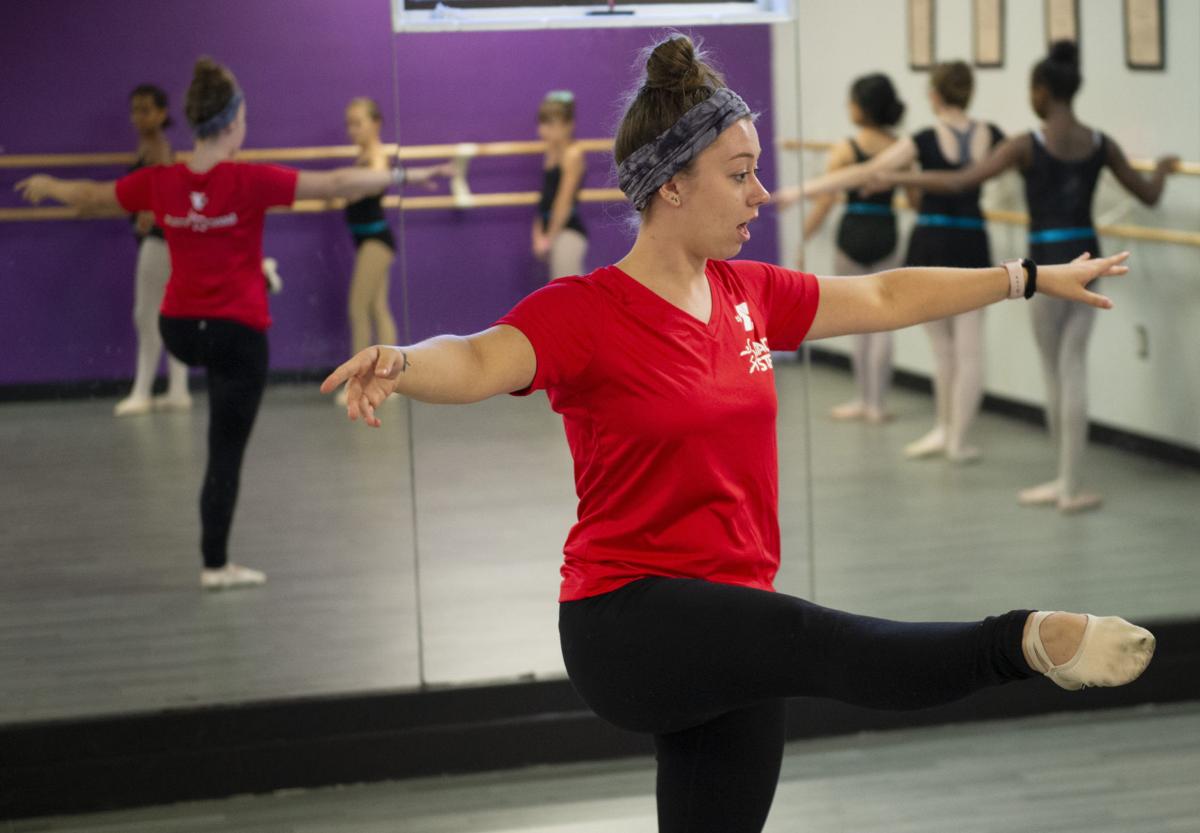 Mackenzie Clark, instructor for the YMCA Checcheti grade 2 ballet class works with students during a recent class in one of the studios on N. Market Street. 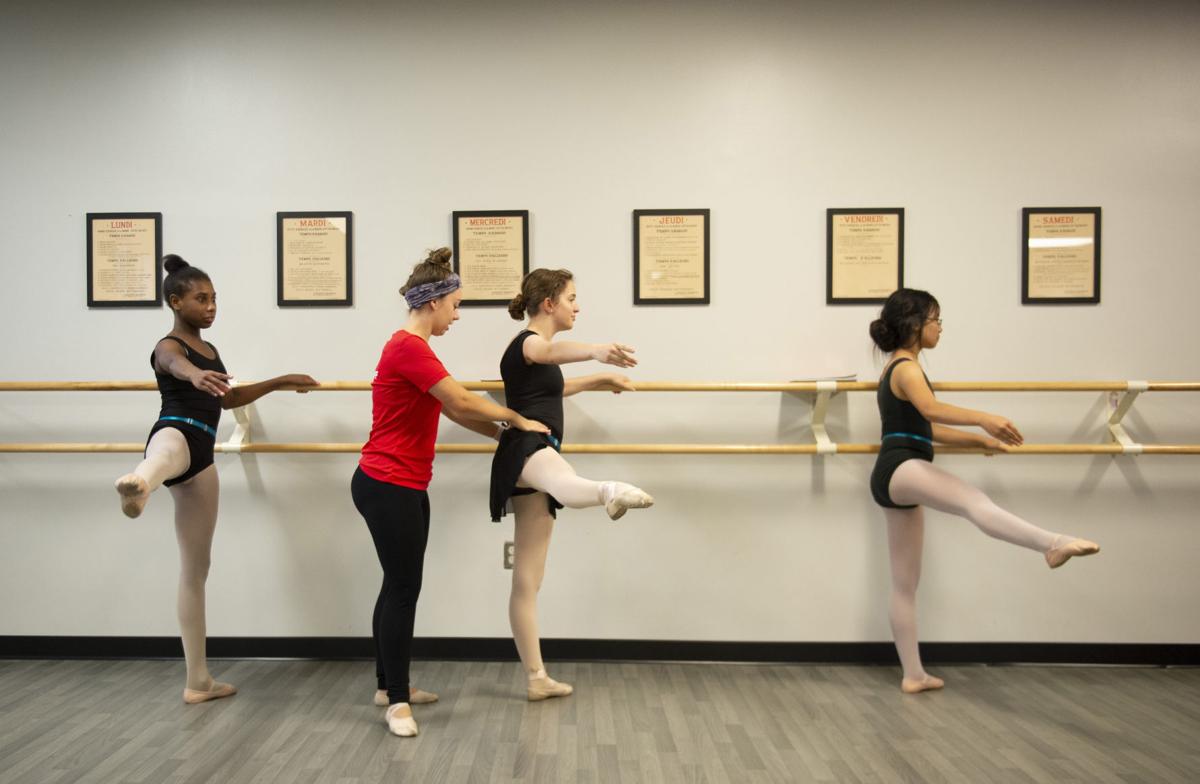 Mackenzie Clark, instructor for the YMCA Checcheti grade 2 ballet class, works with students during a recent class in one of the studios on North Market Street. 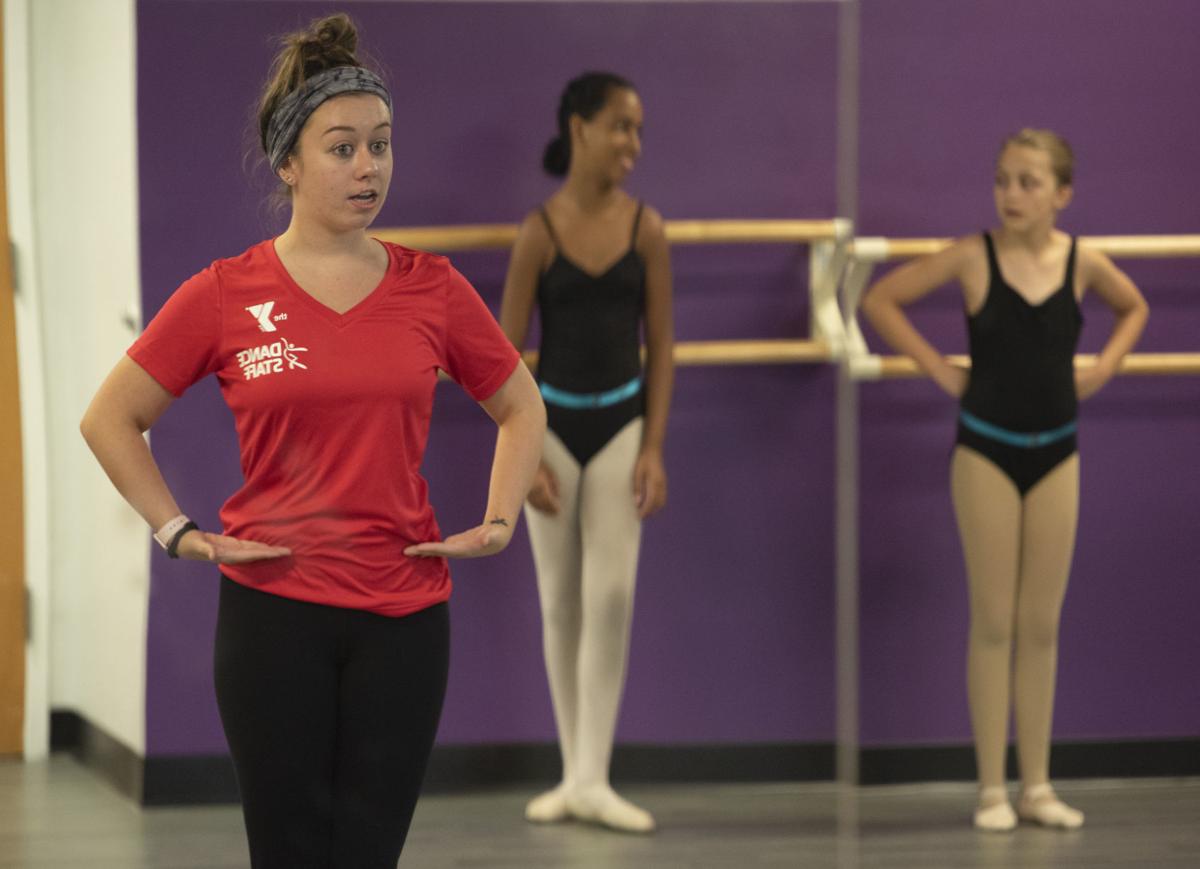 Mackenzie Clark, instructor for the YMCA Checcheti grade 2 ballet class, demonstrates a movement during a recent class in one of the studios on N. Market Street.

Mackenzie Clark, instructor for the YMCA Checcheti grade 2 ballet class works with students during a recent class in one of the studios on N. Market Street.

Mackenzie Clark, instructor for the YMCA Checcheti grade 2 ballet class, works with students during a recent class in one of the studios on North Market Street.

Mackenzie Clark, instructor for the YMCA Checcheti grade 2 ballet class, demonstrates a movement during a recent class in one of the studios on N. Market Street.

Within the first few years of founding the Frederick Children’s Chorus, Judy DuBose realized that tuition would be a problem for some of her students. In the early 1980s, when the nonprofit first started, the fee was only $50 a year — and it was used to recoup some of the costs of uniforms and licensed sheet music for the young singers, DuBose said. But even that small payment deterred some parents from signing their children up for the program.

“We did have some parents saying, ‘I would love to, but I just can’t afford it,’” DuBose said. “And that gave us pause, because of course we don’t want to keep any child from a musical education.”

In response, DuBose decided to waive or subsidize tuition for low-income parents who submitted their tax forms to the organization. Over the 34 years she’s run the group, she’s continued the practice as the cost to join has increased. Today, tuition for the chorus is $575 a year — a fee that includes music, uniforms, weekly lessons, and a week of summer camp. It also helps DuBose pay her teachers and expand programming across the county. But she estimates that 5 to 10 percent of students pay a reduced tuition, or nothing at all.

“We usually use free or reduced lunch eligibility as a baseline,” she said. “But when you have a single mother with two children and the only barrier is cost, it’s a no-brainer. Probably the thing we’ve been most guilty of over the years is being too generous.”

Students in the chorus aren’t just given an opportunity to sing, DuBose added. They learn to read music and receive training under the Kodály method, an approach to musical education developed in Hungary and recently classified as a form of UNESCO Intangible Cultural Heritage. For most students, it goes above and beyond the 80 minutes of musical education they receive each week at public elementary schools. And for the children who can’t afford tuition, it ensures they’re given the same opportunities as any other student in the chorus.

In the past five years, more and more research has focused on the impact of the arts on childhood development. Most studies agree that a rounded arts education can help both academic performance and social skills, emphasizing sharing, emotional regulation, and empathy in young learners. Children from lower socioeconomic backgrounds who participate in the arts often show better outcomes compared with peers without access to arts education. High schools with strong arts programs have higher graduation rates than schools without them, according to the U.S. Department of Education. But nationally, statistics show that low-income and minority students often have less access to the arts.

Organizations across Frederick County, including the Frederick Children’s Chorus, are working to equalize access to the arts and expand local opportunities. The Delaplaine Arts Center recently received a three-year grant from the Ausherman Family Foundation to partially fund a community outreach manager, a new position that coordinates the facility’s arts programming. Caitlin Gill, who took the position just a few months ago, has already expanded some of the Delaplaine’s community involvement, partnering with the Frederick County Housing Authority to hold a series of 12 art workshops for younger residents of Carver and Lucas Village, two public housing communities in Frederick.

The Delaplaine also partners with the YMCA of Frederick County to offer art classes within its Head Start Education program, a federally funded resource for low-income three- and four-year-olds. Independently, the YMCA offers several other arts programs, including dance, cooking, and comic book classes, said Leia Wood, the organization’s Director of Arts and Humanities. While those programs aren’t specifically for low-income students, the YMCA offers financial aid and scholarships to lower-income enrollees who can’t afford the cost of the courses.

“I know last year, we had 15 scholarship participants in the dance program alone,” Wood said.

“Over the years, we’ve probably offered financial aid to thousands of people,” added Chris Colville, the chief executive officer for the YMCA. “We’re filling a need that’s always existed in the community.”

Other arts organizations, including the Maryland Ensemble Theatre, work to expand opportunities within Frederick County Public Schools. For the last 15 years, the company has provided a 10 week in-school program for elementary and middle schools in Frederick County, providing the scripts, coaching, and costumes for a full-scale theatrical production. The MET offers the program for free at the county’s six Title I schools — a federal designation for schools with high numbers of students from low-income families.

School funding for visual arts, music, and theater has increased in Frederick County over the past few years, from $14,977,467 in fiscal year 2017 to $16,513,153 in fiscal 2019, according to figures from FCPS spokesman Michael Doerrer. Still, that funding often doesn’t cover the same type of programming found at many private schools, including theater, said Julie Herber, the assistant artistic director for the MET.

“I’d estimate that about 90 percent of the elementary and middle schools don’t have designated theater programs,” she added. “We started our in-school program based on requests we were getting from some of the parent-teacher associations. And for some of these kids, it’s a once-in-a-lifetime experience.”

The MET raises money for its educational programs through fundraisers and private donations, as do most arts organizations in Frederick County, said Duane Doxzen, the director of development and communications for the Delaplaine. State and local funding is also a major resource. The state of Maryland is currently third in the nation for per capita spending on the arts, according to Nicholas Cohen, the executive director for the advocacy group Maryland Citizens for the Arts.

This year, both the Frederick Children’s Chorus and New Spire Arts — a performing arts nonprofit founded in 2016 — were accepted as participants in the United Way Unity Campaign, an effort to raise $475,000 for 31 Frederick County social service agencies and charities. DuBose is hoping to expand programming for the chorus to other areas of the county, while New Spire Arts wants to raise money to fund individual artists and offer a wider range of arts education programs.

“I think often, the arts are seen as a luxury,” said Daniel Singh, the executive director of New Spire. “That you have to be well-to-do to afford classes. But we don’t think that reflects the diversity of Frederick County, so we want to provide space for everyone. We’d like people to view the arts as a necessity.”

Groups empower county's young women one mentor at a time

Jayda Peart just wanted to run and hang out with her friends after school. She was not expecting to make 15 new friends.

Arts education is exactly what we need right now! Our kids will only benefit from this. They will finally learn some exciting stuff and even I am excited about this opportunity for them. I hope that with the help of https://payforessayz.com/ we will be able to provide our kids with an education that will suit them the best. That is because they deserve it. Our goal is to give our young generation everything that we didn't have.

I think art education is very important, but I can recommend best dissertation writing companies to you, these are some of the best sites in writing dissertations, I think they should be useful for you, I was happy to help.

This country doesn't need more people singing and dancing around on stage. It needs scientists, engineers, and programmers or maybe just a general population that can do math above an 8th grade level. These are the jobs of today that we are importing talent from overseas to fill. Looking forward there are only going to be more of these high tech jobs and they can't be filled by people with degrees in dance, music, psychology, sociology and art history.