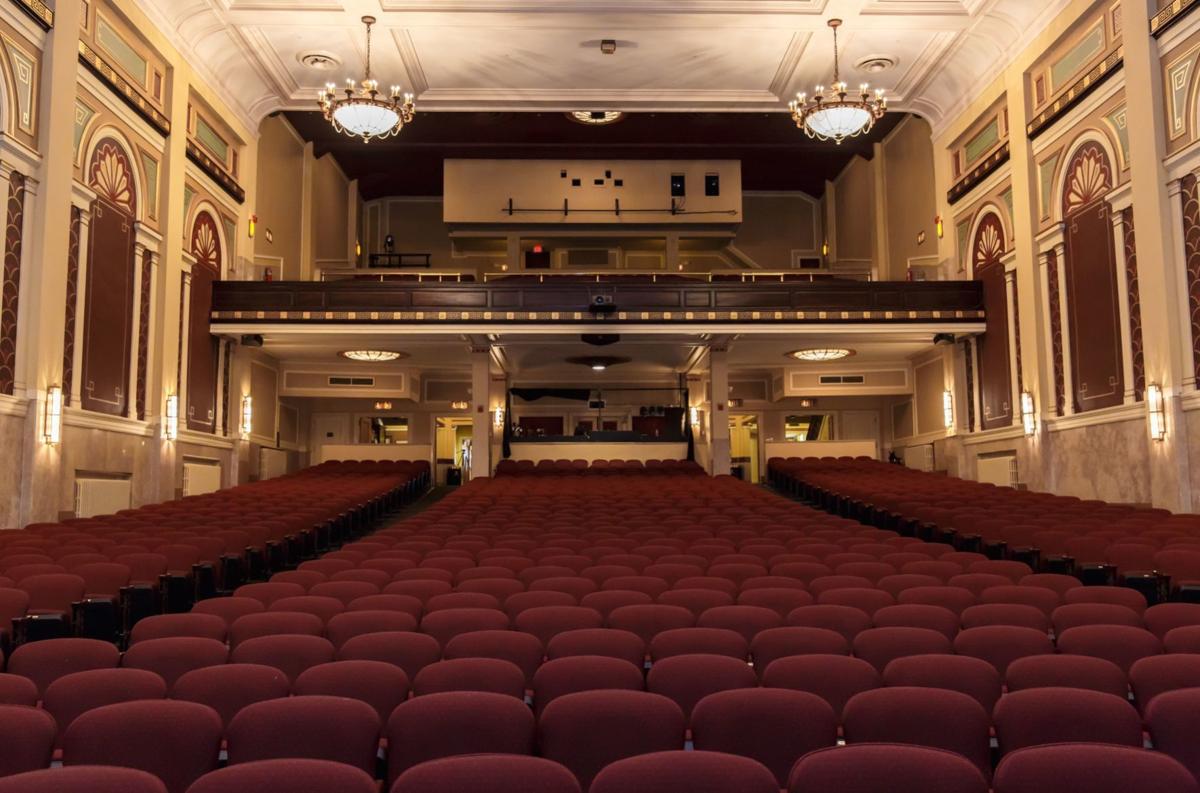 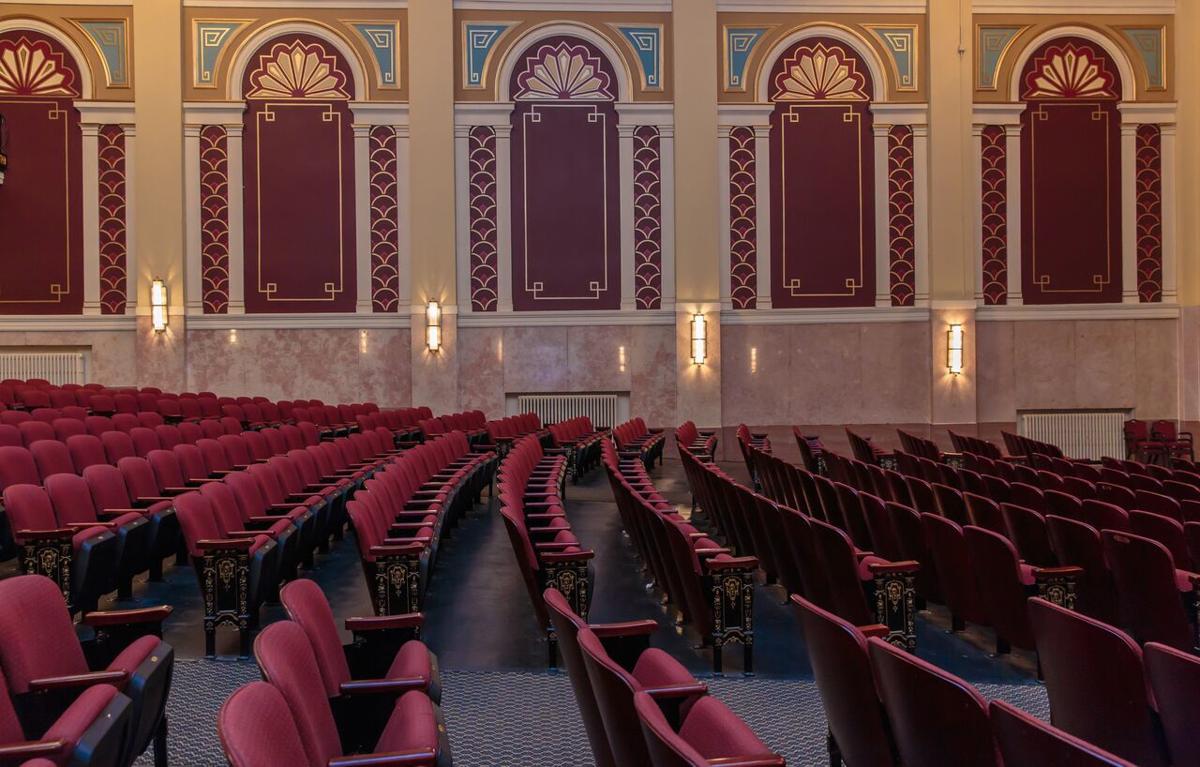 With threat of the coronavirus postponing and canceling music-related performances and events all over Frederick, Colin took a different approach to this week's Turn It On Again column.

One of the best moments to ever be part of the “Succession” universe came during the HBO drama’s second season. Connor Roy is tasked with speaking at the funeral of a man who we discover molested children. Because his girlfriend only learns of as much a handful of minutes before Connor is supposed to speak, she edits his speech down to this:

“Hello. I am here as a fellow human to acknowledge that Lester has, as we know, passed on. Lester was a man. Also, Lester was an employee of the Waystar Company for 40 years. When a man dies, it is sad. All of us will die one day. In this case, it is Lester who has done so. Lester was alive for 78 years. But no more. Now he is dead. Lester’s wife is Maria. They were married for 15 years. Now she is sad.”

And that’s it. That’s the speech. He then walks off the podium as a confused congregation looks on.

The move is played for laughs, of course. The awkwardness of it. How short it is. The absence of emotion, affection or anything even remotely complimentary is done on purpose — Connor wants to run for president and if there’s a soundbite of him eulogizing a child molester circulating, it could ruin his chances. The bit is dark, yes, but it also underlines what a lack of soul can do to moments that inherently need some vitality.

I keep thinking of that when I think about everything that’s going on related to the coronavirus. It’s such a bizarre time to be alive, as though the movie “Contagion” is real life, people being quarantined, shelves at shopping markets being bare, and of course, events being canceled.

The industry getting the biggest headlines as a result of everything has been sports. And rightfully so — March Madness, the Masters, opening day in Major League Baseball, and the NBA and NHL playoffs are cornerstones of popular culture in the springtime. We’ve never known a world where those things don’t exist this time of year, and living through it now epitomizes surreality.

But what’s getting mildly lost in the shuffle is entertainment — more specifically, music. The thing that shocked me more than anything else was the cancellation of South By Southwest in Austin, Texas. I could understand postponing Coachella and every other needless music festival in this country, but South By Southwest encompasses the entire entertainment industry: movies, music, video games, television, technology and more. When they pulled the plug on that, my eyebrows perked.

Then, last week came, and the wave of cancellations and postponements hit this region. I.M.P., which produces shows at the 9:30 Club, Lincoln Theatre, The Anthem and U Street Music Hall, announced it was suspending everything at every venue until at least March 31. Wolf Trap did the same for its Barns schedule. The Birchmere followed suit until at least March 29. The list goes on and on.

And now Frederick is in the fold. The Weinberg Center announced last week that it has postponed all events through April 1. Bushwaller’s canceled its music slated for last weekend. The Pietasters, who were scheduled to perform at Smoketown Creekside, halted their tour that was set to come through Frederick last Friday. Even the Eagles Club, which at best can host only 60 or 70 people in its bottom floor music area, scrapped its Saturday night concert last week.

While we all know that the line between panic and prudence is tricky, it’s hard not to wonder if that line even exists in today’s current state. As of this writing, there have been 167,515 coronavirus cases and 6,606 deaths worldwide. Those numbers are sure to go up by the time you read this.

What’s not given enough attention, though, is that more than 70,000 of those cases have also ended in recovery and that number is sure to go up as well. Despite our fears and despite our worst assumptions, the coronavirus isn’t a death sentence. It’s the unknown. A scary unknown, but an unknown nonetheless.

It would be irresponsible to argue that we should proceed as though nothing has happened. And it goes without saying that in cases like these, not only is it reasonable, but it is imperative, that we overreact rather than underreact, no matter the consequences that taking major precautions bring.

But as the coronavirus pandemic plays out locally, I also think it’s necessary that we take a moment to understand the value of resilience. The more we allow something like this to cripple our daily decisions, the more we lose parts of ourselves along the way.

Even so, on a local level, where maybe a few dozen people gather to watch a band run through “Piano Man,” or a handful of kids take their original songs from the basement to the back room of Olde Towne Tavern, it’s important that we keep in mind the things that keep us going and not abandon them altogether.

We can be cautious, we can be safe, and we can do it responsibly. And as long as we proceed the right way, I don’t know that it’s the worst idea in the world to allow some of these small gatherings to proceed as planned if only to help us maintain our sanity during such a contentious time.

Because as an HBO drama once reminded us, taking the soul out of something designed to be soulful can be as jarring as the reasons behind why we sometimes approach things in a soulless manner. And as the coronavirus continues to remind us to this day, the less soul we have in our world, the less likely we are to find it when we need it most.

And these days, we need it most.