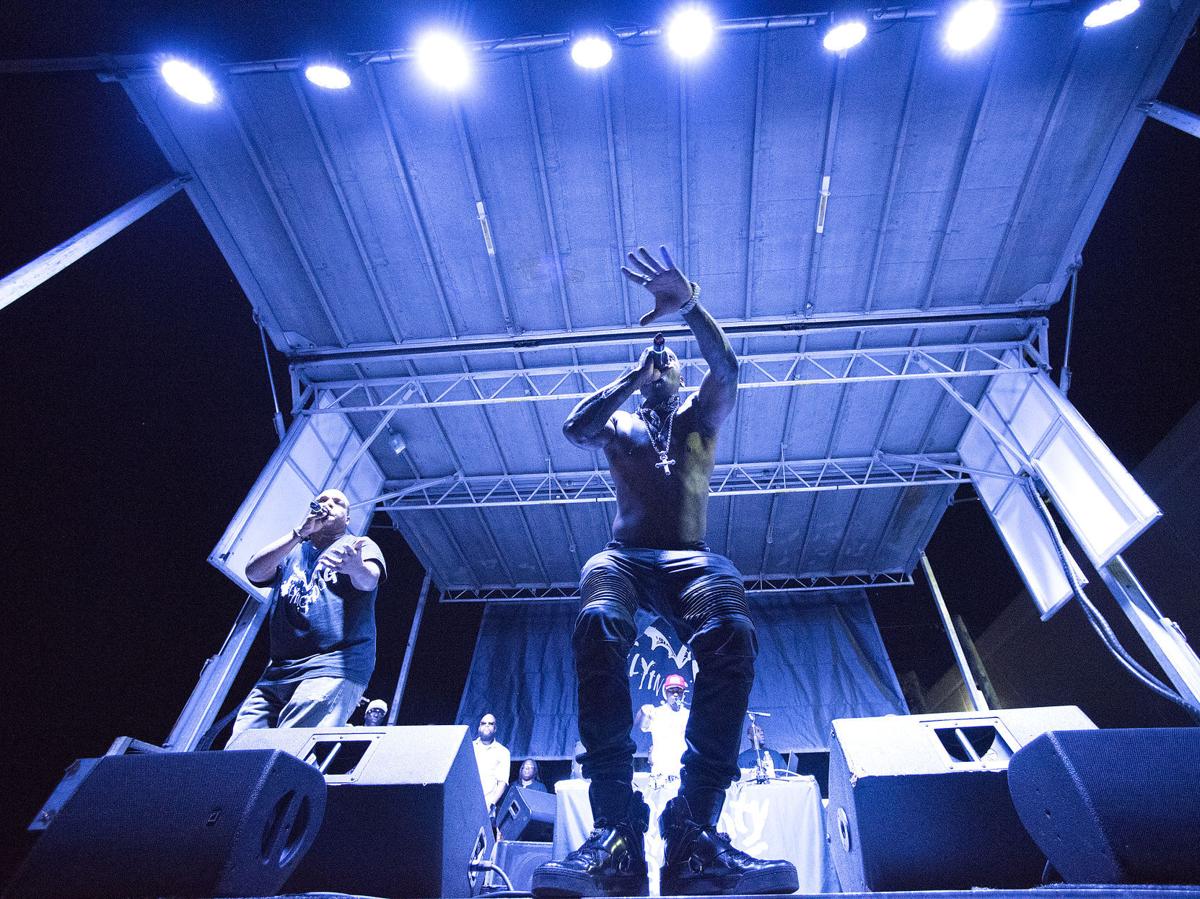 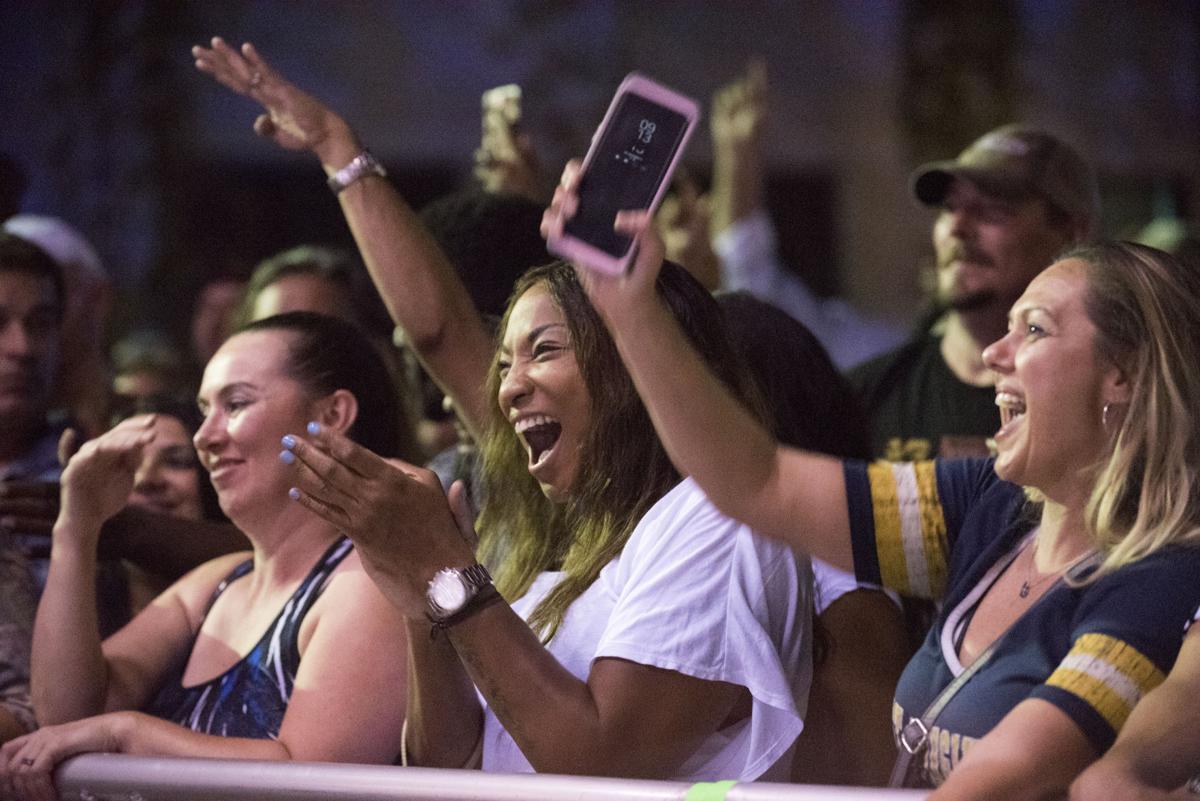 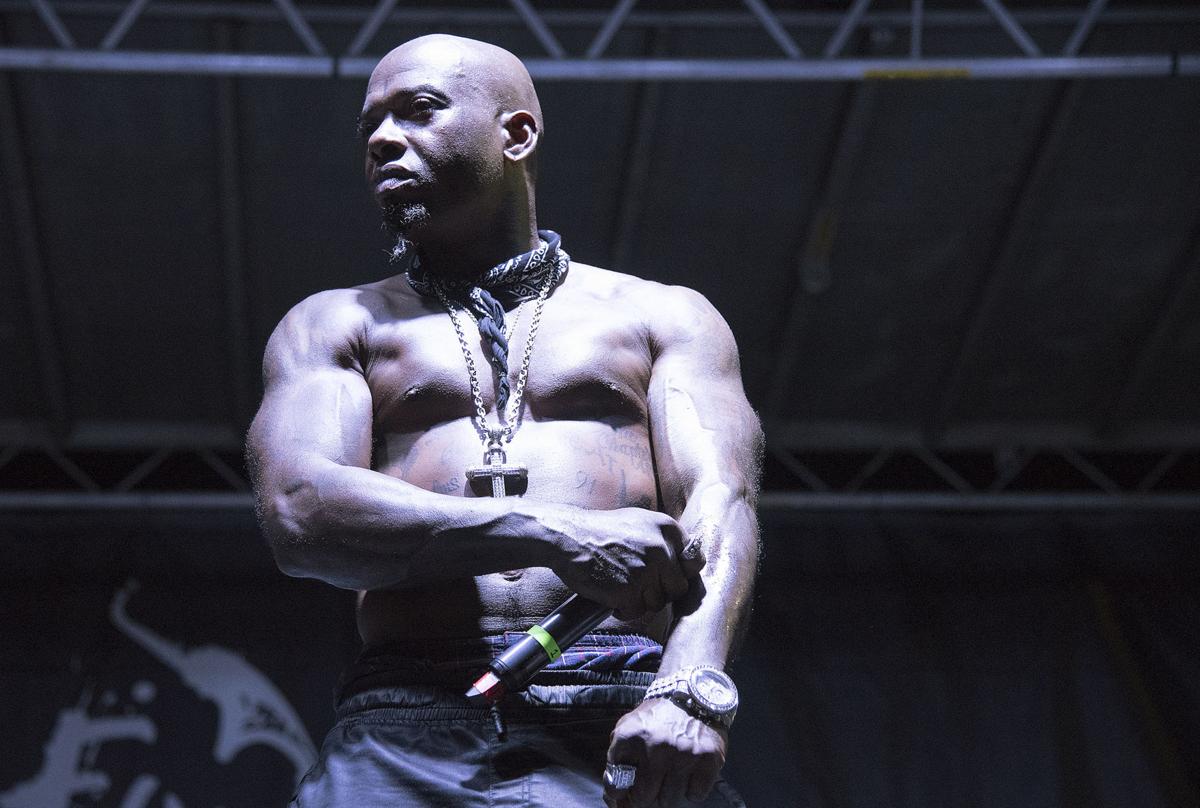 DJ Kay Gee gave a birthday gift of spinning popular hip-hop songs including “Simon Says.” He was the first to take the stage, but Vin Rock and Treach were nearby with microphones in hand, egging the audience on.

After Kay Gee played the Jackson 5’s “ABC,” it was apparent that three letters of a vastly different meaning will be shouted throughout the audience.

“Say O.P.P.!!! You know me,” Vin Rock said as he took the stage along with Treach. The crowd needed no introduction to the 1991 single “O.P.P.,” which catapulted Naughty by Nature into mainstream pop music stardom. The controversial song garnered a Grammy nomination for best rap performance.

Treach, known for his nimble rhymes and mischievous behavior, did not have as much energy as one would expect. He wore a gray scarf and glasses, but his black button-down and cross necklace was a sign that those accessories might coming off. Treach typically peels his shirt off while performing.

Tennille Foster, a longtime Naughty by Nature fan along with her friend Megan McCray, was hoping to see Treach’s bare chest. It’s likely Foster was not the only one.

As Naughty by Nature performed one breathless rap song after another, they took breaks to play songs they knew would be familiar to the whole audience. One song by DMX, “Party Up (Up in Here),” drove the crowd into a frenzy.

Treach made another recommendation to the crowd during DMX’s song. “Where my white fans at?” Treach asked to the delight of fans raising their arms. “Jump! Jump! Jump!”

By the time Kay Gee played Biz Markie’s “Just a Friend,” Treach took his black button-down shirt off to reveal his dark vest and tight gray shirt that paired well with his black skinny jeans.

At this point, Sylvia was onstage with Anthony among a group of Naughty by Nature associates. She was filming the group by raising her bejeweled phone case. She looked comfortable onstage, as if the platform were her living room.

Vin Rock celebrated Kay Gee, whom he affectionately called the group’s “super producer.” Not long after, Naughty by Nature performed “Guard Your Grill,” another song from the group’s 1991 self-titled album.

Treach’s energy clearly increased, as he rapped while walking on the speakers in front of the stage. He even jumped down to shake hands with fans before returning to the stage to rap some more.

Treach and Vin Rock’s rapid- fire rhymes and stage chemistry appeared effortless. There was no hint of acrimony between them, despite the well-publicized spats they have had over the years.

Treach, who has never shied away from being the sex symbol in the group, did some pelvic moves and shook his hips during “It’s On,” a 1993 song from the group’s second album, “19 Naughty III.” Treach, now in just a gray shirt, dedicated his performance to Janet Jackson’s Super Bowl wardrobe malfunction.

“Put me on the planet, damn it, where all the sistas look like Janet” is the first verse to that song.

The audience was in a feel-good mood, because by the time Vin Rock said “It’s Friday night in Fredericksburg!” the crowd cheered like they didn’t care they were actually in Frederick. Vin Rock was wearing a black Flying Dog shirt, which made the mistake a bit less egregious.

During a short rap break, Kay Gee played a recording of Eminem praising Treach’s complicated rap flows. This was Treach’s time to shine, and he took advantage of every moment. Treach’s tongue-twisting rhymes got cheers from the crowd, and even some gasps during the raunchiest moments of “Yoke the Joker,” also from Naughty by Nature’s first album.

About 9 p.m., Foster got to see Treach’s bare chest. He tucked his chain in before taking his shirt off, revealing the tattoos that cover his chest and back.

Vin Rock must have felt at home, because he asked “Where the weed at?” to the audience.

A puff of smoke wafted in the air as if in agreement.

Naughty by Nature is known for their vulgar lyrics, which they did deliver, but they pepper in uplifting messages. Vin Rock encouraged the crowd to say “I love myself,” and Treach said, “The hood need a hug,” at the end of “Everything’s Gonna Be Alright.”

The power of hip-hop can be seen in the lives of hip-hop fans like Pierre Reed, a Frederick resident who remembers listening to the group when he was in the military in the early ’90s. “Hip-hop is an experience. It actually touches all aspects of your life,” he said. “It can touch on everything from political, from life, to love, to everything. Whatever type of hip-hop fan you are ... there is something that reaches you as a person.”

All this story does is promote drugs, alcohol and black racism against whites.

And the use of filthy language in public.

"Professional musicians" publicly supporting illegal drug use and creating an overtone of racism have no place in Fredrick City, much less the county. I hope that FPD and FCSO were around to relieve the law-abiding people of Frederick County from the scum that support (and participate) in the illegal drug use during this venue. As for the host, all they care about is money generated from this publicity stunt.

I keep saying it ... stop allowing Frederick City and Frederick County to become the next Montgomery County and its immediate neighbors.