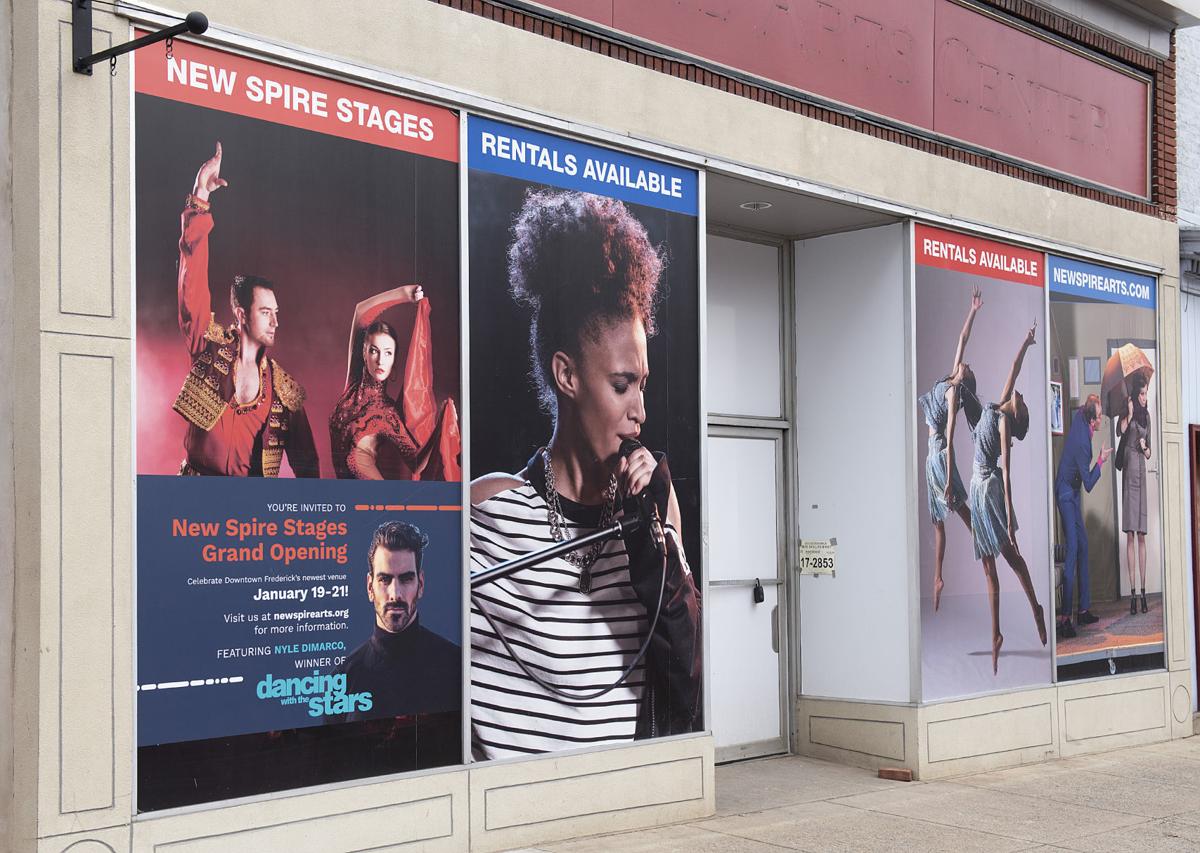 The New Spire Arts nonprofit operates New Spire Stages on West Patrick Street, a black-box theater with 200 to 275 seats. The board recently hired a new executive director after a staff shakeup earlier this year. 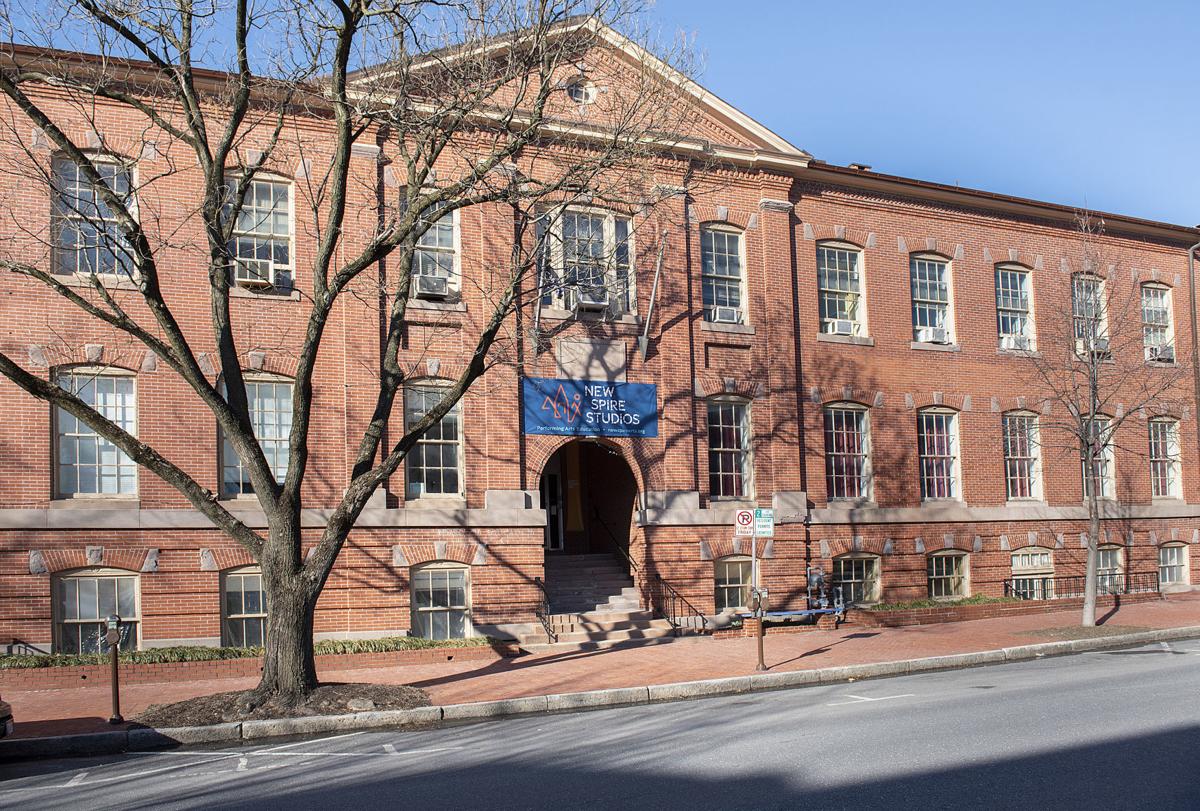 The New Spire Arts nonprofit opened New Spire Spaces in the former Board of Education building on East Church Street in 2017. The nonprofit gave up the space in March. 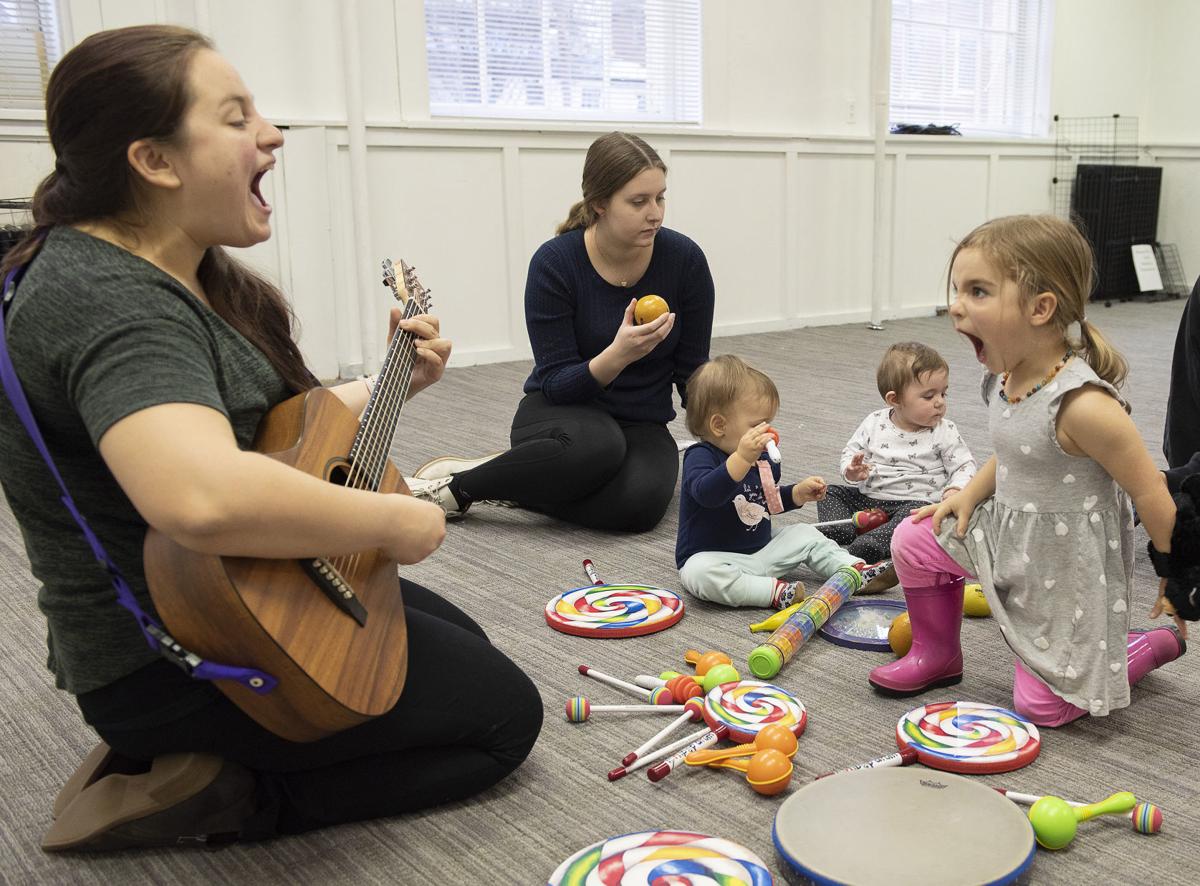 This picture from a children's music class in January is an example of the types of educational programs that were held at New Spire Arts' facility on East Church Street. 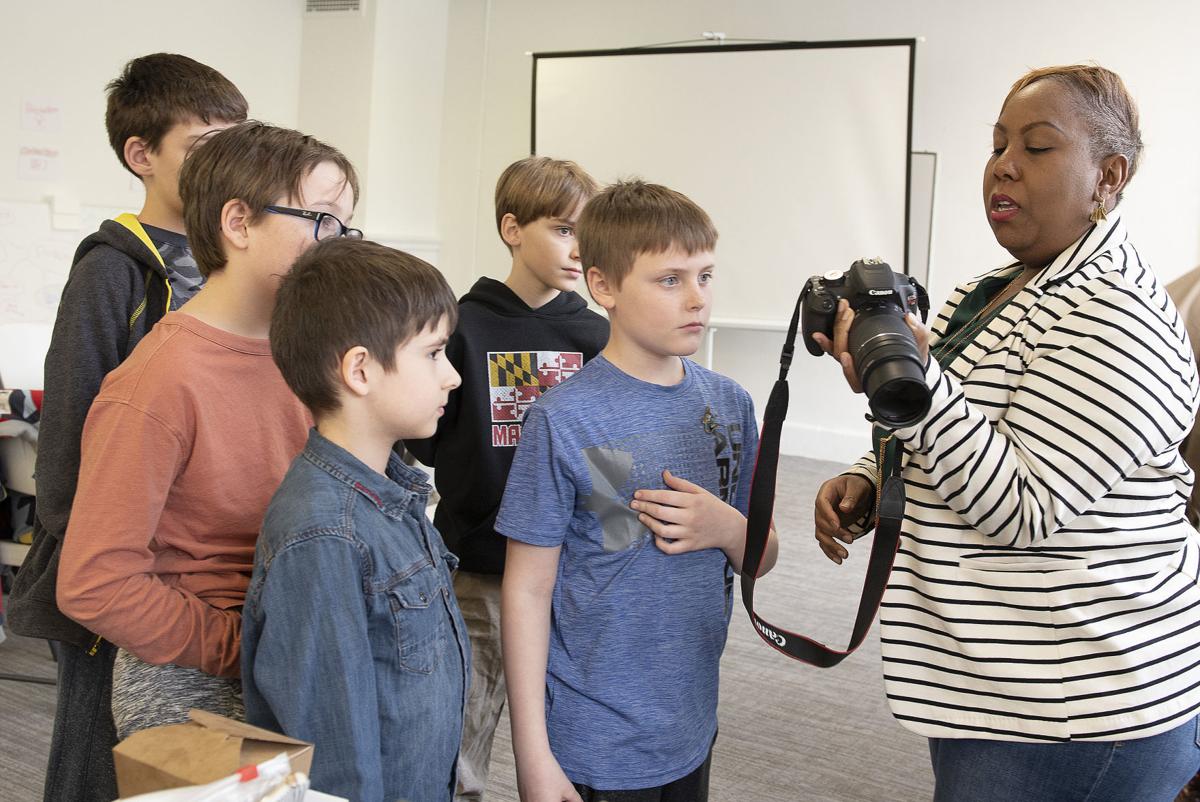 Students attend a film making class in January at the then-New Spire Arts studio on East Church Street. The nonprofit gave up the space in March.

The New Spire Arts nonprofit operates New Spire Stages on West Patrick Street, a black-box theater with 200 to 275 seats. The board recently hired a new executive director after a staff shakeup earlier this year.

The New Spire Arts nonprofit opened New Spire Spaces in the former Board of Education building on East Church Street in 2017. The nonprofit gave up the space in March.

This picture from a children's music class in January is an example of the types of educational programs that were held at New Spire Arts' facility on East Church Street.

Students attend a film making class in January at the then-New Spire Arts studio on East Church Street. The nonprofit gave up the space in March.

After six months without an artistic leader, New Spire Arts announced the hire of a new executive director in a news release last week.

Gerard T. Gibbs will join the performing arts nonprofit on Sept. 3., traveling cross-country to Frederick from his former position as the director of arts programming at Dixie State University in Saint George, Utah. The hiring of Gibbs comes after a transitionary period for the fledgling performance arts nonprofit, which surprised the community in March by jettisoning a planned education program.

At the time, board members announced that the organization would transfer the lease for the former Board of Education building on East Church Street — once planned as an education center and community space — to the YMCA of Frederick County. The YMCA would also take over the nonprofit’s arts education mission through a “strategic partnership” with New Spire Arts, according to a news release from the organization.

Five positions were also eliminated through the change. And according to multiple former New Spire staffers, former executive director Daniel Singh was fired from his position. The board has not confirmed or denied Singh’s firing. Board president Gordon Cooley said the board would not comment on personnel decisions.

In the intervening six months, the organization transferred its focus to New Spire Stages, a roughly 275-seat black box theater that opened in January. The board also conducted a nationwide search for a new executive director, Cooley said. Gibbs was selected from six finalists, two of whom — including Gibbs — traveled to Frederick for day-long interviews with community stakeholders. Gibbs met with leaders from the county’s Chamber of Commerce, Downtown Frederick Partnership and United Way, among others, Cooley said.

The board included other local arts leaders in the interview process, including John Healey, the executive theater manager of the Weinberg Center.

“It really came down to the ability to really become part of the Frederick community,” said board secretary Matt Livelsberger. “And Gerard is an artist, he’s dedicated to the arts, and he really made it known how impressed he was with Frederick and the vibrant arts community here and the beautiful downtown.”

Before his role at Dixie State University, Gibbs was the executive director of the Empress Theatre in Fort Macleod, Alberta, a community movie theater that also hosted concert series, summer performances and film festivals. The position gave him the opportunity to program new events like the Fort Macleod International Chamber Music Festival, Gibbs said, which he established with help from renowned Israeli viola player Rivka Golani.

Gibbs is a musician. He plays both modern and “historical” oboes, according to the release, and traveled through Europe and North America for performances. He holds U.S., Hungarian and Italian citizenship, and earned a degree in The College of St. Scholastica in Duluth, Minnesota.

In Frederick, he’s ready to turn his focus local. Gibbs said the board informed him of the changes at New Spire over the past six months, including the loss of the education program and renewed focus on the theater space. New Spire Stages has been mostly dark since its debut in January, largely to avoid making long-term programming decisions without an executive director. The few events since then have been mostly local, including a three-part “Frederick Jams” series featuring local musicians.

“We are not, as a board, a group of art professionals, so we have not been selecting artists and performers,” Cooley said. “We wanted the new executive to be able to program as quickly as they can and not have impediments in their way like a week-long performance of this or a series of that.”

Gibbs doesn’t have specific programs or events in mind for the space yet, he said. But he’s open to meeting with the community and learning about the types of events that might be missing in the community. Like his predecessor, Singh, he noted that the size of the theater could fill a niche between the 50-seat Maryland Ensemble Theatre and roughly 1,100-seat Weinberg Center.

The size makes it a potential resource for local musicians and performing arts groups, he said, as well as smaller touring acts that might not be able to fill a large venue.

“It’s a balancing act,” he said. “The challenge is to find programming that will financially support the venue and draw people to the space. It’s easy to say we could find outside support to keep the venue going. But it does nothing for the community if you’re not bringing people in.”

If New Spire Arts adds education back to its mission, Gibbs said, the move will come gradually, after the organization becomes more financially sustainable. Meanwhile, the YMCA added new music and theater classes to its programming over the last few months, said CEO Chris Colville, also a board member at New Spire Arts.

The Y temporarily suspended its lease agreement for the former Board of Education building at the beginning of September to allow 115 Arts Trust, a subsidiary of the Ausherman Family Foundation, to complete renovations on the first two floors. The improvements will focus on bringing the building to ADA compliance, Colville said, with a few interior and exterior modifications. The organization plans to resume programming at the facility by the fall of 2020.

As a tenured nonprofit, the YMCA is well-suited to take on the responsibility of such a large building, Colville added. New Spire Arts was losing around $85,000 a year to the facility while it was occupying the building. The Y is continuing the New Spire mission by opening the location to local arts groups and performers without a permanent space of their own.

“That’s our plan once we take over the building again,” Colville said. “So, if anyone is interested in using the space, I’d tell them to reach out and contact us.”