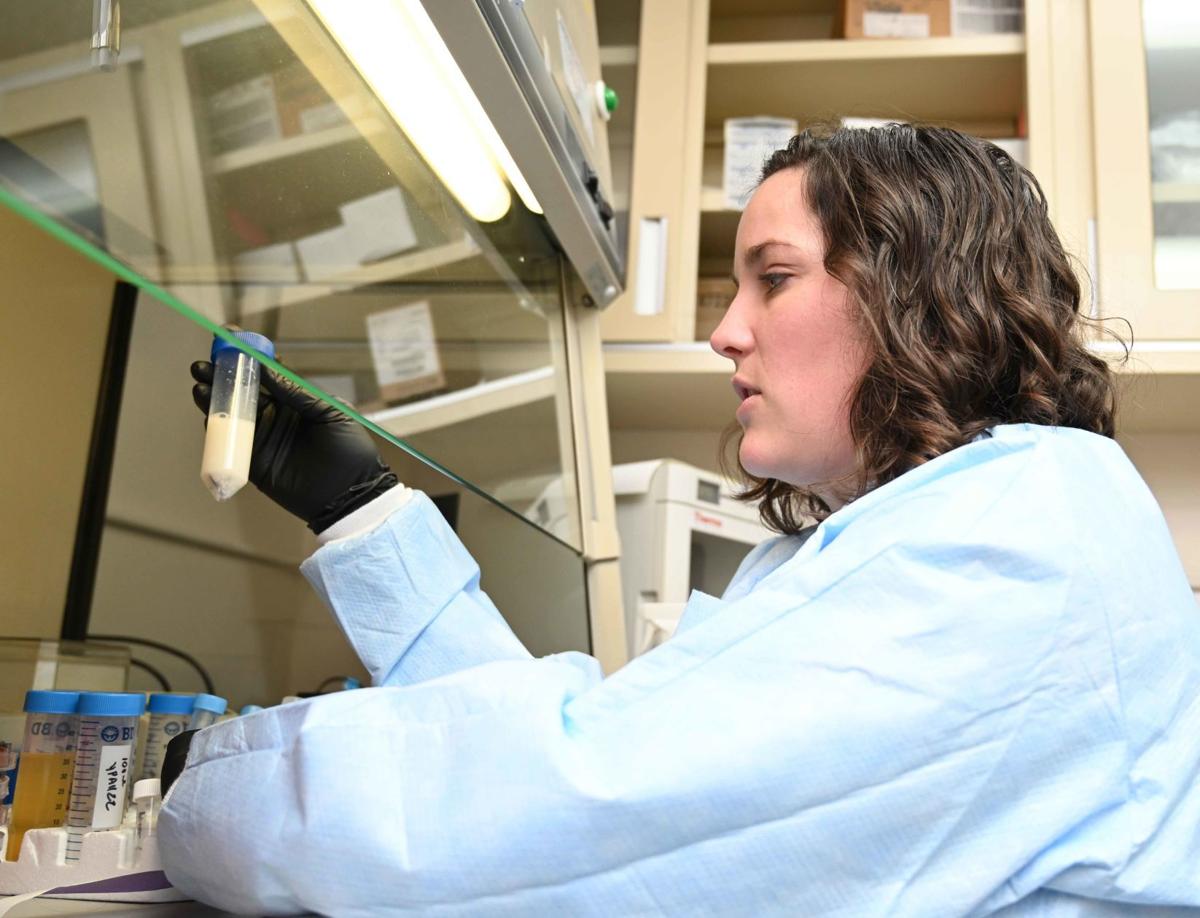 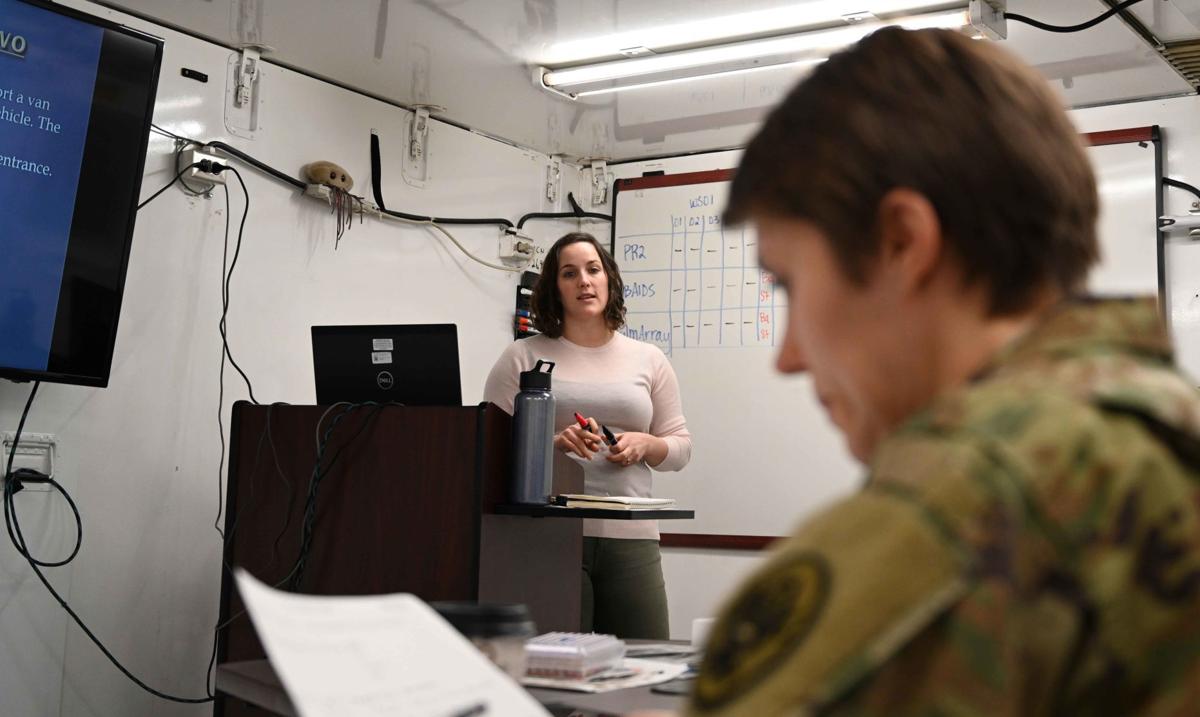 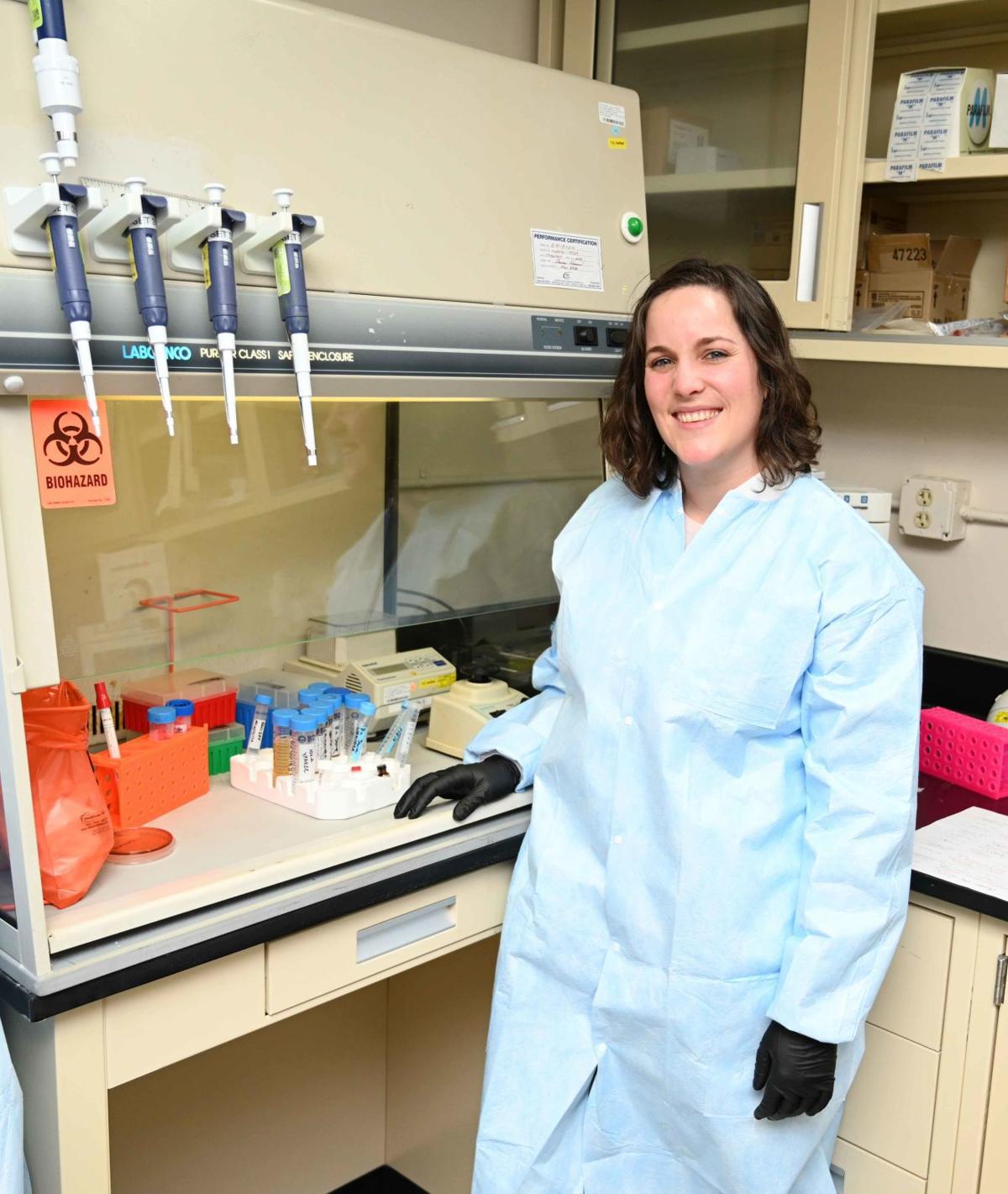 At Fort Detrick, Long-Hyland teaches field identification of biological warfare agents. But her experience in that category did not help her much on the two “Jeopardy!” games she played. Science was never one of the categories, she said.

Long-Hyland won her first game, taking home $13,412. Unfortunately, she answered wrong on the final “Jeopardy!” question, answering Winston Churchill instead of Neville Chamberlain to the question: “In a 1930s broadcast, this man spoke of ‘a quarrel in a faraway country between people of whom we know nothing.’”

DoD memo: Funding being withheld from USAMRIID at Fort Detrick until conditions are met

At that point, Long-Hyland was behind her fellow contestants and the wrong answer put her too far behind. She ended third.

As the champion going into the second game, she felt a bit more pressure, she said. Everyone wants to dethrone the winner of the previous game. She knows that because she felt similarly when she played her first game.

Long-Hyland’s “Jeopardy!” journey started in 2006 when she started taking the online tests. Eventually, she got an in-person interview in April 2017, which meant she went to take a 50 question written test and play a mock game. After the interview, if producers call, then a person gets to be a contestant on the actual game.

But Long-Hyland did not receive the call, so she had to start over, taking the online tests again. She got called for another in-person interview, and that time, producers called her back to play on the game.

It was a “dream come true,” she said.

When she first arrived to play the game, she and other future contestants got to check out the set and run through practice games. Then they sat around, waiting for their game. “Jeopardy!” films five games a day.

Long-Hyland played in the second and third game. Because she won the first game, she had 10-15 minutes to change clothes, compose herself and get back to playing. Two games in a row can be mentally taxing, she said. She does not know how people come back when they are on a streak.

In terms of categories, the food and crayola colors categories were easiest, and she did well in those. She knew all the answers to the Danny Devito category, as well, but she did not get answer all of them due to not buzzing in quickly enough.

Buzzing in at the right time is a skill, she said, “because you have to time it so well…” Her biggest advice to people is to practice the buzzer. There are online sites that detail strategies, and she knows of people who practice by clicking a pen while watching the show.

People are not able to jam too much more information in before they get to go on, she said, but they can improve how well they do buzzing in.

Being on “Jeopardy!” was “awesome,” she said. One of her favorite parts was getting to see Alex Trebecks’s personality. The host would answer question from the audience during breaks, including about his own illness.

Her two games on “Jeopardy!” will be the only time Long-Hyland appears. It is a one and done opportunity unless someone qualifies for a tournament.

Would you want to be a “Jeopardy!” contestant?

This is fantastic news! Well done and well earned Champion!

Maybe next time you could mention when the game was aired...or did I miss it?

it was a few weeks ago.