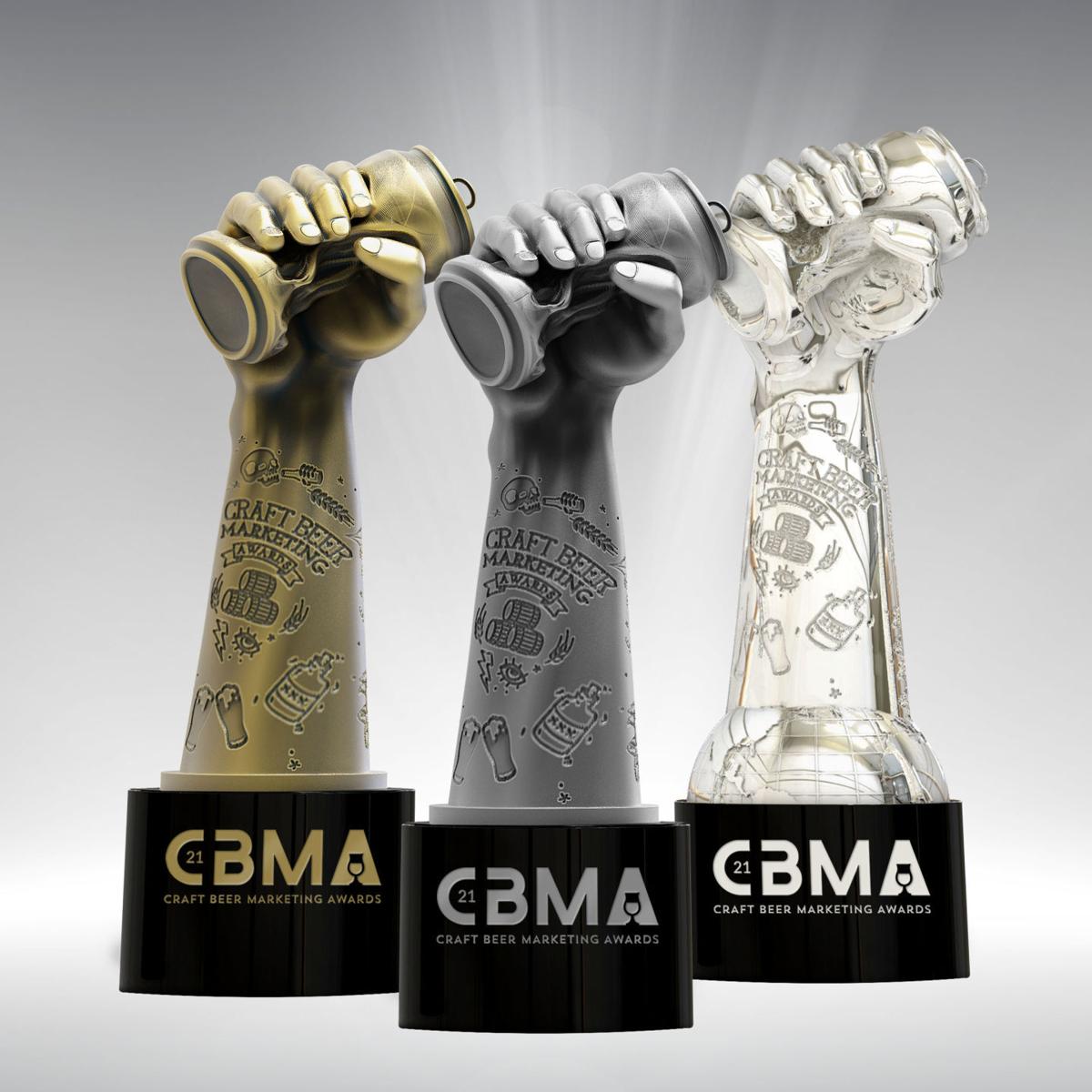 In Episode 236 of UnCapped, host Chris Sands is in conversation with Jackie DiBella and Jim McCune, co-founders of the Craft Beer Marketing Awards. They discussed the competition, some of the winners, and the awesome trophy that is awarded. Here is an edited excerpt of their talk.

Jim McCune: We’re the Craft Beer Marketing Awards, and some people call us the CBMAs, but I think we’re getting really known as the Crushies.

Chris Sands: Well, it is, by far, one of the best trophies of any trophy ever. I won’t even narrow it to beer competitions.

Jim McCune: Thank you. Society Awards build our trophy, and they actually build the MTV Moonman and Emmy Awards, so we went with a top-shelf trophy manufacturer in the country.

Chris Sands: So you got someone who knew what they were doing. Who designed it?

Jim McCune: We did.

Jim McCune: We have three now: the Platinum, which is our highest award; Gold; and our new award this year, which is the Global.

Chris Sands: Is that for outside the U.S.? Breakdown what the different Crushies are.

Jackie DiBella: So, 2020 was, unfortunately, our first year, and we started out just at a North America level, so we had Canada, some of South America, Mexico and, obviously, the U.S. In 2021, we went global, because the demand was definitely there. People from all over the world were asking us to enter. So we expanded, and while Platinum and Gold, you can still win within your region, you also have the opportunity to enter at a global level, where you compete against the world in your category. That’s kind of the top of the top, the Global Crushie.

Chris Sands: How did the CBMAs come about?

Jim McCune: It’s a funny story and only a couple years old, at this point. Jackie and I were in the beer marketing world, and we had been to so many beer tasting events that are prevalent in the industry, but we noticed there really wasn’t anyone celebrating all the great work that designers, marketers, branders, advertisers were doing. The beer itself is half the battle, but everything from merchandise, the website, photography, copywriting and social media — there are so many other aspects that we wanted to shed light on. Jackie and I were like, “This must exist.” We Googled it, we couldn’t believe it didn’t exist anywhere in the world. We were definitely the first. So we developed the CBMAs to recognize and award the marketing in the brewing industry — and this year, around the whole world. Breweries, their agencies, artists and their marketing partners all got invited to enter their top work.

Chris Sands: Did you work for ad agencies and marketing firms or directly at breweries?

Jackie DiBella: We have experience on both sides. We’ve been behind the scenes on all of it and just thought: time for our teams to get recognized.

Listen to the full podcast at fnppodcasts.com/uncapped. Got UnCapped news? Email csands@newspost.com.