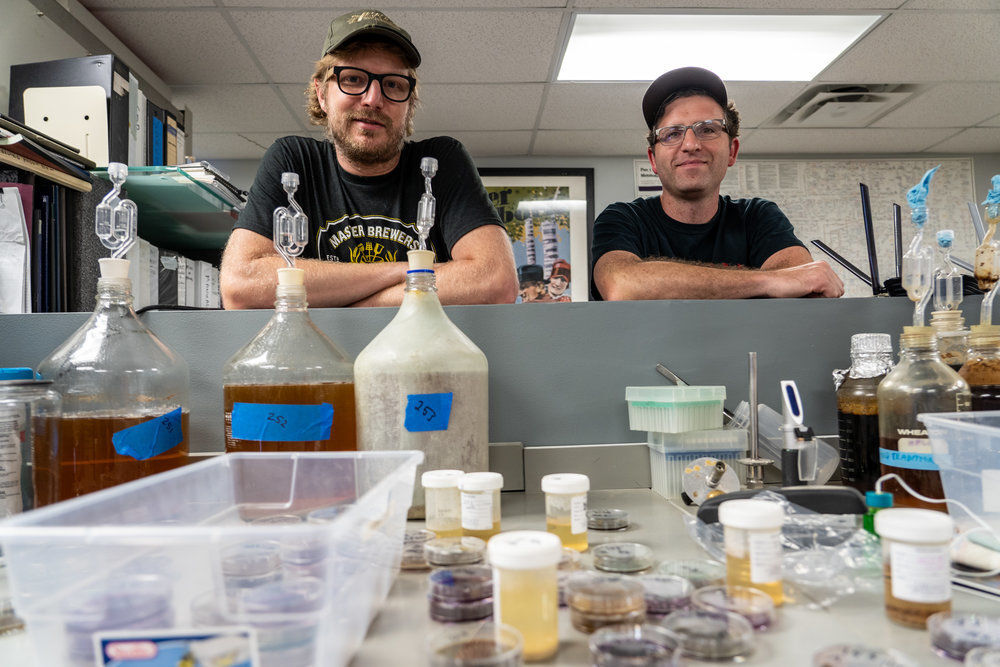 We go back into our archives this week to bring you episode 142, recorded in August 2019. If you have questions about yeast, how it works and the importance of it in the process of making beer, Jasper Yeast cofounders Jasper Akerboom and Travis Tedrow have you covered. They took podcast host Chris Sands from knowing absolutely nothing about yeast to knowing almost nothing. Here is an edited excerpt of their talk.

UnCapped: And both of you have worked as brewmasters previously, correct?

Travis Tedrow: That’s correct. I started brewing in 2007, did an internship before that, worked at several breweries in the Mid-Atlantic area, and Jasper’s been brewing since … when?

UnCapped: So when you were at Lost Rhino, was it because of your history with science, or were you already a craft beer connoisseur or home brewer?

Akerboom: Yeah, I mean, I was a home brewer back in the Netherlands, before I came to the United States in 2007. The home brewing scene there at the time was very different. No IPA, all Belgiums, one store, really, in the country that you could go to, which was on the other side of the country, a two-hour drive.

When I came to the U.S., my idea of American beer was jaded, thinking that it was all Bud Light, Miller Light, low quality, cheap, easy, NASCAR-drinking. The craft beer movement had already started, and I remember going back home to the Netherlands and bringing some beers, and people were like, “Wow, this is fantastic. What’s going on there?”

So I was already into beer and brewing, and obviously with my science background and I isolated my own yeasts for beers, and that’s how Lost Rhino and I connected. We brewed a beer that was 100 percent Virginia ingredients, and I brought the yeast strain to the table.

UnCapped: How did you [Travis] get into craft beer? What were you doing before?

Tedrow: I was working on the Hill for a little while, writing letters to constituents, for Alabama, actually. It was a fun job, kind of a holding place for me. I always thought I was gonna do something with my hands, on my feet. Did some home brewing during college and, like every home brewer, had some good experiences and then said, “Oh, I’m gonna start a brewery. I’m obviously really good at this.”

I moved to Portland, Oregon, in 2006. At the time I thought that’s gotta be the mecca of craft brews opportunities. With the intention of finding a job, I found my way into unemployment very quickly. I got an internship — that was the best I could come up with, which was great. If you can talk a brewer into letting you have an internship, you can learn a lot more without having to do as much scrubbing as an entry-level brewer.

Listen to the full podcast at fnppodcasts.com/uncapped. Got UnCapped news? Email csands@newspost.com.