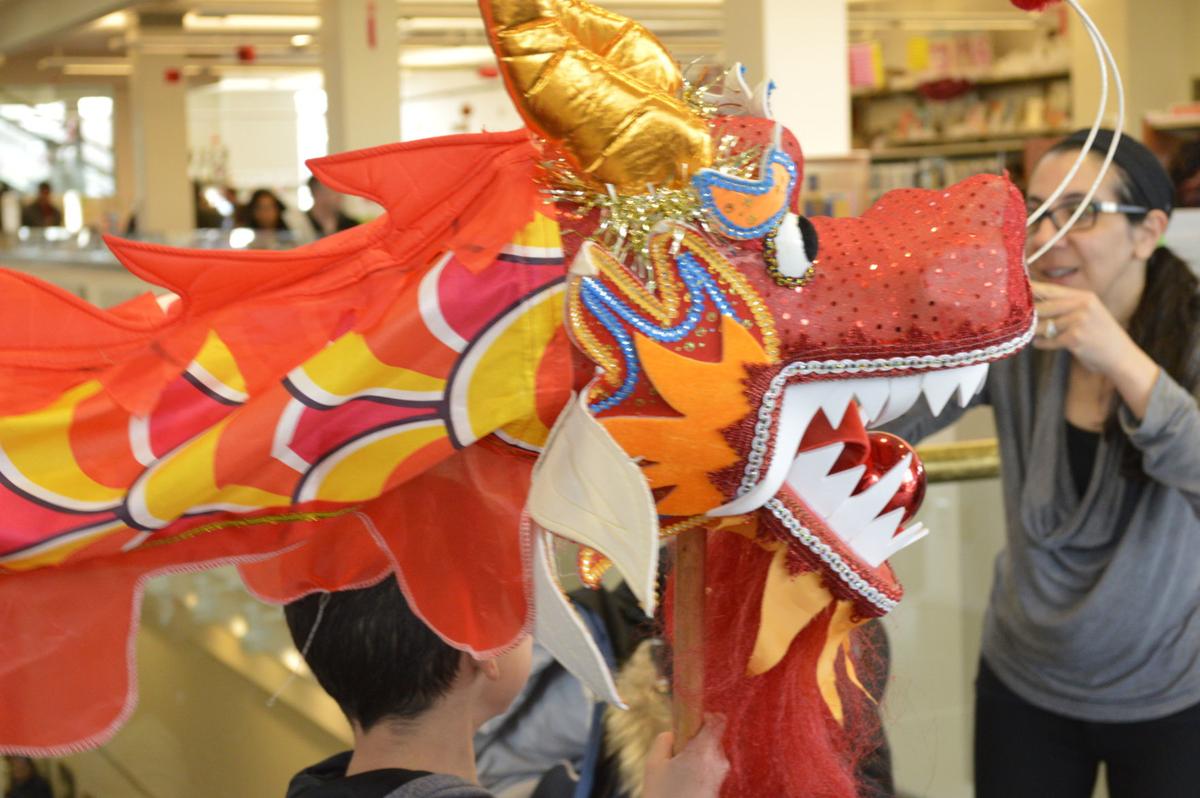 A dragon is carried through the library by children from the community at Urbana Regional Library’s Lunar New Year event. 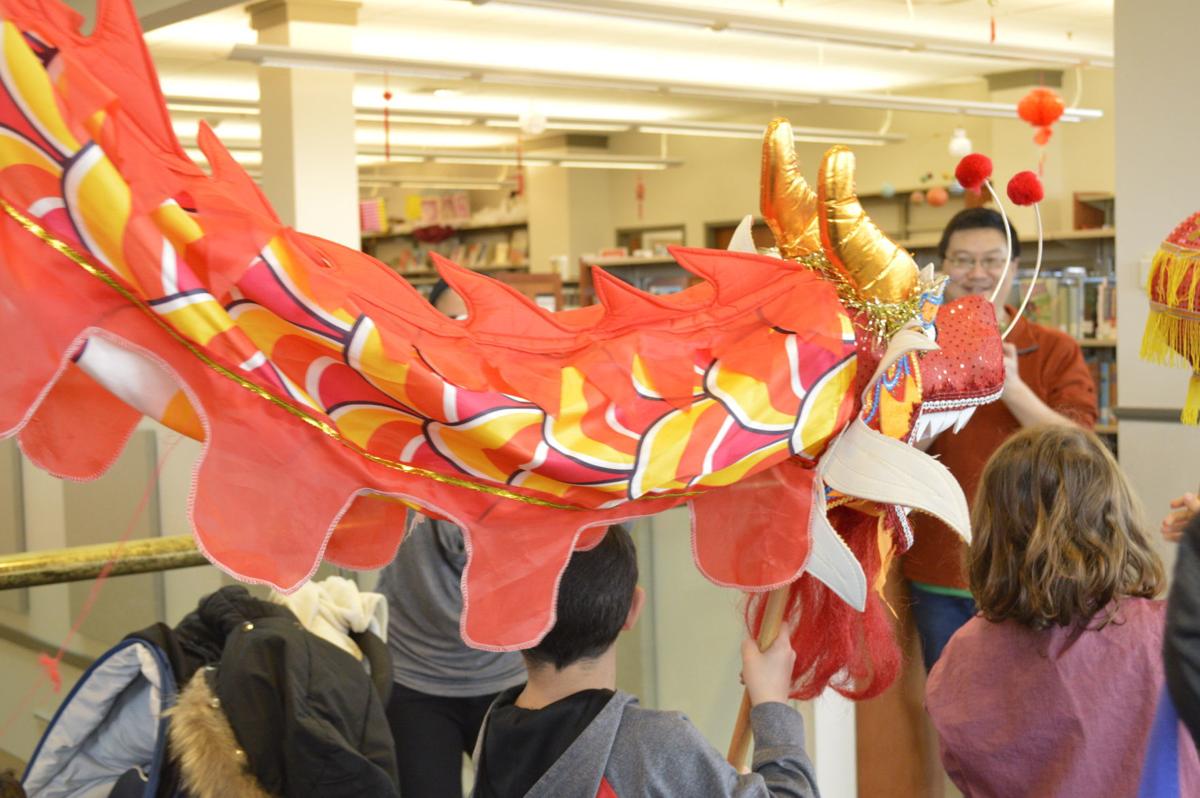 A dragon is carried through the library by children from the community at Urbana Regional Library's Lunar New Year event. 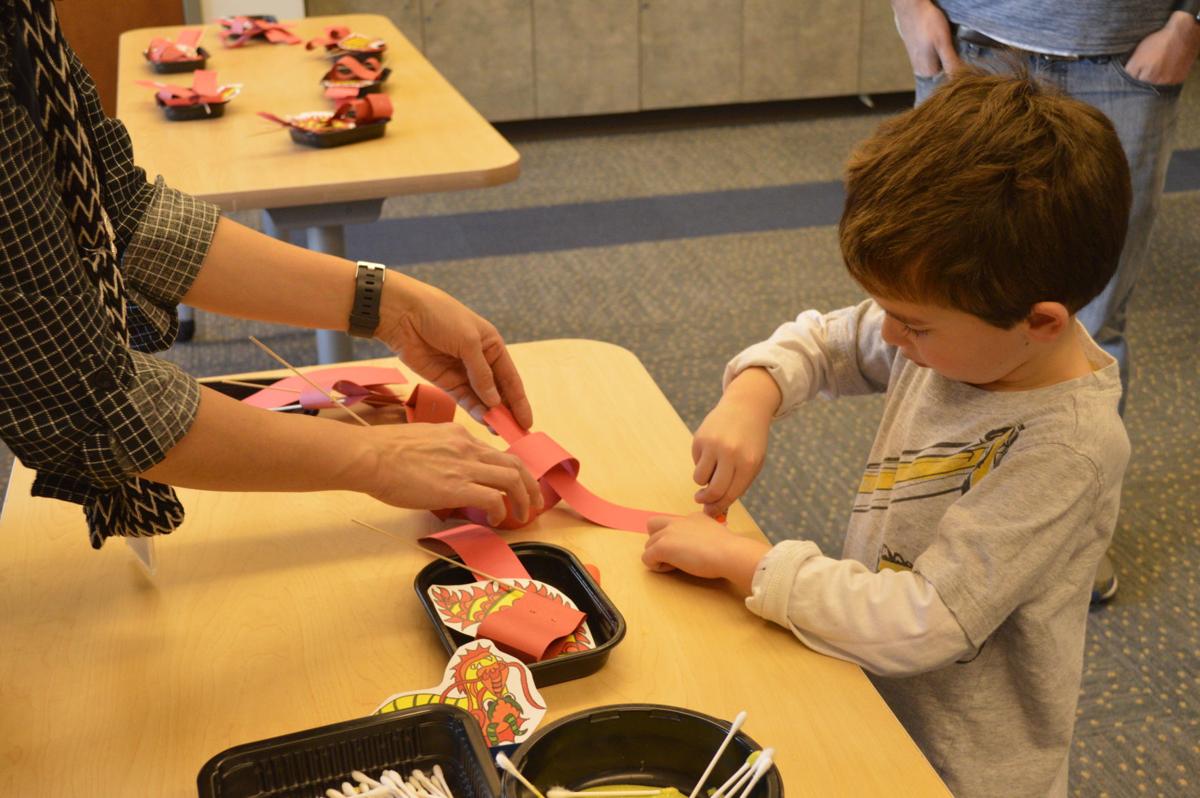 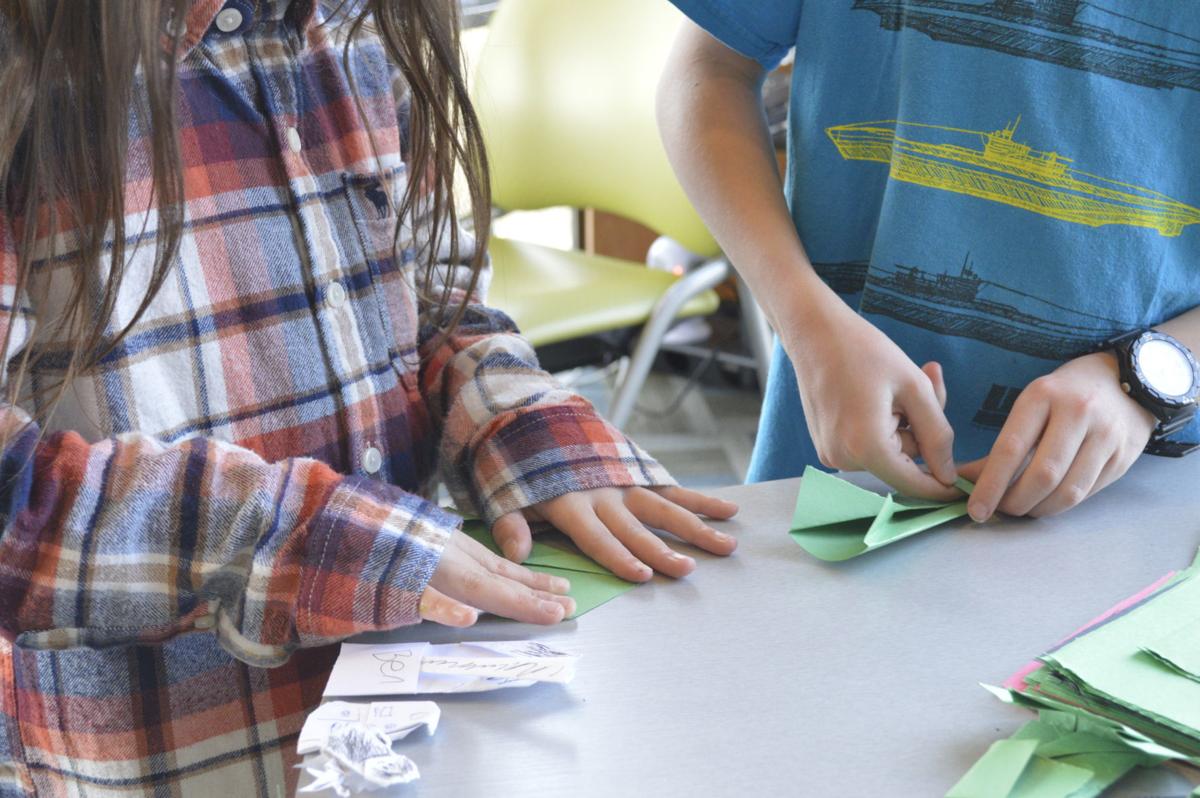 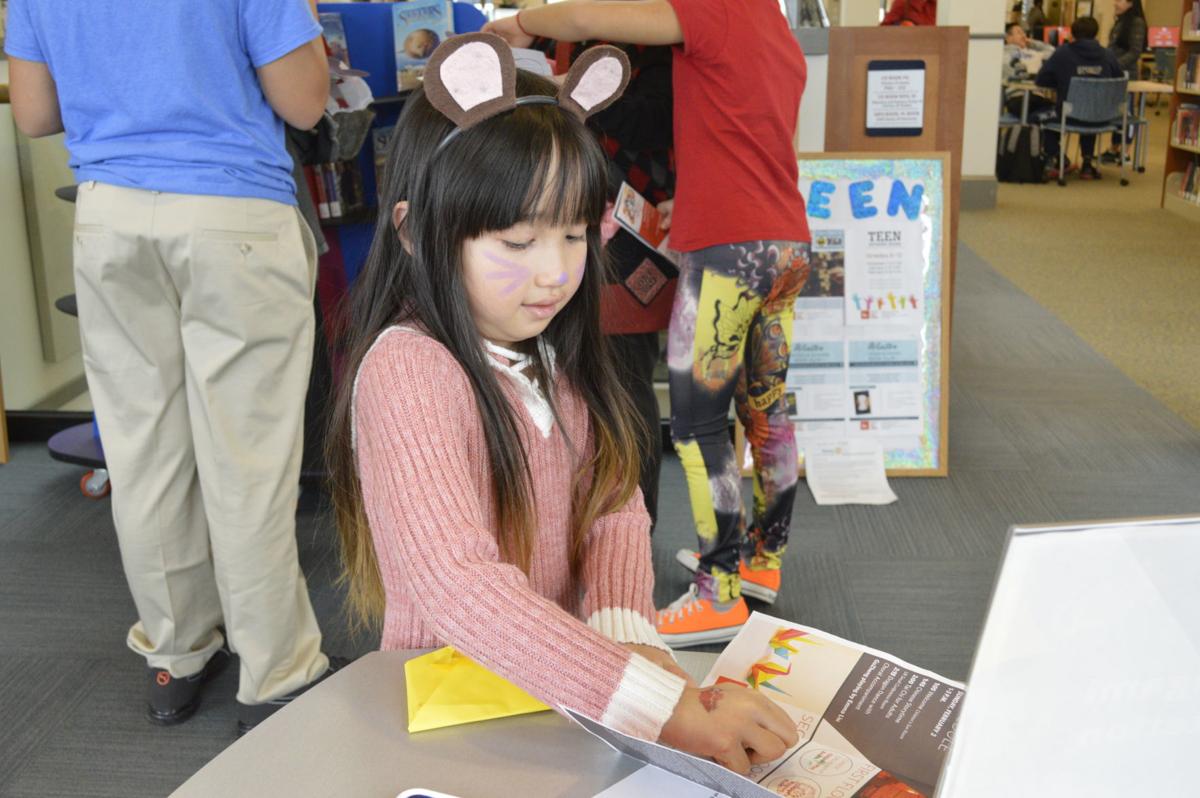 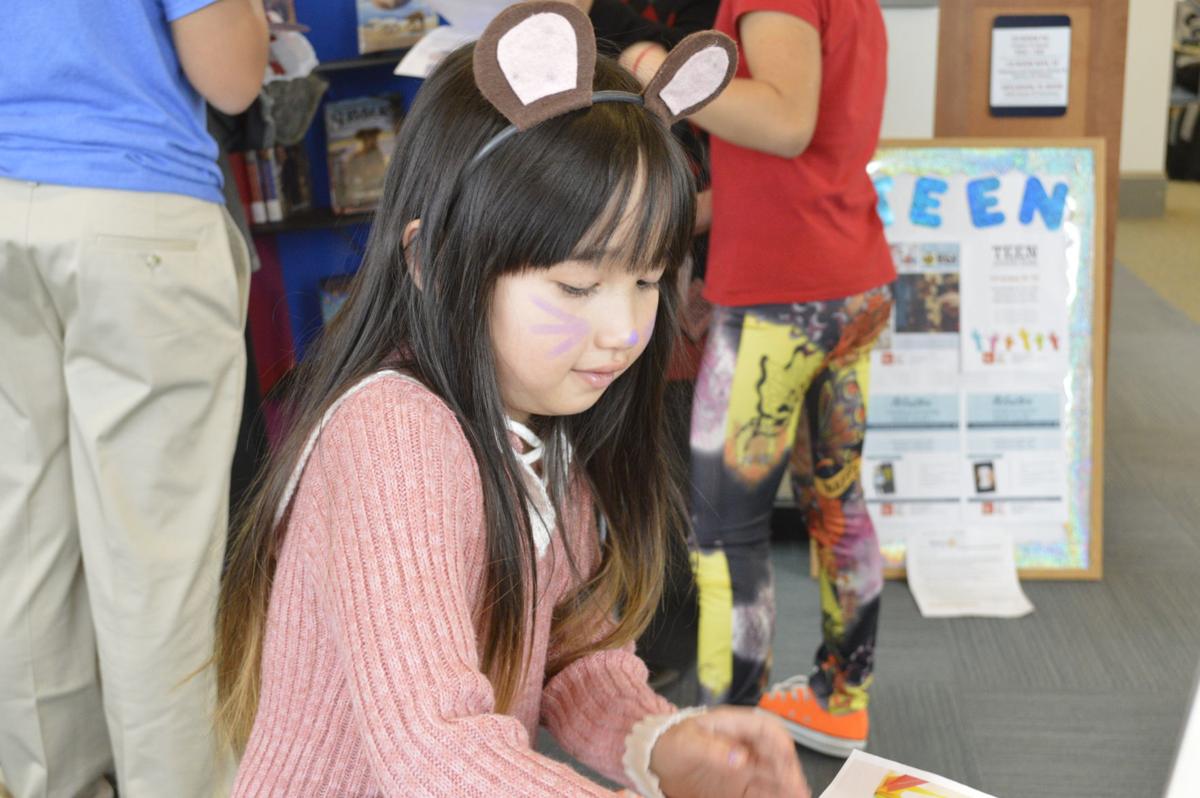 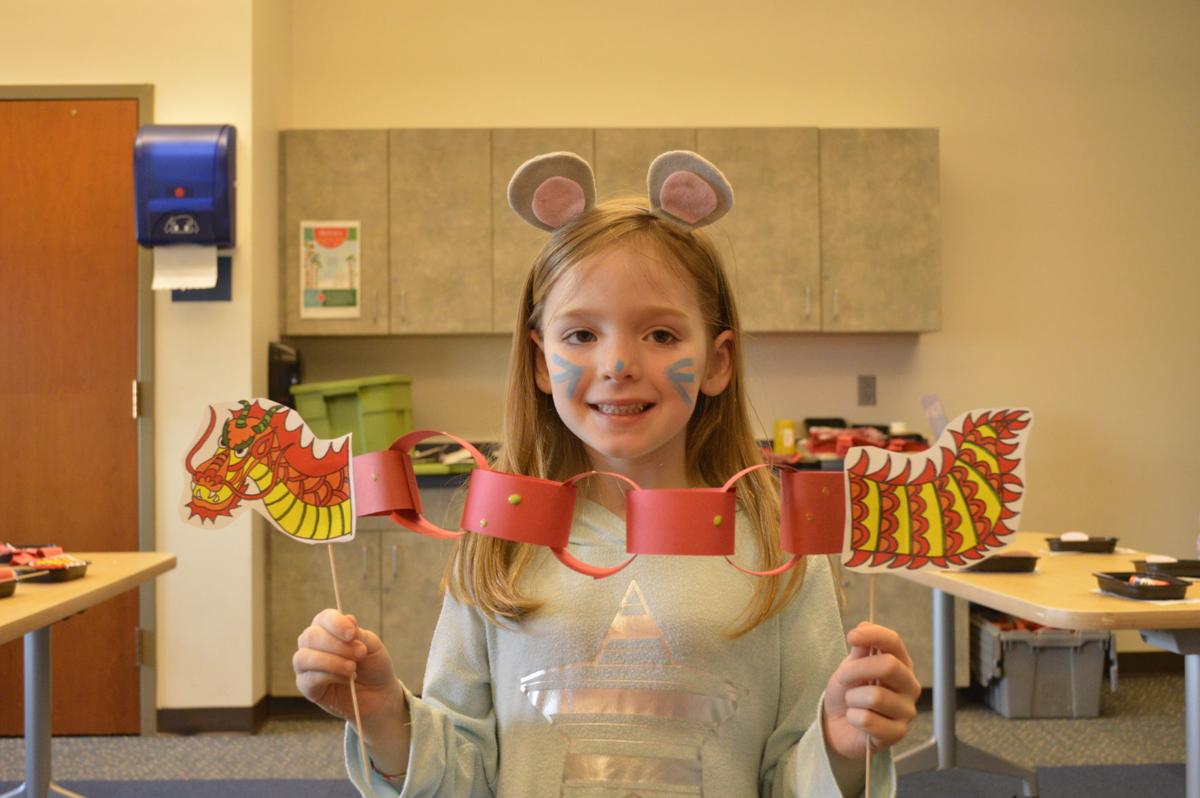 A dragon is carried through the library by children from the community at Urbana Regional Library’s Lunar New Year event.

A dragon is carried through the library by children from the community at Urbana Regional Library's Lunar New Year event.

For the fifth year in a row Urbana Regional Library hosted a Lunar New Year event in partnership with the Asian American Center of Frederick.

Over 300 people attended the event, which featured activities such as origami, calligraphy, paper chain dragon making and face painting.

Lunar New Year, also known as Spring Festival or Chinese New Year, is a time for people to come together, clean, eat and prepare for the new year.

“On one hand, [it’s] a celebration for those who might be really feel homesick, so to speak, even though their home now is in America, but on the other hand it’s for those who might not come from the same countries to understand the culture, the importance of certain holidays and certain practices,” said Elizabeth Chung, Executive Director of the Asian American Center of Frederick.

The Asian American Center of Frederick is an agency that aims to help immigrants adjust to their new lives. Services include helping people navigate the health care system and offering citizenship and English as a second language classes.

The Lunar New Year event was part of the library’s Discover and Explore Series and Teen Services Librarian Tyler Chadwell-English said he hopes the event will help educate the public as well as showcase the library as a community space.

Ryan Gee stumbled upon the event when he came to the library with his children, Abigail and Ethan.

“It’s one of the strengths of this community is the cultural diversity and so it’s good for them to experience other cultures and to understand how other communities celebrate the new year,” Gee said.

Abigail, 6, said she got her face painted and made dragon and rat crafts. The dragon was her favorite because of the sticks attached to it.

People of all ages were encouraged to come to the event and James Kelly, director of Frederick County Public Libraries, said the library believes in life-long learning.

“We want to make sure there’s something here for everyone,” he said.

By hosting the event, Hanson said, the organizers hoped to enhance the lives of Frederick’s Chinese community instead of adding one more frustration to a list that can be extensive when someone isn’t yet familiar with a country or a language.

Giada Gentilucci, 8, made an origami Yoda, from the series Star Wars, at the event and said it was her favorite part.

Mary Eakin and her daughter Mia were also at the origami station.

Eakin said Mia loves crafting and that the event was good for Mia culturally because she’s half asian.

“I hope she learns more about [the Lunar New Year] and just has a fun experience so it’s a positive thing for her,” she said.

This story has been updated to correct the name of the Discover and Explore Series.

For more information about resources available around Frederick visit:

Made in Maryland Expo

Hear the rarely told story of women’s battle for pensions following the Civil War. After the…