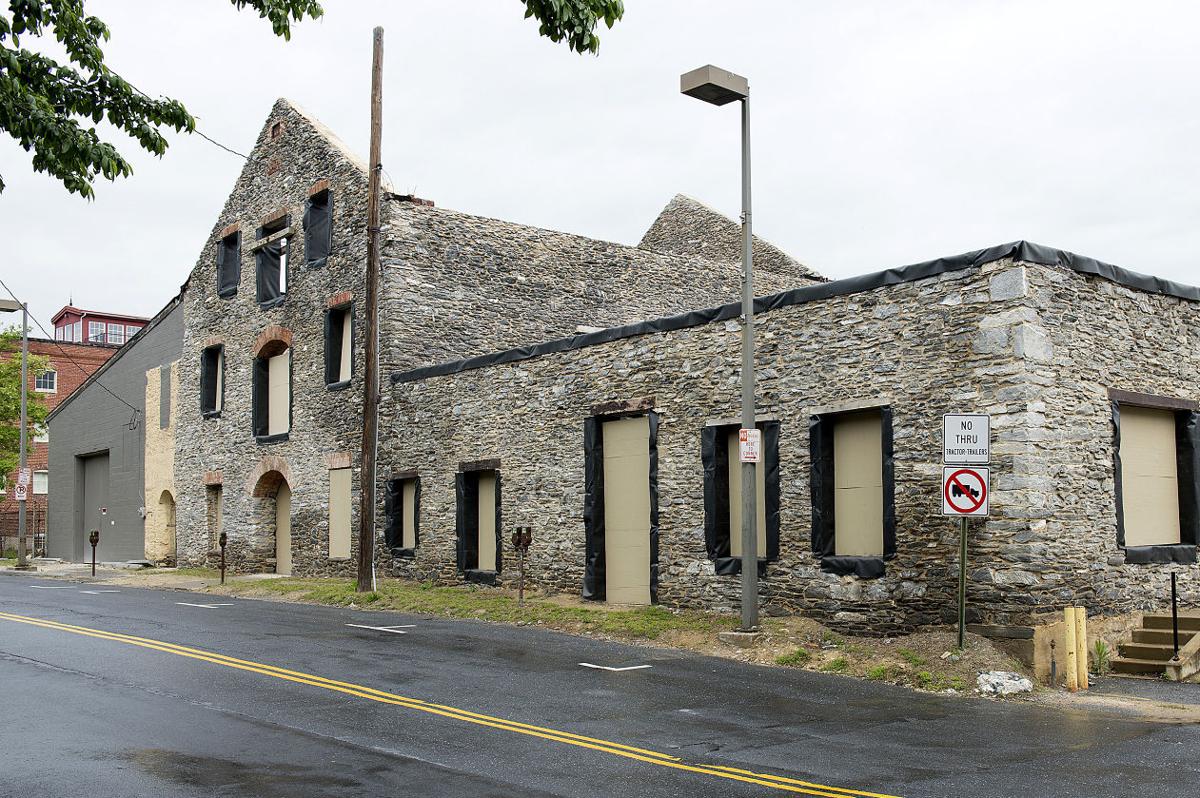 The Geneco building on South Carroll Street was gutted in a fire in 2010. 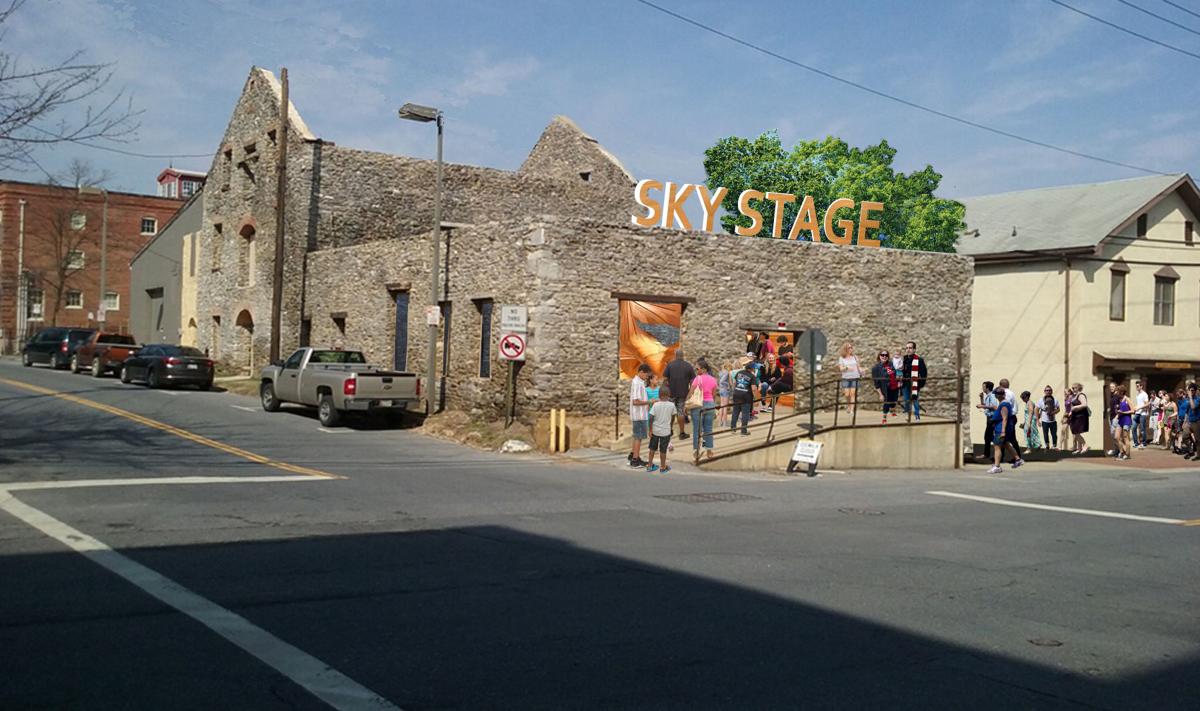 The Geneco building on South Carroll Street was gutted in a fire in 2010.

The lack of a roof, doors and windows serve as constant reminders of the fire that ravaged the historic stone warehouse on South Carroll Street nearly six years ago.

But the memory of the blaze that destroyed General Engineering Co.’s warehouse may soon fade under a proposal to transform the stone courtyard into an interactive public art installation.

The Sky Stage project, designed by local artist Heather Clark in partnership with the Frederick Arts Council, calls for a 140-seat open air theater with wooden bleachers accompanied by a digitally designed and fabricated sculpture. The city Historic Preservation Commission is slated to review the external changes to the building necessary to accommodate the project at its Thursday meeting.

Since the building is in the Frederick Town Historic District, all exterior changes and property renovations must be reviewed against a set of city guidelines for historic preservation.

The application marks the second attempt to create a temporary public art installation at a downtown property. Clark and the arts council previously submitted plans for the set of free-standing facades at 58-70 S. Market St., but decided against moving forward with the project amid safety and blight concerns about the adjacent building at 56 S. Market St., The Frederick News-Post has reported.

Even in a new space, the concept has remained largely unchanged — to reinvent a long-vacant property with interactive, public art.

The South Carroll Street warehouse has not been significantly redeveloped since the fire in July 2010. The manufacturing company’s work, which involves assembly, storage and sale of fittings for water and sewer pipes, has continued without interruption after the fire in the adjacent welding building, according to Rusty Hauver, company president.

A small portion of the stone warehouse is still used for work and as storage space. The art project would not affect that use, Hauver said.

Hauver said he was excited about the prospect of attracting positive public attention to the building, parts of which date back to the pre-Revolutionary War era.

“It will give people a chance to see the beauty of the architecture,” Hauver said. “I think it’s a really exciting opportunity for the whole community.”

Like the South Market Street proposal, the open air theater would be used to host a variety of community events and programming, Clark said. The natural space and sculptural landforms included in the previous design have since been changed, though.

The natural element will now be made up of a series of trees planted in the courtyard, as well as a braided tree root sculpture. The sculpture will be digitally designed by Clark in partnership with the Massachusetts Institute of Technology’s Digital Structures Program, a research group “working at the {span}interface of architecture, structural engineering, and computation,” according to the website.

Clark explained how the challenges of creating the sculpture by hand led her to partner with MIT.

“I didn’t know how to build a sculpture with such complex curves,” she said with a laugh.

The program’s assistance will be largely free of charge, except for a small stipend to pay a graduate student to collaborate on the project. Additional project costs will be paid for through a combination of grant funding, community donations and in-kind assistance.

Louise Kennelly, executive director of the arts council, did not specify how much money had been raised for the project. She said in an interview Monday that it was difficult to estimate since some project sponsors gave monetary donations while others offered supplies, contract work and other forms of assistance.

Kennelly cautiously described the proposal as “looking very viable at this point,” but added that the project partners have not yet signed an agreement, nor has the HPC approved the application.

The project requires commission approval for the installation of wire mesh in the open windows and doors, a walkway that complies with Americans with Disabilities Act stipulations, a light fixture and signage, according to the report submitted by Lisa Mroszczyk Murphy, a historic preservation planner. Mroszczyk Murphy recommended approval of the proposal with conditions that the sign size meet city land code requirements and the final lighting plan be reviewed for department approval.

Regardless of how the commission votes, Kennelly emphasized the council’s commitment to turning the proposal into a reality. Although plans to host the installation on South Market Street fell through, commitment to the project itself never wavered, she said.

She also said the council hopes to use the project as a starting point for similar projects at other private properties.

“Hopefully this is the first of many projects of this kind,” she said.

Plans to transform part of a prominent downtown blight site into an interactive public art display have been called off amid growing safety concerns.

How about you rebuild it and rent it out to a business.. create JOBS and Tax revenue.

SKY STAGE? Sounds like an amusement ride at the fair.

The HPC will never approve of this.

great idea, I'm sure this building will be brought up to the same codes/standards as all other entertainment "venues" for fire safety, exits, safety lights, bathrooms, water, this is like rewarding bad behavior. allowing a structure to sit for 6 years without doing much more then pointing the mortar , boarding the windows and that black membrane, such nonsense. This is as much an eye sore as the buildings on market st, carmack jays, the block across the street and the rows on south market. With the recent shut down of shade trees and evergreens and other "venues" how in the world does the old news post building get away with it? What is that zoned for, they have been doing events there for a year.