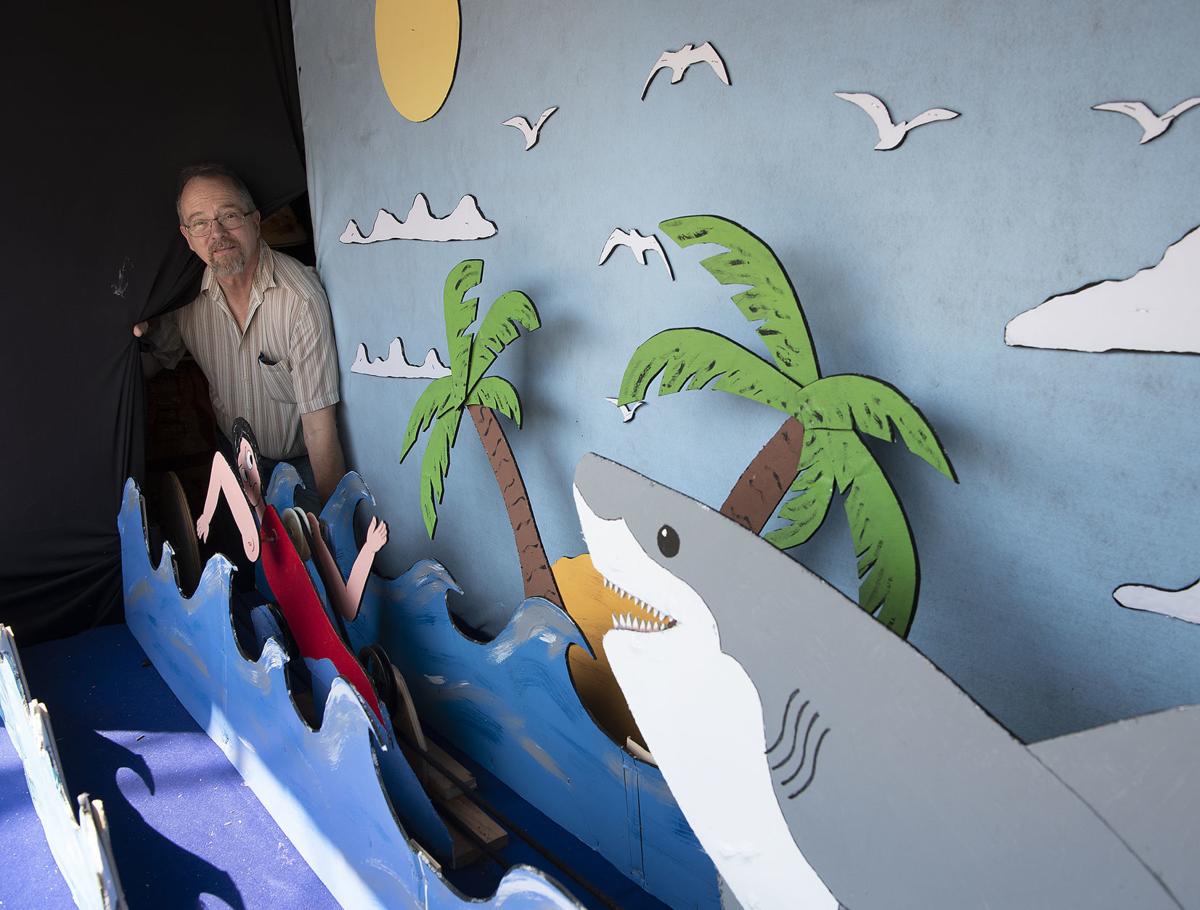 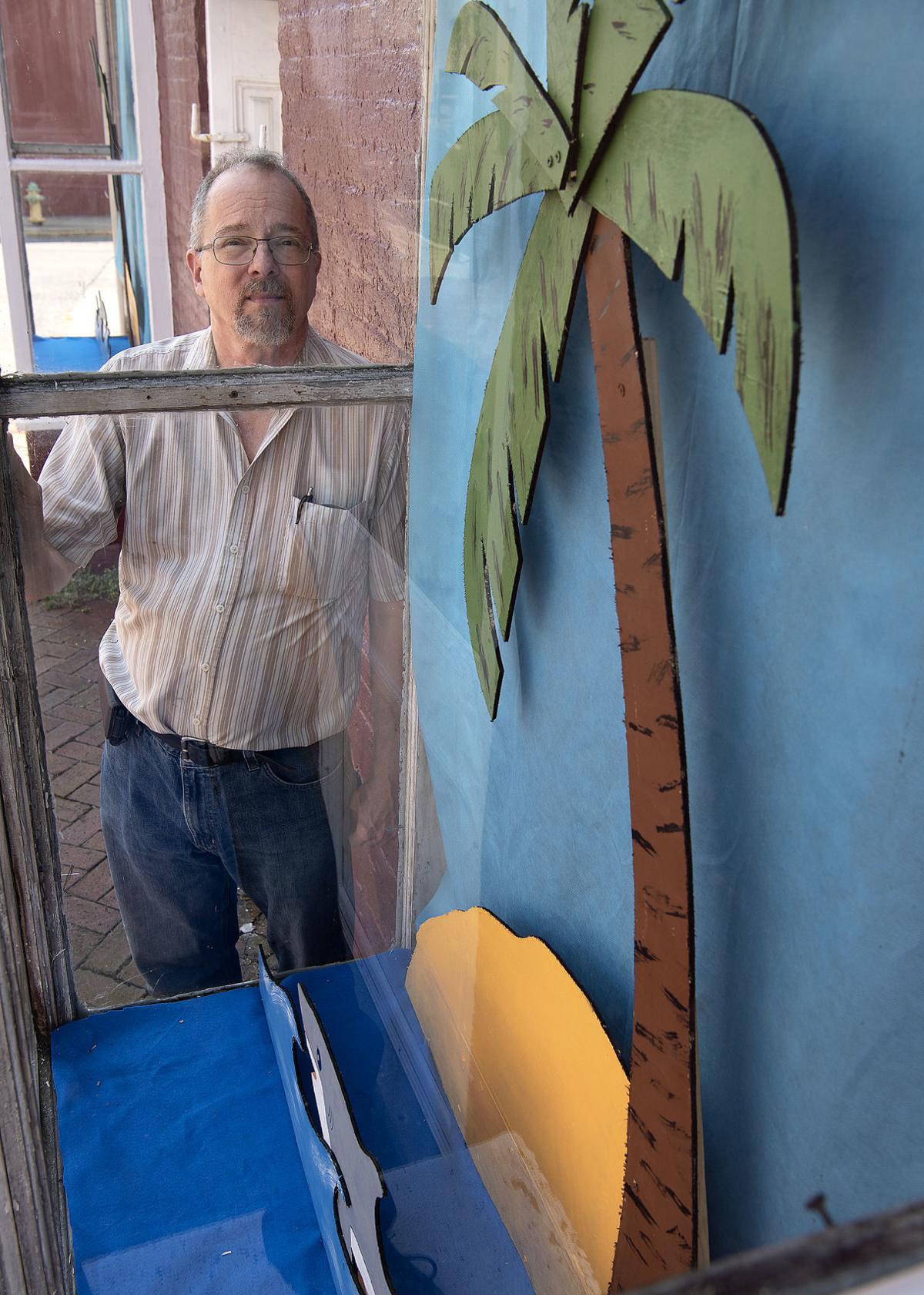 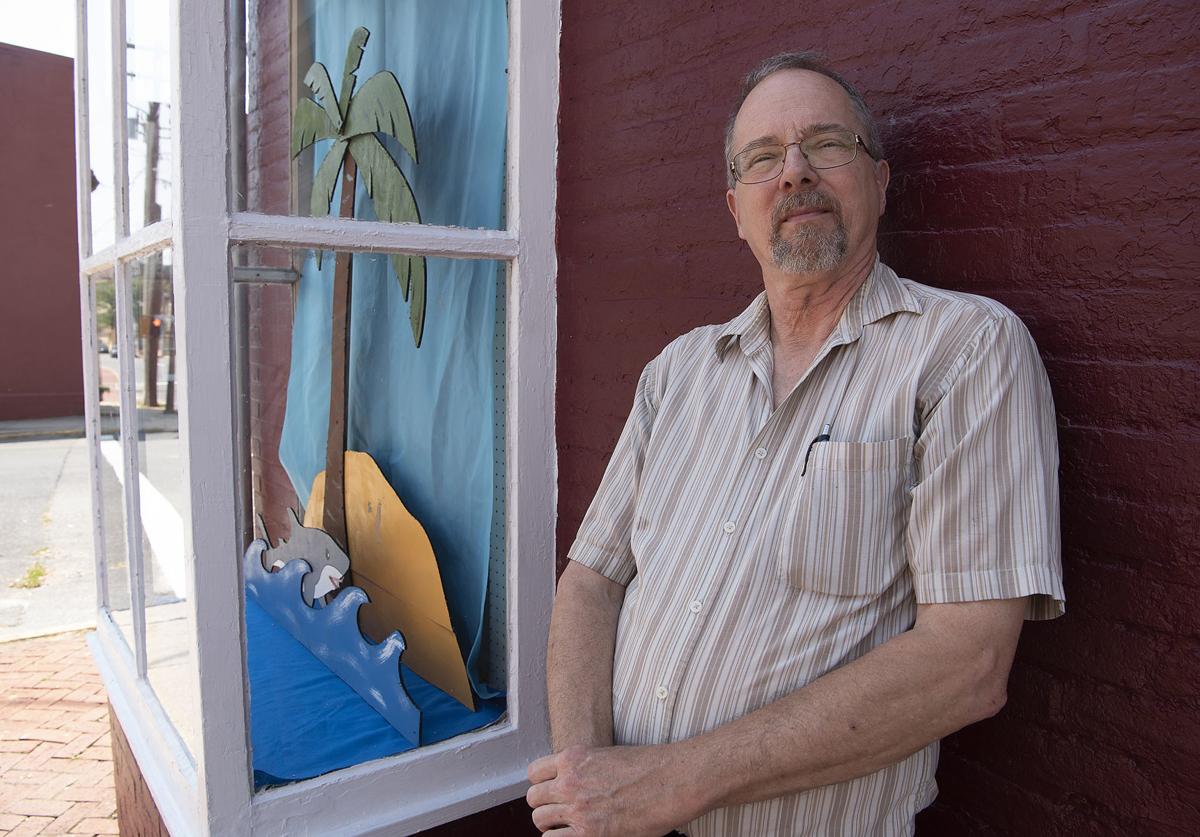 Sometimes, in the course of our hectic lives, it’s easy to forget — or not even notice — the little things that make living in Frederick County great. In that spirit, I launched, “What I Love in Frederick this Week”: the best food, drink, shows, shopping, and events coming to the city. If you love something in Frederick, let me know. Submissions can be emailed to kmasters@newspost.com or tweeted to @kamamasters.

Walk down West Patrick Street, past Bentz and toward the Golden Mile, and you’ll run across a red brick building with big plate-glass windows on the left-hand side. What’s behind those windows depends on the season.

Right now, it’s a summer display, an impressive array of mechanized waves bobbing to and fro as a frenetic swimmer makes her way through the water. A grinning shark comes behind in hot pursuit. “Summer Getaway,” reads a blue banner emblazoned at the bottom.

I’ve loved those windows since I moved to Frederick three years ago. The cheerful dioramas greeted me every morning when I walked to the gym from my old house on South Market Street. Who or why or when the background changed was always a bit of a mystery to me. The windows looked like department store displays, but the building behind seemed empty. I never saw anyone setting up the lavish scenes. But as I got more involved in the community, I knew I wasn’t the only one admiring them. I’d see families clustered in front of the window, or Facebook posts with photos of the newest display. I wondered if anyone else had their own questions about the scenes.

So, I decided to do some digging. I looked through the News-Post archives and learned the windows belonged to a man named Lew Dronenburg: 65, retired, and the owner of the house on West Patrick Street. I gave him a call and learned he’d been setting up those windows for the past 25 years, since his father passed away in the 1990s.

It’s not a coincidence that the plate-glass windows look like they belong in a store. For about 72 years, the building was first a furniture and stove store Dronenburg’s grandfather purchased in 1922, then an antiques store his father ran until his death.

“After Dad died, I didn’t feel like renting out the building,” Dronenburg said.

The store was attached to the home next door — where he and his wife still live — by a communal entryway. The two buildings shared a bathroom and utilities. Separating the properties would have been a pain, but Dronenburg still felt the urge to pay tribute to the building’s history. In 1994, he put up the first window display. He can’t remember the exact scene, but he knew it was a simple setup. Over the years, they’ve gotten more elaborate.

“I added lighting, background, a cage on the ceiling so I could hang things from above,” said Dronenburg, who spent years as a theatrical set designer both professionally and as a hobbyist. “I started mechanizing some of them. Now, that’s one of the biggest challenges. Coming up with a concept, then figuring out how to make the mechanics work.”

Over the years, it’s led to some wildly creative displays as Dronenburg works through his ideas. This year’s Fourth of July scene — a tableau of teddy bears piecing together an American flag — was largely inspired by a wooden puzzle Dronenburg hand-constructed months earlier, with the vague notion of using it for a Valentine’s Day display. But he hesitated on how to paint it until he was struck with the idea for an American flag.

Still, he tries not to base his displays on anything too topical or too political. At first, Dronenburg said he considered dressing the bears in blue and red hats for the Fourth of July display. Eventually, though, he decided against the idea.

Over the past 25 years, Dronenburg estimates that he’s accumulated hundreds of thousands of set pieces for the windows, from Christmas ornaments, to bolts of cloth, to an 8-foot dragon, to a stained glass mosaic of the Frederick skyline.

He constructs about six displays a year: one for each major holiday (Halloween, Thanksgiving, Christmas, Valentine’s Day, etc.) and two or three seasonal windows.

The empty store is continually ceding space to new props, but there’s some space in the back where Dronenburg’s father used to refinish furniture. He still uses his dad’s original table saw from the 1940s or 50s. Altogether, Dronenburg spends an average of $100 per display, depending on whether he buys new materials. And if his identity was ever a mystery — well, it’s safe to say the secret is out.

“I have a Facebook page now and I load the pictures up every time I do a window,” Dronenburg said. “Sometimes people leave notes on my door or they’ll ask me what’s coming next. It’s kind of a double-edged sword. I really enjoy doing it, but there’s a little bit of pressure. They always have to live up to my standards.”

It helps that Dronenburg never replicates an idea. Over the years, he said, it’s become a fun challenge to build a window that’s recognizable as a complete scene from 50 or 60 feet away, but also has enough details to interest the people who come up for a closer look. Some of his favorite displays have centered on Halloween. One year, he assembled a full poker game with a crew of bony skeletons, brushed by dust and surrounded by empty beer bottles. In one of the skeletal hands, he positioned a pair of black aces and eights.

“The joke is that for people who understand poker, that’s the dead man’s hand,” Dronenburg said. “That’s what keeps it challenging. I always try to add something that makes it just slightly funny. Those little Easter eggs hidden in the frame.”

Thank you for this article. I always wondered about this "storefront" since moving to Frederck in 1993.

Thank you Mr. Droneburg. I am a business neighbor of yours and have enjoyed your artistic talent for years. I always wondered who was the creative talent behind the scenes. Really like the current one now. Have you considered a live Nativity Scene at Christmas? What a great platform for so many ideas!

Thank you! My daughter and I look forward to seeing these windows when we are in Frederick. What is the FaceBook page?

Lew's window is such an enormous, generous gift to us! His imagination, talent and sense of humor shine in every design he builds. We love Lew! He's a wonderdul human being and sweet friend. Glad to see his work has made the list!

Thanks Mr. Dronenburg. I am a fan!

Year of the Women: 2020 Youth Leadership and Law Enforcement Seminar

Continues daily through Aug. 23. To enroll, train and develop future generations of young wo…

There are opportunities to donate, sponsor, and play in the event. Registration is at 11:30 …