You have permission to edit this article.
Edit
Home
News
Opinion
Sports
Topics
Calendar
Classifieds
Features
Become a carrier
1 of 2 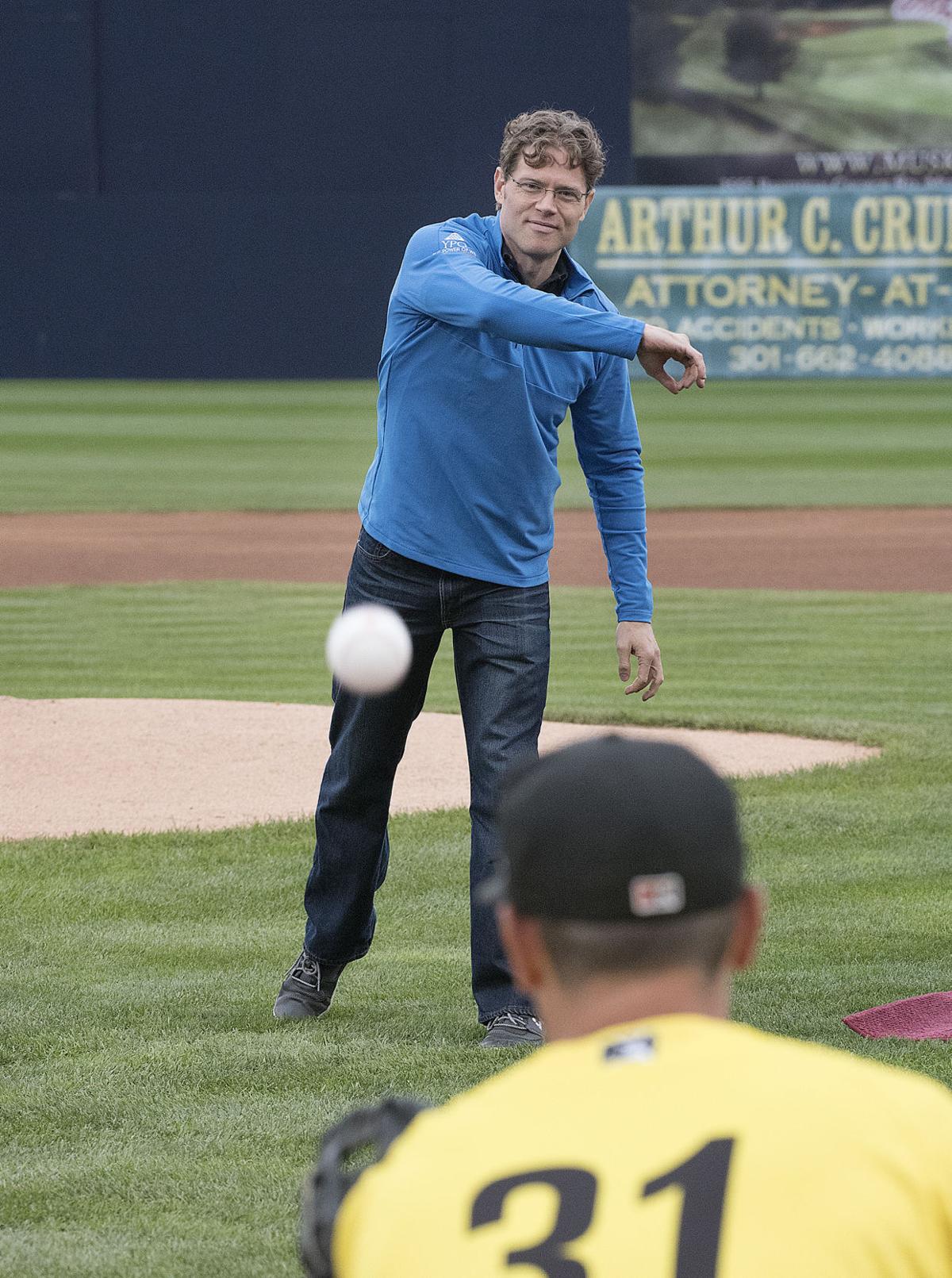 Will Randall, president of Frederick Arts Council, throws out the first pitch Friday at a Frederick Keys game. 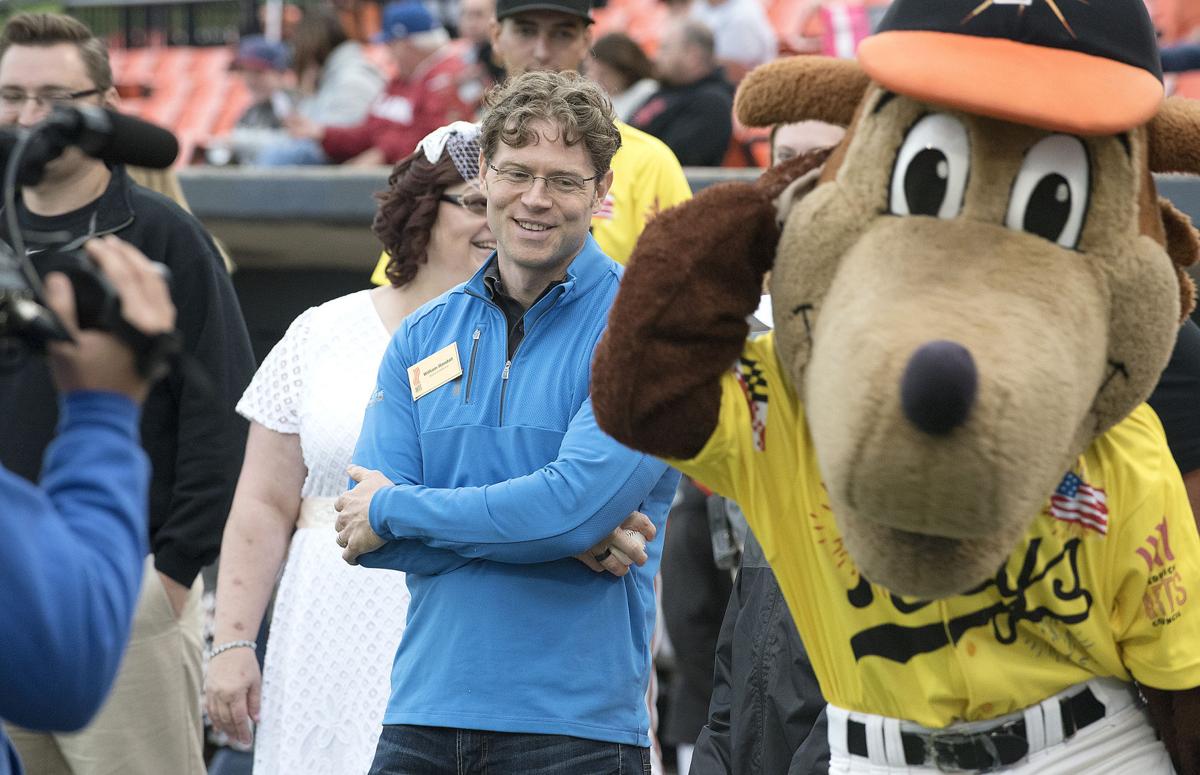 Will Randall, president of Frederick Arts Council, waits on the field to throw out the first pitch Friday at a Frederick Keys game.

Will Randall, president of Frederick Arts Council, throws out the first pitch Friday at a Frederick Keys game.

Will Randall, president of Frederick Arts Council, waits on the field to throw out the first pitch Friday at a Frederick Keys game.

This year was supposed to be one of unabated celebration for the Frederick Arts Council.

Spring kicked off with a star-studded 40th-anniversary gala at the Weinberg Center for the Arts. The keynote speaker was David Rubenstein, board chairman of the Kennedy Center. Sally Taylor, daughter of rock royalty James Taylor and Carly Simon, headlined the entertainment.

June brought the Arts Council’s signature event, Frederick Festival of the Arts. One of the most popular festivals in Frederick, it is the Art Council’s biggest fundraiser and regularly draws upwards of 20,000 attendees. Then-board president Michael Campagnoli was interviewed at the time about his plans for the organization’s future.

“I think we’re going to make history,” he said.

A cadre of volunteers put in thousands of hours of sweat equity to make the weekend a success. Campagnoli was one of the most tireless among them.

The community was stunned a few weeks later by Campagnoli’s untimely death due to a stroke. It could have been a huge blow to the organization, but Will Randall, a former acting president and board member since 2014, quickly stepped in to fill the void.

Randall’s involvement in the Arts Council began when he participated in Leadership Frederick County through the Chamber of Commerce in 2014. The program focuses on leadership skills and giving back to the community. Randall, scion of the family that owned The Frederick News-Post for 133 years, said community has always been important to him and his family. “The community is what made our business successful over generations.”

Randall’s family history in the area goes back centuries, when one of his ancestors built the first house in Frederick. “We care about this community,” he said.

But Randall was not always enthused about putting down roots here. “When I was in high school, Frederick was not winning Best Downtown awards” as it is today, he noted. “It was kind of sleepy.” He thought about moving to a more exciting locale. However, by the time he was finishing college, Frederick was in the early stages of what Randall terms an evolution.

The city’s renaissance became a major factor in Randall’s decision to stay. The cultural value of the arts was obvious to him. They brought people together and formed the heart and soul of the community. However, Randall was surprised to learn at Leadership Frederick about the scope of their economic benefits in terms of attracting tourists to spend money locally. They also inspire creative entrepreneurs to live and work in Frederick.

When Randall finished the Leadership Frederick program, he discovered that there was an opening on the Arts Council. “I thought — this might be a good place for me,” Randall said.

Balancing his volunteer work with his responsibilities as CEO of The Frederick News-Post had been a challenge for him in the past. When his family sold the paper in April, his job as managing director of Randall Capital afforded him more flexibility to take on a leadership role.

Randall is one of 11 Arts Council board members. Among them are artists, politicians and business leaders. Randall touts the diversity of the board in terms of skill and experience. “Just like any nonprofit board,” he said, “we’re always looking for new members who can help in some way and who are passionate about the arts and want to give back to the community.”

The council’s mission statement is modest: “We encourage and invest in a vibrant and cohesive arts community for the people of Frederick County.” Its primary job is to serve as an umbrella organization to disburse state grants to fund local arts organizations and arts education. “But we’re much more aspirational than that,” Randall said.

Current projects include the incubation of the nationally recognized downtown amphitheater Sky Stage. The Art in the Park fundraiser at Keys Stadium is another popular annual event that includes everything from player-illustrated baseballs to plein-air artists and knitters. “It’s an interesting way to expose the arts to a population that may or may not have exposure on a regular basis,” Randall said.

Plans for the future are even more ambitious. A public arts initiative is the biggest project on the horizon. The Frederick Arts Council has long formed valued partnerships with local philanthropists such as the Ausherman Family Foundation as well as a variety of galleries and performing arts groups. But, Randall notes, Frederick has never had a cohesive public art plan.

Thanks to funding from the Ausherman Foundation, the arts council has brought in a variety of stakeholders in the community to address a simple question: What should public art look like in Frederick County?

“We’re really excited about being an arts incubator,” Randall said. “We’re excited about continuing to help lead the growth because Frederick is a fantastic city with a real community streak, and we’re doing everything we can to help support and grow that.”