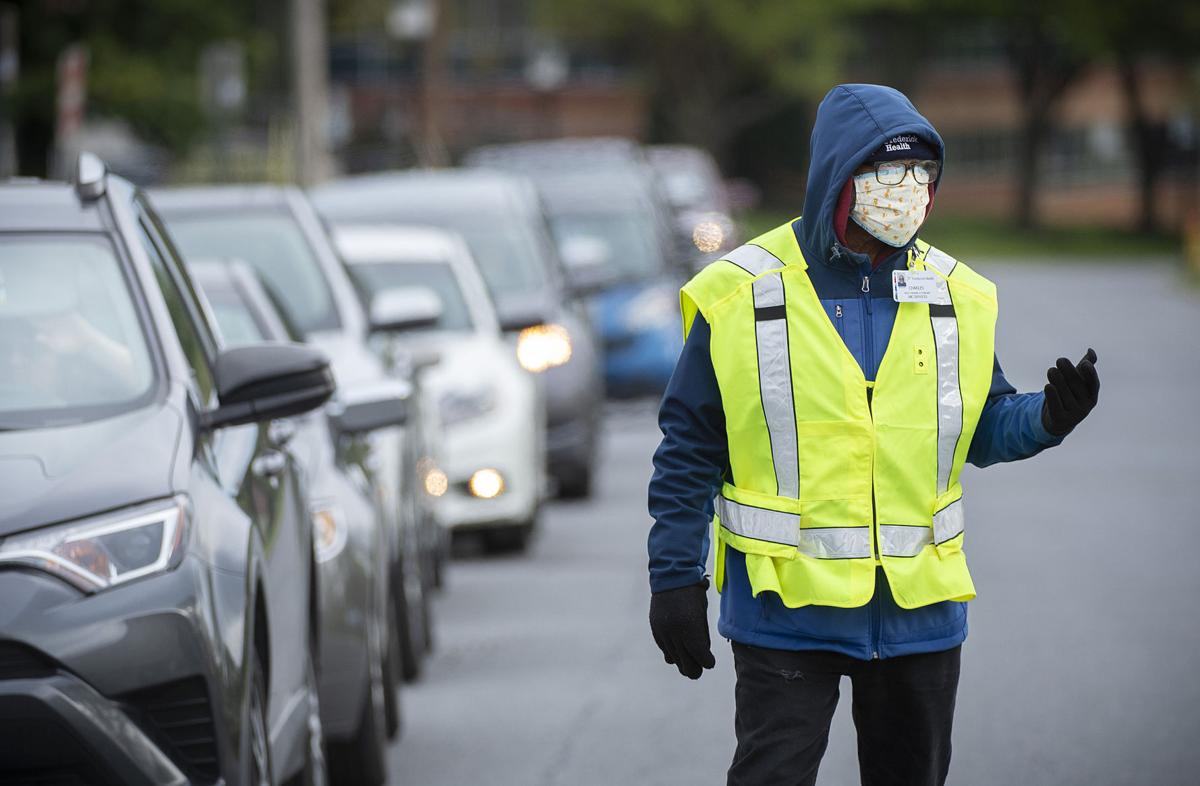 A line of cars nearly a block long was waiting as the Frederick Health Hospital COVID-19 testing drive-thru location in April off West 7th Street. 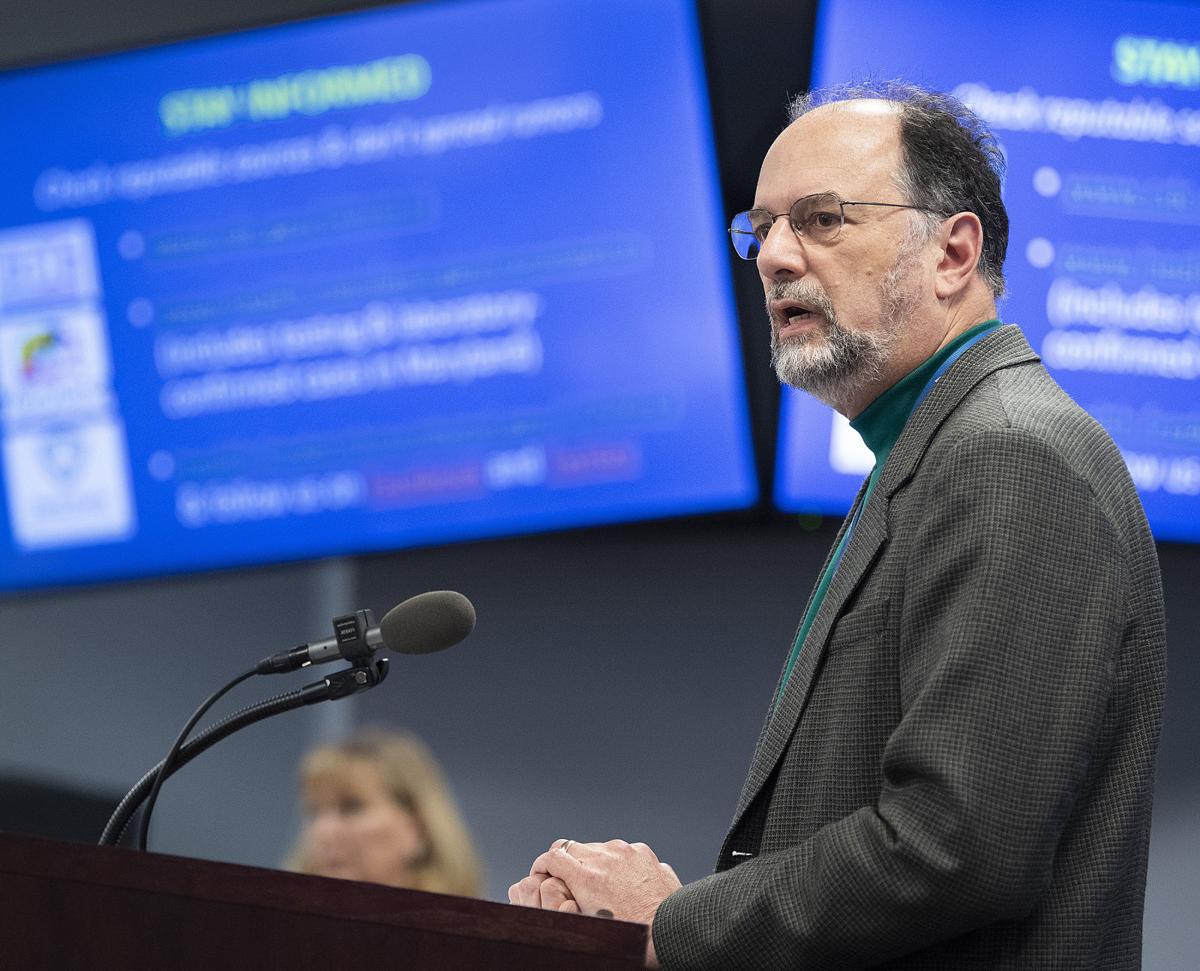 A line of cars nearly a block long was waiting as the Frederick Health Hospital COVID-19 testing drive-thru location in April off West 7th Street.

Maryland reported more than 1,500 new COVID-19 infections Friday, as the novel coronavirus continued its fall resurgence across the state.

The 1,541 new cases reported by the Maryland Department of Health were the most since May 19 (1,784) and the third-highest daily total of the pandemic. That brought the overall number of confirmed cases in the state to 151,505.

Meanwhile, hospitalizations surged over 600 for the first time since June 22 (602), and the statewide positivity rate (4.37 percent) reached its highest level since mid-July.

The rising numbers were reported one day after Gov. Larry Hogan (R) announced that no further restrictions would be imposed to slow the spread of the virus. But Hogan left open that possibility if the key metrics continue to spike.

"I am calling on the people of Maryland to once again do your part right now to help us keep this virus at bay," he said. "Our ability to weather this storm effectively, to keep everyone safe and to keep Maryland open for business, will absolutely depend on the actions each of us takes in the days and the weeks ahead."

In Frederick County, there were 39 new cases reported Friday, bringing the overall number of confirmed cases to 5,069.

It marked the third consecutive day and seventh time in the last nine that daily cases had exceeded 30 in the county.

The positivity rate in the county jumped to 4.35 percent, which is as high as it has been since June 27 (4.36 percent). The local rate did dip below the statewide positivity rate for the first time in almost a week, however.

"There is still a lot we don't know about COVID-19," Casiano wrote in an email. "But it clearly seems to spread better when large groups get together indoors."

Frederick Health Hospital was caring for 12 coronavirus patients on Thursday, according to the Frederick County Health Department, although none of them were in intensive care.

There are 609 hospitalized by the virus statewide, with 152 in intensive care, according to the state health department.

Casiano said that improved medications and hospital techniques that avoid ventilators have shortened the length of the infection in patients and helped keep the death rate relatively low compared with the number of new cases.

There were 11 deaths reported statewide Friday — a fraction of the number reported during the height of the pandemic — and none in Frederick County. The overall number in the state stands at 4,046 and 132 in the county.

"We have learned a lot since we first began seeing cases in March," Dr. Kathy Weishaar, the vice president of medical affairs at Frederick Health Hospital, said. "There has been tremendous information sharing nationally among care providers as well as a large amount of published scientific literature on the most successful interventions and clinical care for COVID."

At a time when people are preparing to celebrate the holidays with friends and family — and parents would like to see their kids back in school and on playing fields — the rising number of infections could delay a return to something resembling normal.

Hogan said that Maryland had entered "a red zone" when it came to the number of new infections, which have spiked over 1,000 for three consecutive days. That hasn't happened very often, even during the spring when the pandemic was at its height.

The number of cases per 100,000 residents stood at 15.54 in the state and 13.43 in the county. The Maryland Board of Education has said that number needs to be five or less for in-person learning to expand.

"Go back to the basics," Casiano wrote. "Wear a mask in public whenever closer than six to 10 feet to others. Frequent hand washing. Stay home if [you have] any fever or signs of illness and consult with your doctor in those cases. Self-isolate if you feel at all ill.

"It is unlikely that we will have a highly effective vaccine and a major portion of the population vaccinated anytime soon (before next year). So, we need to keep up these preventative measures for months to come. Hard as it is, reconsider family holiday gatherings and major travel."

I wonder where those protesting parents are who want schools to open up? They seem to have disappeared from view.

Here we go again...put your stupid mask on and correctly also!