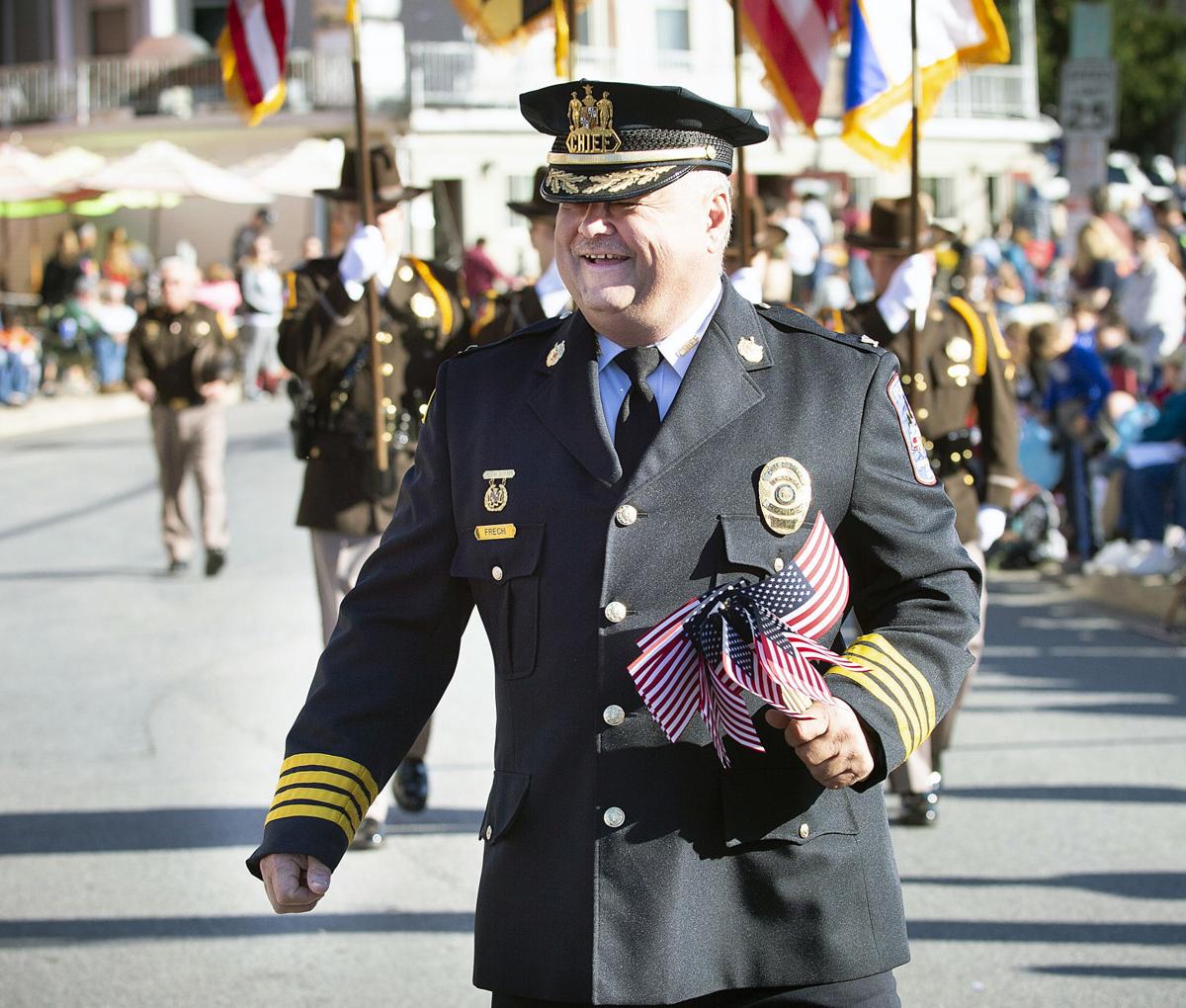 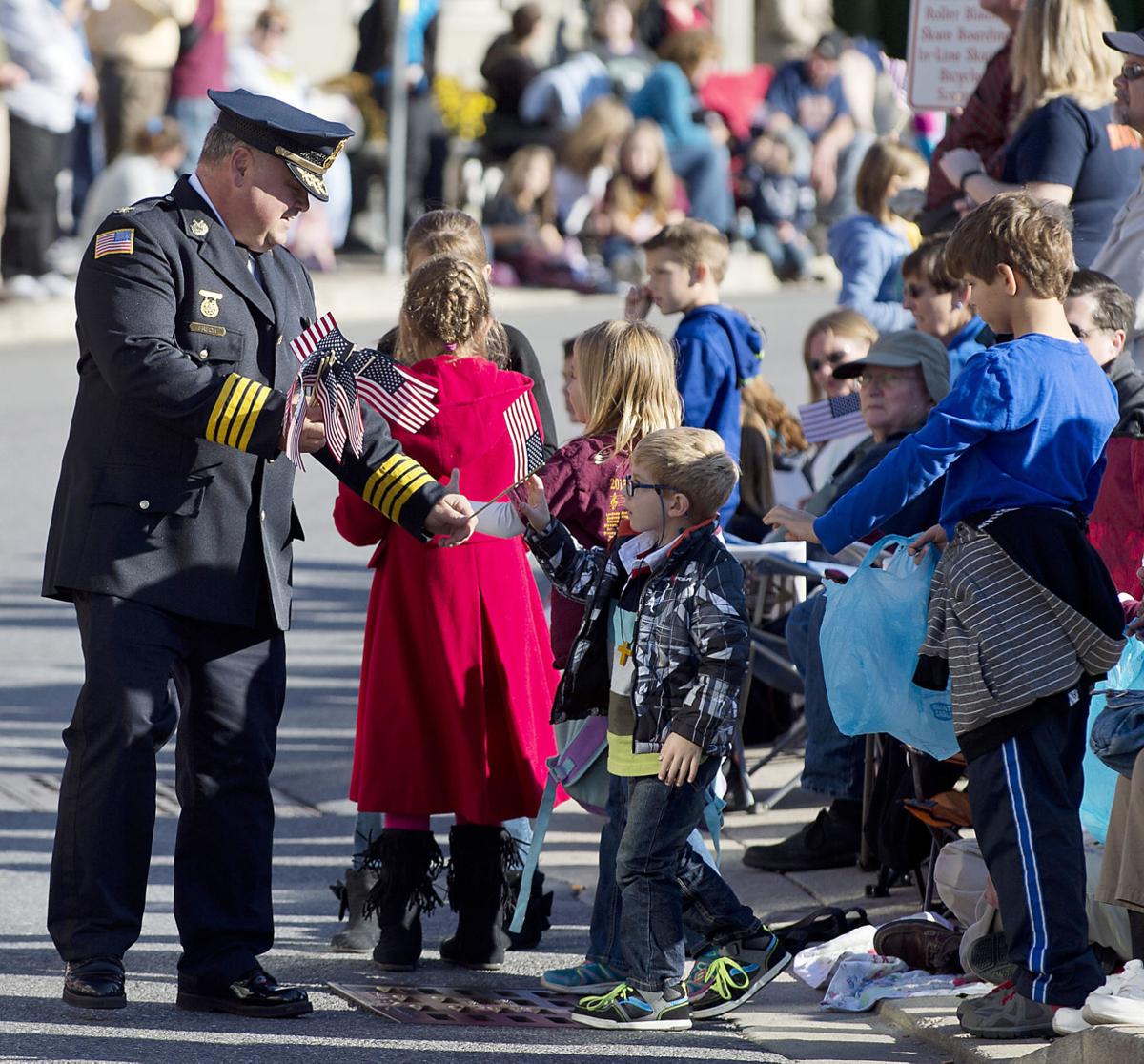 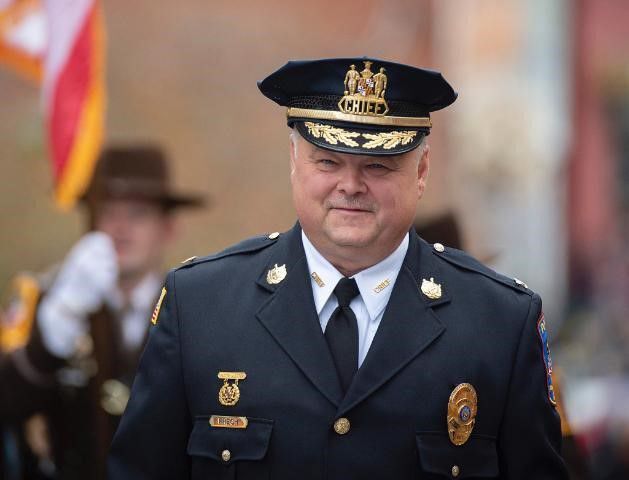 City officials and law enforcement leaders reeled from the loss, describing Frech as a community-oriented chief who was beloved by many.

“I’ve shed a few tears this morning,” Rick Weldon, who was city administrator in the early years of Frech’s time as chief, said Tuesday. “Milt wasn’t just the most amazing, professional law enforcement officer I’ve known. He was a treasured friend of mine.”

The Frederick County Sheriff’s Office, where Frech worked for more than a decade, and Maryland State Police responded to a call for a person in cardiac arrest in the 9200 block of Waynesboro Road in Emmitsburg at about 8:30 a.m. Tuesday, according to a news release. The sheriff’s office said Frech was pronounced dead on scene from natural causes.

“Milt was different than other law enforcement officers,” Weldon said. He had an “inherent sense” of emotions.

Weldon said Frech was known for mentoring officers and treating them like family. In his free time, he liked to tinker with cars and tractors. Frech also enjoyed listening to Weldon’s political tales.

The two friends last spoke about two weeks ago, when they ran into each other at the Brunswick Shopping Center. Weldon said they chatted about their rival football teams and how officers were doing in the police department. He said Frech seemed like his normal self.

“His legacy was cemented based on the time and effort and thought he put into community policing in Brunswick,” Weldon said.

Frech was appointed chief in 2009 when, to his surprise, the city council voted him in unanimously during a council meeting, according to News-Post archives. He interviewed for the permanent position while serving as acting chief at the time and succeeded former Chief John Smith.

Frech’s promotion to chief brought stability to the department at a time when the top position in the department had seen a high turnover rate, according to Weldon.

Frech started his career as a police officer with the Baltimore City Police Department in 1987 and served two years there. He then spent five years with the Frederick Police Department before joining the Frederick County Sheriff’s Office in 1993. He retired from the sheriff’s office in 2007 before going to Brunswick as assistant chief, according to previous reporting.

“Today, the Brunswick Community has lost a member of our family. Chief Frech was well known in our community and will be deeply missed,” Brunswick Mayor Nathan Brown said in a prepared statement. “He advanced the Brunswick Police Department by leaps and bounds when he joined many years ago, and his approach to community policing was appreciated by everyone. His memory will live on in the relationships he established within the City and the greater Brunswick community.”

The mayor credited Frech with attracting and retaining officers, which can be hard for a smaller department to do. Brown added Frech made a point to stop and talk to people, treating them with respect and dignity no matter the situation. Brown said Frech instilled this approach in other officers.

“It has always amazed me how Milt and his officers could respond to tough calls and situations, but then de-escalate those situations,” Brown wrote. “Even in situations that may result in an arrest, those same individuals still respect and admired Milt because of how he handled the situation.”

David Dunn, the current city administrator in Brunswick and a retired police officer, said he and Frech had much in common and swapped stories about their times in law enforcement.

“Milt had a fair and honest attitude towards the citizens that was reflected in his enforcement style,” Dunn wrote in an email. “He brought a professional stabilizing style to the [police department] after some unstable years. He was respected by his peers and residents alike.”

Dunn said the chief was instrumental in bringing a “community policing aspect” to the daily operations of the Brunswick Police Department. Frech encouraged officers to treat people fairly, and he recently conducted training on equal treatment, according to Dunn. He said this leadership garnered a high level of respect from the public toward the department.

The city issued a statement on the chief’s death, which read in part, “Chief Frech was a wonderful co-worker and friend, and everyone that worked with him at the City is heartbroken.”

Law enforcement leaders honor fallen chiefSheriff Chuck Jenkins said in a statement the chief’s death is a tremendous loss to his family, Brunswick and the entire county. At the sheriff’s office, Frech worked as a school resource officer, narcotics and vice team member, community response team member and as a training officer.

“Milt was an outstanding and dedicated law enforcement officer throughout his distinguished career, a life of service to this entire county,” Jenkins said. “We all lost a very good friend, who was so well thought of by everyone who knew him professionally and in his personal life. I extend my sincere condolences to the entire Frech family.”

“He really was ahead of his time when it came to community policing. He was someone that was universally respected in the law enforcement community and its partners,” Smith said.

“Milt greeted me with a warm welcome to Frederick and offered to help me get acclimated to the area. I was shocked and saddened to hear of his passing this morning. My heart goes out to his family and his fellow officers,” Lando wrote in an email.

Thurmont Police Chief Greg Eyler communicated with Frech often, he said. They also worked together for many years at the sheriff’s office.

“He made a tremendous, positive impact while serving with the Frederick County Sheriff’s Office and as the Brunswick Police Chief,” Eyler wrote in an email.

Eyler knew Frech as someone who was devoted to the profession and loved his family deeply. Despite the rigors of the job, Eyler said Frech always had a joke to share.

“His work ethics were extraordinary. I considered Milt to be a friend who I could count on to assist when asked,” Eyler said. “I know he loved his family as well as police work. He was sincere, compassionate and had a great personality.”

An earlier version of this story misstated when Milt Frech became chief of Brunswick Police Department.

Police are advising drivers in Frederick to avoid U.S. 15 in the northern part of the city on Tuesday afternoon as a funeral procession for Br…

10-42, end of watch Chief Frech. The community you protected and served will miss but not forget you. The troops you lead will look back with fondness on your tenure as their chief. May you rest in peace.

In a time when society is trying to re-invent what being a cop really means, we only have to look at life and career of Milt Frech He was a quiet steadfast leader His investigative instincts were amazing. And the empathy he had for his fellow man made him the best cop I ever knew. Rest easy Chief

Milt was a wonderful man who really cared for the community. May he rest in peace.

The accolades are well deserved. Sometimes there are just not enough words. Growing up we had a children's book called Policeman Paul. The well respected and well liked, ideal, neighborhood policeman. Chief Frech was Brunswick's policeman Paul. He truly will be missed.

The City of Brunswick couldnt of said it better. Chief Frech has taken BPD leaps and bounds since he was brought on as Chief and the department continues to grow and offer better salary and benefits to its officers in turn attracting the best public servants to serve the greater Brunswick Community and beyond. Chief Frech will be sorely missed by his family, staff and the community.

I am so sorry to read about Milt's untimely passing. He was a great cop and a great human being. Anyone who worked with him at BPD and FPD will tell you the same thing. His work was impeccable. You never had to read one of his reports and say what is he talking about? He was a great family man and a good friend to my late husband, Russ. He will be sorely missed by his friends, his co-workers, and his community. God speed.