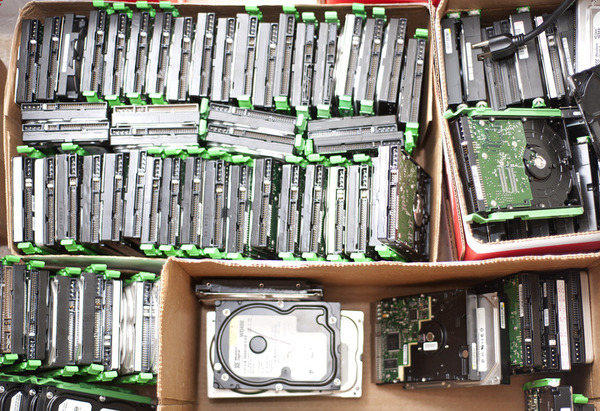 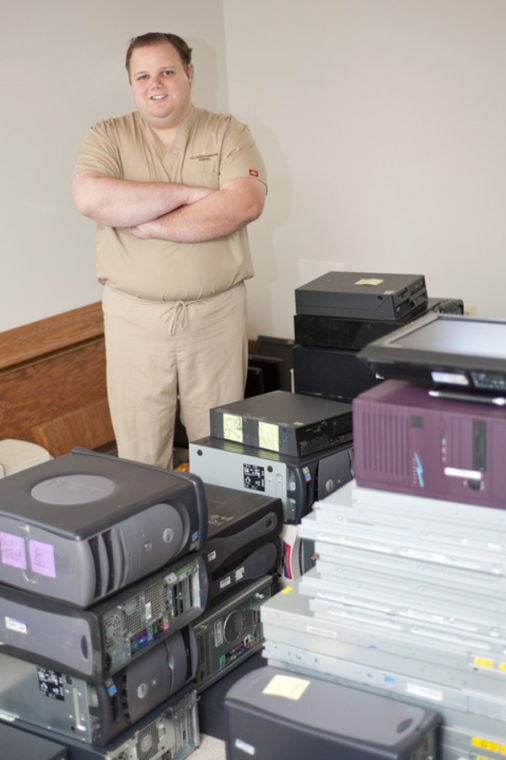 Frederick resident Eric Zimmerman refurbishes donated computer equipment for his nonprofit The Buddy Project, which then provides the computers to people with special needs. Staff photo by Adam Fried

Frederick resident Eric Zimmerman refurbishes donated computer equipment for his nonprofit The Buddy Project, which then provides the computers to people with special needs. Staff photo by Adam Fried

In today's world, a computer is almost essential, and a Frederick man has established a program to help disabled people get them.

The basement of Zimmerman's home in the Old Farm community is filled with hard drives, monitors and boxes of parts he uses for computer restoration.

"The Buddy Project is an brilliant, unique program," said Cindy McKane-Wagester, volunteer director of development for the project. "It is just incredible to see the happy, smiling faces of the computer recipients and their family members when The Buddy Project team shows up at their door with a system for them."

A graduate of Frederick High School, Zimmerman got his information technology training in the county's Career and Technology Center.

He is now taking basic courses at Hood College, but would like to go to a school for computer service. Most college courses are on software, Zimmerman said.

The Buddy Project, a registered nonprofit, has placed 155 computers and has a waiting list of about 70 people, he said.

"We put one (computer) into the home and every two years plan to trade that for a newer one," he said.

He recycles parts whenever possible and rarely has to buy anything new.

"My goal is to help disabled persons to improve the chance of getting a job, be more productive," Zimmerman said.

"Many of the families can't afford to buy a computer right now," McKane-Wagester said. "Eric's vision is to expand the program, by providing computers nationally instead of just in Maryland and by implementing a training program to teach recipients about different programs that can help them develop skills."

Zimmerman was inspired by Best Buddies International, a charity started by Anthony K. Shriver. That program works to facilitate one-on-one friendships between people with and without intellectual disabilities.

Zimmerman started The Buddy Project in 2008, and has found fundraising to be a challenge.

"I've gotten donations of $1 or $5 from low-income people, but not much luck from others," he said

He is working to get businesses or schools to give him their old computers.

Zimmerman also has a for-profit business, Old Farm Computers, which includes sales and service. Most of the equipment he sells is higher-end computers, he said.

He would like to have a location outside his house, with a warehouse and laboratory. He would also like to have trained assistants who would work with recipients on how to use the computer. Now he does that when he can, he said.

"I want to focus on The Buddy Project, not Old Farm Computer."

Know of a person who would make a good Slice? If so, please send your suggestions to citydesk@newspost.com or call us at 301-662-1178 and ask for a city editor.