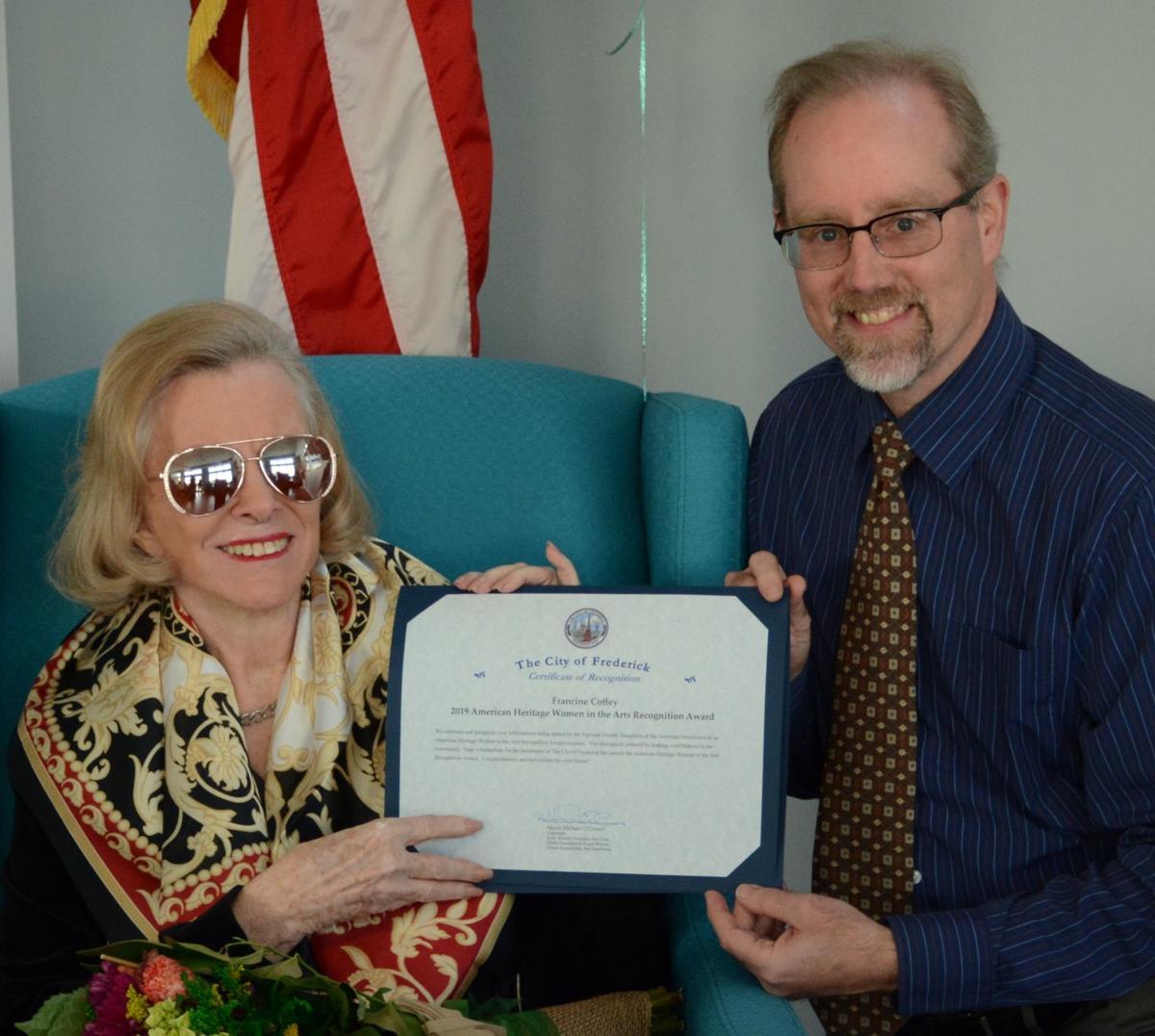 On Nov. 14, Francine Coffey was recognized with the National Society of the Daughters of the American Revolution’s (NSDAR) American Heritage Women in the Arts Award. The event was held at Tranquillity at FrederickTowne and lead by Liz Deering who is the state curator and the American Heritage Committee chair for the Carrollton Manor Chapter.

Coffey gives the following advice: “Making a difference worldwide is wonderful, go after something that will enhance you and make a difference” and “I got to see what I wanted to see and do what I wanted to do, so find out what kind of person you are and pursue it ... .”

As a young woman, Coffey dreamed of going to Paris and getting into the fashion industry, and she did just that. With no friends, relatives nor job there, she traveled to Paris and knocked on doors until she landed a job as press attaché for designer Roberto Capucci. The House of Yves Saint Laurent soon hired her to work with their American and English buyers, where she met the Duchess of Windsor and became her personal buyer.

She returned to the U.S. to try something new and went to work for Vogue in New York until the Singer Co. (of Singer sewing machine fame) offered her a job as their fashion director. She became their first female executive. Among other achievements at Singer, she went to Hollywood (on loan from Singer) to teach celebrities sewing on the nationally televised “Dinah Shore Show,” where the “Coffey Break” was born. She taught celebrities like Carol Burnett, Pearl Bailey, Della Reese, Leslie Uggams, Barbara Walters and others how to sew.

Coffey’s lifetime career is an example and inspiration to all for being a vanguard in the fashion industry and reaching new plateaus as a woman in the arts and therefore contributing to the American Heritage.

For information about the Carrollton Manor Chapter DAR, contact Ysabel Suarez at Ysabel.f.suarez@gmail.com or go to https://carrolltonmanor.marylanddar.org/ or view www.facebook.com/CarrolltonManorChapterNSDAR.