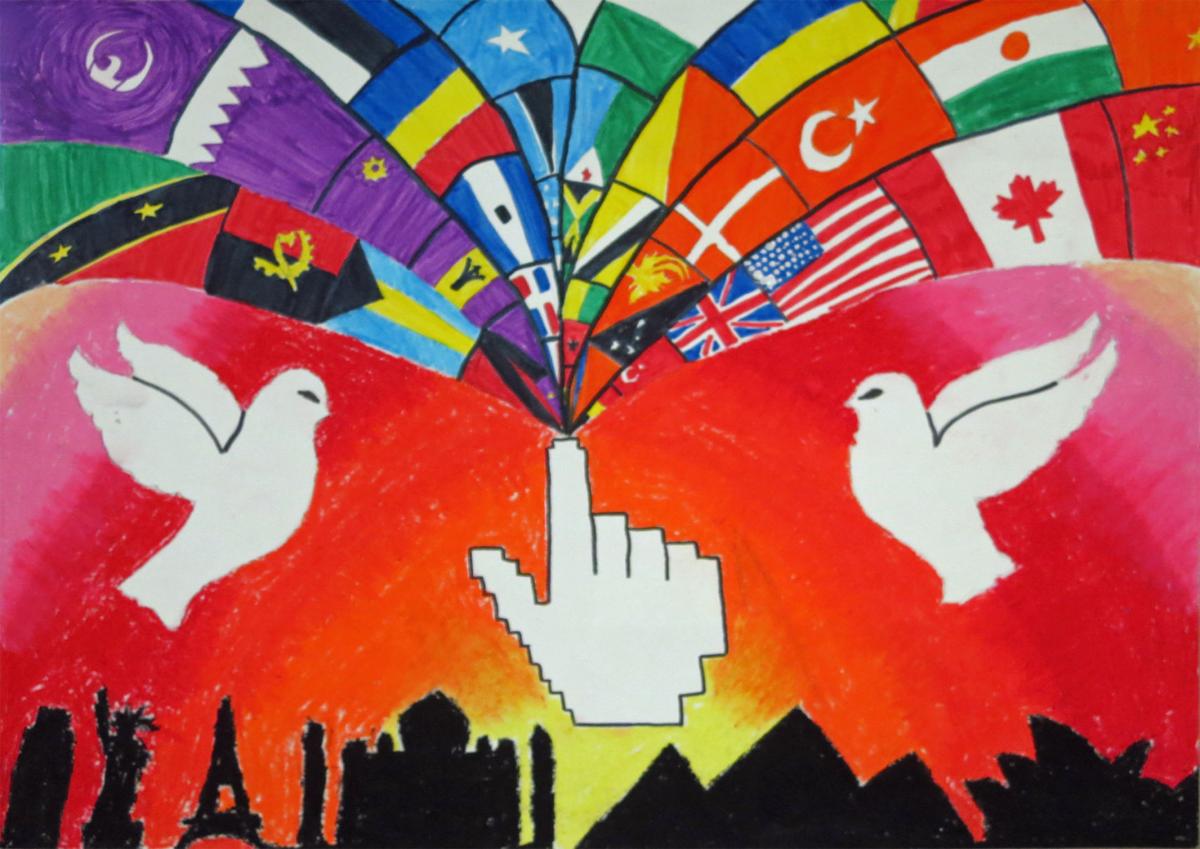 Kayla Crigger’s poster won first place in the Lions Club District 22W and the Multiple District 22 peace poster contests. Her poster has been sent to Lions Clubs International headquarters, where it will compete with winners from all over the world. 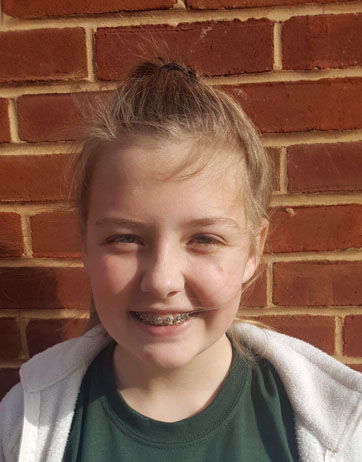 Kayla Crigger, an eighth-grade student at Boonsboro Middle School, in Boonsboro, has taken a major step to becoming an internationally recognized artist by placing first in the Peace Poster Contest sponsored by the Lions Clubs of District 22W. Winners were announced Nov. 25 at the Terra Rubra Lions Club Park Building, Keymar, by contest chairman Lion Allan Chrest, of the Silver Run-Union Mills Lions Club. There were 16 entrants from schools throughout District 22-W, which covers western Maryland from Carroll to Garrett counties.

Kayla’s poster, submitted by the Boonsboro Lions Club, was among more than 350,000 entries submitted worldwide in the annual Lions International Peace Poster Contest. Lions Clubs International has sponsored this program for 30 years to encourage young people worldwide to express their visions of peace. The theme of the 2017-2018 Peace Poster Contest is “The Future of Peace.” Kayla was awarded $100 and a certificate.

Chrest said he was impressed by the expression and creativity of the students who entered the contest. “It is obvious that these young people have strong ideas about what peace means to them. I’m so proud that we were able to provide them with the opportunity to share their visions.”

Judges were artists and educators Ann Hess, a freelance artist in the Frederick area, and Gene Ganssle, an artist in Carroll County. Judges also critiqued each poster in an academic way so that the young artists would benefit and learn from this experience.

In addition to the first-, second- and third-place awards, two honorable mention awards were recognized: Jane Orellana, a sixth-grader at Gov. Thomas Johnson Middle School; and Callie Mackay, a sixth-grader at New Life Christian school. Both received a $25 prize award.

Kayla’s winning poster was entered into the Multiple District 22 competition held in Easton on Dec. 3r, competing with the winning posters from Districts 22A, 22B, 22C and 22D and placed first in that competition. Multiple District 22 covers all of Maryland, Delaware and the District of Columbia. Her poster has been sent to Lions Clubs International headquarters where it will compete with winners from all over the world. Winner at this level is $5,000 plus a trip to the United Nations on Lions Clubs Day at the United Nations on March 24, 2018. In addition to the grand prize, 23 merit award winners will receive $500 and a certificate of achievement.

District 22-W clubs are listed on the 22-W website at www.e-district.org/sites/22w. Past international grand-prize winning posters are viewable on the Lions Clubs International website, www.lionsclubs.org.