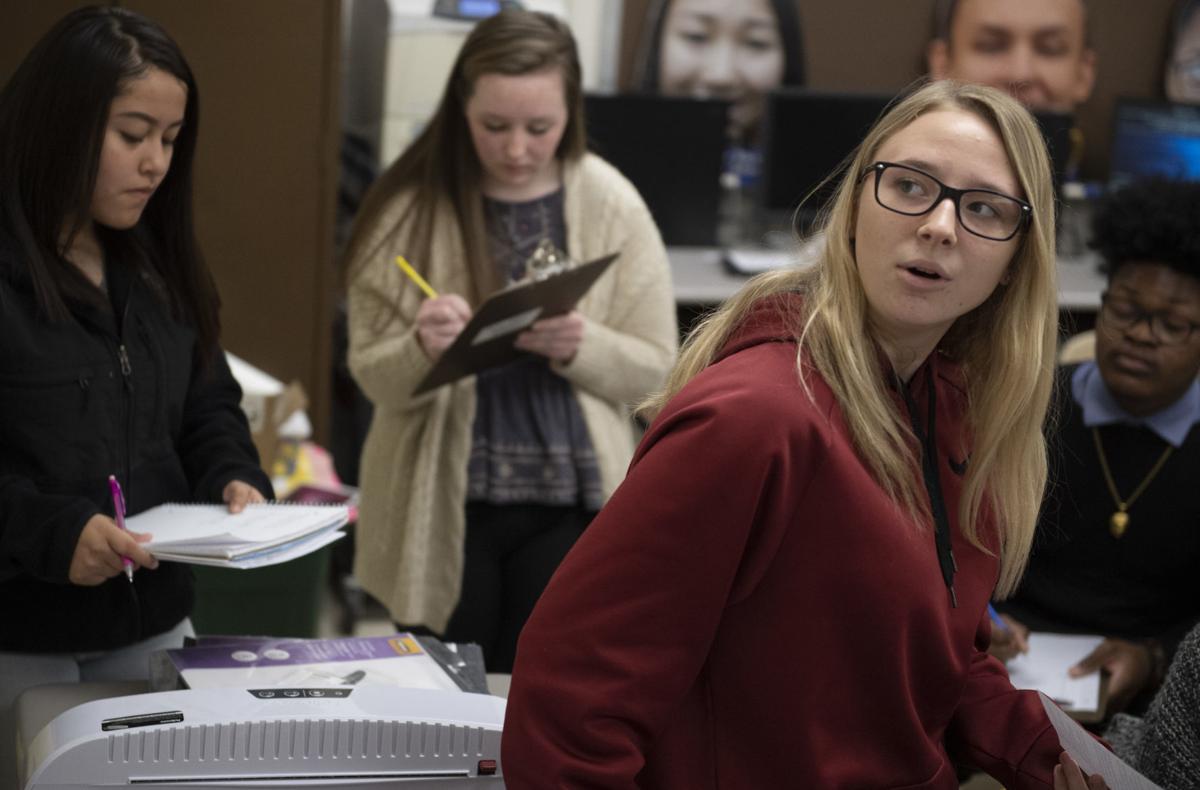 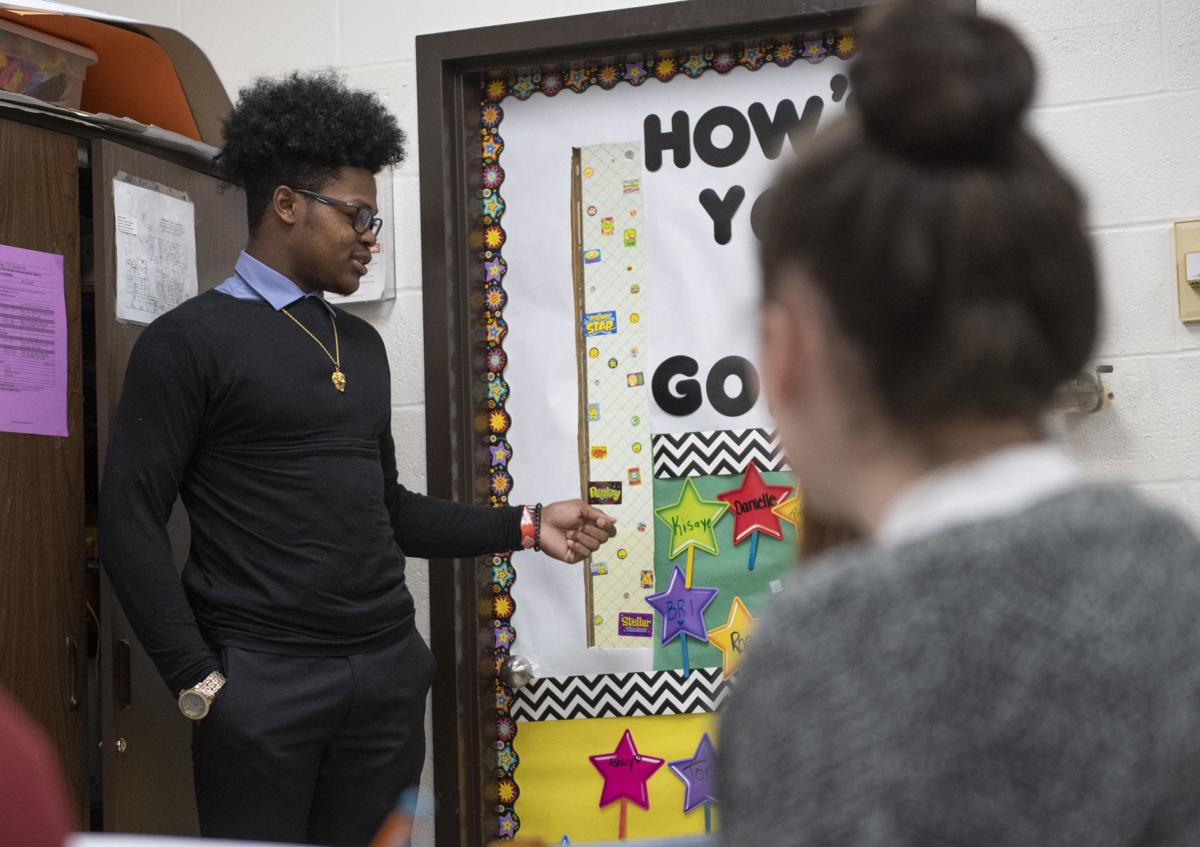 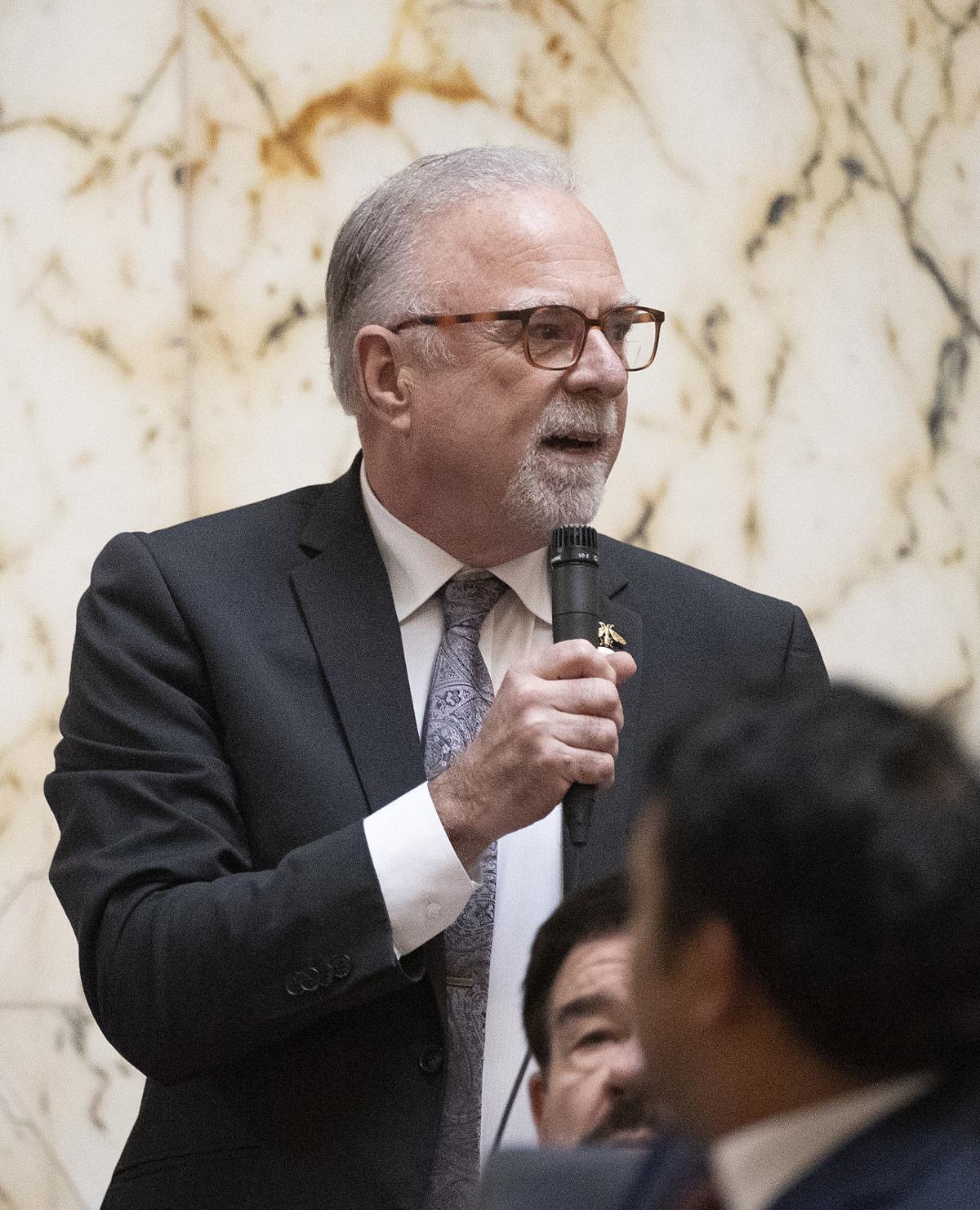 ANNAPOLIS — Back in 2017, then-Board of Education member Ken Kerr proposed a teacher apprenticeship program to give Frederick County students a better idea of what the teaching profession looks like.

Now, Kerr (D-Frederick), who is serving his second year as a state delegate, is trying to introduce that program with some state assistance.

Kerr said earlier this week the program would allow prospective teachers to take relevant courses in college and learn from a teacher in their subject area, preparing them for the job.

“So there’ll be no surprises,” Kerr said. “A lot of times, they get in the classroom and they think, ‘This is not what I thought this was gonna be.’ But if they’ve apprenticed for four years, then they know exactly what they’re getting into.”

Kerr, along with Frederick County Board of Education member Karen Yoho, described the apprenticeship program to the House of Delegates’ Ways and Means Committee in a bill hearing Friday.

Those who complete the Teacher Academy of Maryland at Frederick County Public Schools’ Career and Technology Center would be hired as instructional aides, Kerr said. They would then spend 35 hours per week as part of the apprenticeship program: 20 to be an apprentice under a teacher, and 15 to complete the relevant course work.

After the hearing, Kerr said the intent is to have the apprentices be ready to teach after four years of instruction. He said one of the bill’s main focuses is to combat issues of poor teacher training and retention.

According to data from the Maryland State Department of Education, the teacher attrition rate — or the percentage of teachers who left compared with the total teacher population — in Frederick County was 6.9 percent in the 2017-18 school year, the most recent data available. The state average was 6.7 percent.

Yoho said FCPS has allocated just over $190,000 in its budget for the teacher apprenticeship program, but needs the state share to help start it.

“Too many teachers leave after a few years, finding the demands of the job more than they anticipated,” Yoho said in an email. “Instructional assistants, by being in the schools, become well aware of those demands, so my hope would be that there would be less attrition from this type of cohort.”

Making the investmentKerr and FCPS officials said the program should help the system be able to develop and retain its own talent.

That included Heather Clabaugh, FCPS budget officer. She said the apprentice program would also allow students to learn what area they might be interested in teaching.

“All the school programs make you work in every [department] just so you can get a little taste, because you might think, I want to be in kindergarten,” Clabaugh said. “And then you’re like, oh, that was awful, I really want to do high school, or vice versa.”

The apprentices must also agree to work for FCPS for five years, Kerr said.

“Because we’ve invested in them,” Pellegrino said. “We’re paying their tuition and paying them for their time while they’re learning.”

Kerr’s proposal would work with the Teacher Academy of Maryland at the Career and Technology Center, which was bustling with activity Friday morning.

Sally Huguley, instructor/site coordinator for the Teacher Academy, said there are four components to that academy:

Huguley thanked Kerr for bringing the proposal forward, and hopes it can keep students in the county, should they finish the program.

“If we spend a year and a half on these students ... let’s keep them here, let’s make it attractive,” Huguley said, alluding to the length of the Teacher Academy.

“The best teacher apprentices are right there in that classroom,” she added regarding her class Friday. “They’re the ones that have a year-and-a-half leg up.”

Both said they were in the internship phase of the academy, meaning they were working with teachers in areas they were interested in.

Barnes said he was involved in seventh-grade math at West Frederick Middle School, and Solano said she was in musical theater/dance at TJ High.

Barnes and Solano described the Teacher Academy as rigorous work, but valuable experience. Barnes said that Kerr’s proposal would help, especially from a financial perspective.

“Many people know that teachers are very underpaid ... for as important as a job that they have,” Barnes said. “But at the same time, funding for them could be beneficial to help them get through college, and then get right back into the teaching field to help someone else out.”

Solano said the program would help her become the first teacher in her family, a goal that’s personal.

“My mom couldn’t go to college, but her dream career was being a teacher ... so that’s the way I got into it,” she said.

“Our [instructional aides] are an integral part of our educational program and they know many of the expectations of being a teacher and are very familiar with our students,” Yoho said in an email. “If finances were the barrier that kept some of them from pursuing a college degree, the teacher apprenticeship program could be the opportunity they needed.”

In an effort to increase teacher recruitment, the Frederick County Board of Education is moving forward with developing a teacher apprenticesh…

Well, that’s a real slap in the face for those who are presently in the classroom. They have been poorly trained, and that’s why education is in its present state. And we can’t keep teachers. I’d like to point out that your “program” describes the basic structure of any college education program. These teacher training programs put students in the classroom throughout their college career. *Are you aware of the fact that teachers must have a Master’s Degree in the first five years of training. Are you aware that FCPS offers continual teacher courses in order to keep teachers current? Are you aware that FCPS in-service days have half or whole day training for the current staff? Recertification, which is continual, requires a certain amount of new college credits. You really need to review the present structure of what FCPS offers teachers in continual education. By the way, the last student teacher I worked with was from Mount Saint Mary’s. She was dynamite!! She left teaching a few years after she hired, and did end up working in another field. Why? I’ll explain.

There is a vast teacher shortage across the country. Teacher programs are being dropped by a number of colleges. There are reasons why this is happening. Do keep in mind that high school seniors who are considering an education major, have been “in the classroom” for 13 years. They are aware of more than you think they are.

Let’s get back to teacher retention. The major issues vary, but here are some examples:

2. Workload. It takes hours to prepare for school. Planning, grading, and creation of materials. It’s impossible to do these things during the school day. No overtime pay.

3. Complete lack of respect. Bulldozer parents, entitled student, a public that is ready to eviscerate educators. Sometimes an administrator can show disrespect to staff.

4. Testing. If teachers could actually teach a full class, spending no time on test prep, the results would be impressive. Grade appropriate curriculums should drive the test. The test shouldn’t drive the curriculum.

There are so many other issues facing educators. Put the money into fixing what’s broken.

Are you aware of the fact that teachers must have a Master’s Degree in the first five years of training ***It should read teaching, not training.