Skip to main content
You are the owner of this article.
Edit Article Add New Article
You have permission to edit this article.
Edit
Home
News
Opinion
Sports
Topics
Calendar
Classifieds
Special features
Contests
Become a carrier
1 of 5 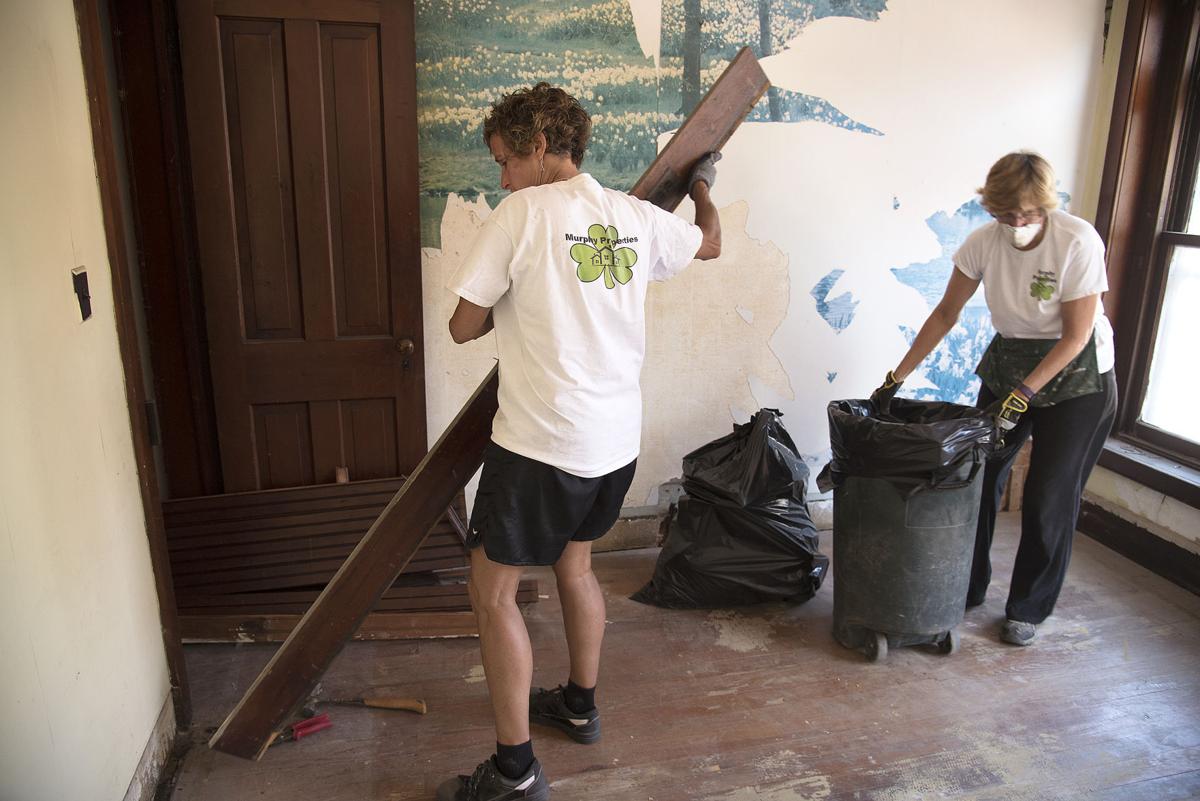 From left, Lisa Murphy and Sue Murphy work Friday on renovating the town house at 20 W. Fourth St. in Frederick. 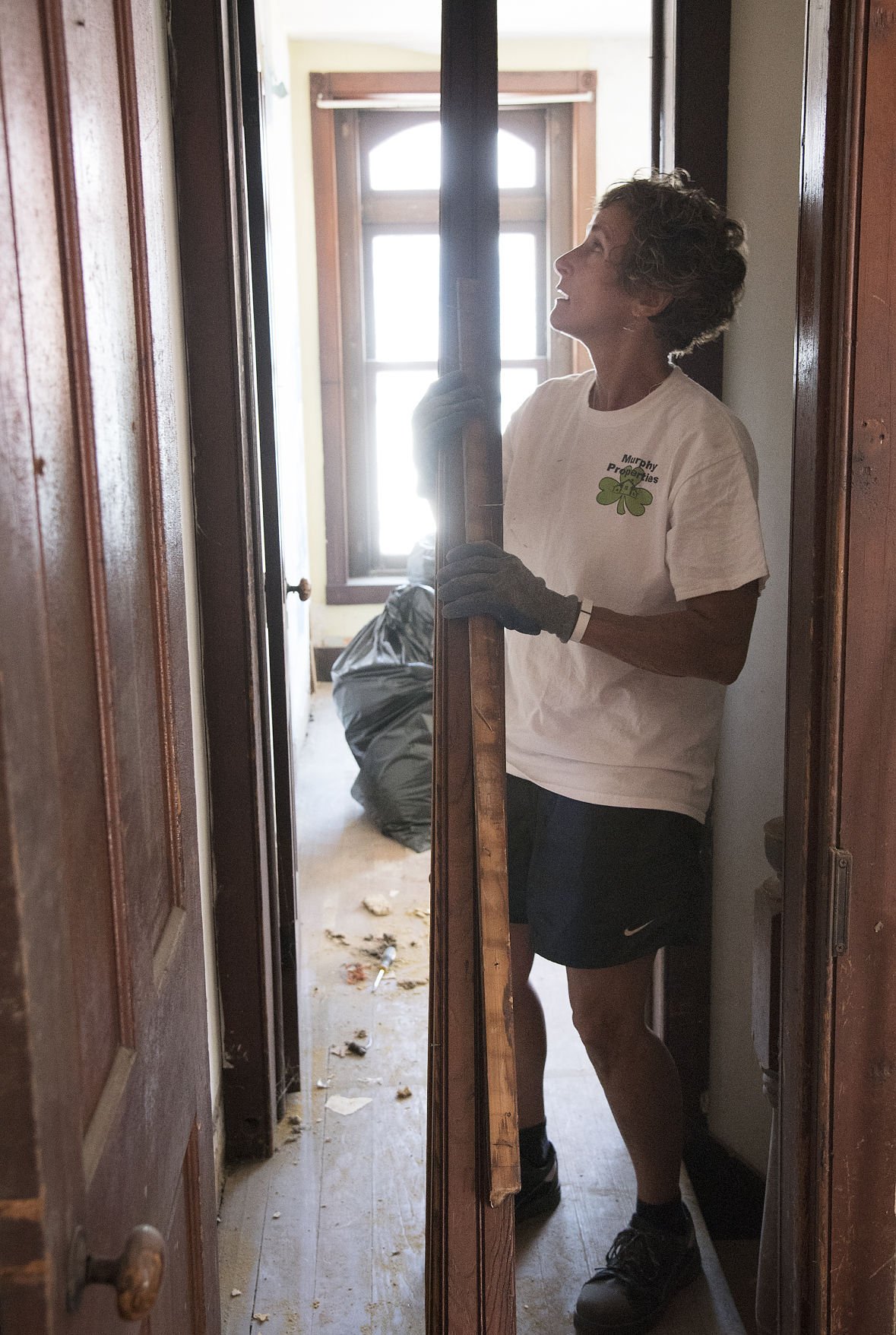 Lisa Murphy, top right, and Sue Murphy, bottom left, work Friday to renovate 20 W. Fourth St. in Frederick, which has been in disrepair for decades. The sisters-in-law bought the house after a long court battle. 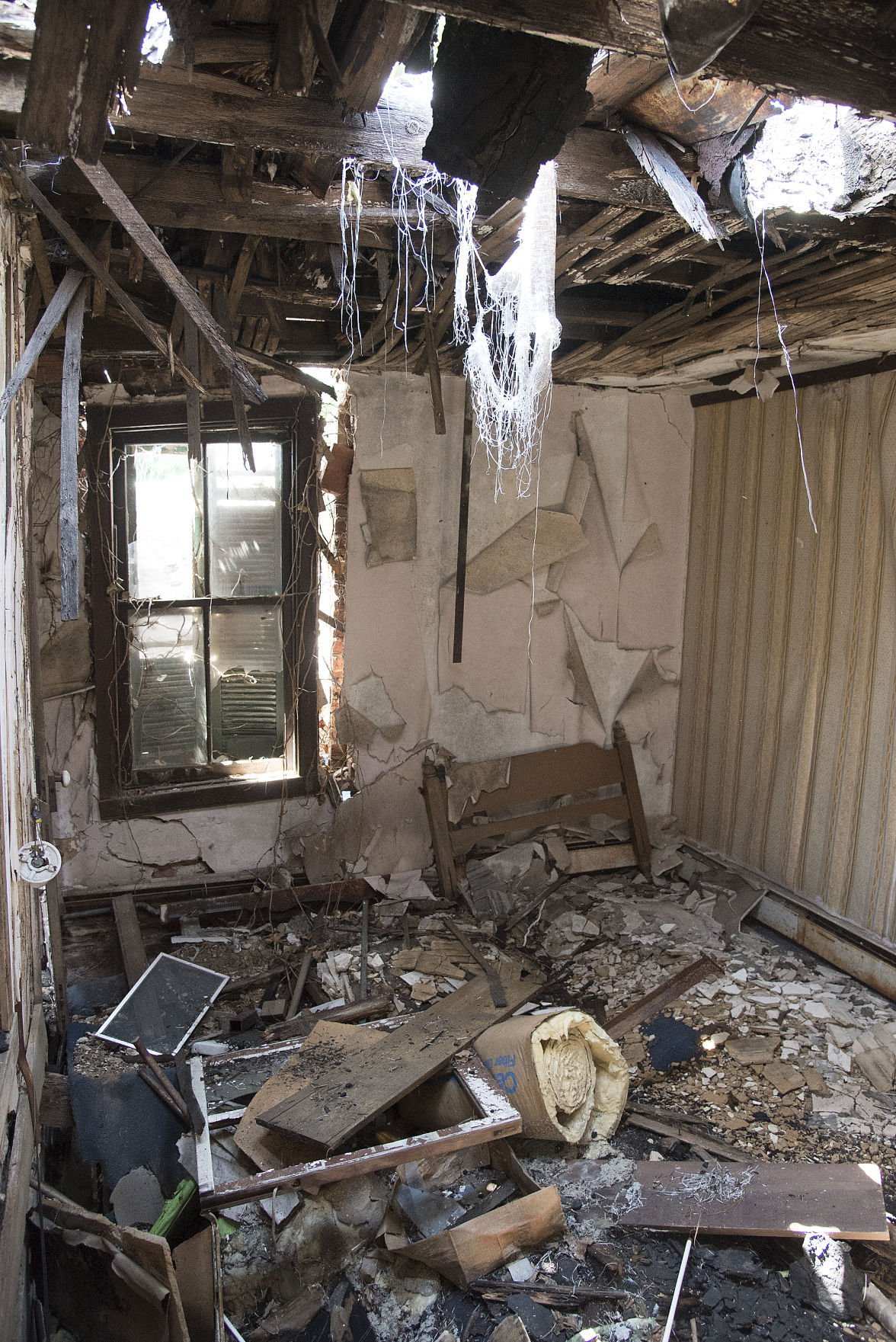 An upstairs room at the back of the home at 20 W. Fourth St. in Frederick. 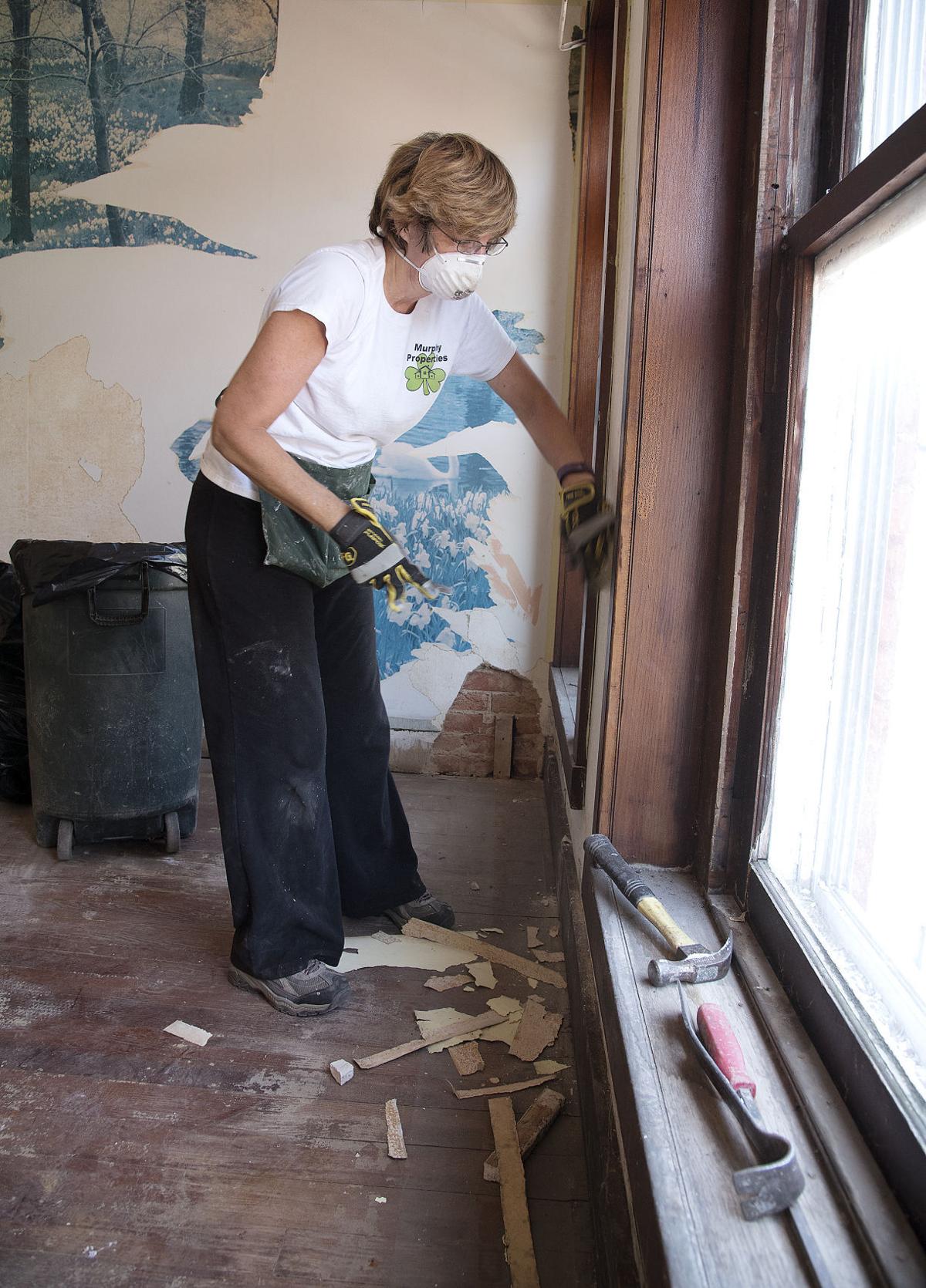 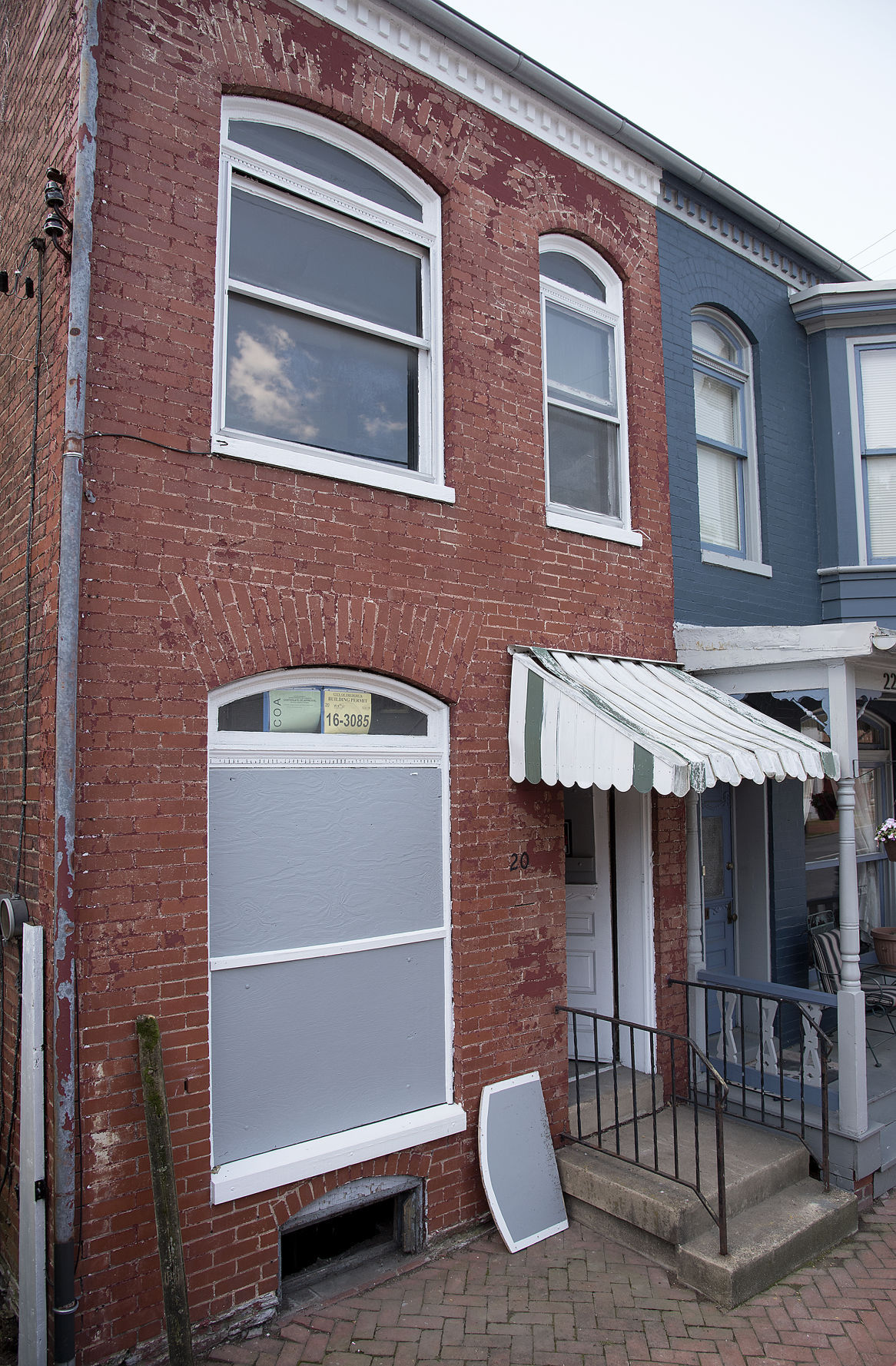 From left, Lisa Murphy and Sue Murphy work Friday on renovating the town house at 20 W. Fourth St. in Frederick.

Lisa Murphy, top right, and Sue Murphy, bottom left, work Friday to renovate 20 W. Fourth St. in Frederick, which has been in disrepair for decades. The sisters-in-law bought the house after a long court battle.

An upstairs room at the back of the home at 20 W. Fourth St. in Frederick.

In about seven months, an infamously blighted downtown Frederick house should have a new identity thanks to sisters-in-law Sue and Lisa Murphy.

Buying blighted, historic homes and renovating them are what the Murphys do through their property revitalization company, Murphy Properties, and the dilapidated town house at 20 W. Fourth St. is their latest endeavor.

“This is the 14th or 15th house we’ve done,” Sue Murphy said Friday of the property. “The more run-down they are, the better. We love them. Plus, we love the city.”

Renovating blighted homes is a way Sue and Lisa, who are married to identical twins Don and Doug Murphy, said they can give back to the city and the area. At first, the task helped them deal with the devastating loss of a family member.

In 1999, Sue and Don lost their 14-year-old daughter, Jessica, in a car crash. For years, the family was gripped with grief. And when their son went off to college in 2001, the couple became empty nesters earlier than expected.

She enlisted the help of her husband, as well as Lisa and Doug, who were also close with Jessica.

“They were as close to my daughter as anyone can be,” Sue said of Lisa and Doug. “We all kind of needed something to do with all that grief energy.”

Sue is a former real estate agent and her family members have experience in property development, which made the home renovation project a perfect fit. The sisters-in-law perform the day-to-day weekday work, with their husbands pitching in the evenings and on weekends.

The first house they bought was across from the fairgrounds in Frederick and was in really bad shape, Sue said. The owners were not charging much, so the Murphys bought it and it became their first successful renovation.

Murphy Properties bought 20 W. Fourth St. for $17,000, Sue said. The Board of Aldermen approved the final sale May 4, and Assistant City Attorney Scott Waxter said the sale on the property officially went through Wednesday.

The two-bedroom town house was built in 1865, according to state property tax records. Former owner Allan Pickett bought the property for $41,000 in 1982, and lived there for one week before renting it out, according to records.

The home has been vacant for more than two decades, and due to a lack of attention and maintenance, it gradually deteriorated until it became the blighted structure it is today. Neighbors and other downtown blight warriors have complained for years about its dilapidated state and it has consistently been listed on the city’s blighted property watch list.

Until recently, the house was at the center of a legal battle with Pickett, which was one of the main reasons renovations had not been addressed. Sue and Lisa said that if Pickett had not filed a litany of appeals regarding ownership over the years, the renovations they are completing now would have begun much sooner.

“It took a year to get to settlement,” Sue said. “We had issues getting a clean title.”

Sue said 20 W. Fourth St. is one of the top three most deteriorated properties Murphy Properties has taken on. The work the Murphys plan to put into the property includes demolition of the rear of the property, which is damaged beyond repair, and construction of a new addition. The decades of vacancy also require the installation of basic utilities such as plumbing, electricity, and heating and cooling.

Sue and Lisa Murphy hired crews to demolish the rear of the building, who were working Friday. The Murphys also typically hire workers to perform HVAC and roofing work at the homes, but other than that, they perform most of the renovation duties themselves.

“We are hands-on,” Sue Murphy said.

Besides demolishing the rear of the building, the renovation plans include completely restoring the front of the building, which is structurally not in bad shape; creating a master suite with a balcony; opening the attic and creating an overlook; and reopening the fireplace in the front room. All of the renovations will adhere to guidelines of the Frederick Town Historic District.

The Murphys hope to finish the renovations in about seven months, weather permitting. Sue and Lisa said each project has taken about that long to complete.

The home is appraised at $275,000, Sue added. She and her sister-in-law expect to spend about $170,000 on the renovations and sell the property when they are finished. The Murphys said they have not made a lot of money from the renovations and are not really in it for profit.

“We are probably not the smartest business people,” Sue joked. “The goal is to help Frederick. We don’t make a ton of money, but we love what we do.”

The Murphys usually work on one property at a time. One of the last homes they renovated was a historic residence at 37 E. Fifth St., which received a National Preservation Month award in May. The Murphys accepted the “bricks and mortar award” for completely renovating the house, which had been vacant for years and was in disrepair before they fixed it up.

The saga of a dilapidated downtown town house mired in a series of escalating lawsuits has ended, and a new chapter begun.

Kudos to them for sticking with it and saving this house! Had Mr. Pickett really cared about this property as much over the past 20 years as he did in the past two, it would have never deteriorated to this point. I am thankful they stuck with the house and are renovating it! I am sure the neighbors are their biggest fans right now. Thank you ladies for helping to keep Frederick looking good!

I'am so happy for the man that lives next door to this mess. There was no real reason for this property to get to the horrific condition it is. So much of the blame is on the officials of the City Of Frederick. We always read in the paper that nothing could be done. What ever happened to enforcing the code and the law ? Had this property been on Record Street, Court Street, or any other street close to City Hall I don't think this would have been tolerated . So I must say hats off to the Murphys, hats still on for the City for taking so long !

"So much of the blame is on the officials of the City Of Frederick." You have no idea how wrong you are. Just spend 5 minutes with the psychopath that use to own this property and you would know just how complicated the situation was (and probably still is). There is nothing more toxic and dangerous than a nut job with money.

Also, the nut jobs that scream "property rights! I can do whatever I want with my property including letting it rot. ". Those are the people Duckie hides behind.

The City battled in court for 10 years about this properly. The court battled have been covered in the FNP for 10 years. Crusty is a bit slow and apparently can't read.