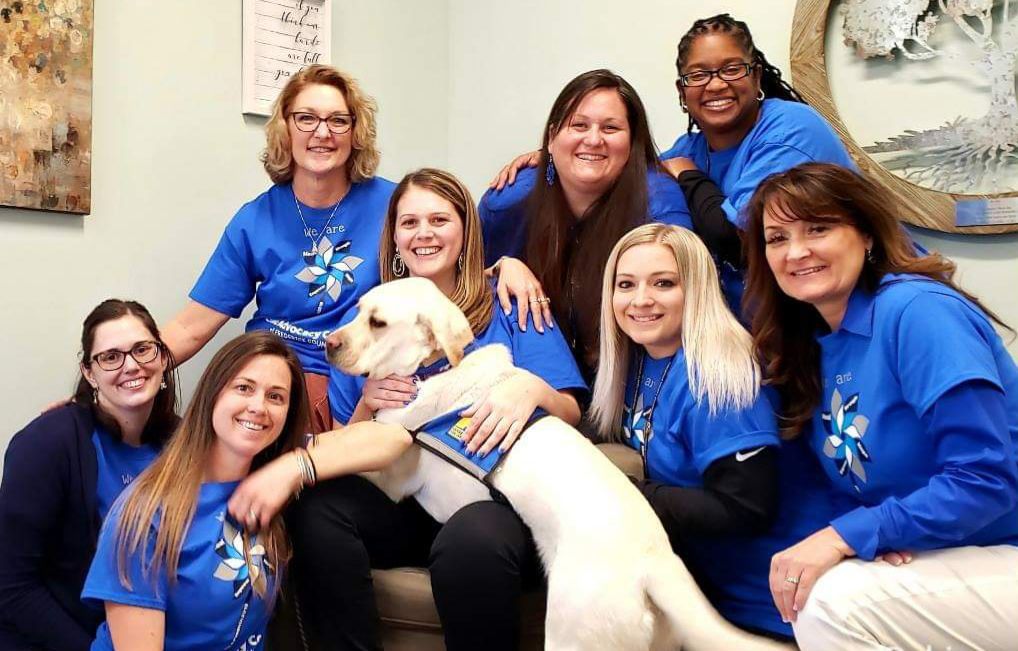 Heiress, the CAC facility dog who provides comfort and companionship to children at the CAC. 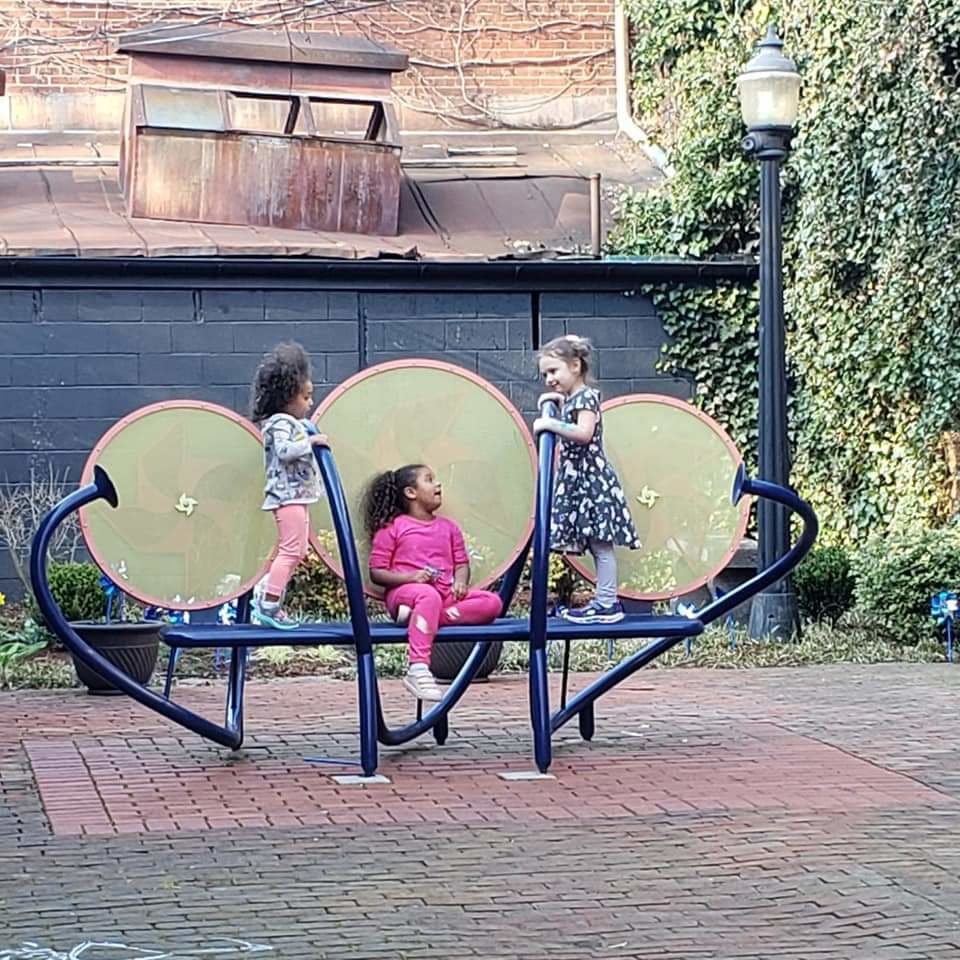 {span}From left Natalia Bender, Gabrielle Bender and Olivia Hedges on the Whispering Bench at the Healing Garden in Frederick. The garden is maintained by the Friends of the Child Advocacy Center and is meant to be a place to remember survivors of child abuse and children who died from child abuse in Frederick County. {/span}

Heiress, the CAC facility dog who provides comfort and companionship to children at the CAC.

{span}From left Natalia Bender, Gabrielle Bender and Olivia Hedges on the Whispering Bench at the Healing Garden in Frederick. The garden is maintained by the Friends of the Child Advocacy Center and is meant to be a place to remember survivors of child abuse and children who died from child abuse in Frederick County. {/span}

Regulations put in place to slow the spread of COVID-19 mean that children are spending more time at home and less time in school — a situation that the Child Advocacy Center of Frederick County fears could lead to an increase in child abuse and neglect.

“I believe we’re going to see the number of child abuse cases increase rapidly but child abuse reports are going to decrease exponentially,” said Megan Hedges, family advocate for the Child Advocacy Center. “This is going to be detrimental to many of the children in our community because we know the abuse is not stopping, in fact the abuse may be getting worse.”

Last year, between March 13 and April 6, the Child Advocacy Center interviewed 24 children for suspected child abuse or neglect, Hedges said. This year, between the same dates, that number dropped to 12.

Referrals for interviews come from the Department of Social Services and law enforcement and these numbers do not not include every report of child abuse received by DSS because not every report results in an interview at the Child Advocacy Center.

The Child Advocacy Center addresses reports of child abuse and neglect and works with other agencies such as DSS, the State’s Attorney’s Office and law enforcement.

They offer several services including investigation, treatment and education about child abuse and neglect, with the ultimate goal of preventing and reducing trauma.

Hedges said stay-at-home orders could be part of the issue.

“Children aren’t in school or child care. Teachers, bus drivers, social workers, counselors, and even peers who are most likely to detect or report signs of abuse now don’t have that opportunity,” she said.

Families that were in crisis prior to COVID-19 are at higher risk because of the added pressure and even families that were functional before could struggle as parents work to provide around-the-clock care, which can become more stressful, Hedges said.

“We’re not going to be seeing abuse just in our more vulnerable families now, it’s going to be everywhere,” she said.

There’s also the potential of children being at home with their abusers for much longer periods of time without someone like a teacher or counselor to talk to.

The Child Advocacy Center is asking everyone in the community to look for signs of abuse and to report it to the proper authorities.

“This is a really dangerous time for children who are exposed to abuse and neglect and as a community we need to do whatever we can to help,” Hedges said.

She encouraged people to reach out to neighbors, family and friends, especially if there’s a history or suspicion of abuse or neglect.

The Child Advocacy Center is also asking bus drivers and cafeteria staff who may still see children during the day, when delivering meals, to be aware of the signs of child abuse and neglect.

“You’re not just handing out a meal,” she said. “You’re right there, one-on-one with these kids, and if you suspect something, talk to them.”

Many students are also doing online learning and Hedges said teachers, other students and parents should be involved and aware of when something doesn’t seem right with a child.

“Just follow your gut instinct,” she said, adding that things to look out for include the physical conditions of a child and their background environment.

If someone suspects child abuse or a child tells them about abuse, Hedges said there are several things to do:

Hedges said that reports of child abuse are still being responded to during COVID-19 and the State’s Attorney’s Office is still charging people.

“We just want to assure the community that we’re still here,” she said. “... Never assume someone else is reporting it, you may be the only person seeing it.”

For parents, guardians or caretakers who want to keep children safe, Hedges said it’s important for them to take care of themselves.

“If you’re feeling to a point that you’re being pushed over the edge, take a break, go for a walk, access an online exercise class. Do what you have to do to stay healthy so your children can stay healthy,” she said. “Keep things as normal as possible.”

And if that’s not enough, Hedges encouraged parents to reach out for help.

Below is a list of resources, which include contacts for places to report suspected child abuse or neglect as well as contacts for parents to reach out for help:

Signs of child abuse or neglect

For more information about the Child Advocacy Center of Frederick County and activities related to National Child Abuse Prevention Month, go to www.facebook.com/pg/CACFrederick or go to cacfriends.net.