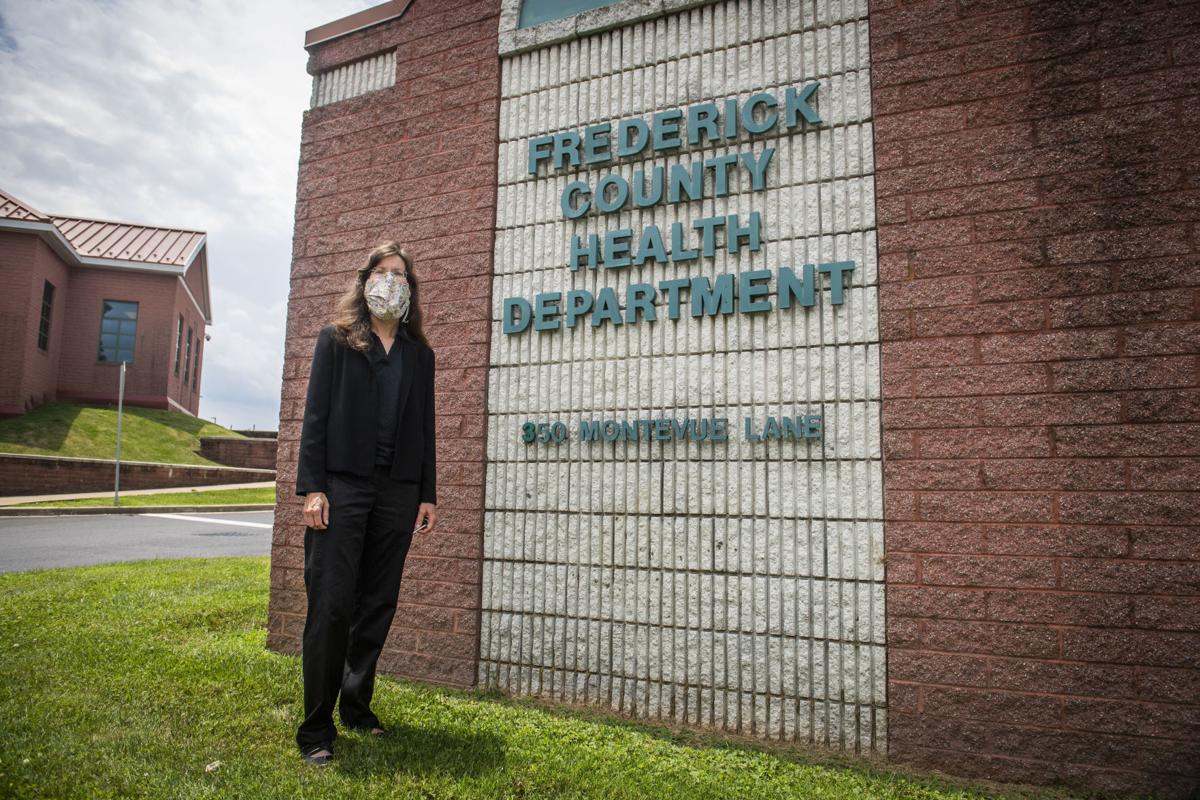 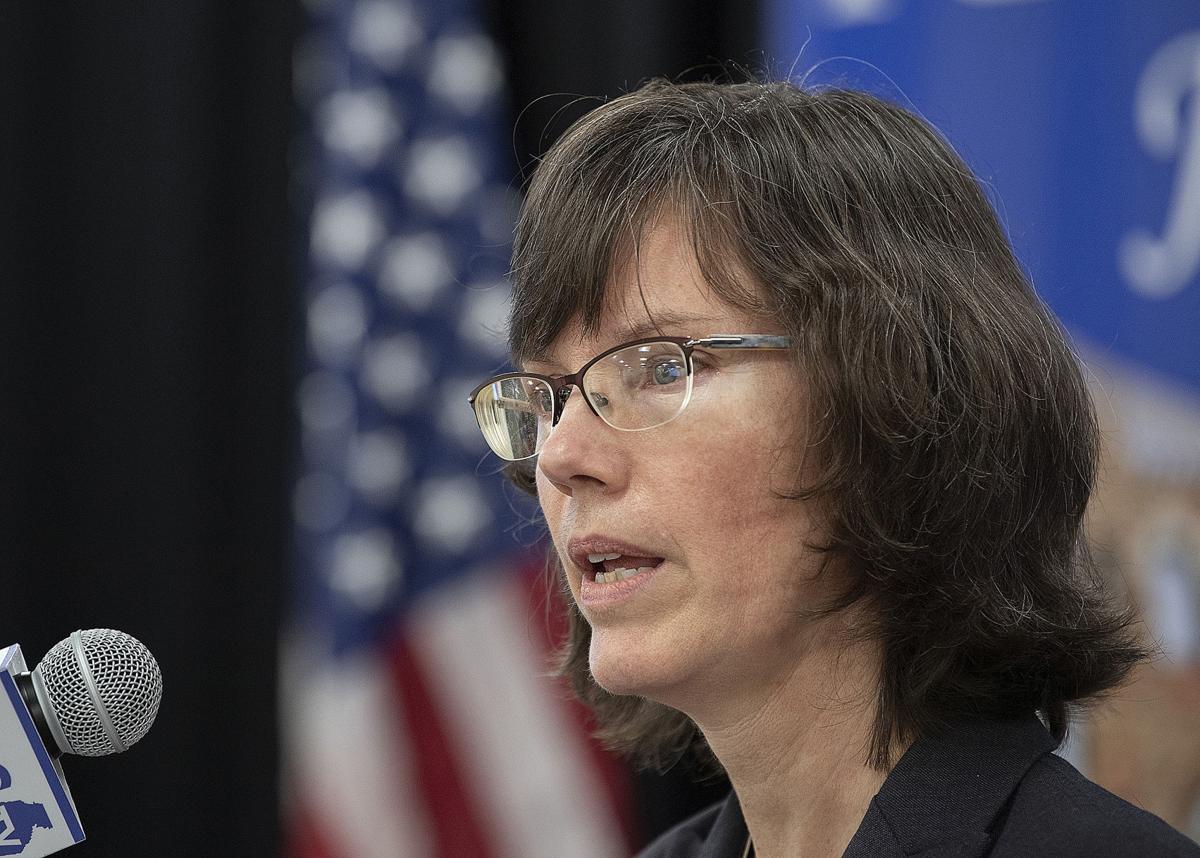 The 2009 swine flu outbreak had given them a crash course in vaccine distribution. They were cognizant that there may be resistance to quarantine and isolation recommendations.

But in all of the planning Dr. Barbara Brookmyer and her staff at the Frederick County Health Department did to prepare for the possibility of a pandemic, they never imagined they’d face pushback to other non-pharmaceutical interventions. If people knew they could help prevent others from getting sick by just wearing a mask, Brookmyer had assumed, they’d do it.

Brookmyer, the county’s health officer, also never dreamed she’d be in the compliance business. But before the county hired contract workers to do the job, when her department got wind that a business wasn’t following coronavirus-related rules, Dr. Brookmyer was the one to swing by the offending store, talk to the manager and give the space a walk through.

“That, I can say, I never anticipated,” she said. “But public health being the leader in those activities? That’s not a surprise.”

Life in Frederick County today is a far cry to what it looked like a year ago. Hospitalizations and deaths from the novel coronavirus have faced a steep drop-off and as of Thursday, 70.8 percent of the county’s adult population was fully vaccinated.

Still, the pandemic isn’t over.

The seven-day positivity rate in the county has quadrupled in the last month, jumping from 0.31 percent on June 23 to 1.24 percent on Thursday — a number that was .10 percentage points higher than the state’s Thursday positivity rate. Largely due to new, more transmissible variants of the virus, the average daily case rate is climbing in most states across the country.

In a recent interview with The Frederick News-Post, Brookmyer reflected on the past year and a half, gave an update on the state of COVID-19 in the county and shared her hopes for how Frederick will use lessons learned during the pandemic to improve health in the community.

A little over a decade ago, as the H1N1 strain of the flu virus spread like wildfire across the country, Brookmyer and her staff learned the importance of finding a permanent space to hold vaccination clinics so that they wouldn’t have to waste time setting up and tearing down every day.

This knowledge was helpful to the health department at the end of the past year when it started receiving the first doses of the COVID vaccine, Brookmyer said. But there was no preparing for the sharp difference in supply and demand for immunization — back then, the amount of vaccine the health department received varied week to week, and only the most vulnerable were eligible for a shot. To keep track of people who wanted to be vaccinated, the county’s IT department eventually created a database for their contact information, Brookmyer said.

For the swine flu outbreak, which didn’t cause anywhere near the scale of severe illness and death the ongoing pandemic has caused, it was a different story.

“We vaccinated in November and December, but after that,” Brookmyer said, “people weren’t as much interested.”

Seven months after the COVID vaccine rollout, patterns in supply and demand for the coronavirus vaccine have flipped in Frederick County and across the rest of the country. Last week, 885 people in the county got their first dose, compared to 10,655 during the rollout’s peak the week of March 21.

The stakes for enhancing the vaccination program’s reach are high. The more times a virus spreads, the more opportunities it has to alter its genetic makeup and become more easily transmissible and more likely to cause severe illness, Brookmyer explained.

The Delta variant of the virus perfectly exemplifies this trend. First identified in India, the variant became the dominant strain in the U.S. last week, according to data from the U.S. Centers for Disease Control and Prevention. Research indicates it is anywhere from 40 to 60 percent more contagious than the Alpha variant and 225 percent more transmissible than the original strain of the virus.

Brookmyer said she anticipates the Delta variant will eventually become the predominant strain in the community — if it isn’t eventually overtaken by another variant.

“Maybe it’ll end with this variant,” she said, “but probably not.”

It’s not over yet

Since the novel coronavirus emerged in the U.S., medical professionals have improved their techniques for treating the disease, Brookmyer said. Public health experts also now understand how incredibly effective face coverings are at reducing the spread of the virus and the importance of ventilation and social distancing.

“The next part that’s concerning for us is being able to identify when the risk is increasing and figuring out that balance of which protective measures will be utilized when there is a recommendation to do so versus needing to require it,” she said.

The health department’s ultimate goal is to keep transmission of the disease at a level that doesn’t lead to the capacity of Frederick Health Hospital becoming compromised, Brookmyer said, which was everyone’s biggest concern when the pandemic began.

During the early months of the pandemic, the hospital had to postpone elective procedures — something Brookmyer doesn’t want to happen again. At that point, child immunizations, cancer screening and removal and other crucial procedures were put on hold.

Though the pandemic brought much suffering to the Frederick community, it also created opportunities for growth for the county’s health department. During the past year and a half, the department has bolstered outreach in remote areas of the county by holding testing and vaccine clinics in smaller towns like Thurmont and Emmitsburg.

Brookmyer credits Danielle Haskin, manager for the county’s testing program, for strengthening the health department’s relationships with community-based organizations and houses of worship in these areas. She said she hopes to maintain these relationships in the future and use the partnerships to continue providing services to people who live outside of Frederick so that they don’t have to make the trip to the health department’s headquarters on Montevue Lane.

Another bright spot that developed during the past year and a half was a spike in awareness for just how fragile many people’s safety nets are, Brookmyer said. The pandemic sparked a widespread understanding for what public health experts call the “social determinants of health” — how a person’s health is deeply intertwined with their housing stability, food security, education attainment and other aspects of their life.

Now, public health and medical professionals aren’t the only ones talking about this relationship.

“It’s an exciting time,” Brookmyer said. “I’m hopeful that that interest and energy can be channeled in a way to make effective change.”

“The next part that’s concerning for us is being able to identify when the risk is increasing and figuring out that balance of which protective measures will be utilized when there is a recommendation to do so versus needing to require it,” — Dr. Barbara Brookmyer

Hey mods why in the world are you allowing Art and Barry to post misinformation? You are part of the problem FNP...remove their posts...ASAP I have reported them but it's up to you to remove their crap...

At this point, virtually every Covid death is preventable. Those who promulgate misinformation bear responsibility.

The question is Why "art" would post something like this? It encourages skepticism of the only tools we have to get back to normal business, worship, education, and entertainment. Why choose bogus numbers when trials and surveillance around the world are laser focused to discover real, and exceedingly rare, vaccine side effects? Why?

Know that on this site you also find: ‘“The Vaccine Adverse Event Reporting System (VAERS) database contains information on unverified reports of adverse events (illnesses, health problems and/or symptoms) following immunization with US-licensed vaccines. Reports are accepted from anyone and can be submitted electronically at www.vaers.hhs.gov.”’

"The Premonition" by Michael Lewis tells how President Bush (43) drove the creation of a national plan for managing pandemics in the absence of a vaccine. And how following the advice of public health officers like Dr. Brookmyer is most critical at the earliest stages of the pandemic, while scientists figure out, for example, whether people can spread the disease before they are sick themselves. Thank you Dr. Brookmyer and Governor Hogan. The CDC and President Trump, not so much.

The appreciation I have for our public health apparatus in our community is so much enhanced since COVID. I thank all people involved. Toast to all.