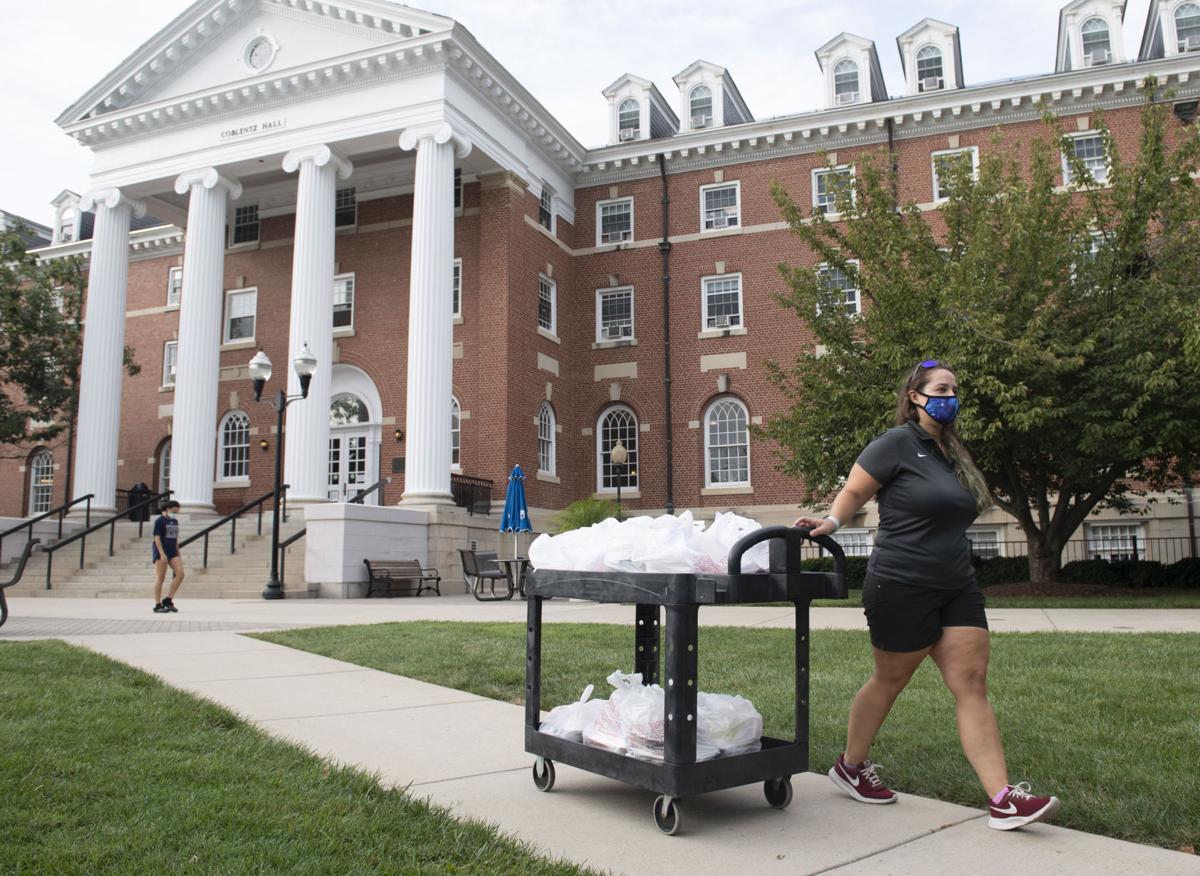 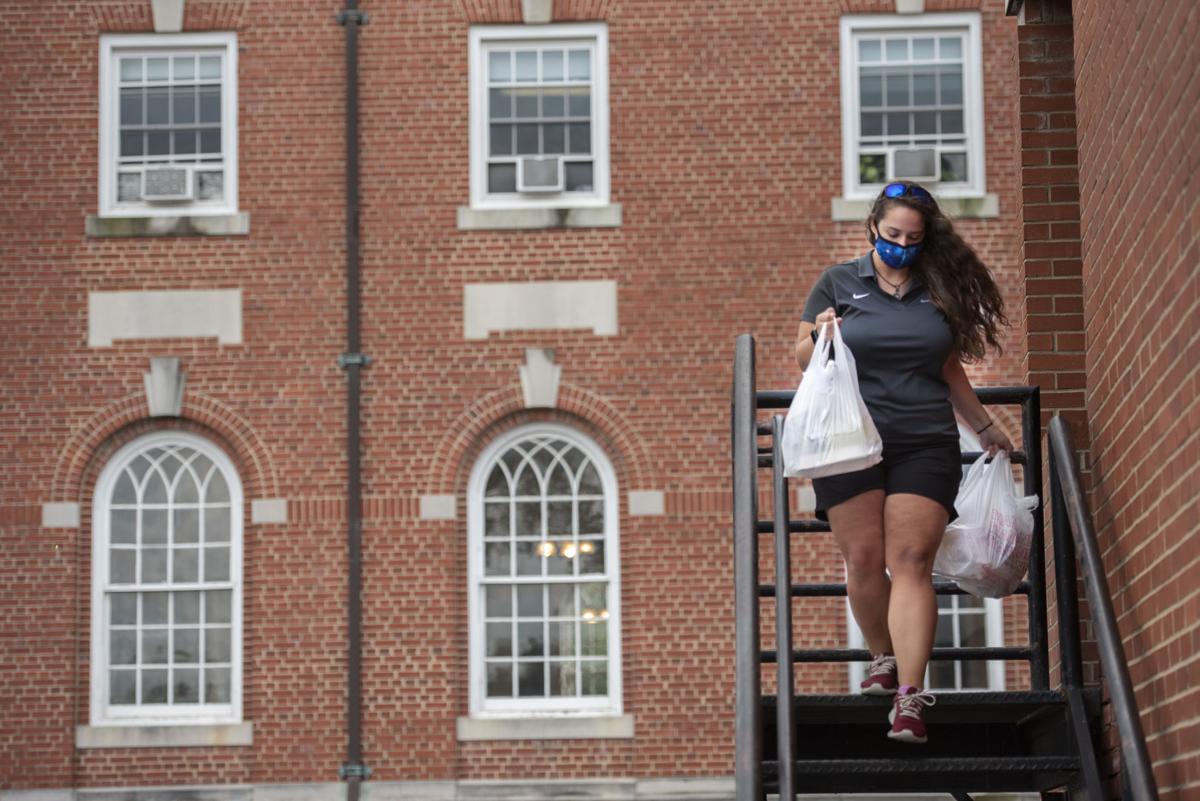 Zandra Martellaro, an assistant athletic trainer and Blazer Support team member at Hood College, carries packages of food from the Coblentz Dining Hall to a cart Thursday evening to be delivered to students in quarantine.

Zandra Martellaro, an assistant athletic trainer and Blazer Support team member at Hood College, carries packages of food from the Coblentz Dining Hall to a cart Thursday evening to be delivered to students in quarantine.

Hood College has resumed operations after a student tested positive for COVID-19 late last week, which sent the entire campus into a shelter-in-place mode for 72 hours.

The college issued the shelter-in-place edict Sunday night and required all students to stay in their rooms until 7 a.m. Thursday. During that time, classes were held online, and students were only allowed to leave residence halls to obtain meals from the dining hall.

Through contact tracing, done by employees and students, the college identified eight positive cases in total and quarantined 22 individuals, according to Laurie Ward, vice president for Marketing and Communications at Hood.

The individuals will stay in quarantine for at least 14 days, and their symptoms will continue to be monitored. So far, no one has had to be hospitalized.

The students who are in isolation are being supported by a team of Hood employees called the Blazer Support Team.

The team does daily check-ins on the quarantined students, making sure they are OK both physically and mentally and delivers their meals. The Health Services team on campus checks in on the students to monitor symptoms and provide a professional medical set of eyes.

Ward said the team was created to make sure students had everything they need while in isolation.

“As we were writing the plan to reopen, we talked about...what sort of things would we need to remind [students] to bring with them, what sort of things would we need to have on hand in those spaces, and [the team], it was just an extension of that,” Ward said. “[Students] would need meals delivered; they would need mental health contact with other people because they are isolated.”

About 15 Hood College employees make up the Blazer Support Team. Ward said they were incredibly busy this last week dealing with this first bubble of cases on campus.

The contact tracers are what really helped contain the spread, she said.

A number of Hood employees and six senior nursing students have all been certified through Johns Hopkins University to conduct contact tracing.

“That was a huge help, it very quickly contained and identified students,” Ward said. “We were probably overly-cautious but we quarantined or isolated students who the CDC probably would have said they don’t have to be.”

Ward said working through the first bunch of cases showed that more contact tracers are needed. The college is now working to get more people certified.

When asked how large an on-campus outbreak would have to be for the college to shut down, Ward said there isn’t a specific number. The college would determine if a shutdown was necessary based on a variety of factors.

Ward said this first bubble of cases was expected and that it’s a good reminder.

“It’s reminding everyone to be careful, to follow the protocol. We certainly expected it, and we were prepared for it really in every way,” she said. “We still think we can make it to the end of the semester on campus.”