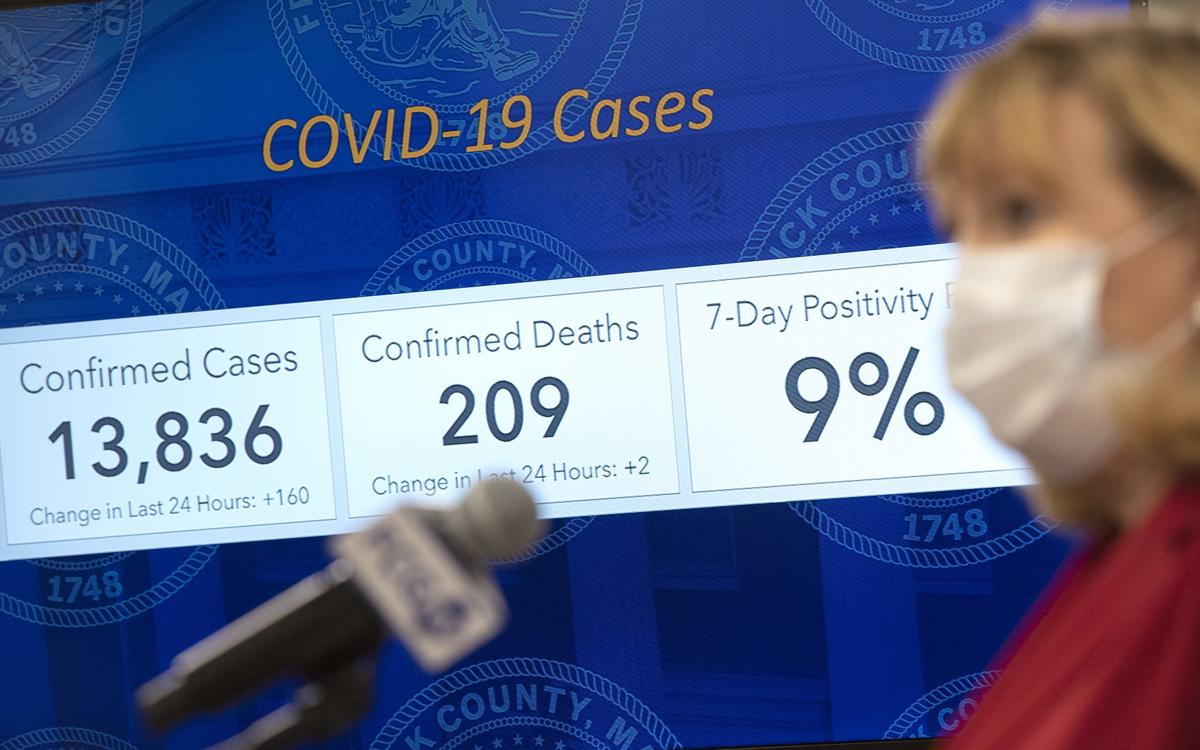 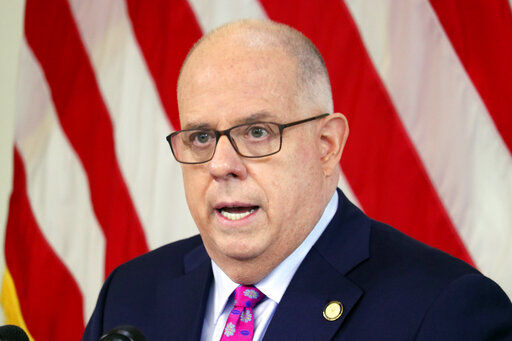 Gov. Larry Hogan accelerated Maryland’s COVID-19 vaccine rollout Thursday, saying the state will move into the next two phases of the distribution process within two weeks.

On Monday, Maryland will move into Phase 1B of the rollout, which will make anyone 75 or older, anyone of any age living in assisted living, group homes or other congregate facilities, as well as K-12 teachers, support staff and child care providers eligible to get the vaccine.

The following week, on Jan. 25, the state will move into Phase 1C, which will allow anyone 65-74 to get it, as well as essential workers, including grocery store, public transit, agriculture production and manufacturing employees.

Hogan also activated Part B of the federal partnership with CVS and Walgreens, which will now expand its vaccination efforts to include all assisted living and other long-term care facilities.

At an evening news conference from the statehouse, Rona Kramer, the secretary for Maryland’s Department of Aging, said, “With this shift, vaccinations will now be available for essentially all of Maryland’s most vulnerable populations.”

News of the expanded rollout came on the day that Maryland reported nearly 3,000 (2,948) new COVID-19 infections, bringing the overall number of confirmed cases to 317,815 since the start of the pandemic.

In Frederick County, there are 13,836 confirmed cases, an increase of 160 from the previous day.

At her news conference earlier in the day, County Executive Jan Gardner (D) blamed the spike of new cases and hospitalizations on family gatherings and travel over the holidays.

Gardner said that warnings to avoid travel and stay away from large groups and gatherings were not heeded by enough people.

“I really need people to make good choices here so we can reduce the number of new cases we are seeing and reduce the impact on our hospital, which is very full,” she said.

At Frederick Health Hospital, health care workers have been treating more than 60 patients for COVID-19 since Sunday, including an all-time high of 69 on Monday. More than half of its 19-bed intensive-care unit was taken up by coronavirus patients Wednesday.

The county has averaged just more than 181 new cases per day since the start of the year, according to data provided by the county health department.

On Thursday, there were two more local deaths attributed to COVID-19, bringing the overall number to 209. The overall number of coronavirus deaths in the county has risen by 27 percent over the past month.

Gardner urged all Frederick County residents to abide by what she called the three Ws: Wash your hands. Wear a mask. Watch your distance.

Elected leaders and public health officials have been warning that it will take months before all of Maryland’s 6 million residents who want the vaccine will be able to get it.

At the evening news conference, Hogan said Maryland has received more than 560,000 doses of vaccine from the federal government.

But only 178,415 of them had been administered so far, according to the state’s online vaccine dashboard, in Phase 1A of the rollout, which includes first responders and licensed health care providers, as well as the staff and residents of nursing homes. That’s about 500,000 people, according to state data.

Both Hogan and Gardner were adamant that doses were not being withheld in order to ensure that people can receive their second shot within the prescribed timeframe.

“What we are getting is being put into people’s arms in the same week,” Gardner said.

Gardner said the county health department has received 5,800 doses of COVID-19 from the federal government so far through Operation Warp Speed and that Frederick Health Hospital has received another 4,125.

Some of the doses that have been received are specifically allocated for the second shot that people need to get to become fully inoculated.

In its most recent shipment, the county health department received 2,000 doses this week from the federal government of the vaccine from drug manufacturer Moderna.

Of those doses, 100 were specifically earmarked as second-dose shots, according to Dr. Barbara Brookmyer, the county health officer. That would align perfectly with the size of the first vaccine shipment the county health department received in late December.

The second-dose shots will be administered in accordance to the one-month time frame for the Moderna vaccine.

“We are not holding back for second doses,” Brookmyer said.

Gardner hopes vaccine production will soon ramp up and the county can bank on “a regular, predictable flow” of shipments so they can quickly and easily set up appointments for people.

However, she cautioned that it will be months before everyone in the county who wants the vaccine can get it, and she urged patience as the county moves through the rollout process set up by the state.

Brookmyer noted that people have been showing up unscheduled at vaccination sites in the county demanding they receive a shot, which is causing disruptions in the process.

All vaccinations currently require an appointment.

Gardner said the county is prepared to move into the next phase of the rollout now that Hogan has given the go-ahead.

“We are ready. We do have a plan in the county. We are ready to execute that plan,” Gardner said.

Frederick County concerned about vaccine supply for next phases

With the COVID-19 vaccination rollout set to accelerate, the Frederick County Health Department expressed concern Friday that the vaccine supp…

Did she read that in the Washington Post or watch it reported on CNN?

The County has a Web site with some of this on it.

What an immature statement mgoose...

Mgoose806, Have you been following the Frederick web site?

Although Jan Gardner's observations are spot on, the authorities' timid response to the anti-mask crowd has crippled the attempt to resist the pandemic. Even today, in the midst of this exploding spike in cases, I visited a business in Washington County where none of the employees were wearing masks and only 75% of the patrons were. I understand why our leaders don't want to be accused of "heavy handed enforcement", but in the midst of this deadly health crisis, mask wearing should be mandatory. There should be heavy fines for non -compliance and businesses that refuse to follow the guidelines should have their business licenses revoked. Bob Lewis

But Cap'n I'm doing all I can. We only have impulse engines. It will be months before we will have warp drive online.

Well, we know who the deniers are. They don’t believe truth, they only believe lies from hizzoners mouth. For instance, he said he won the 2020 presidential election by a landslide, they believe him. You can’t fix stupid.

And there's plenty of comments from right wingers proving you right, phy.[thumbup]

Don't worry, Quid Pro Joe the plagiarizer has an innovative five-part plan to address the pandemic:

Vaccinate as many people as possible.

All part of his 100 Day Miracle Cure Plan to fix everything.

Is this supposed to be a joke? A criticism? Do you have a problem with taking these steps?

Because your Dear Leader Trump has been so effective.

Glad to see that you recognize a plan of action, Bosco even after 4 years of your worship of the man with no plan for anything, DJT. Your guy is a disgrace and the sooner folks realize that, the sooner we can begin healing. Your stance about how to deal with the virus has been consistent regarding masks, etc. Do you want to see the plan fail now that your seditious leader has been impeached for a second time?

Bosco - your inability to refrain from pushing buttons, denigrate responses to the pandemic coming from President-elect Biden, refusal to accept that your support of Trump and his actions helped create this and your recent attempts to distance yourself from past comments really is futile. Peace.

Bosco, you wouldn’t be dishing the Biden administration not to obtaining their objectives, for the betterment of the country? Only to argue the Trump administration was better? You wouldn’t want that. That’s divisive. Right?

Mexico didn’t pay for “The Wall” . No wall was built from “Shore to Shore”, but a huge wall around the Capitol was accomplished and even a huger wall of divisiveness has been risen in the country, thanks to Trumpism.

Nonsense, Trump has no plan. He's more interested in playing golf and giving pardons to convicted criminals or awards to idiots like Jim Jordan. Blind faith is your go to.