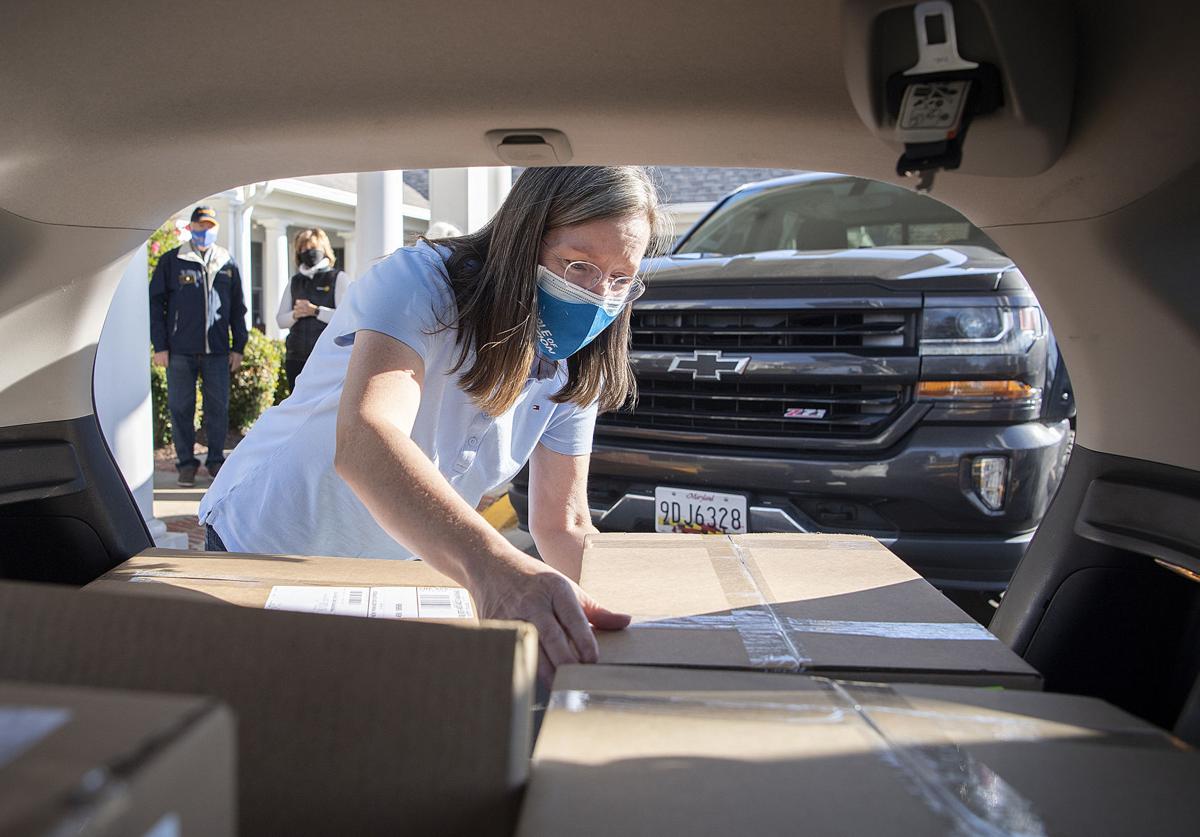 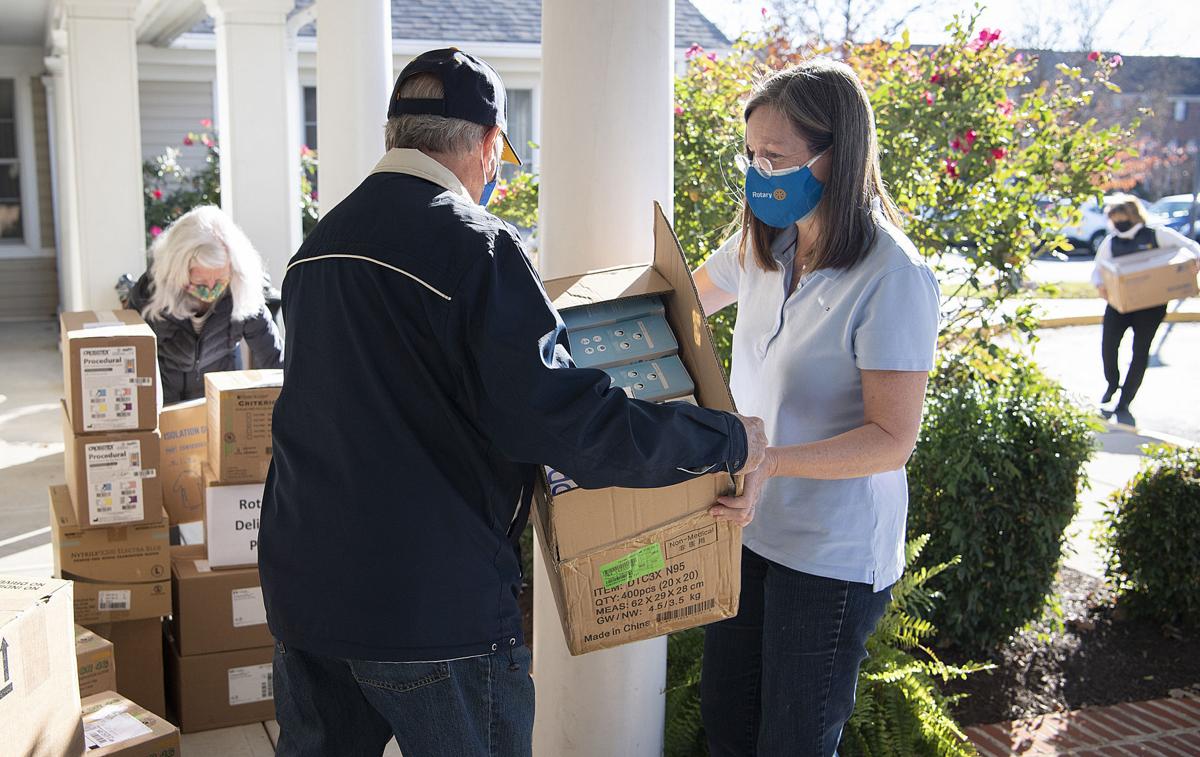 Gerri Berman, treasurer of the Rotary Club of Southern Frederick, and other members unload boxes of of personal protective equipment (PPE) at HeartFields Assisted Living Facility in Frederick Saturday afternoon. Members from four different Frederick County Rotary Clubs joined together Saturday afternoon to deliver two carloads to the facility as part of a countywide project.

Gerri Berman, treasurer of the Rotary Club of Southern Frederick, and other members unload boxes of of personal protective equipment (PPE) at HeartFields Assisted Living Facility in Frederick Saturday afternoon. Members from four different Frederick County Rotary Clubs joined together Saturday afternoon to deliver two carloads to the facility as part of a countywide project.

Gerri Berman, treasurer of the Rotary Club of Southern Frederick, decided to lead the project to get assisted living facilities PPE after hearing that many struggled to get adequate supplies from the Frederick County Stockpile Personnel.

“The county stock piles are just an amazing resource,” Berman said. “What they told us is that the assisted living facilities were just always second in line to the full on nursing homes [to get PPE].”

So a service organization, it made sense to do something to help through Rotary, Berman thought.

After striking partnerships with Global Aid USA and local orthodontist John Moles who could order the PPE, the Rotary Club of Southern Frederick started reaching out to other clubs to see if they wanted to join in on the project.

“And every county had clubs that felt the way we did,” Berman said. “We’re not disaster aid specialists, but we wanted to do something.”

The eight participating clubs helped gather $20,000 in funding to start. Then, Rotary District 7620 (Central Maryland and the District of Columbia) gave them a $15,000 grant. And finally, Rotary Club International gave them a $22,000 grant.

With that money, they are able to distribute PPE to 28 facilities in Montgomery, Howard, Anne Arundel and Frederick counties. About half of those deliveries have been completed so far. The PPE included gowns, gloves, N95 masks, surgical masks, face shields and eye protection, totaling 50,000 items.

The process of receiving and moving all the PPE was hard work, said Tom Seymour, president of the Rotary Club of Southern Frederick. After members would pick up the supplies from either Dr. Moles or Global Aid USA, they would then take the boxes out of their pallets and move them into Berman’s house.

Her living room was taken over by the boxes for a few weeks, she said. But it’s worth it to be able to bring the supplies to facilities that need it.

Jesse Johnson, maintenance director at HeartFields, said the facility has only been able to order one box of PPE at a time from their distributor.

“So this is huge for us,” Johnson said. “We can’t the more thankful.”

There should be something loud and blaring going of that in the "richest" country on the planet, that we need to have out medical supplies augmented by charity. That, ladies and gentlemen, is a failure in leadership from the top on down.