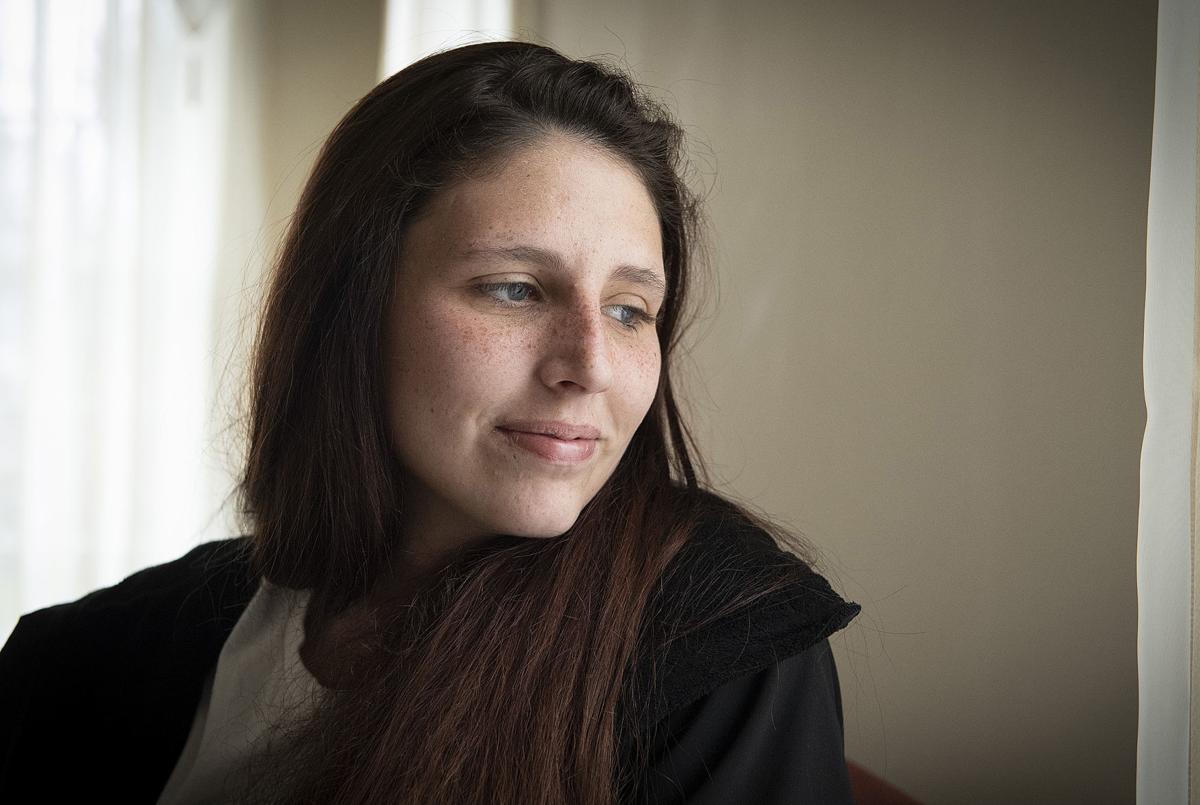 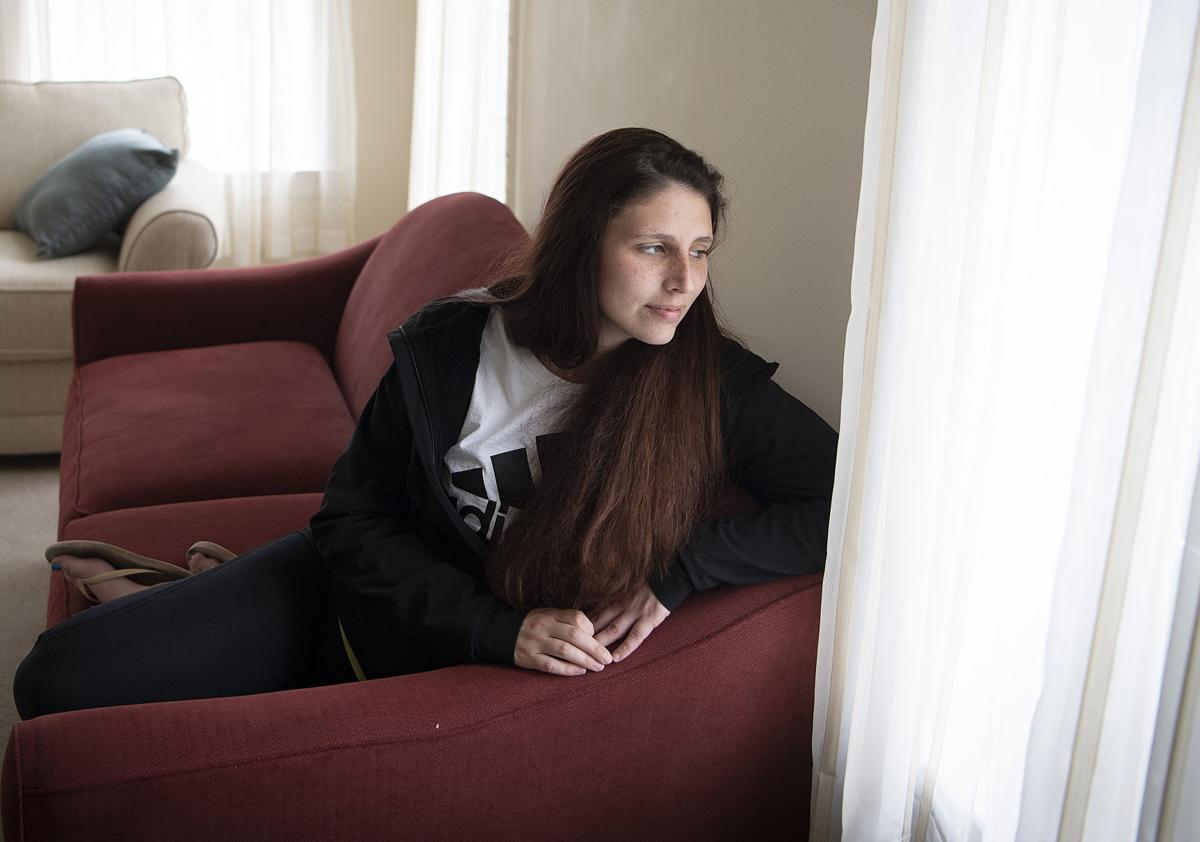 But there was no gathering and no celebration in the wake of COVID-19.

Angel, whose last name will not be published due to safety concerns, is currently the house leader at one of Solid Ground Recovery’s houses in Frederick. She believes that fallout from the new coronavirus could and will have a detrimental impact on people in recovery.

“A lot of addicts are going to die,” she said frankly. “Without a network, you’re going to fall pretty quick.”

Difficulties don’t just stem from meeting places like churches and libraries being closed for the public’s health, but also from less access to support and an abundance of boredom.

This is all coupled with potential job loss, minimal scheduled court appearances and the reality that some people in recovery do not have access to cellphones where they might otherwise have been able to attend virtual meetings or tele-meetings.

“It has affected us as far as our recovery goes,” Angel said of COVID-19. “So the 12 steps, obviously churches are closing down. A lot of buildings are closing down, so we are now separated from those people.”

Networking has come to a halt for Angel, who is new to the area.

“Person-to-person contact, you know that’s a big thing in fellowship. The hugging and the community and the unity and we don’t really have that,” she said, adding that she and the other residents of the house have more resources available than other people who may not be in a recovery house.

“We are very fortunate to be surrounded by other people like us,” she said. “We do put in place in-house meetings.”

But it's difficult, she said.

“They do say you know it’s going to be you and your God, like your higher power, at one point and that’s pretty much what’s going on,” Angel said.

Sean Nicholson, owner of Solid Ground Recovery, said the program runs four houses in the city limits of Frederick, and serves about 50 people through that.

“From my perspective, and I again have spoken with some community leaders, some health department officials and some people in the treatment community—the clinical part of it,” he said. “Nobody really has any good answers.”

There are about 12 sober living environments in Frederick that serve over 125 people who have been impacted as well, Nicholson said.

Nicholson said COVID-19 was not expected and the recovery community is behind in dealing with it.

“When you’re dealing with people in recovery, especially early on, it’s very hard for them to make good decisions at all times,” he said. “We’re not going to stop helping people.”

It won’t be easy, and Nicholson said a discussion needs to happen on a local level.

“How are we going to support these homes somehow, someway with either resources, financially or clinically or physically with food if this thing gets drawn out the way it seems like it might,” he said.

Nicholson also said people who are in recovery homes, participating in programs or inpatient treatment may not be as informed about or aware of the COVID-19 situation.

“We set a lot of measures, a lot of precautions, a lot of protocol and procedures in place to try to protect the residents at our houses,” he said.

These measures include providing each house with a thermometer and relaying information to house leaders about COVID-19, its symptoms and what to do if someone in the house has those symptoms.

Arnold Farlow, executive director of Frederick Rescue Mission, said the Mission is still doing their recovery curriculum and hours with some adjustments.

First, they’re not allowing those participating residential programs, some of which are recovery programs, to go off campus. And although many people, volunteers and outside staff, typically visit the campus to teach, mentor and train, that has stopped for the time being.

But, Nicholson said, one of the most important things is keeping people sober and clean.

“Because of the vulnerable population that we’re talking about, and obviously I myself am four and a half years clean and sober so I’m right there with these people in the trenches and my local resources … have become minimal and my life has changed and so that is the ultimate bottom line … how are we going to keep these people sober,” Nicholson said.

He said state and local treatment providers are having trouble placing people because some organizations or sober houses have stopped taking clients to keep residents safe.

“If people in early recovery start losing the resources and the needs that they have to have to maintain their sobriety, more people will die quicker than any virus,” he said.

“That one addict that wants help and these restrictions are in place and they’re not going to be able to get the help, I think that’s my biggest concern,” she said.

Boredom and isolation can be difficult for people in recovery.

“We’re in our heads a lot,” she said. “Thinking is like our worst enemy sometimes.”

And already, she’s seen on Facebook that other people experiencing addiction have died in the Frederick, Baltimore, Annapolis or D.C. area.

“I think this also brings a lot of unity to sober living homes right now,” she said. “It is very difficult but you know, that unity is a big thing. It really is.”

For people with phones or computer access, Farlow said that he’s heard from other recovery program leaders in the area that some people are shifting to online recovery classes and sessions, even though it’s not the same as face-to-face contact.

Speaking about why regular meetings and the presence of a support system are important for people who may be feeling fear and anxiety in addition to addiction, Farlow said that recovery is not an individual endeavour.

“It’s group therapy, if you will,” he said. “You’re not alone in fighting this battle … Those same principles really come into play right now.”

Farlow said, “the powerful and the weak, those with much and those with little” are all facing the same restrictions when it comes to COVID-19.

Participating in online classes and interaction can show people, “hey, we’re all in this together,” he said.

If you didn't give her last name for safety reasons why on earth would you post a picture of her?

I can only hope that it will be more difficult to buy drugs from illegal sources in the near future. We will see how resilient their suppliers are now.

It won’t. All we do with the approach we have now is empower the gray & black markets. If results is what you want, look into the Portuguese solution. There was a time when Portugal lead Europe in substance abuse & the associated metrics. They decriminalized everything & now they have the lowest rates of substance abuse in all of Europe. The solution is plain as day, yet we lack courage to admit the way we’ve been doing things has been all wrong.