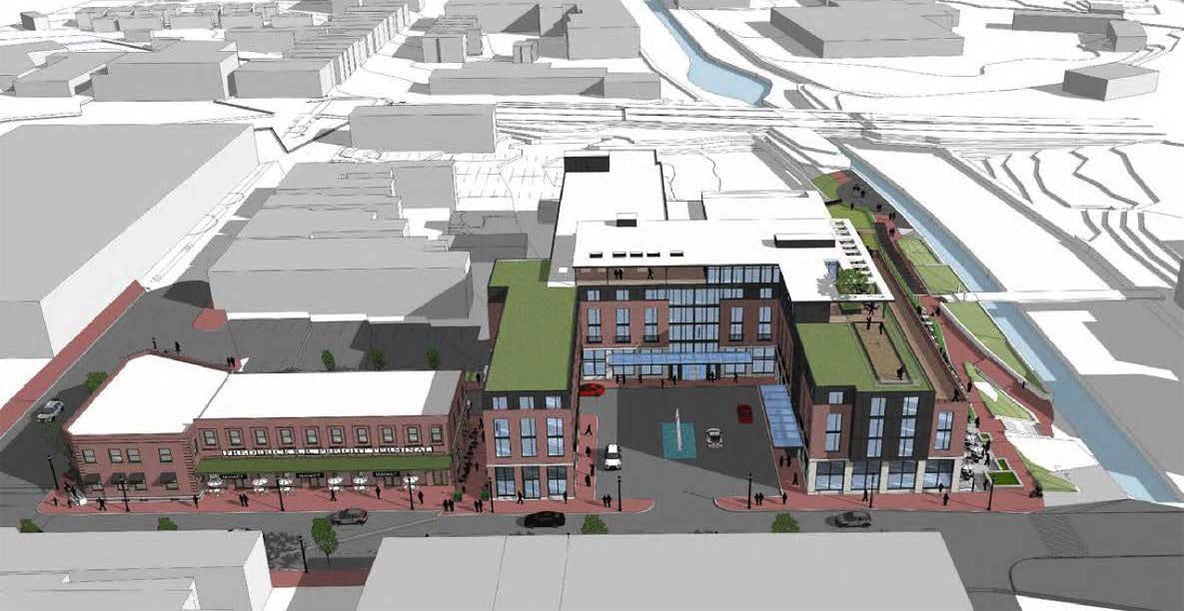 The latest design for the proposed downtown Frederick hotel and conference center. 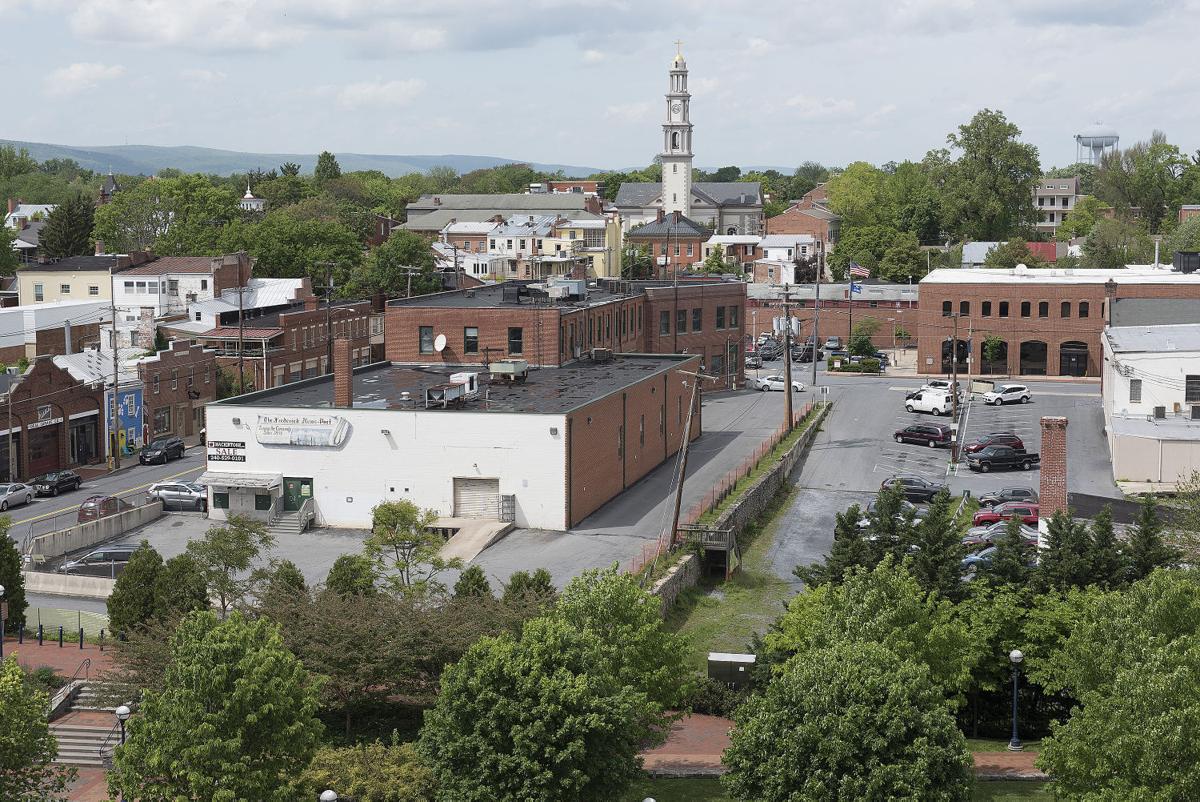 A bird’s-eye view of the former Frederick News-Post building on East Patrick Street as seen looking north from the top of the All Saints Street parking deck.

The latest design for the proposed downtown Frederick hotel and conference center.

A bird’s-eye view of the former Frederick News-Post building on East Patrick Street as seen looking north from the top of the All Saints Street parking deck.

A chunk of state grant funding originally slated for Frederick’s proposed downtown hotel and conference center is going back to the agency it came from after a deadline passed to spend it.

In April 2014, the city announced that it was set to receive a $350,000 Smart Growth Impact Fund program award as part of the state’s PlanMaryland strategy to accelerate economic revitalization through coordinated investment of public resources and private investment. The Department of Housing and Community Development administers the grants and the city has received several for the hotel project.

The grant was for land acquisition and development of the project and city officials had a set amount of time to spend it. Richard Griffin, the city’s director of economic development, said Thursday the deadline has passed to spend the money and that it is no longer part of the project budget.

“We never received any of those dollars,” he said. “It was [an] FY 2014 grant. If you don’t spend it by a certain time you lose it, and the deadline has passed.”

Griffin added that developing the project has taken longer than officials originally planned and officials are moving on without that money in the budget.

“In our budgeting we anticipated the fact that this grant was coming to an end,” he said. “We made adjustments to address that. ... The process is taking a little longer than expected.”

In January 2016, the city received an additional $500,000 from the department’s Smart Growth Impact Fund for the project.

The most recent one-page flier about the project indicates the city planned to steer an estimated $850,000 from the Department of Housing and Community Development to the project.

The department decided not to extend the city’s deadline after reviewing the large demand for smart growth funds by programs that could use the money right away.

"You can't expect to keep that stuff forever," Griffin said. "There are plenty of other counties in the state who have needs for that money."

He added that the city is not set to lose any other grant funds for this project in the near future.

Developers Plamondon Hospitality Partners are still working with city, county and state partners to develop a multimillion-dollar four-story, 180-room hotel and 20,000-square-foot conference center at 200-212 E. Patrick St. The plans include improved access from East Patrick Street, complete rehabilitation of the former Frederick News-Post building and demolition of the historic Birely Tannery building at the rear of the property.

Designers and architects revealed the project design in May and are working with the city’s Historic Preservation Commission to determine how to best preserve the historic elements of the site. Commissioners held a workshop Thursday and are set to hold another next week on the project plans and request to demolish the tannery building. They anticipate a vote sometime in the weeks after on whether to approve the demolition request.

Why are public funds even part of the equation? Find a developer who can fund this questionable project privately and assume ALL of the risk.

No biggie. All he Plamandoon Brothers gotta do is make a GoFundMe page, and the money will pour in

I elect people and do not expect all that much. But they do need to pay attention and if necessary take action or even ask for a delay. This is not a reasonable lapse. It indicates a lack of serious purpose.

This whole thing is a joke

After your fear of bed bugs comments, I dan see your point of view. However, our down town business people are serious and earn a living. They deserve all the help we can give them.

They already got an extension, couldn't get another. They couldn't spend the money because project has been delayed for many reasons. Opposition to hotel is one.

I can understand being against project, presenting reasons to fight it, and accepting the final decision. However, there is little value to delay a project until it dies.

Uh gary, the value would be it dies.

Everyone said they support it.

Shush, you'll take away one of his 4 talking points.

This is good news; NO taxpayer money should be used to enrich individual families, in this case $31 Million of our dollars is in play with zero return for the taxpayers and a big payoff to Plamondon and Randall....shameful that our elected officials think this makes sense while thousands of our school kids are being taught in trailer parks...what happened to integrity ???

Yes big payoff for those wealthy people. I do not buy the argument that we citizens will get a "return for the money". I still say if they get funding why not me when I want to build a house, instead I will pay tens of thousands in fees. I am not suggesting that individuals get gov. support, just as I do not think that millionaires and billionaires should.

Ugly building. Not a single tree planned for the entire development site. Is it so hard for someone to design a beautiful building for Frederick?

There are some trees in the picture.

Hotel continuing to be a boondoggle!

the old saying you snooze you lose the politicians cannot agree on the issues,we do not need that hotel in downtown Frederick any way.

Build it. What city politician is against this? lol...

Think the Hysteric Anti-growth Commission has any money to replace that $350,000, or just more obstructionist tactics until the developers move on with their money to Montgomery or Washington County?

Yet another example of the fine leadership of the bagel shop magnate.

I am not voting for Randy, but this is not his fault and not that big of a deal.

I like Randy. And have never seen any substantial reasons for this opposition.