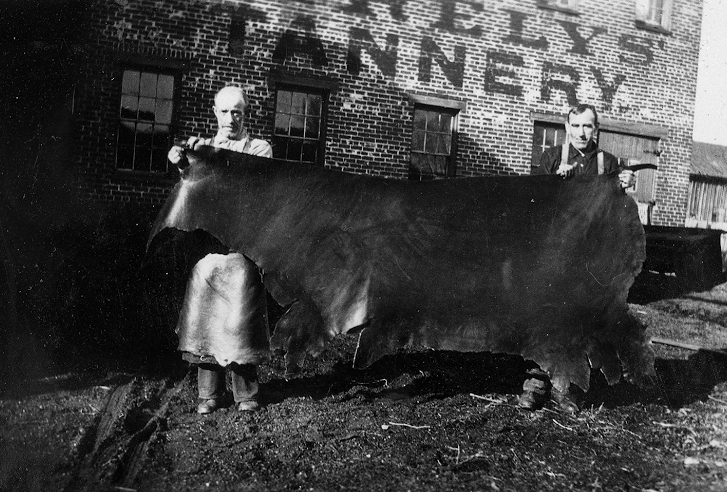 Workers show a finished product at the Birely Tannery. The tannery existed in the 18th and 19th centuries. At peak production in the early to mid-19th century, several tanneries in Frederick produced approximately 100,000 finished hides per year. 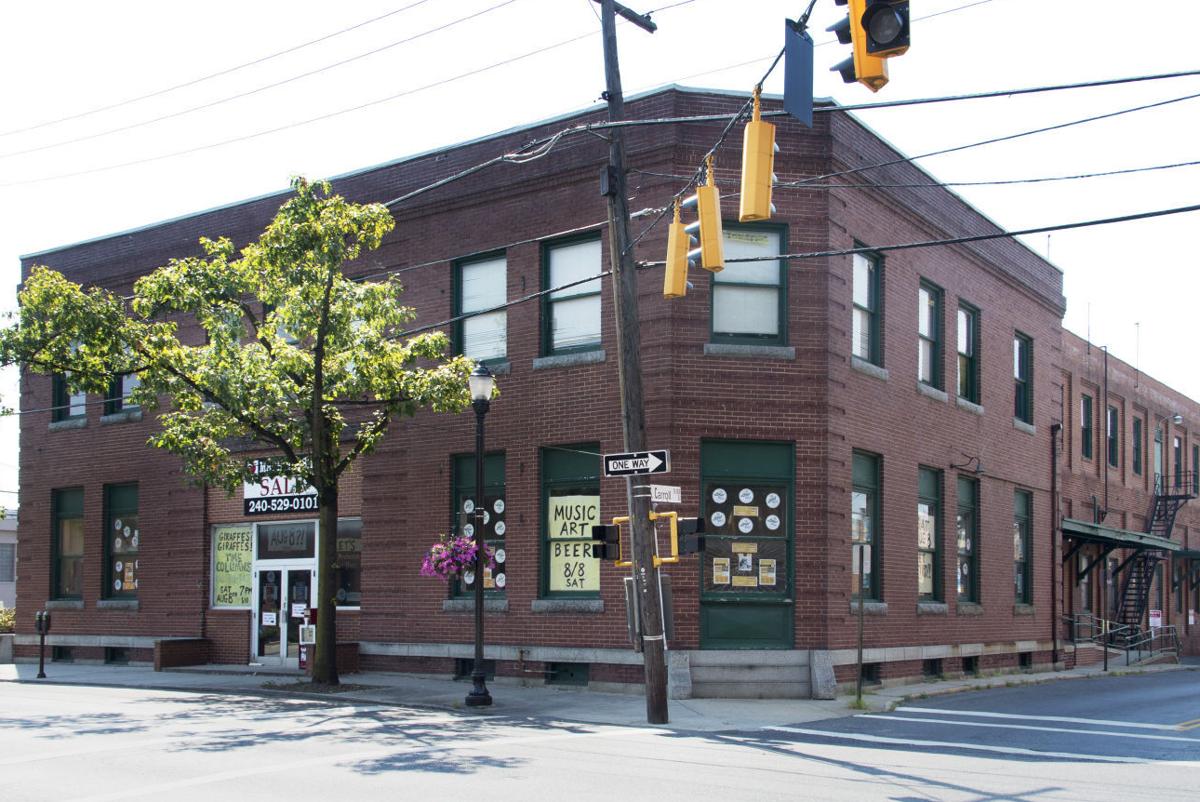 The former Frederick News-Post building will need approval from the Historic Preservation Commission before it can become a hotel and conference center. 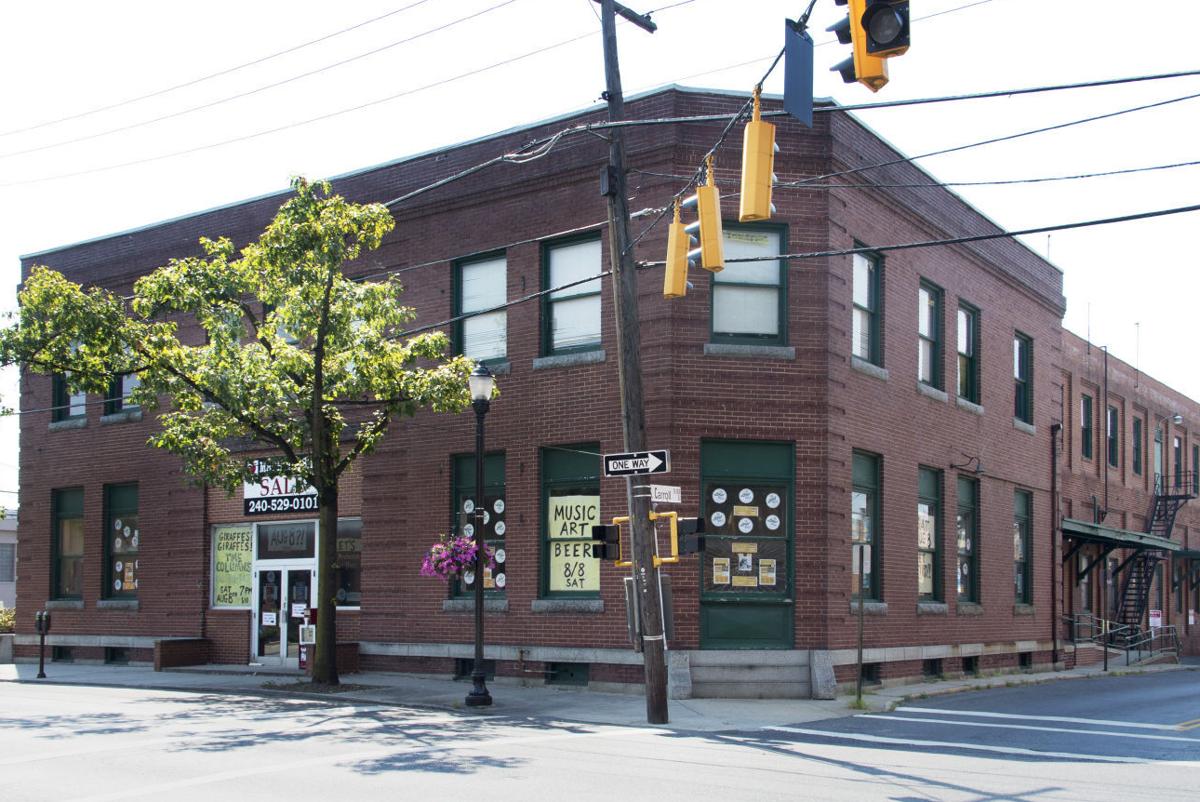 The former Frederick News-Post building is the proposed future site of the downtown hotel and conference center.

Workers show a finished product at the Birely Tannery. The tannery existed in the 18th and 19th centuries. At peak production in the early to mid-19th century, several tanneries in Frederick produced approximately 100,000 finished hides per year.

The former Frederick News-Post building will need approval from the Historic Preservation Commission before it can become a hotel and conference center.

The former Frederick News-Post building is the proposed future site of the downtown hotel and conference center.

The parties behind Frederick’s proposed downtown hotel and conference center are forging ahead with research and applications related to historic preservation.

Preservation consultants with the project developer, Plamondon Hospitality Partners, detailed their research on the two historic buildings on the East Patrick Street site in a special presentation before the city Historic Preservation Commission on Thursday. The presentation marked the start to what Kara Norman, director of the Downtown Frederick Partnership and historic preservation liaison for the project, called a “long discussion” about how the history of the site will be incorporated into the design of the $82.47 million hotel and conference center and accompanying infrastructure.

Review of the property’s historical significance will focus specifically on two structures — the trolley building facing South Carroll Street and the small white tannery building at the back of 212 E. Patrick St.

Since both buildings are part of the Frederick Town Historic District, demolition of either of them requires HPC approval. New construction must meet design standards for the historic district as well.

The state funding allocated for the project — including grants from the Maryland Department of Planning Smart Growth program — also necessitates review from the Maryland Historical Trust to determine potential eligibility for the National Register for Historic Places.

The initial design Plamondon submitted in response to the city’s request for proposals for the project incorporated the historic portion of the trolley building, but nothing from the tannery.

The final design plans will likely change, however. Pete Plamondon Jr., co-president of Plamondon Hospitality Partners, said the previously published design renderings were preliminary at best, “not a final design by any stretch of the imagination.”

The final design largely depends on the findings of the Maryland Historical Trust as well as the HPC’s decision on whether it contributes to the downtown historic district.

As Norman noted, the two processes are independent of each other — one group can recognize the historical significance of either or both buildings while the other may decide differently.

The state process has already begun, according to Donald Kann, president of Kann Partners, the consultant retained by Plamondon to research and facilitate applications related to historic preservation. Once he and his team finish researching the Birely Tannery and Frederick RR Freight Terminal buildings, that information will be submitted to the state for review.

It may be several months before a formal application is submitted to the HPC, Kann said.

He and his team were “well into the process” of gathering information about the history of each building, he said. He added, however, that more investigation was needed, particularly regarding the 19th-century tannery, for which little information is available.

Key questions for research into the creek-side tannery building include its significance as part of a once-booming tanning industry in Frederick — what Kann called the “context” — as well as its physical condition.

The building’s current state is a far cry from its original, multistructure incarnation at the peak of tanning operations in the late 1800s, according to research presented by Mimi Giguere, director of historic preservation for Kann Partners.

With research still ongoing, Kann declined to comment on his firm’s recommendation for historical significance of either building.

“Clearly, both [buildings] have been compromised dramatically,” he said. “Whether that’s enough to establish conclusively that they’re contributing, that’s what we’re working toward.”

Members of the group have taken to social media and attended previous public hearings to voice opposition to the downtown hotel project, naming lack of reuse of the tannery as one of their concerns.

Scott Winnette, chairman of the HPC, also highlighted the value of the building on Thursday. It is the only structure still remaining from the host of tanneries that once populated the creek in downtown Frederick.

“To me, that’s significant,” he said.

“It definitely tells an interesting story, an important story,” she said of the building. “For me, integrity is the real question. ... How does it relate to what’s there now?”

“The goal of this is to have frequent briefings and updates ... to be as transparent as possible,” Norman said.

Preservationists, including Winnette and Anthony Moscato, chairman of the Frederick Preservation Trust, criticized parties involved in the project previously for failure to involve the local historic preservation contingent sooner. Moscato and Winnette are married.

But Norman explained that the lack of outreach previously was because of project organizers’ focus on securing a memorandum of understanding between Plamondon and the city.

It was only after that agreement outlining the relationship between the two groups was signed in December that focus could shift to historic preservation, Norman said.

Moscato said he appreciated being included in the preservation process now, but maintained that local experts and advocates should have been involved sooner.

“You kind of feel like the ball is rolling now, so we’re reacting to it instead of having the chance to be proactive,” he said in an interview after the meeting.

The project calls for a combination of public and private funding to cover the $82.47 million cost for a 200-room hotel with 24,000 square feet of conference center space with on-site parking, infrastructure improvements and a sixth city parking deck at the site of the old Frederick News-Post building.

The property at 200 and 212 E. Patrick St. is currently owned by a business entity formed by members of the Randall family. The Randall family also owns the parent company of The News-Post.

As long as local preservationists are involved I will acquiesce to whatever happens whether I like it or not.