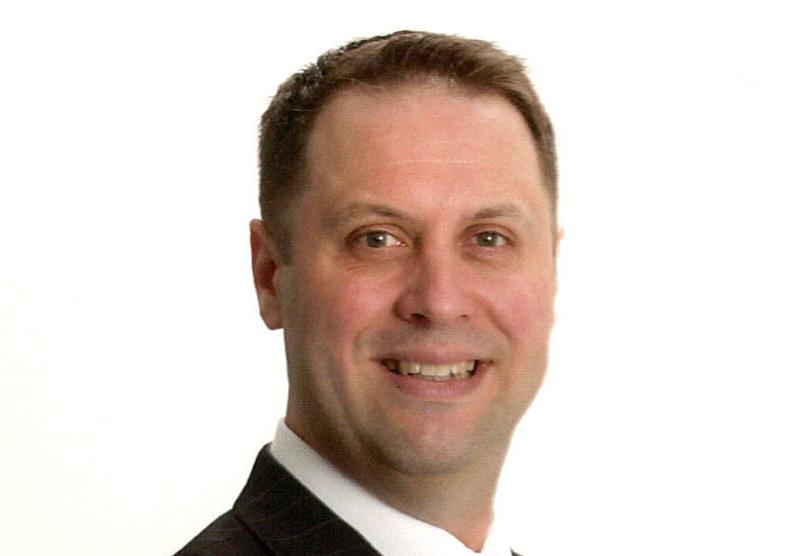 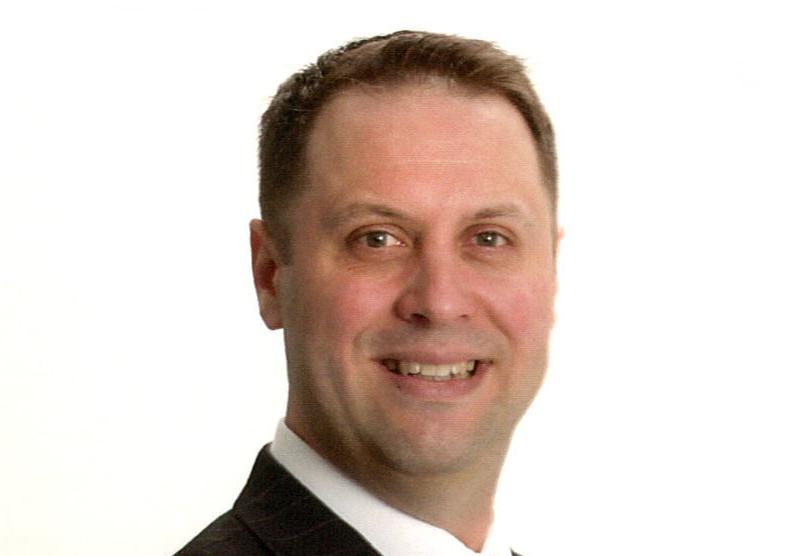 “One of my greatest honors was to volunteer for his campaign when I was a kid,” he said.

Cox, 41, is a Republican seeking to represent Maryland’s 8th District in the U.S. House of Representatives. He lives in Cascade in Frederick County.

He pinned the solutions for modern economic development problems to Reaganomic principles for limited government, lower taxation and the “trickle-down” economic theory.

He proposed a flat tax, in which all individuals pay the same rate regardless of income, as one way to provide economic opportunity.

As the founder and sole practitioner of Cox Law Center — an Emmitsburg law firm specializing in accident and personal injury law, as well as constitutional law — he said he has seen how taxation policies hurt small businesses.

Cox called for major cuts to “waste” in government spending. Specifically, he proposed reducing funding and programs for five “bloated” federal government agencies — the Internal Revenue Service and the departments of Commerce, Education, Energy, and Housing and Urban Development.

He faulted these agencies for “picking winners and losers” instead of providing opportunities for businesses and programs to compete in a free market.

For example, he said, the Department of Energy has unfairly vilified the coal industry, while rewarding other energy sectors with subsidies and tax breaks.

“We need to have clean energy, but I don’t believe in targeting certain industries to do it,” he said.

He pointed to the Solyndra case as proof of the consequences of interfering with free-market competition.

Solyndra, a California solar panel manufacturer, filed for bankruptcy in 2011 after receiving significant loans and tax breaks from the Department of Energy under President Barack Obama’s American Recovery and Reinvestment Act in 2009. The bankruptcy was followed by a federal fraud investigation. The government did not get its money back.

Money cut from bloated government agencies could be redirected to infrastructure projects and increased military and defense programs at no extra cost to taxpayers, Cox said.

Among the transportation projects he proposed was one to reduce congestion on I-270. He said he’d support increased spending and programs to military operations, calling current financial allocations “foolhardy” and “downright dangerous.”

In Frederick County, Fort Detrick could serve the dual priorities of bolstering national security and expanding economic opportunity, he said.

Above all, he pledged to emulate his presidential role model by pushing for government transparency and accountability.

“He communicated truth to policy,” Cox said of Reagan. “He kept his word.”

The seat is currently held by Rep. Chris Van Hollen, who is running for U.S. Senate.

The general election will be held Nov. 8. Representatives serve a two-year term at an annual salary of $174,000.

Elected experience: Member of Town Commission of Secretary, Md., 2007 to 2009

Joel Rubin left his job as deputy assistant U.S. secretary of state to run for Maryland's 8th Congressional District. He said his years as a c…

“One of my greatest honors was to volunteer for his campaign when I was a kid,” he said. - yeah every 6 year old kid is jazzed about presidential politics!

"Dan Cox names President Ronald Reagan as his political hero."
I would not vote for anyone who claimed RR as their political hero. He did more damage to this country with his "trickle down" BS.

Statement from Dan Cox for Congress: "Ms. Lavin is a good reporter, but she made a mistake in this article. Dan Cox is a Frederick County native and resident, and lives with his wife and children in the 8th District, in Frederick County near Sabillasville. Ms. Lavin mistakenly assumed wrongly without checking with the candidate first prior to publication. She has been respectfully requested to run a correction article on her error. Please visit: www.CoxforCongress.org for more information on the only candidate for the 8th District from Frederick County, Dan Cox for Congress!

He cherry picks one example of a energy program that got most of they right and private investments was picking even more wrong. No perspective there.

Trickle down never worked ! That Ronald Reagan is somehow this larger than life president is a myth. Go back and look at the happenings during his presidency.

Yes, those of us around during that era pine for the good old Carter days, 9% unemployment, 14% inflation, 18% interest rates. We had nothing, but there was nobody to get mad at because no one had anything, everyone was equal.

https://www.washingtonpost.com/news/wonk/wp/2012/09/19/heres-why-the-47-percent-argument-is-an-abuse-of-tax-data/ First have some facts on taxation. Second read the book "Capitalism" on how it naturally trickles up. Then read Adam Smith on "The wealth of nations" that tells the rich to pay for the protection they get to be able to be rich. A flat tax only changes trickle up to a flood up.

Wait, Reagan could not get elected in today's GOP!

Pray tell Dan, what is your project to reduce I-270 congestion? Been waiting for 25 years and......nothing. or are you just pandering to the voters? Going nowhere, fast.

An outsider that wants to tell us how to run the State? Only a Republican would have this kind of hallucination. Go back to Washington County and stay there.

OMG,Reagan is his hero and he still thinks "trickle down" works after decades of evidence and 99% of Economist refute it! What has this guy been smoking?

Dick,I actually would modify my comment I think he's trippin' !