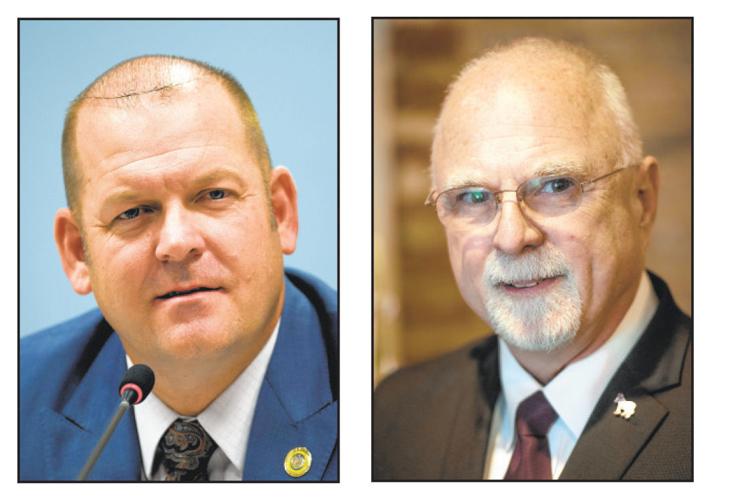 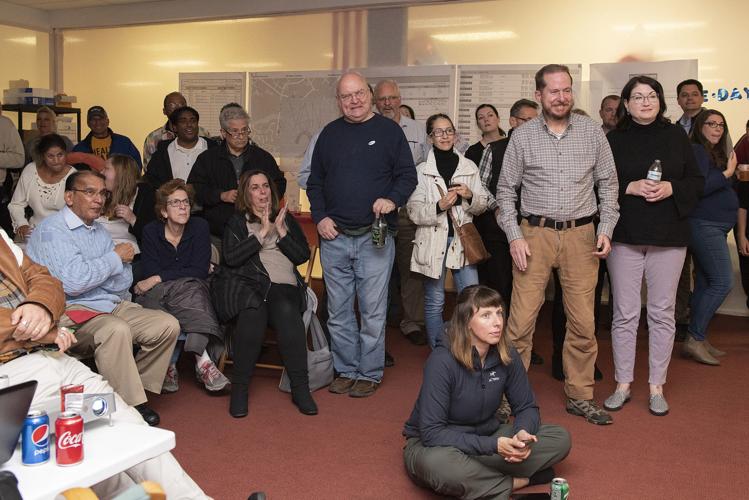 Supporters are all smiles as national results come in on a screen at the Democratic headquarters on West Patrick Street on Tuesday night.

Supporters are all smiles as national results come in on a screen at the Democratic headquarters on West Patrick Street on Tuesday night.

Frederick County experienced somewhat of a light blue wave Tuesday with the potential flipping of one of the county’s six House of Delegates seats from Republican to Democrat for a three-to-three match in the House.

According to unofficial results released Tuesday night, Democrat Ken Kerr was beating Republican incumbent Delegates William “Bill” Folden in District 3B. If Kerr wins, it means a total of three Democrats will represent the county with delegates Karen Lewis Young and Carol Krimm in District 3A both set to secure second terms over their Republican challengers.

The GOP is set to maintain control of District 4, with the re-election of Delegates Barrie Ciliberti and fellow Republican newcomers Dan Cox and Jesse Pippy, according to the unofficial results.

All election results are unofficial until absentee ballots and provisional ballots are counted. As of Tuesday evening, 6,854 absentee ballots had been issued to Frederick County voters, and 3,592 of them had been returned, according to the state Board of Elections website. Canvasses of provisional ballots will begin at 10 a.m. on Nov. 14 and Nov. 16.

Incumbent ousted in 3B

Kerr said he was happy that the results were swaying in his favor with 12 of 18 precincts in, but was careful not to exude too much confidence in a win.

“We did everything we could to reach as many voters as possible,” he said while awaiting the results at the Democratic Party headquarters Tuesday night. “Whatever happens tomorrow ... I’m proud of the campaign I ran.”

Folden was also holding out hope as the results were coming in on Tuesday.

“At the end of the day, if you have an opportunity, you put your best foot forward and leave nothing to regret,” Folden said from the Republican watch party on Tuesday as the results from the first 12 precincts put him behind Kerr.

He was hopeful there was still a chance he could pull ahead with six precincts still left to report votes.

Democrats retain in 3A

With 20 of 25 precincts reporting on Tuesday night, Krimm had 13,981 votes, while Lewis Young had 13,840 in the two top spots over Republican challengers Mike Bowersox and James Dvorak to represent District 3A for the next four years.

Both Lewis Young and Krimm made the transition to the General Assembly in 2014 from the Frederick City Hall dais, where they served together as alderwomen. This term will be their second consecutive one together in the House of Delegates.

The two Democrats further solidify the city’s one-party representation that occurred with the election of a Democratic mayor and five Democratic aldermen last year.

In District 4, Republicans were set to keep their three seats with Ciliberti and GOP newcomers Jesse Pippy and Dan Cox securing the most votes with 33 of 38 precincts reporting.

Ciliberti has been in office since 2015. He was appointed to Kelly Schulz’s seat after she went to Gov. Larry Hogan’s Cabinet.

Pippy left his post as chairman of the Frederick County liquor board to run for the House seat. He also ran unsuccessfully in 2014 against state Sen. Ed Kasemeyer in District 12, which includes portions of Howard and Baltimore counties. Cox is coming off of a 2016 loss to Democratic Rep. Jamie Raskin in the 8th Congressional District.

If the results remain pair will replace fellow Republicans Kathy Afzali, who ran for Frederick County executive, and David Vogt, who lost to Amie Hoeber in the primary for the 6th Congressional District.

Political Notes: Folden reaches across the aisle one last time

Frederick County needs a “middle of the road” person to guide its delegation.