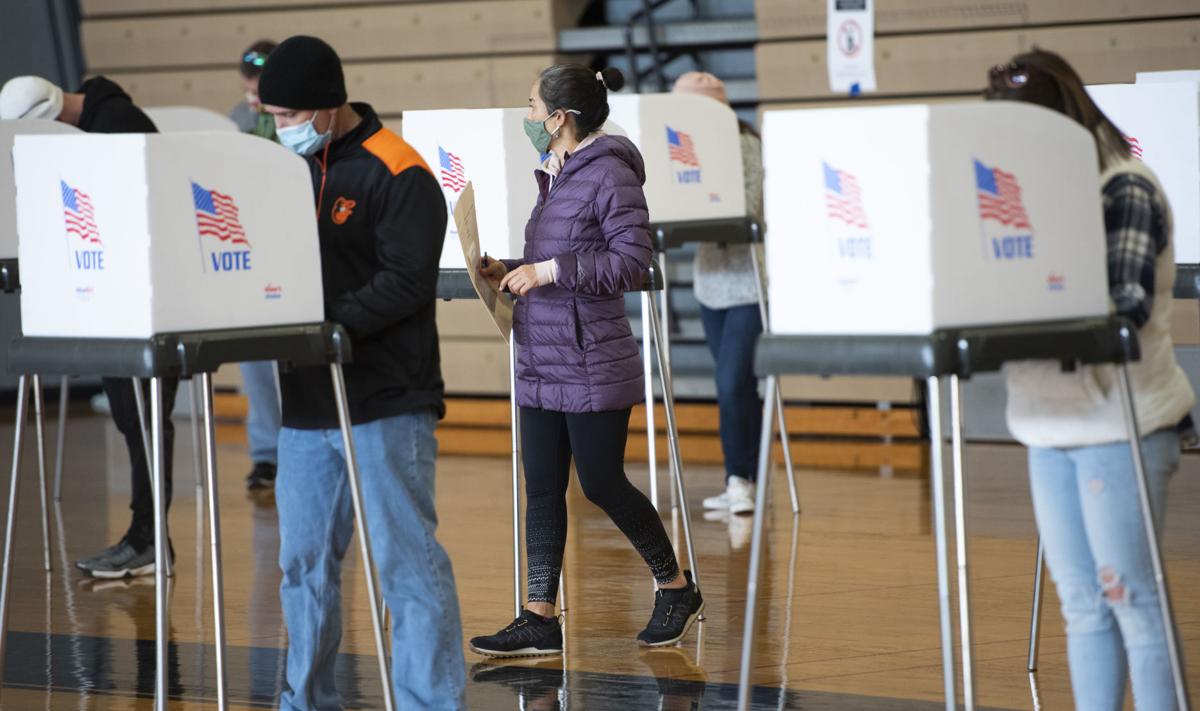 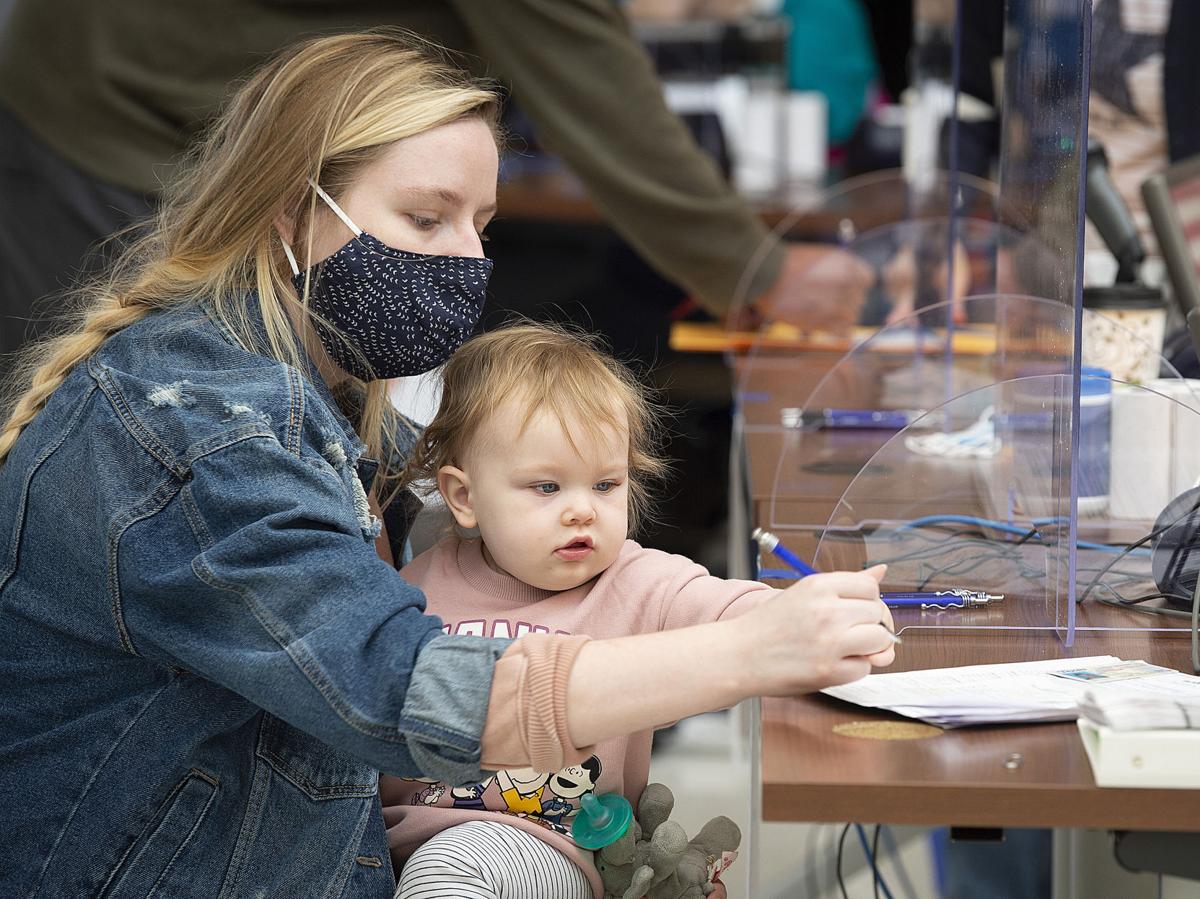 Election Day voter Sara Smith and her daughter Grace, 11 months old, fill out a ballot at Frederick High School early Tuesday morning. The school is a new location this year and had 37 voters in when doors opened at 7 a.m. 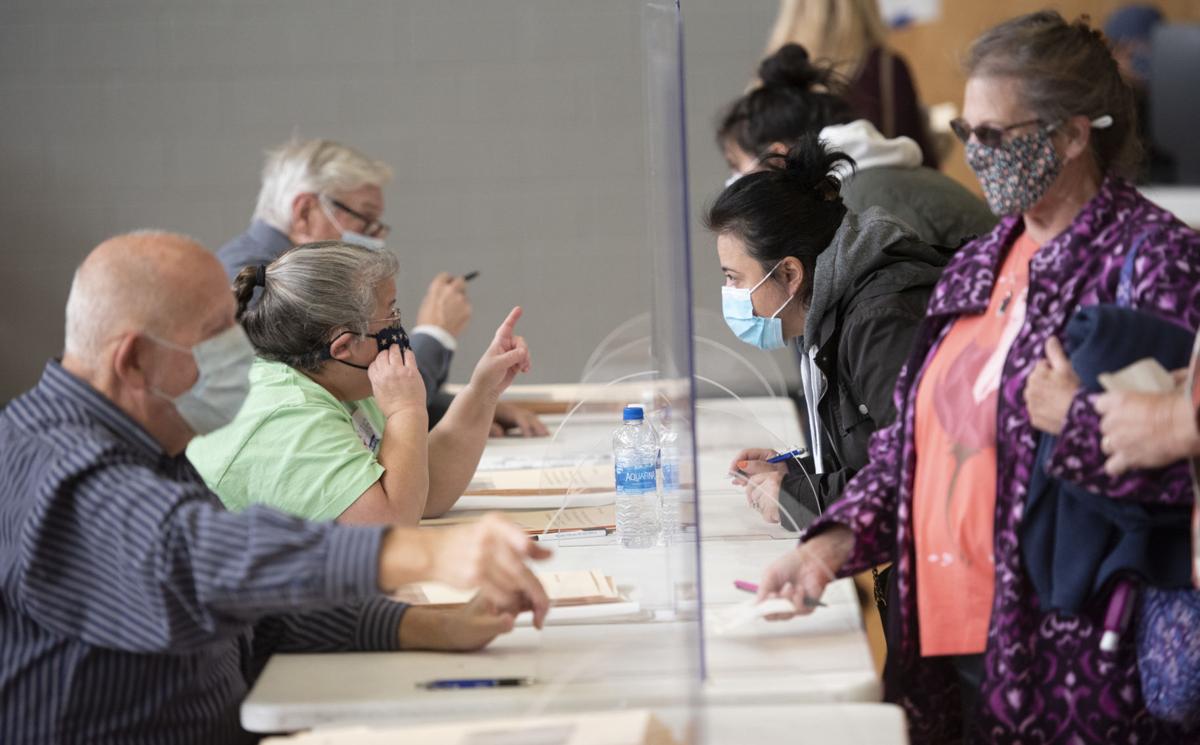 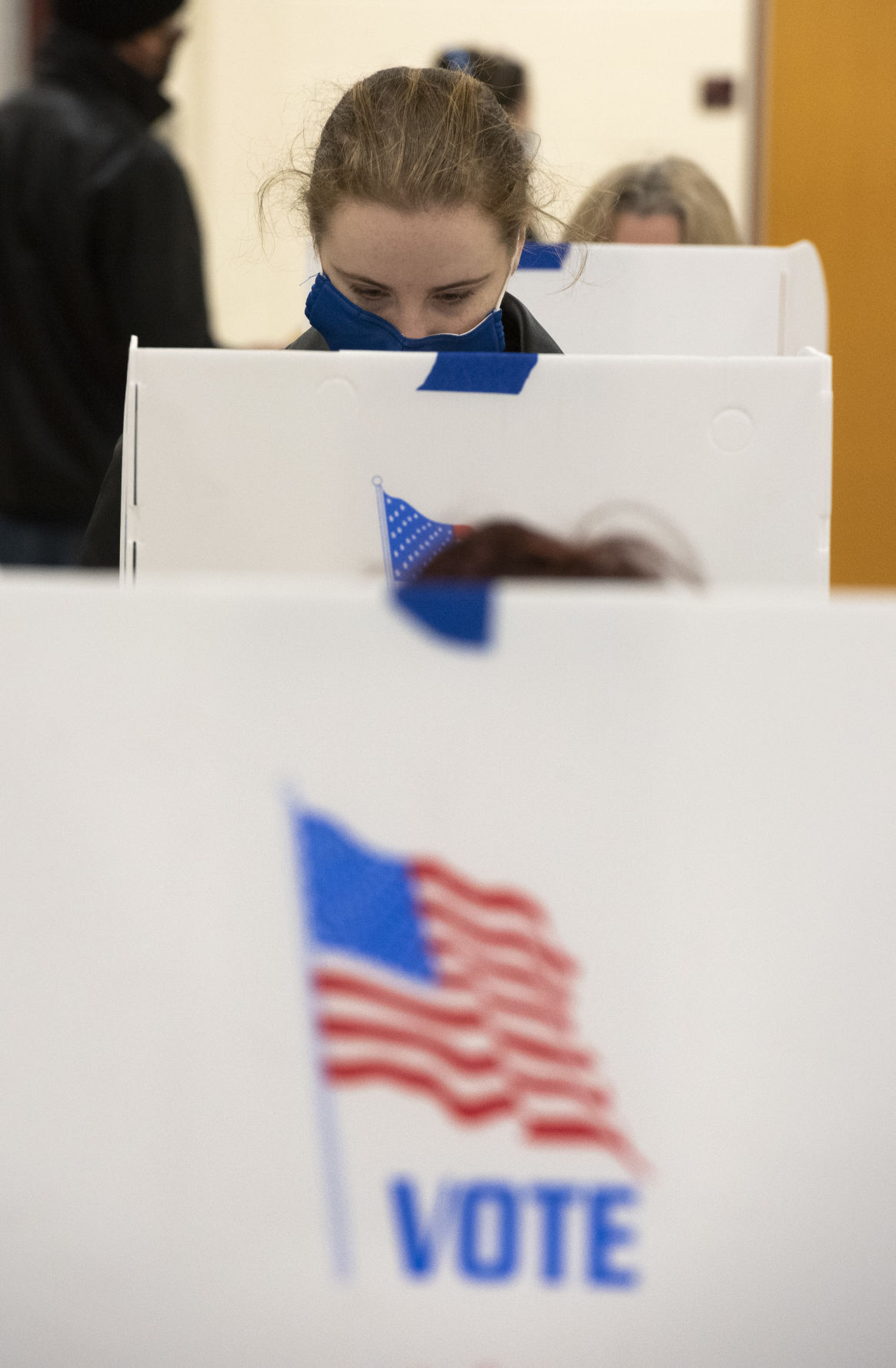 Election Day voter Sara Smith and her daughter Grace, 11 months old, fill out a ballot at Frederick High School early Tuesday morning. The school is a new location this year and had 37 voters in when doors opened at 7 a.m.

Thousands of Frederick County voters turned out Tuesday to cast their ballots on Election Day.

As of 5 p.m. Tuesday, just over 22,000 ballots had been cast at the county’s polling places, according to Election Director Stuart Harvey.

Jaclyn Kozlowski of Emmitsburg voted for President Donald Trump, as she voted alongside her daughter Ivy, 6.

“I just agree with the way he’s running the country...the policies he’s putting in place, I think that they are the best for our country,” Kozlowski said.

John Ayton, another Trump supporter, said the president has kept all his promises. Ayton also said he opposed Question 2 on the ballot, which would legalize sports gambling statewide.

“I like small towns, I don’t want a whole lot of gambling in the Maryland area,” Ayton said. “I understand that there are casinos that are in Maryland, but … I’m not trying to turn it into Las Vegas.”

In Frederick, turnout was a bit quieter, with less than 1,000 votes being cast before noon.

Jeff Downs of Frederick said he was voting for Joe Biden, the former vice president, to unseat President Trump.

“I’ve always voted Democratic and mainly right now just to return this country to a sense of normalcy,” Downs said.

Virginia Socash, 50, of Frederick, was voting for the incumbent Trump.

“We’re on the cusp of a lot of possible changes, losing our freedoms possibly, so in my mind, that was most important,” Socash said. “I like the fact that he has worked really hard for our country. I appreciate his pro-life stance.”

Jim Boyer, 61, of Mount Airy, cast his vote for Trump at Linganore High School, where turnout was high throughout the day. Boyer was focused on the economy and global relations as he waited in line Tuesday. He voted for the president because of his work with other nations and his economic record.

“The stock market is doing good [and] the building industry,” Boyer said. “I do plumbing, so that’s staying real good.”

Kelly Arrington, 31, lives near Libertytown. She voted for Biden.

She pointed to civil rights issues and the need for everybody to be treated equally.

“He just seems really genuine and honest and cares about human beings,” Arrington said of Biden. “I just want the best for everybody, not just select groups.”

Matt Murphy, 49, of New Windsor, is a Trump supporter, pointing to his economic record and lessening regulations on businesses, along with his international trade deals.

“Why do we have to keep getting screwed over every single time somebody does a trade deal?” Murphy said. “It just helps a foreign country instead of us.”

Delores Torres, 46, lives near Ijamsville. She voted for Biden, and said that health care and coronavirus were on her mind heading into the polls Tuesday.

“I hate Trump,” she said. “We need a better leader, I don’t think he has good character ... just health care reform, and keeping Obamacare is important to me.”

Zach Lapira, 20, was a first-time voter. He was voting for Trump, pointing to his economic record and arguing he would do more to fix the health care system.

“I do like a lot of his policies,” Lapira said. “Behind his rhetoric, his crazy bombastic personality ... he’s one of the first presidents to do everything he said he was going to do.

“We’ll see if he starts clamping down on Big Pharma and insurance companies, I’d really like to see that if he gets re-elected ... they’re monopolies.”