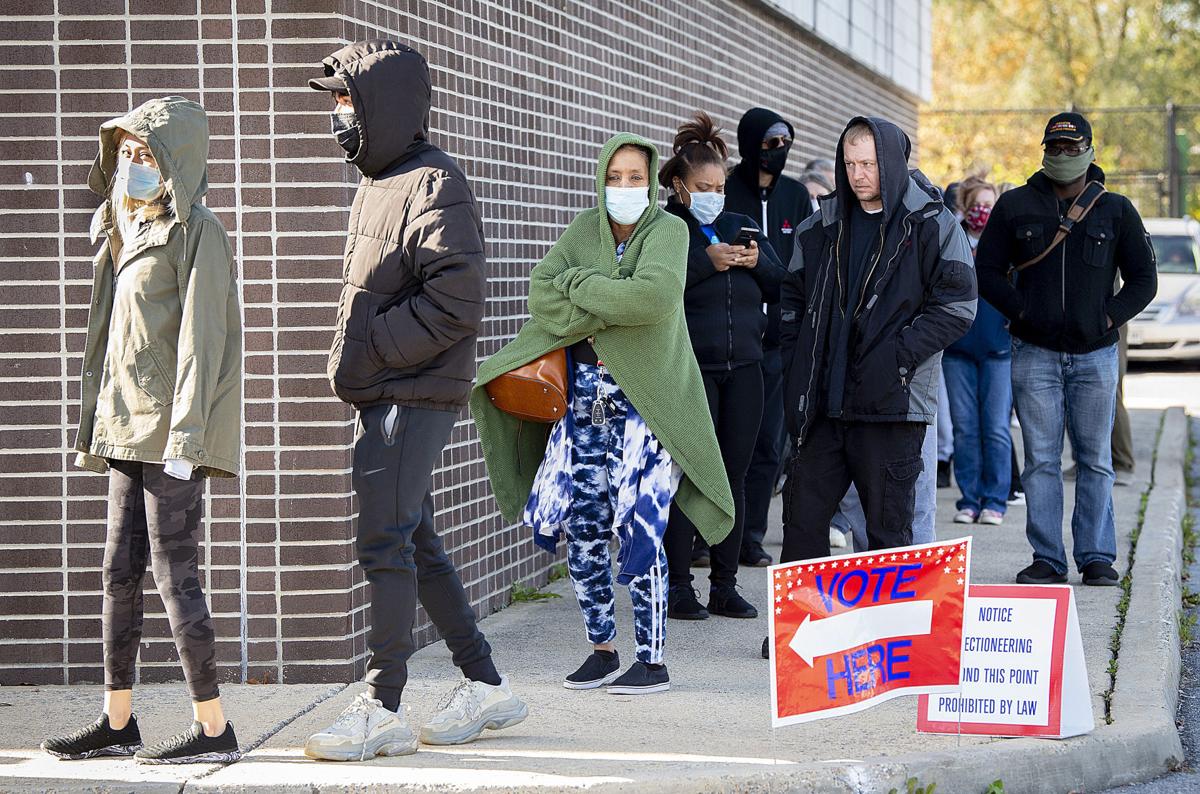 People wait in line to cast their ballots at Gov. Thomas Johnson High School. A steady line of voters waited their turn on the last day of early voting at all four county locations. 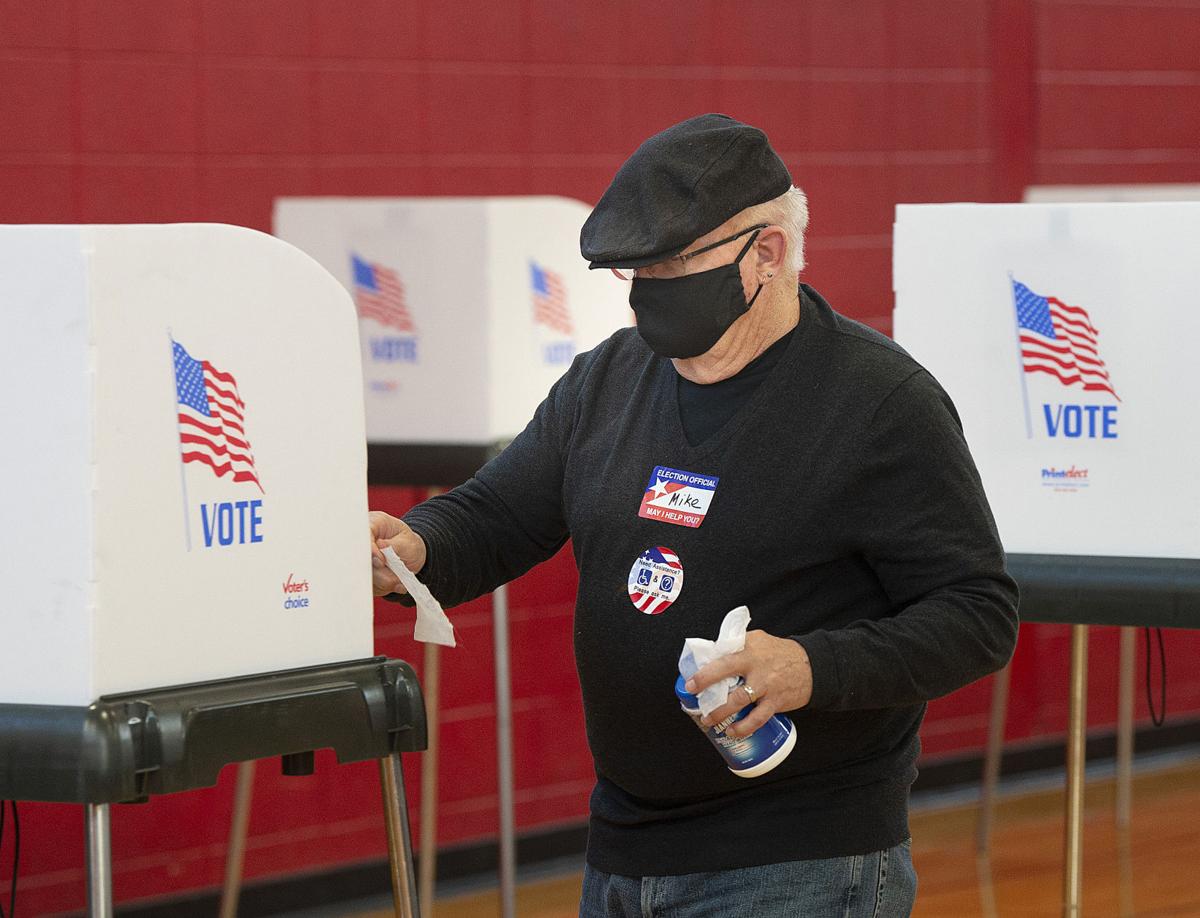 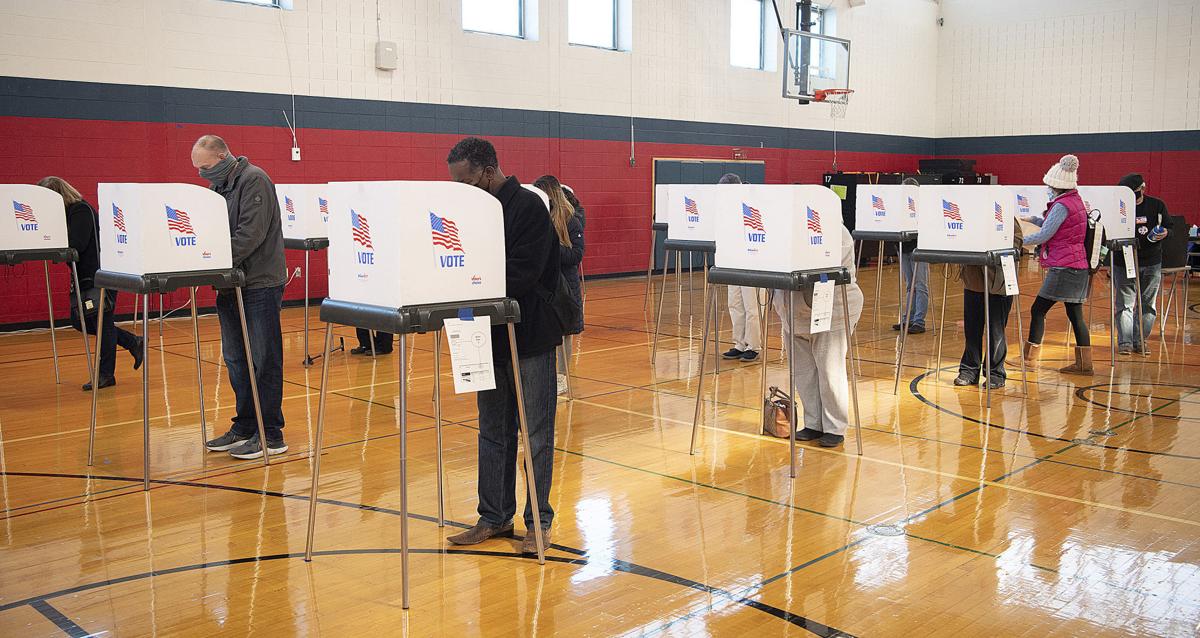 Frederick County voters cast ballots in the 2020 election, which was the first time the county voted for a Democrat for president since 1964. While a number of factors contributed to Joe Biden’s victory, opinions are mixed about whether the results represent a long-term shift in the county or a temporary swing.

People wait in line to cast their ballots at Gov. Thomas Johnson High School. A steady line of voters waited their turn on the last day of early voting at all four county locations.

Frederick County voters cast ballots in the 2020 election, which was the first time the county voted for a Democrat for president since 1964. While a number of factors contributed to Joe Biden’s victory, opinions are mixed about whether the results represent a long-term shift in the county or a temporary swing.

Election Director Stuart Harvey believes Frederick County could hit 85 percent turnout for the presidential general election — a number that would be a higher local turnout than in any such election since at least 2004.

Harvey said because of all the mail-in and early ballots already cast, it’s possible that roughly 60 percent of the 186,356 registered active county voters will already have cast a ballot before Election Day.

That would mean 25-30 percent of people would need to vote Tuesday—whether via in person or a mail-in ballot—for Frederick County to hit 85 percent turnout, Harvey said.

The Board of Elections has until Nov. 13 to canvass and count all the ballots it receives, Harvey said. In a typical presidential election, they would count roughly 6,000 mail-in ballots, he said.

Mail-in ballots must be delivered to a drop-off box by 8 p.m. Tuesday or postmarked by Tuesday to count. The Board of Elections has already started canvassing mail-in ballots, but this year, they will need to count more than 55,000 of them, Harvey said.

“Patience can certainly be called for at this point,” Harvey said of counting those ballots.

By Monday, 45,997 ballots had already been cast at the county’s four early voting centers, accounting for 24.68 percent of active registered voters.

Activity was steady Monday at Urbana Regional Library for the last day of early voting. Linda Thane Morgan, a chief election judge, said 54 people were in line at the 7 a.m. opening time, and 936 people had cast a ballot by 11 a.m.

There were several first-time voters Monday, Thane Morgan said. And although space was limited inside the Anthony M. Natelli Community Room at the library, she thanked voters for their cooperation.

Thane Morgan has been working “on and off” as an election official since starting in Montgomery County in 1984.

Jim Filson was inspecting and emptying the ballot drop-off box near the rear entrance, where voters were streaming in. He’s been helping empty boxes countywide, which election officials have done at least twice a day since they were installed.

“As a friend of mine says, activism is good, but it doesn’t change laws,” he said. “The vote is important for every American.”

Calling racesHarvey said it might be difficult to immediately see whether the county voted for President Donald Trump (R) or former Vice President Joe Biden (D), or see how county residents voted on local Board of Education seats or if voters approved any of the charter amendments or state constitution questions on the ballot.

Once the polls close at 8 p.m. Tuesday, local election officials will be able to report all of the results from early voting and thousands of mail-in ballots already canvassed and Election Day results.

But because of multiple potential scenarios — long lines at any polls at 8 p.m., a close margin between the third and final winning candidate and fourth candidate in the Board of Education race and the canvassing of thousands of mail-in ballots — some races might be too close to call Tuesday night.

“I think we have to look at what the total votes are tomorrow night, estimate what might be coming in … and then based on that, if there are any close races, we know we will have to wait to canvass all those ballots,” Harvey said.

Here are the polling places around the county for Election Day. Polls are open from 7 a.m.-8 p.m Tuesday. If you are in line by 8 p.m., you are allowed to vote.

Frederick County Election Director Stuart Harvey "strongly urged" county residents to use drop-off boxes if they received a mail-in ballot. They ballots must be put into one of these boxes by 8 p.m. Tuesday, and are at the following locations:

No matter who wins I’ll still be Lead Commenter!

Spot the Trump voter in the photo!

Hint: the one who doesn’t care who he infects.

You got that right.

Now, now seven. He's just trying to bravely take a stand to save the Union from the socialists who are going to take away his personal freedoms of life, liberty and the pursuit of infecting others. You know, those gifts of democracy that other courageous men and women of the military have actually given their lives for on foreign soils.

AND, if we wait awhile, some erudite members of the posting community will show up to declare there's absolutely no correlation between the refusal to wear a mask and one's political affiliation, choosing to ignore (despite their extraordinary brain power and oft-shown analytical thinking) the dangerous messaging and deeds Trump has employed for the last 9 months to minimize the tragedy of the pandemic while continuing to host and support superspreader events.

Hint - He's not sick. Please go home and curl up in the fecal position and cower.

You can add Sue Johnson to your list of Trump voters. Check the photo in today's paper. I guess she's trying to kill off an elderly neighbor by using your "doesn't care who he infects" logiç.