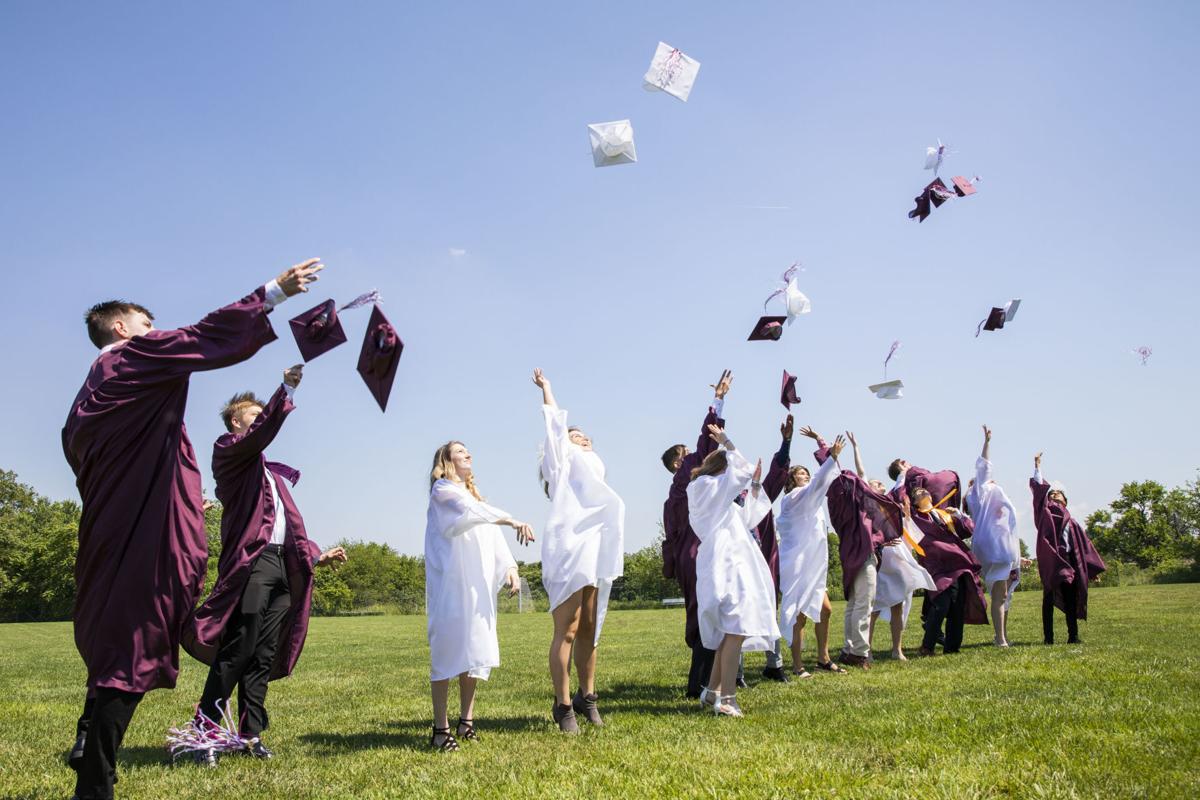 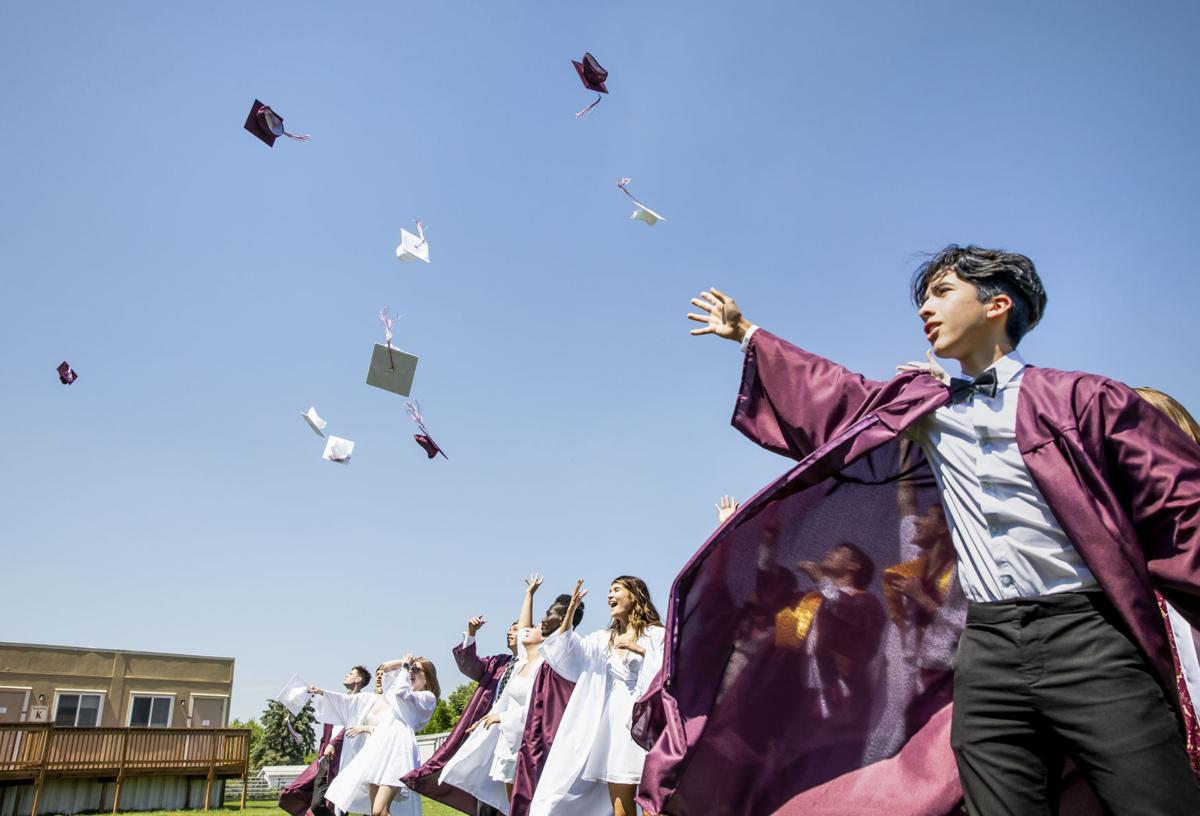 New Life Christian School class of 2021 graduates participate in the tradition of throwing their caps in the air on the field following the ceremony on Saturday. 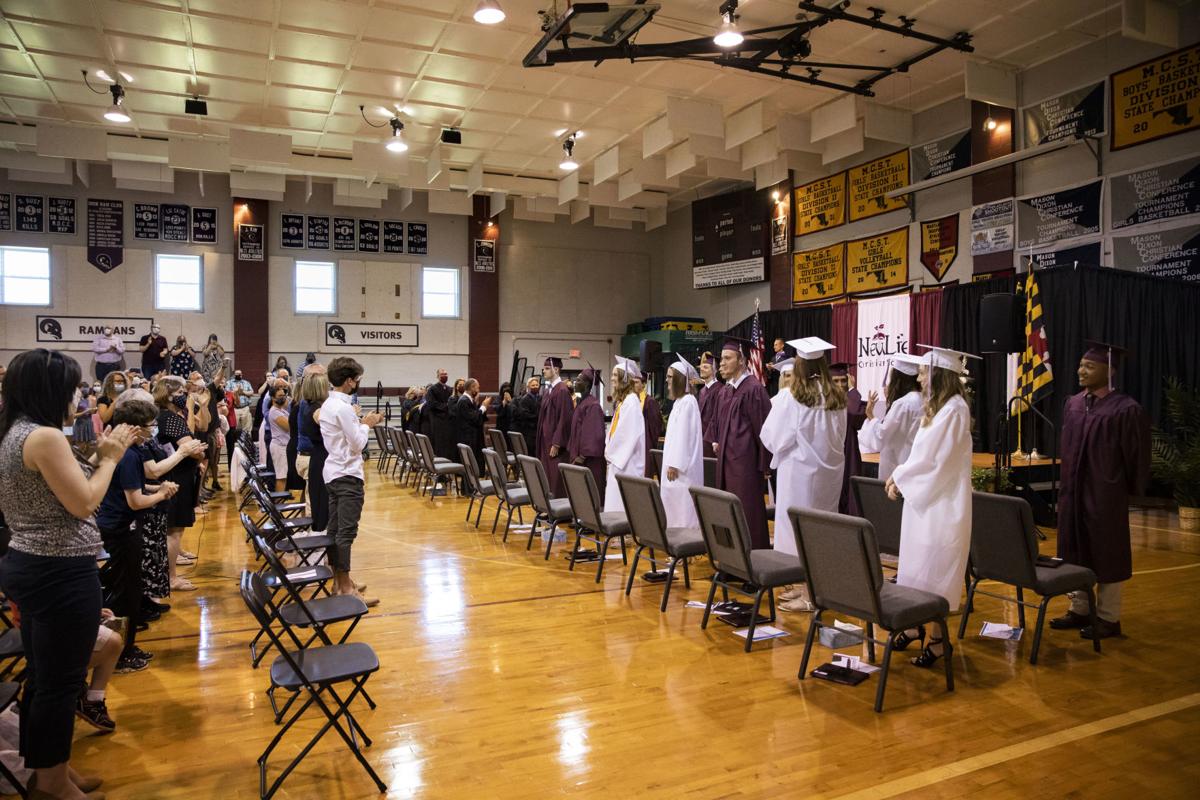 The New Life Christian School class of 2021 graduates are presented following the ceremony in the school gymnasium Saturday. 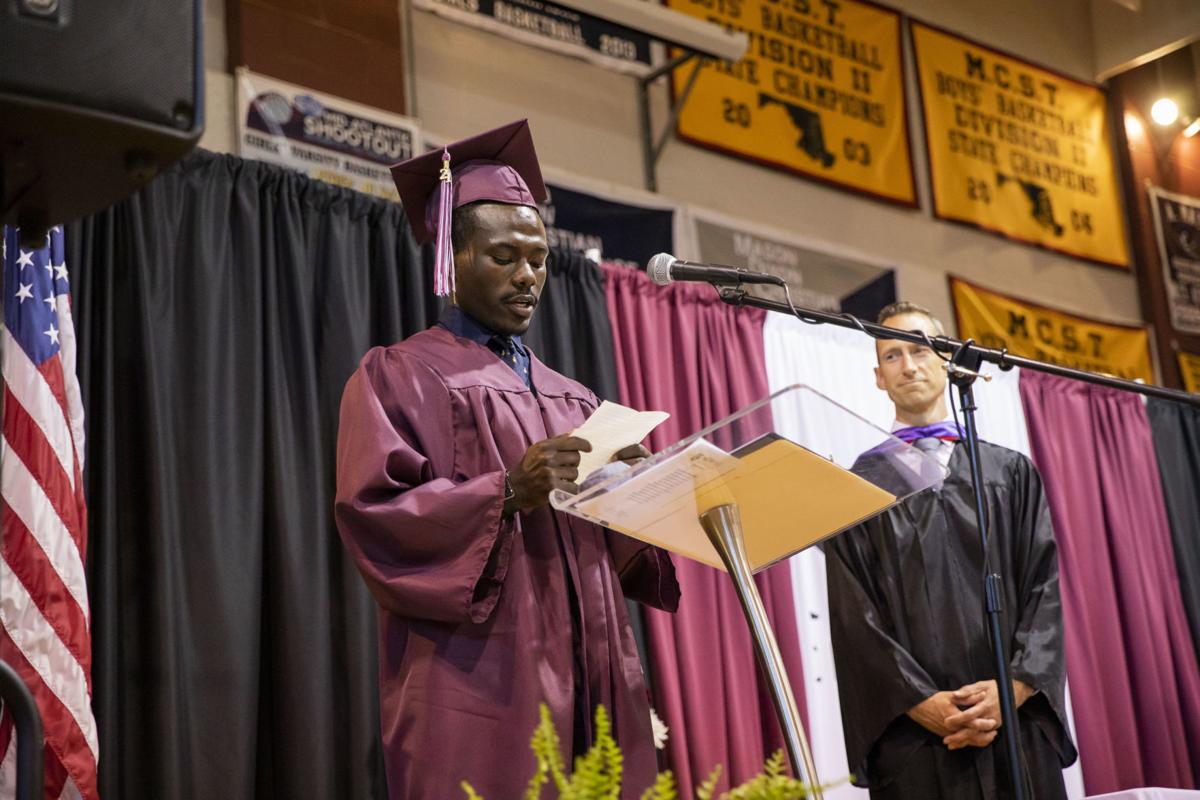 New Life Christian School class of 2021 graduate Rebuma Watkins delivers a speech after walking across the stage during the ceremony in the school gymnasium Saturday. 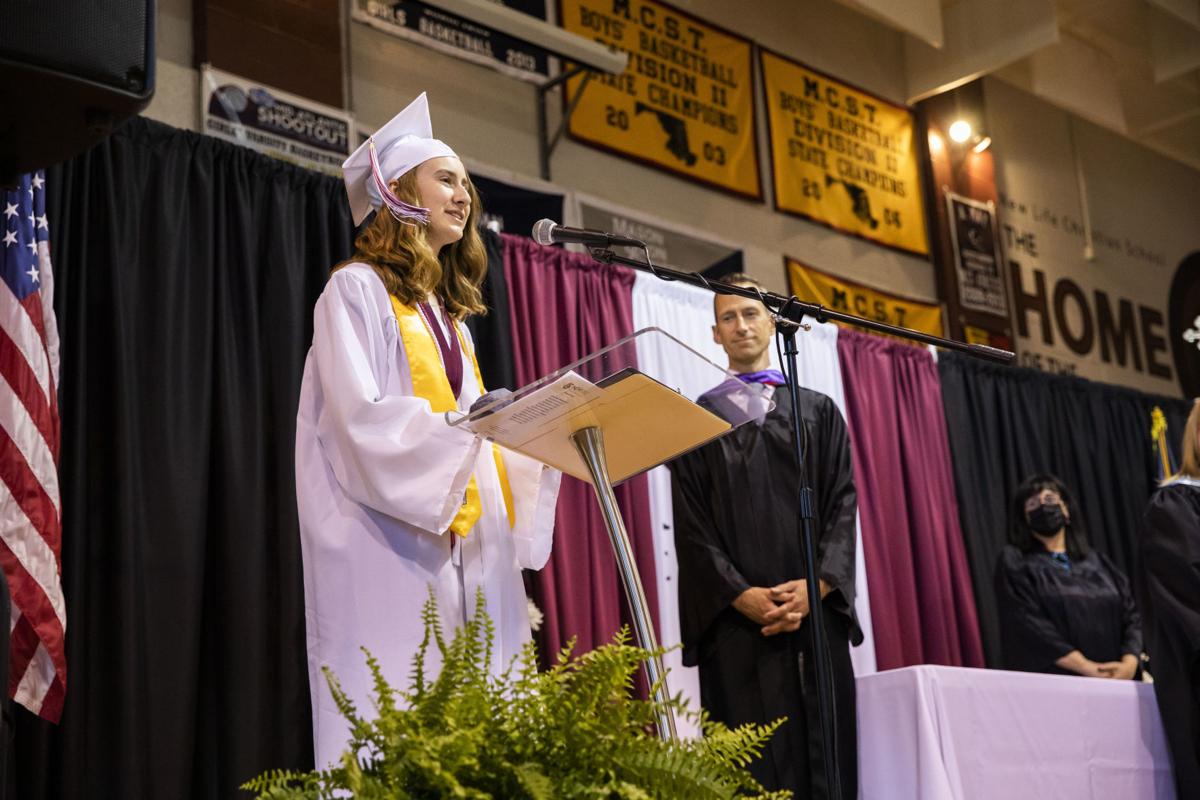 New Life Christian School class of 2021 graduate Sabrina Standford delivers a short speech after walking across the stage during the ceremony in the school gymnasium Saturday.

New Life Christian School class of 2021 graduates participate in the tradition of throwing their caps in the air on the field following the ceremony on Saturday.

The New Life Christian School class of 2021 graduates are presented following the ceremony in the school gymnasium Saturday.

New Life Christian School class of 2021 graduate Rebuma Watkins delivers a speech after walking across the stage during the ceremony in the school gymnasium Saturday.

New Life Christian School class of 2021 graduate Sabrina Standford delivers a short speech after walking across the stage during the ceremony in the school gymnasium Saturday.

A clatter of voices twisted around the New Life Christian School gymnasium Saturday afternoon as teenagers slouched beside their parents, fiddling with pamphlets, and families leaned over chairs to chat with one another, eyes shining above their masks.

But when “Pomp and Circumstance” thundered from the speakers, a hush fell over the room. Everyone seemed to sit up a bit straighter, as parents whipped out their cell phones, prepping for the big moment. Then, the doors cracked open and the procession began.

“Stand up!” a man called from the bleachers. Chuckles broke out from the audience, as folks pushed their bags to the ground and rose to their feet, kids bouncing on their toes to spot their siblings.

They didn’t have to stay standing for long. At just 14 graduates, the class of 2021 is small even by the standards of New Life, which has an enrollment of 260 students, according to its website.

But faculty members say that the size of the class has only meant that the bonds between students are that much tighter — something that has been especially important over the last year and a half.

“Where would I be without friends like you?” Daniel Puckett asked his classmates from the stage, after accepting his diploma. “You guys are awesome.”

For three graduating seniors — Elma Boveroux, Abigail Schulke and Sabrina Standford — New Life is the only school they’ve ever known; they’ve been on its campus since they were in kindergarten. Except for the masks that audience members were asked to wear, Standford said the ceremony was exactly how she’d imagined it would be.

As one of two valedictorians, she recalled moments she’d shared with her fellow graduates in a speech. They had lost their voices from cheering so loudly at basketball games, created Spanish videos worthy of Grammys and learned about all of the things that “grind Dan’s gears.” And there had been so many lessons she’d learned along the way, Standford told her classmates.

“No. 1 is that family is not always blood,” she said. “Through all the ups and downs these days, we’ve done it together. Some of you, I’ve been with for 13 years and some of you, I’ve known for two, but I believe that we have a special bond that cannot be broken.”

As a school grounded in spirituality, the faith of the graduates and their teachers beamed through Saturday’s celebration. Principal Jo Ann Boles prayed over the students before they walked out into the gymnasium and after accepting their diplomas, a handful of them thanked God in brief speeches, which they read from well-creased slips of paper.

The school’s choir ensemble also performed at the start of the ceremony; as a line of students swayed from side to side and clapped their hands, Anita Glover, a Bible teacher and college adviser at New Life, belted along. In the audience, a little girl bounced on her mother’s lap, clapping and swaying throughout the whole song.

Later on, Pastor Abe Pfeifer, the school’s superintendent, noted that folks love to dwell upon the things that feel like they’re up to chance — whether a thunderstorm will ruin their golf game, for instance, or if that girl of their dreams will agree to a date. But, he reminded the students, God has a plan for their lives. And Pfeifer believes they will change the world.

“When I look at the problems in this world,” he said, “I can wonder to myself sometimes, ‘God, is change even possible?’”

He paused, his eyes settling on the graduates seated before him.

“But when I look at you, I say this: I like our chances.”