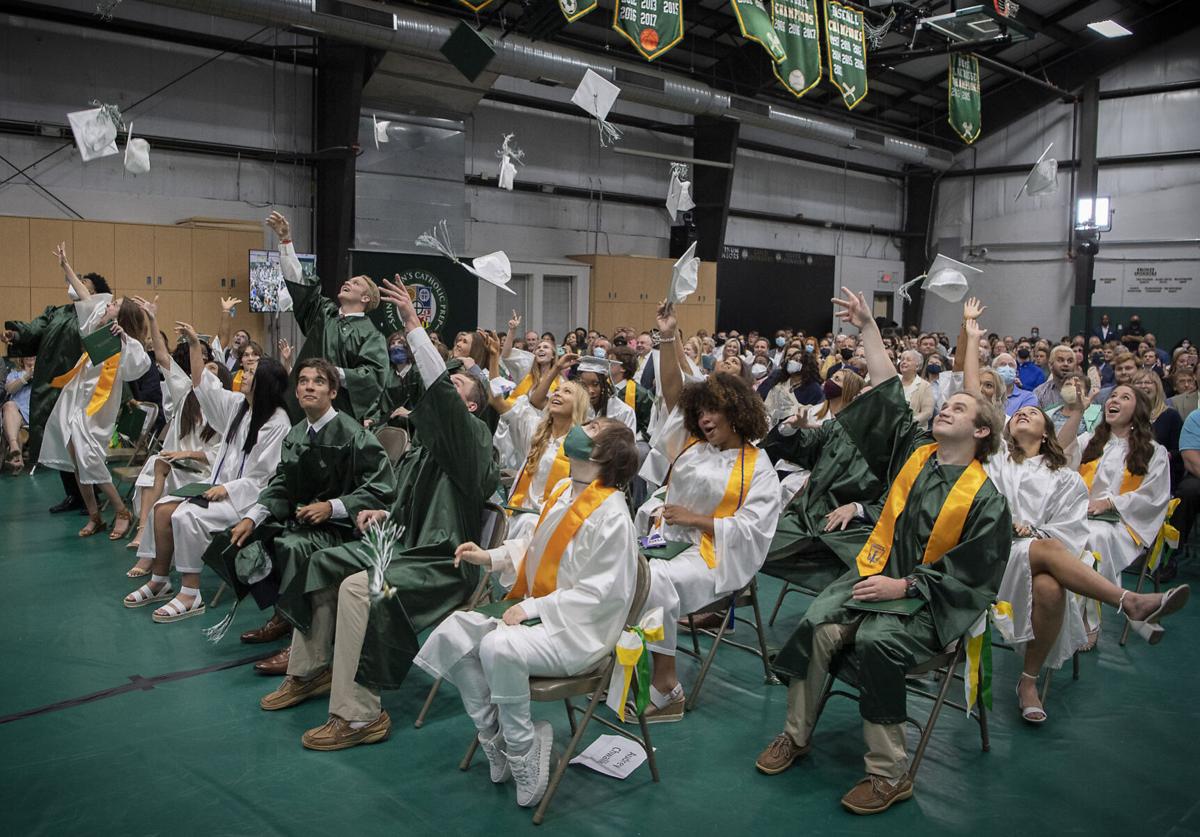 St. John’s Catholic Prep graduates toss their mortarboards into the air at the conclusion of the school’s 188th commencement ceremony Friday afternoon. 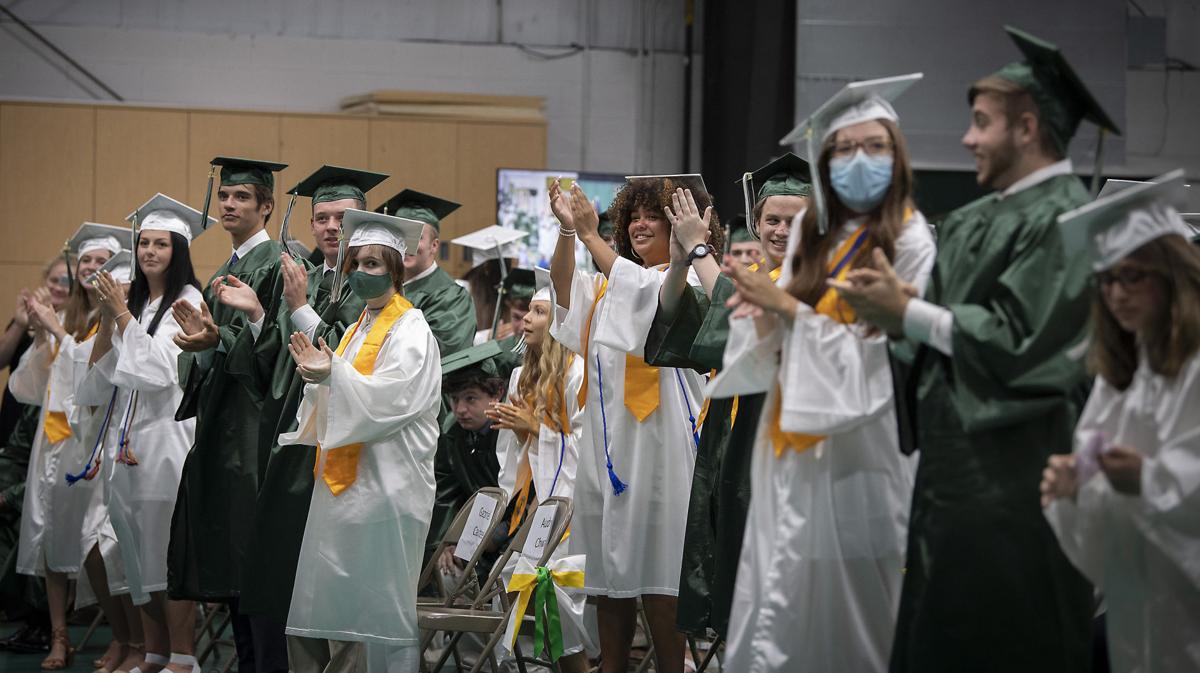 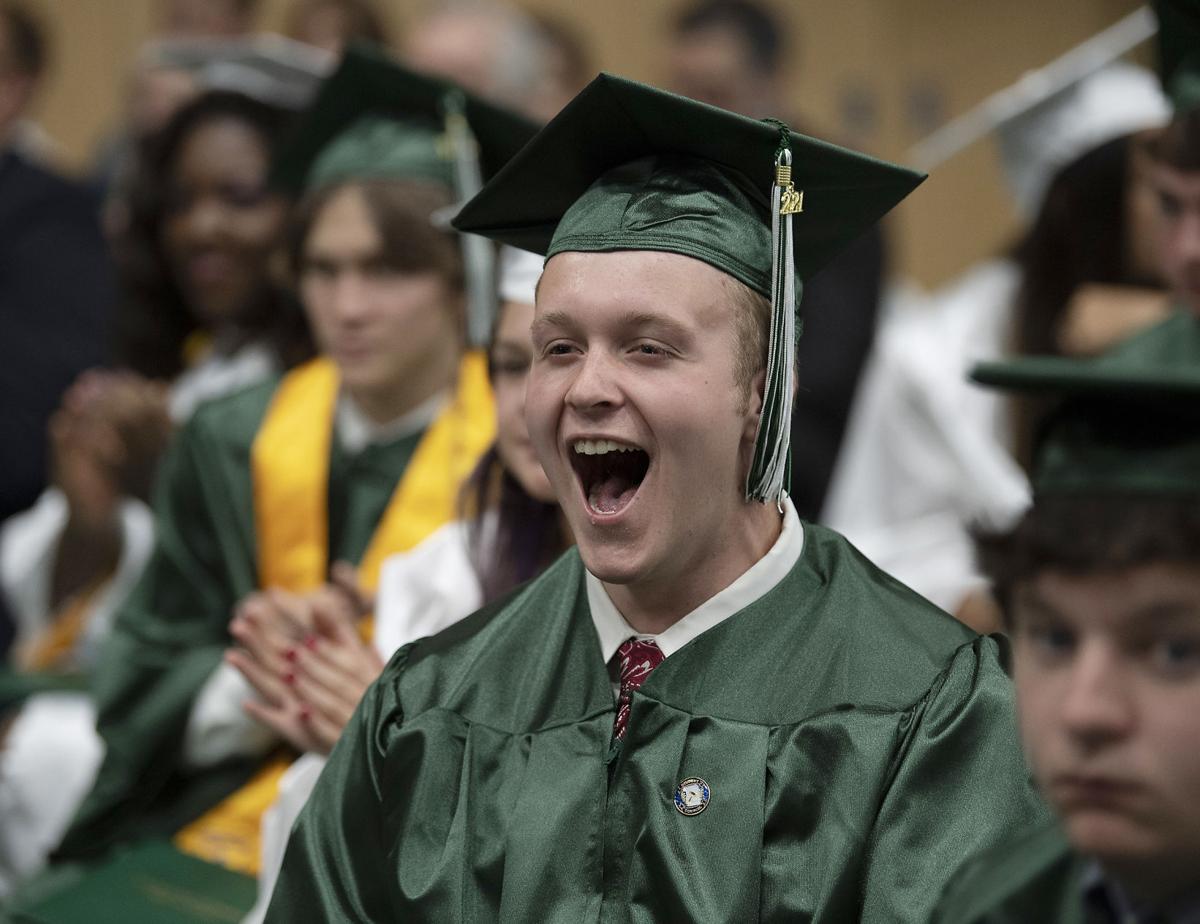 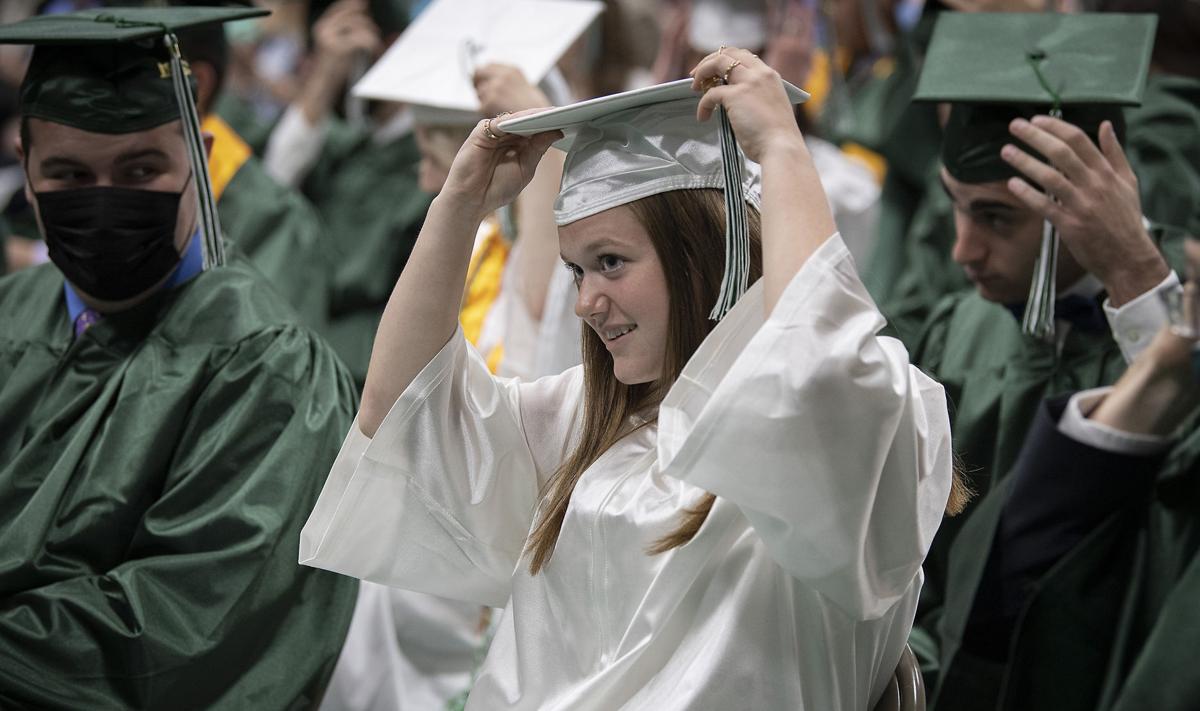 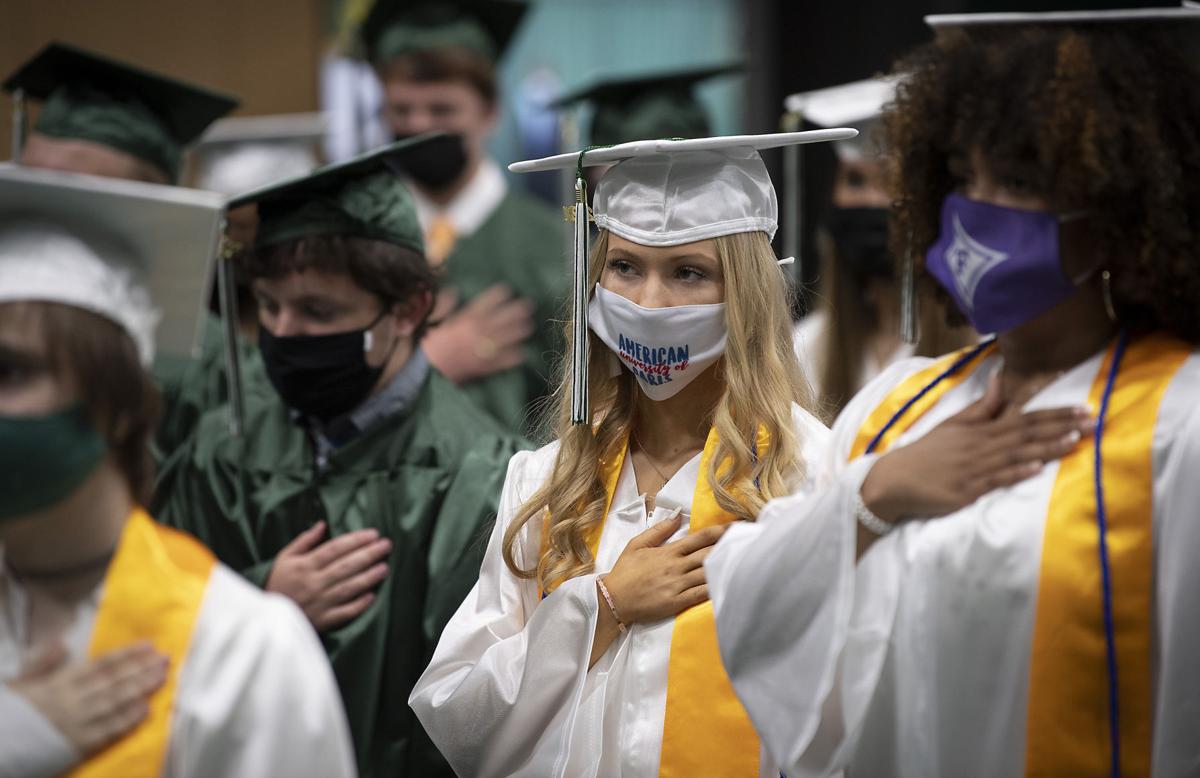 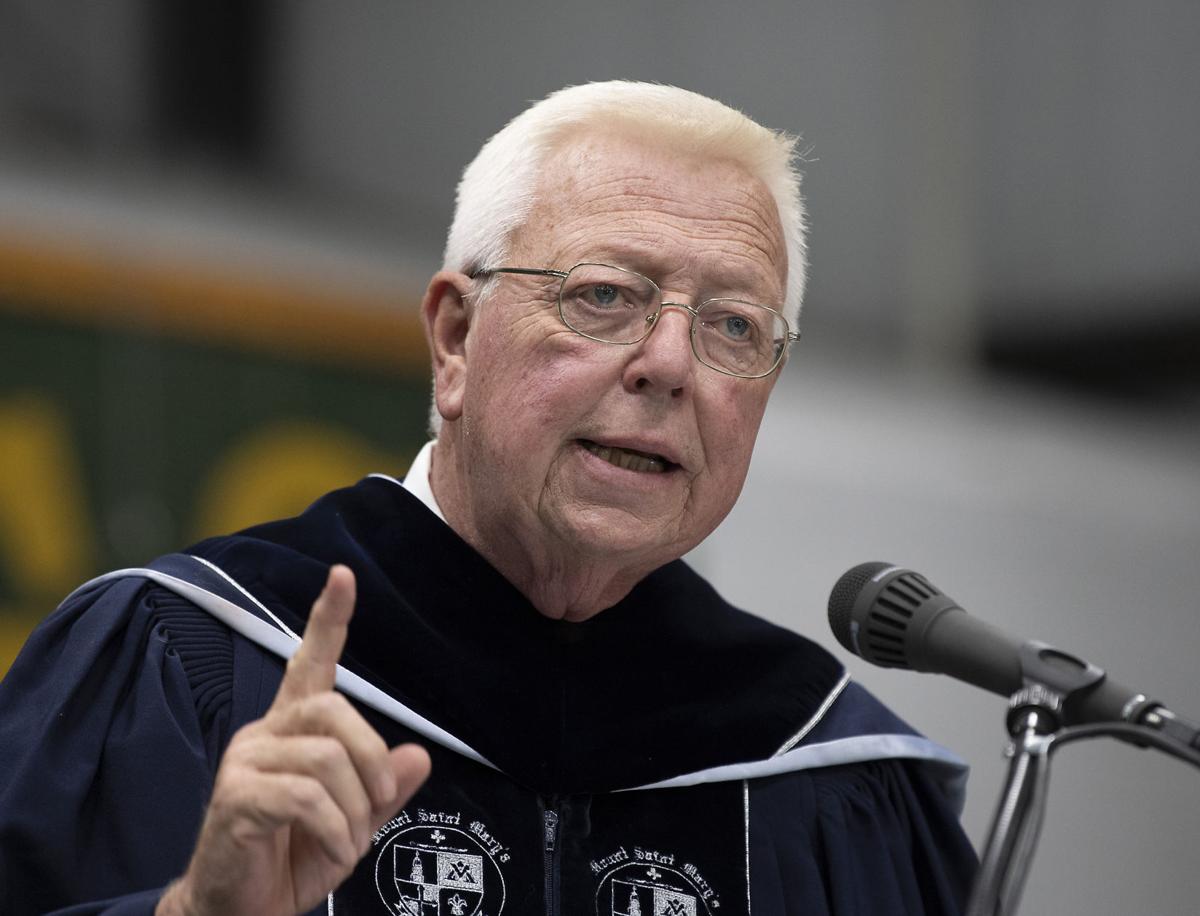 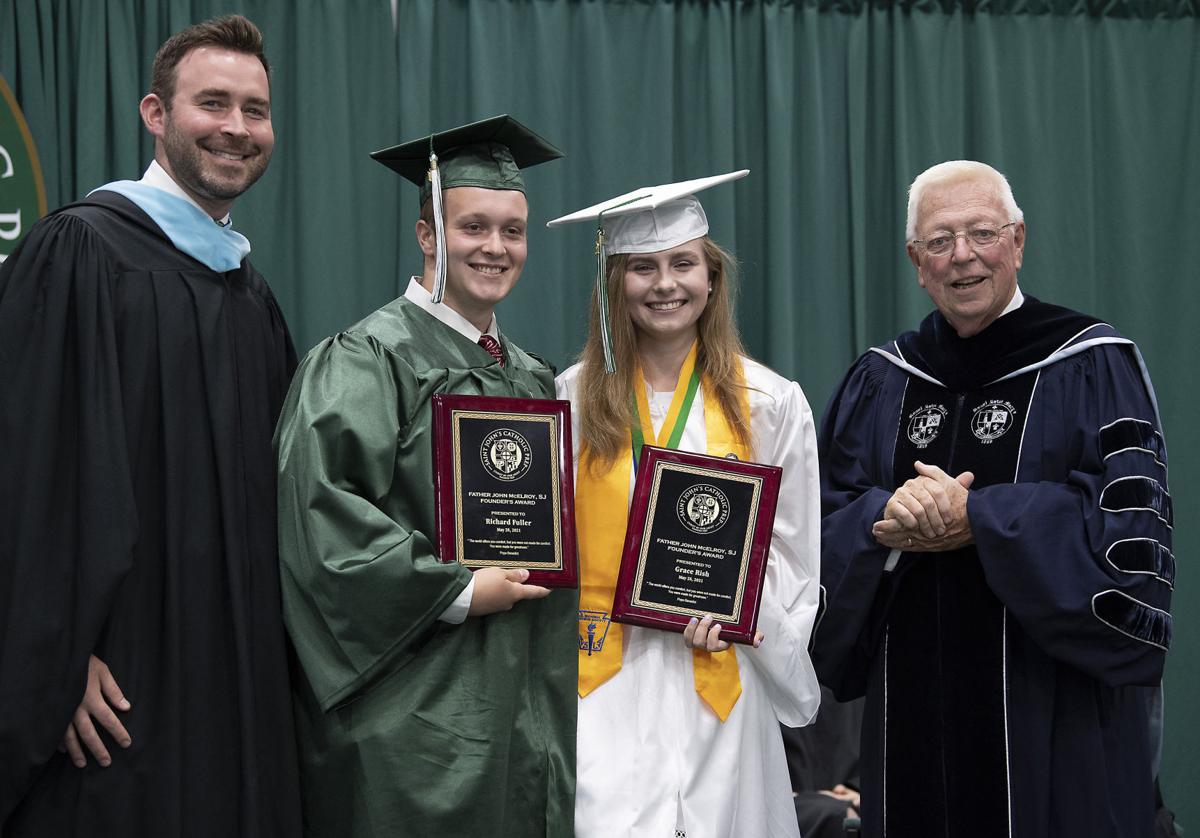 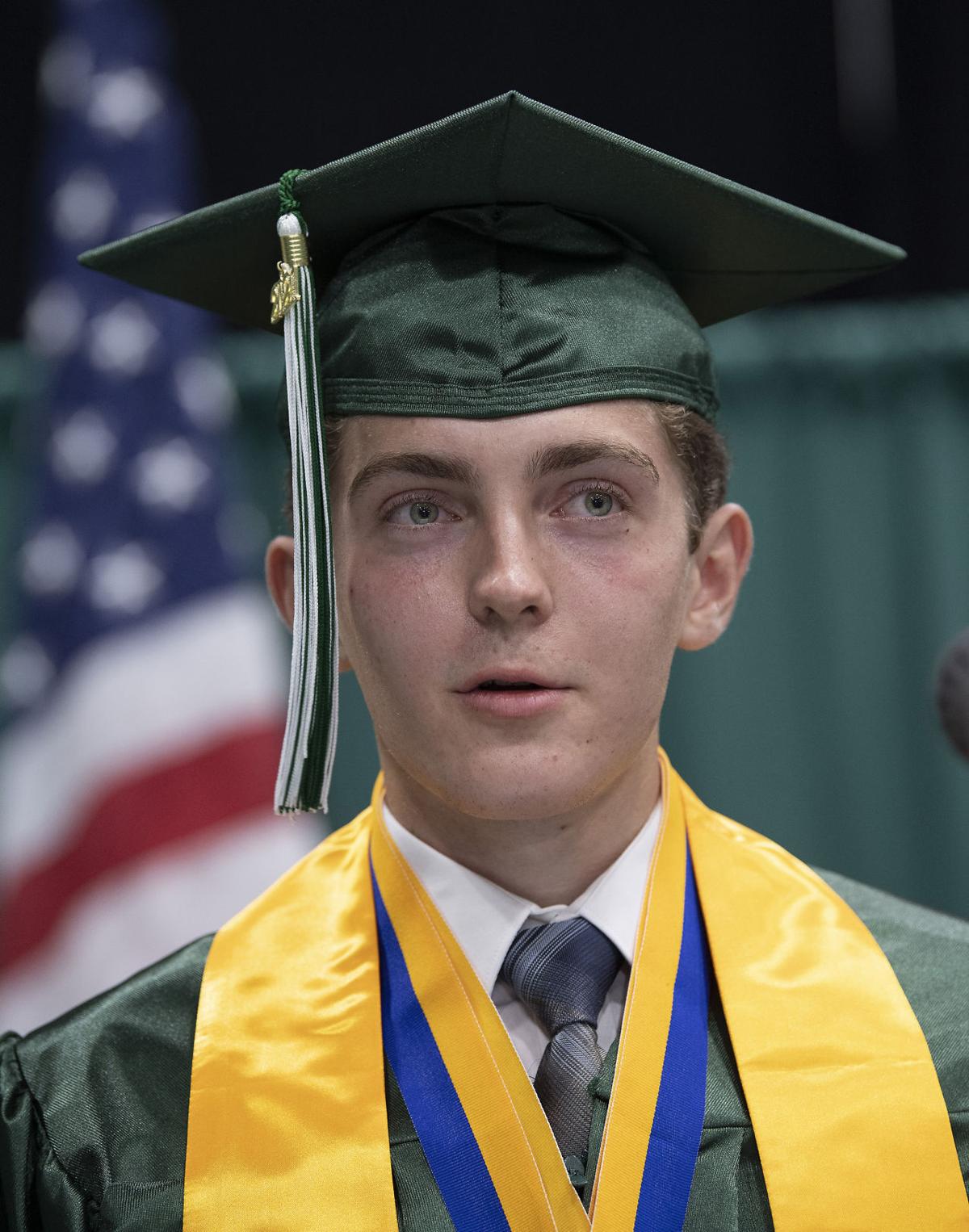 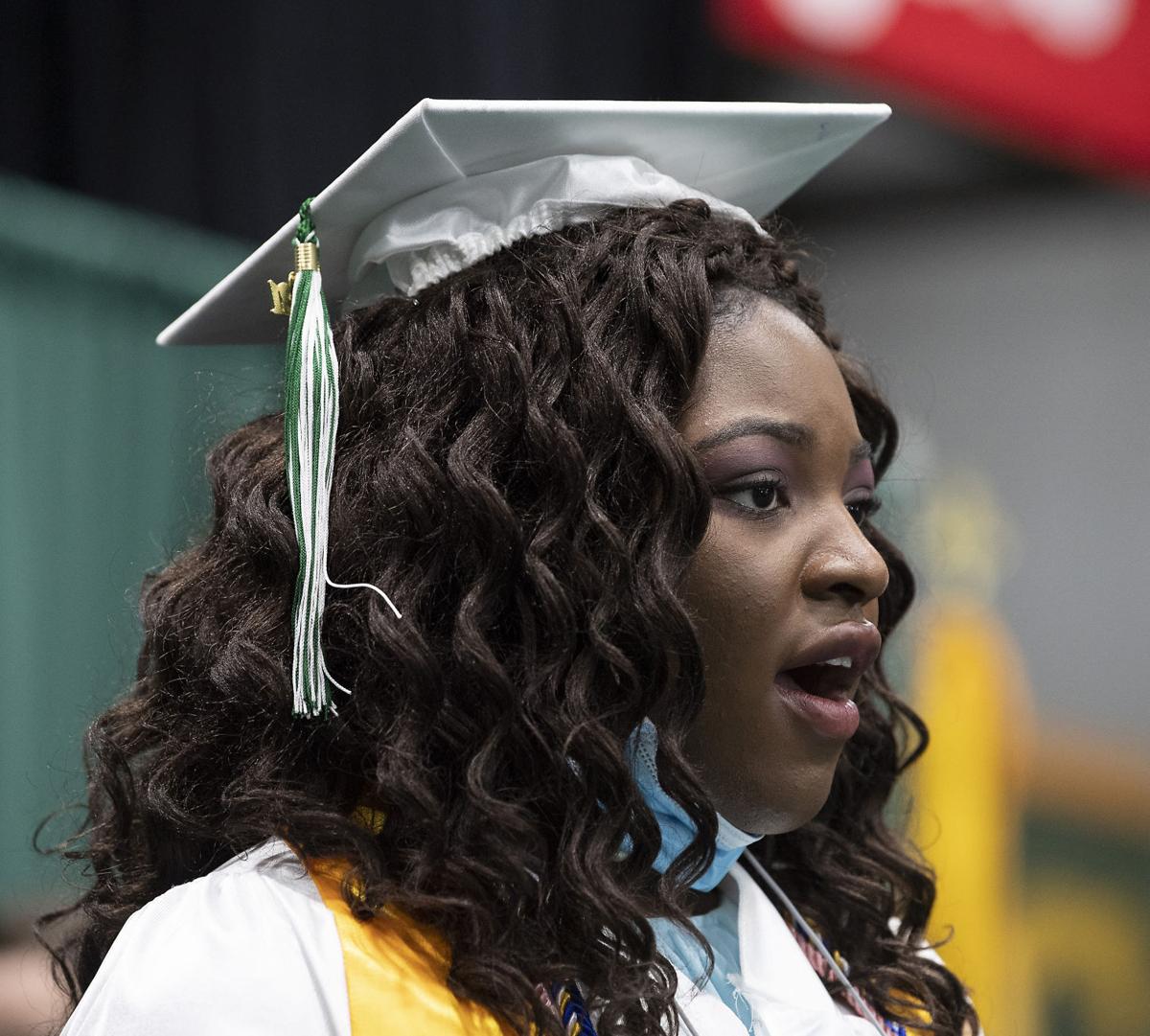 St. John’s Catholic Prep graduates toss their mortarboards into the air at the conclusion of the school’s 188th commencement ceremony Friday afternoon.

St. John’s Catholic Prep kicked off a week of high school commencements in the county Friday as its senior class of 63 students turned their tassels and gripped their diplomas.

Ryan Elspas, a graduating senior, said before the ceremony it didn’t feel real to be standing in the school in his graduation robe.

“This is a big thing. I’ve been waiting for it for four years. ... This is the payoff, this is everything we’ve worked for, and we’ve worked really hard, especially in the last year, and this is the culmination of everything,” Elspas said.

The private Catholic high school in Buckeystown held its ceremony in the school gymnasium, with the commemoration featuring numerous faculty awards and a speech from class valedictorian Kevin Guinan.

The senior class of St. John’s had a 100 percent college acceptance rate, according to information provided by the school. Students are going on to attend 48 different institutions all over the world, from Hood College in Frederick all the way to The American University of Paris. One student also plans to join the Army.

“Never has the personal attention given to the college application process from our counseling department been more important than it was this year,” said school counselor Paulette Anders in a statement. “We are so proud of the SJCP Class of 2021’s ability to persevere. It has been a very challenging and unusual year for all of us, but especially our seniors.”

Guinan, who plans to attend Lehigh University in Pennsylvania, said he was excited to take such a big step in his life and was thankful to be able to share it with his classmates in person.

“We know that not everyone was blessed with an in-person graduation, so we’re very thankful for everything we have received this year,” he said. “St. John’s has done a great job of keeping us in person and providing for us when so many schools have not been as fortunate. So, we’re very grateful, very excited, very proud.”

Grace Rish, the class’s salutatorian, shared gratitude as well and said she is going to miss the community aspect of the school.

“Our community here at St. John’s is very much rooted in family, so I’m definitely going to miss that, and hopefully I’ll be able to carry on what I’ve learned here,” she said.

The graduation ceremony was extra special because it was the last for the school’s president, Thomas Powell, who has served in that role for six years.

Powell, who announced his resignation earlier this year, is going on to serve as interim president for Frederick Community College.

The outgoing president spoke of how proud he was of the graduates during the ceremony, given the last year was so unique and challenging.

“When you’re as old as me, your grandchildren will be rolling their eyes when you tell them, ‘You know what it’s like to go to school with a mask on for a year?’” he said.

To commemorate Powell’s last ceremony, school Principal Will Knotek presented him with a gavel inscribed with wording commemorating Friday’s ceremony. Powell was given the special honor of banging the gavel on the podium to close out the school’s 188th commencement ceremony.

Next up: FCPS graduations

Graduations for Frederick County Public Schools high schools will be held across four days next week. The schedule is as follows: