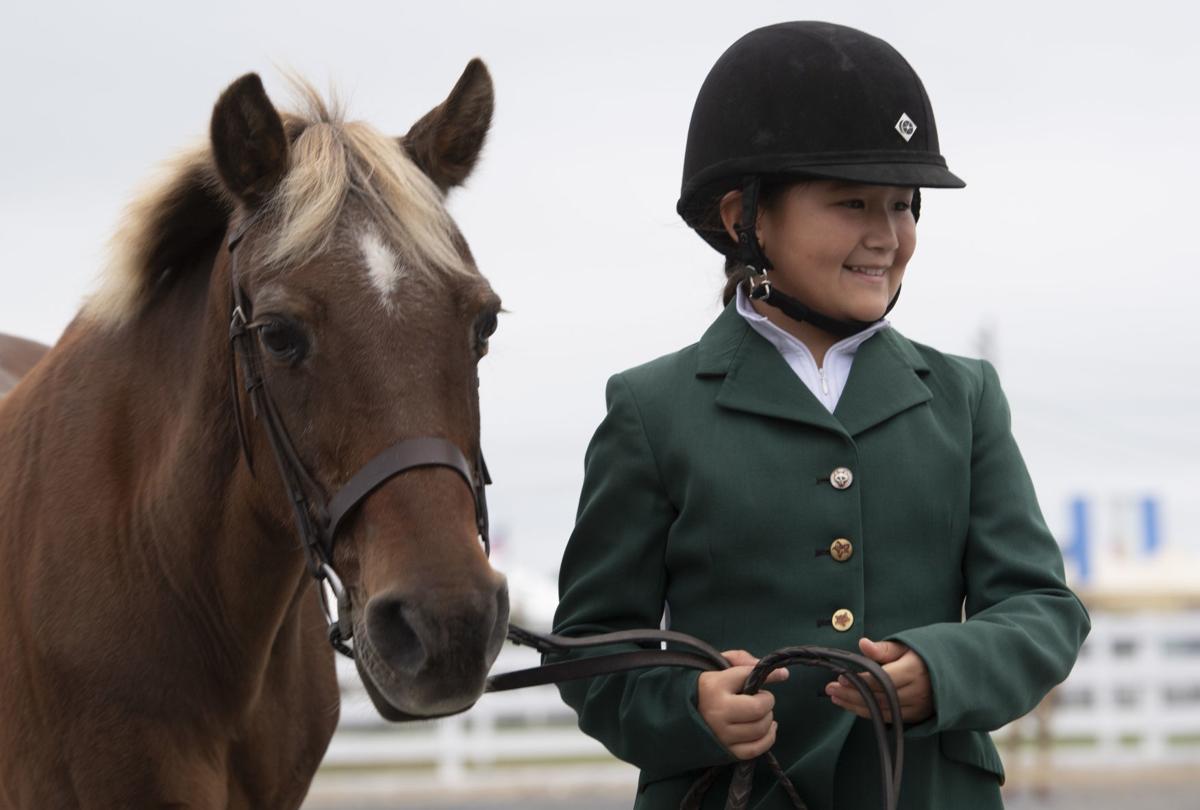 Josie Grozbean, 8, of Ijamsville, exits the ring with her horse, Boo Boo, after winning the Class 2 competition Saturday at The Great Frederick Fair. 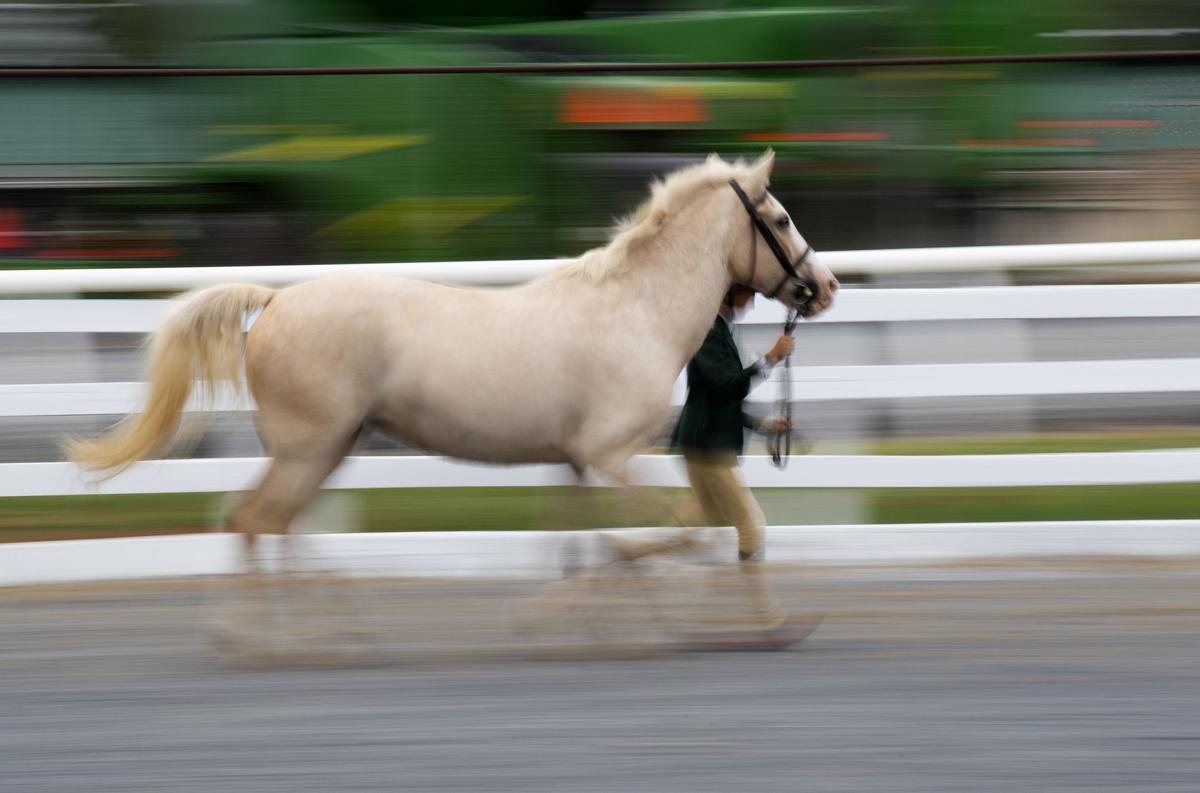 Jelly, an 18-year-old quarter horse cross is led through the arena by 11-year-old Lola Grozbean during a competition Saturday at The Great Frederick Fair.

Josie Grozbean, 8, of Ijamsville, exits the ring with her horse, Boo Boo, after winning the Class 2 competition Saturday at The Great Frederick Fair.

Jelly, an 18-year-old quarter horse cross is led through the arena by 11-year-old Lola Grozbean during a competition Saturday at The Great Frederick Fair.

Before the crowds picked up at The Great Frederick Fairgrounds on Saturday morning, 30 people had already gathered at the Outdoor Equestrian Arena and Expo, just northwest of the Fair’s Main Stage.

Several horses and children young and old were participating in more than 20 classes of horse competitions, showcasing trotting, walking and the overall bond between themselves and those equines.

Megan Downing, 14, won the Class 1 competition, the senior class. She’s been training with Mac, a 15-year-old quarterhorse, for about eight years.

“Now, I can do showmanship without a halter and stuff, and he’ll listen to me and all that, so it’s just building a bond, which is really good,” Downing said.

Megan’s mom, Dawn, thanked the county’s 4H organization for this year’s show. She said significant improvements had been made to the overall track, and moved the equine expo closer to the competition.

“It means a lot to the kids because it’s important to them. And the fair has really done a lot this year,” Downing said.

She added the Boots ‘N Buckles Club is an instrumental part of getting young kids involved in equestrian sports.

Audrey Poffenberger was an ambassador for the 4H FFA, helping out with prizes and completing other duties during the competitions.

The competitions are her favorite part of the fair, because she used to ride and showcase horses in competitions herself.

“There’s definitely a trust and bond in there because you have to gain trust in your animal,” Poffenberger said. “And of course, they get attached to you after a while.”

Josie Grozbean, 8, of Ijamsville, was another example of that. Her horse, Boo Boo, won the Class 2 competition.

“I’ve put in a lot of practice and I’ve been training a lot, and I think I knew I was going to get it ... but you never know,” said Grozbean after she won Class 2.

Boo-Boo is a 36-year-old male Welsh horse, Grozbean said. She added she likes one aspect of competing the most.

“I like trotting, because it was fun running with Boo,” she said.

Megan Downing said she looks forward to the competitions each year.

“It’s cool to see the different skill levels and all the different people and different types of horses because it’s not a one-breed show,” she said. “I like all of it, it’s really just fun for everyone to come out and then we all go get lunch, and it’s a blast.”