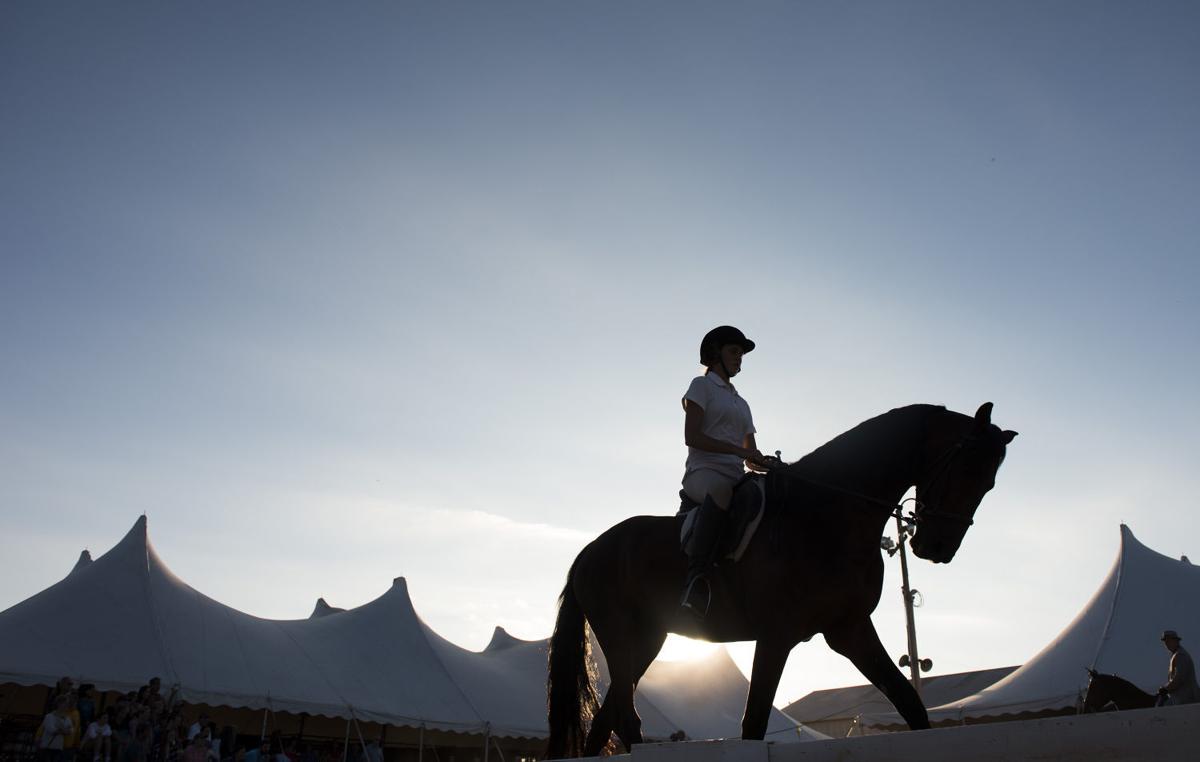 Katerina Barrett rides CBMF, a 10-year-old Morgan horse during a parade of horse breeds Saturday at The Great Frederick Fair. 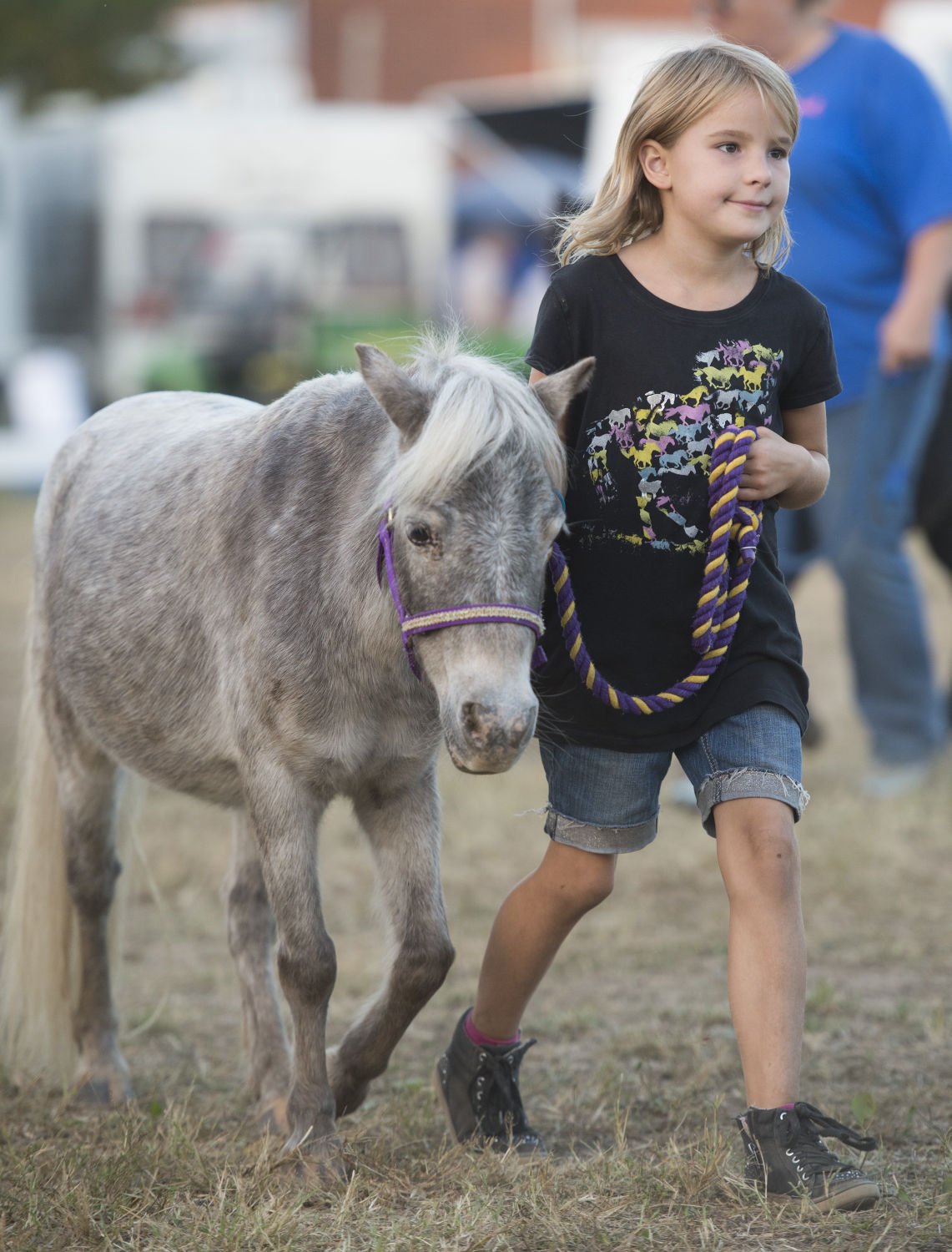 Leah Remsberg, 7, walks with a miniature horse during a parade Saturday at the fair.

Katerina Barrett rides CBMF, a 10-year-old Morgan horse during a parade of horse breeds Saturday at The Great Frederick Fair.

Leah Remsberg, 7, walks with a miniature horse during a parade Saturday at the fair.

Horses took center stage during the last day of the 2016 Great Frederick Fair, offering a learning experience for those who have not had much exposure to the animals.

For horse lovers and those who are merely curious, there were several horse parades and a parade of horse-drawn antique vehicles on Saturday.

In the parade of horses at the grandstand, riders showcased various steeds as a mounted announcer offered history and general information about the breeds.

Many Maryland horses, the announcer said, were sent off to Europe during World War I, never to return.

As miniature horses were walked and trotted around the grandstand ring, the announcer explained that they are sometimes used like guide dogs and they make good therapy animals.

The first event was immediately followed by the parade of horse-drawn antique vehicles, in which drivers showed off decorated carts pulled by miniature horses.

Rockville resident Peter Abzug said the events were a good way to learn about horses and about agriculture in general.

He didn’t know much about the animals, he said, so it was interesting to hear how how the breeds evolved over time.

“You don’t see this on Rockville Pike, so it’s a chance to get out to the country,” he said. “I’m really glad it’s nearby.”

It was Abzug’s first time at the fair, and he said he planned to come back next year.

Kim Crum, of Walkersville, was one of the few drivers in the horse-drawn vehicle parade. She was pulled by two of her miniature horses, Scarlett and Annie.

She has been driving in The Great Frederick Fair parade for about three or four years, she said, and has noticed that the number of participants has dwindled.

There were two carts at Saturday’s event. Crum speculated that may be due to conflicting events or drivers not being willing to load up their horses and carriages for the parade.

Crum’s cart was light-blonde wood with a black seat. She got it in Lancaster, Pennsylvania, from Amish craftsmen, she said.

It was decorated with small American flags and her horses wore red, white and blue headdresses.

Susan Jessee attended the parades with her husband, Lawrence Jessee, and son, Matt Jessee. They have been regular fairgoers, but had never been to the horse events. A neighbor was participating this year, Susan Jessee said, so they decided to attend.

The family said they appreciated being able to learn something about the animals.

“There is so much that we still haven’t seen,” Susan Jessee said. “[The] Frederick fair is an educational event for young and old.”