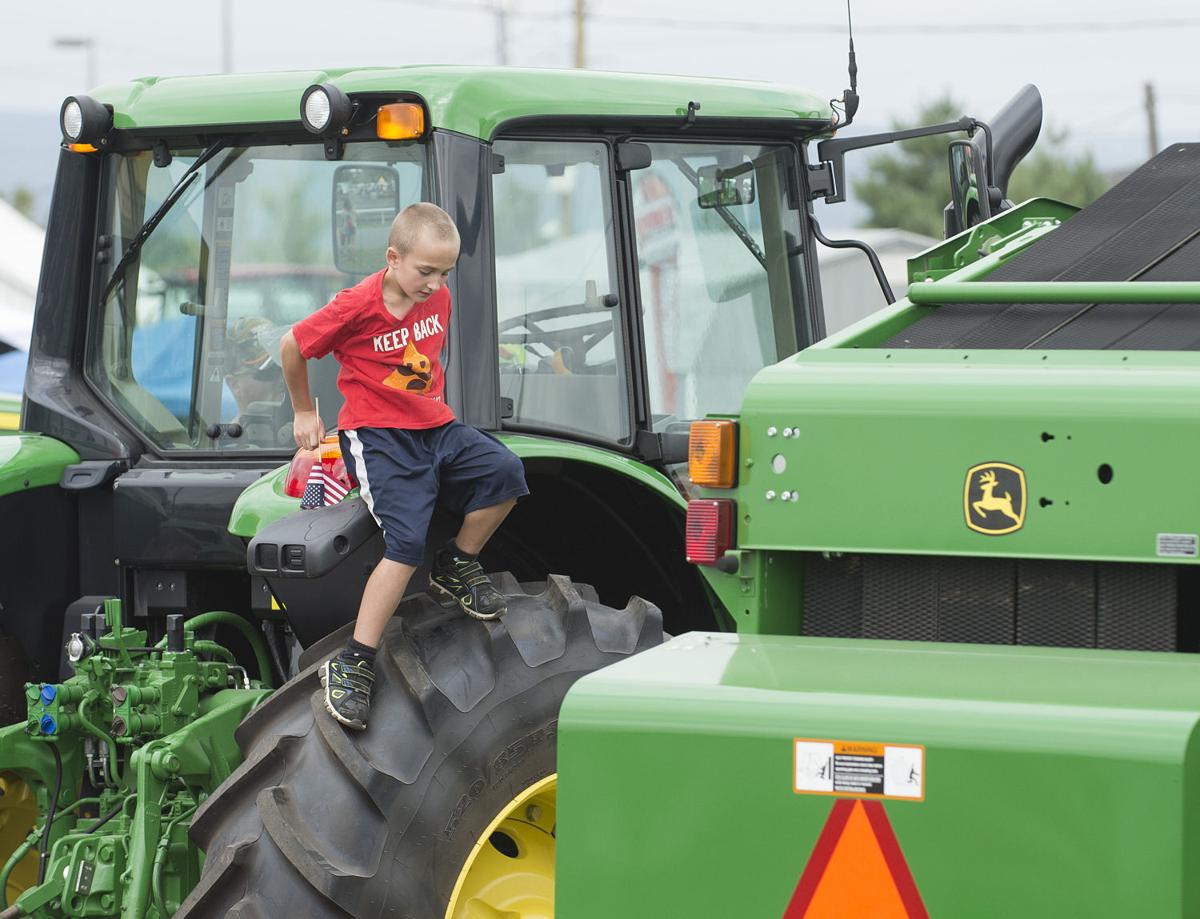 Ben Chmelik, 11, plays on top of a John Deere tractor on Machinery Row at the Great Frederick Fair Saturday afternoon. 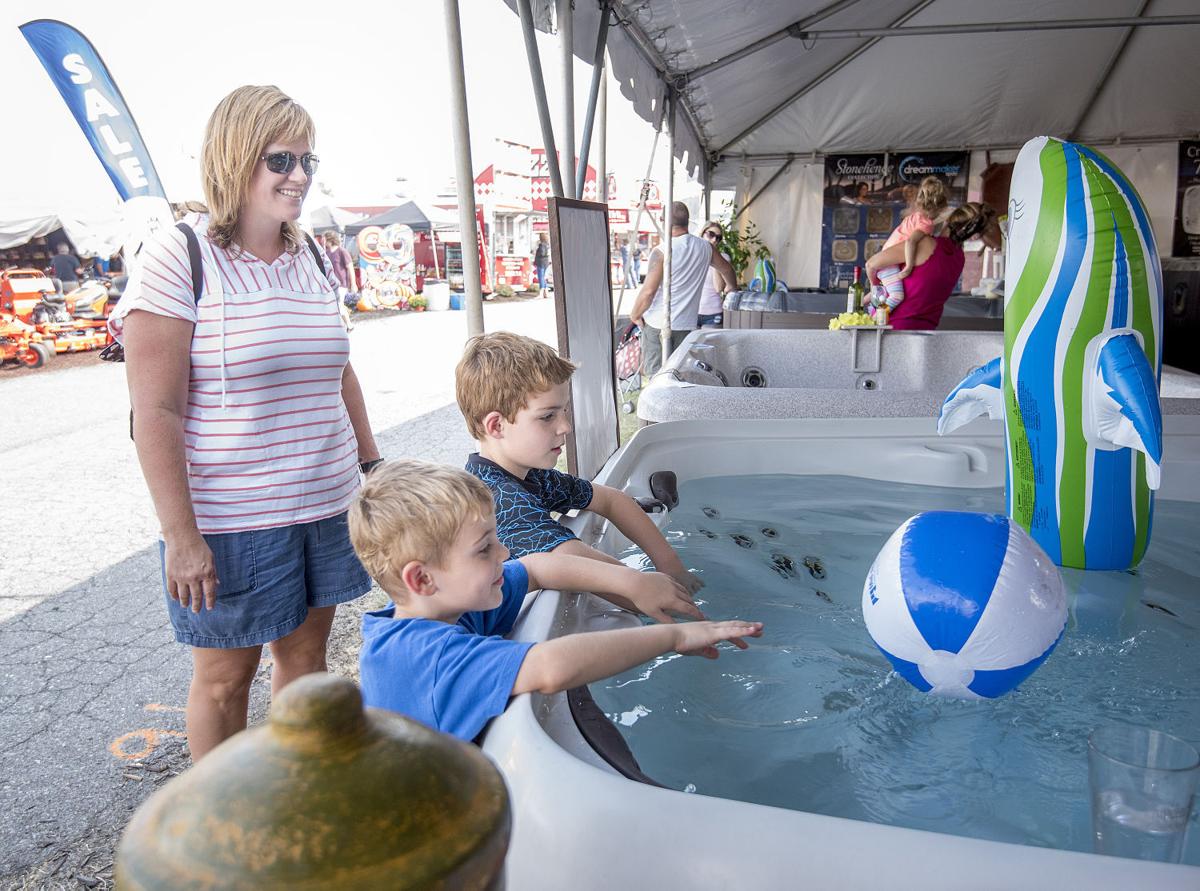 Kate Frownfelter and her sons Colin and Aiden check out one of the spas at the Browning Pool & Spas tent at the Great Frederick Fair. 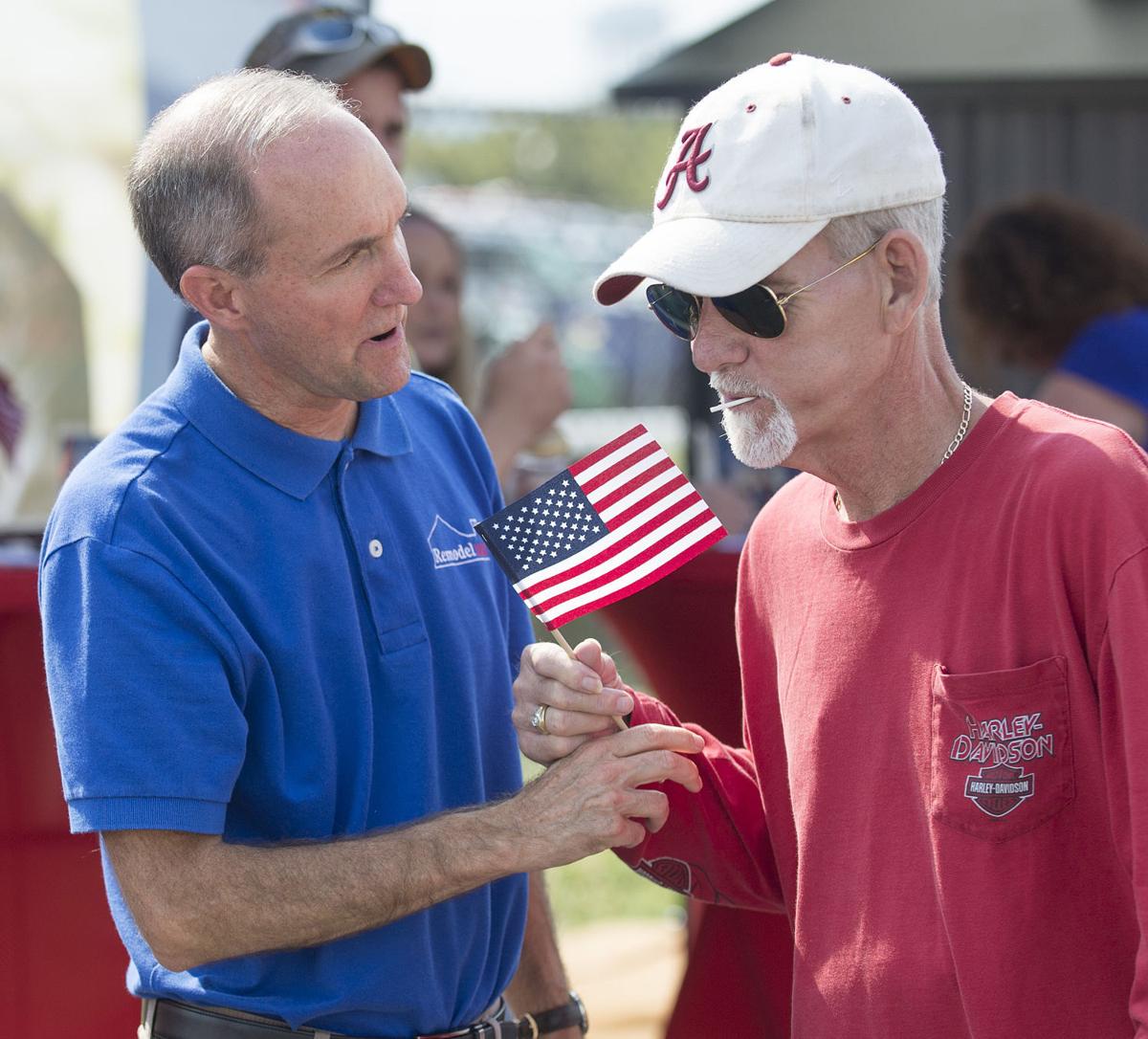 Ben Chmelik, 11, plays on top of a John Deere tractor on Machinery Row at the Great Frederick Fair Saturday afternoon.

Kate Frownfelter and her sons Colin and Aiden check out one of the spas at the Browning Pool & Spas tent at the Great Frederick Fair.

Corndogs, lemonade and funnel cakes are fair necessities. But the annual event is also a unique opportunity to get hot tubs, tractors and trailers.

A vendor space at The Great Frederick Fair plants the seed for customers who are looking to purchase farm equipment, with people coming to the store after the fair, said Gladhill Tractor Mart employee Brandon Lowe sitting in a chair Saturday at the vendor’s spot on what’s called “machinery row,” which boasts more than $3 million in farm equipment. Occasionally, something will sell at the fair, he said.

“It’s great exposure,” he said. “It’s definitely worth it.”

Lowe said the vendor has “the only free ride at the fair” pointing toward a combine that was retrofitted to be a slide for children. Inside a shed on the vendor’s area were tractor toys and shirts, among other things. He said the fair does really well with the toys, garnering $1,000s of dollars worth of sales.

P.H. Drayer Co. Inc. specializes in fencing and buildings but brings out trailers to a vendor spot at the fair. Employee Gary Miller manned the space Saturday and said the company does specials for fair week. And the audience at the fair are typically people who may need trailers for their agricultural purposes.

“It’s all about letting people know we’re here,” he said. “The fair is a great thing. It draws people to a central location and they get to see all aspects of agriculture.”

Sue Hull, the fair’s marketing and public relations coordinator, said machinery row and similar tents are placed together at the portion of the fair where people would be more interested in agriculture-related products. She said shopping for specific items at the fair is a unique opportunity, pointing out the different tractor vendors who are all located in walking distance to each other.

“They’re not neighbors with each other out in the community,” she said. “Customers can talk to the vendors in one spot if they’re shopping.”

“It’s a gift and a question and the question is ‘what’s your next project?’” he said.

Gorham estimated that the company has about 100 people set up appointments at each event. He said they’ve had a presence at the Frederick fair for about 10 years. People also sign up for a sweepstakes to win $15,000 for any home improvement project.

Hull said most of the 200 commercial vendors, which is an umbrella term encompassing businesses and food vendors, are from the area and have had the same location at the fair for years. She said customers know where to find them.

People stopped by to say hi to Chad Barrick, owner of Barrick & Sons and Barrick Garden Center, who was sitting on a patio chair with friends on a patio the company spent three days building before the fair began. Barrick said he’s had a vendor tent at the fair for about 12 years.

Barrick said he sets up about 50 appointments to go to someone’s house for projects during the fair. He also sold three trailers as of Saturday afternoon. He said he also enjoys having a spot because he likes being outside and catching up with friends and customers.

It’s the same for Frederick Store Manager John Blaskowski of Browning Pools & Spas, who was grilling in his tent.

Three children came up to one of the hot tubs full of water that had an inflated dolphin in it and started playing with it.

“We get a lot of sales and a lot of contacts,” he said. “A lot of people already know us.”

The company has been setting up the hot tubs, spas, stoves and other products at their tent for about 20 years, he said. As of Saturday afternoon, he had sold two jacuzzis already. Last year he sold 17 spas, he said.

“The fair’s my best price,” he said, explaining people often have wanted to purchase a spa for a long time and decided to purchase at the fair. He said he pushes out the past year’s model at the fair to make room for the upcoming years’.

Some partnerships between businesses have even blossomed because of the fair, Hull said. Someone on the fair board suggested Buffalo Wild Wings and Tire World co-sponsor the Chris Young concert three years ago. They did and thought of other ideas to partner with outside of the fair, such as customer appreciation events and car care clinics.

Tire World gives away a pair of tires every year, which is a draw at the fair to help them get exposure.

Nancy Hendricks, the first woman on the fair board, said the early fair was where the Maryland School for the Deaf is now and machinery and fair equipment was sold but when the fair moved to the current fairgrounds more vendors came to participate.

“It used to be machinery, people made you a deal at the fair,” she said.

Former Mayor and member of the fair board Jim Grimes bought a Bobcat last year at the fair and used it to help transport chairs from the Grand Stand, he said.

“It’s an opportunity to display and make prospective buyers,” he said.